Cocktail of the Week: The Gin Cup

Henry Jeffreys
No Comments on Cocktail of the Week: The Gin Cup

Honestly, this weather is playing havoc with our cocktail scheduling. Last week we were sitting out in the garden. The flowers were in bloom, the trees were budding, and the mint was growing back nicely so I thought I’d do a summery cocktail for early April. And then yesterday it was snowing. How can you plan for that drinks wise?

The simple answer is you can’t, so I’m going ahead with this summery classic as planned. It’s called the Gin Cup and it’s a great warm weather refresher. Or fireside sipper, depending on what’s going on outside. With the combination of booze, ice and mint, it’s not dissimilar to a Mint Julep or a Mojito.

It’s one of those cocktails so simple, that it doesn’t even have an origin story. There was no Captain T. Bartholomew Cup Jnr who had it made at a club in Baltimore after a hard day’s railroad baronning. More’s the pity. 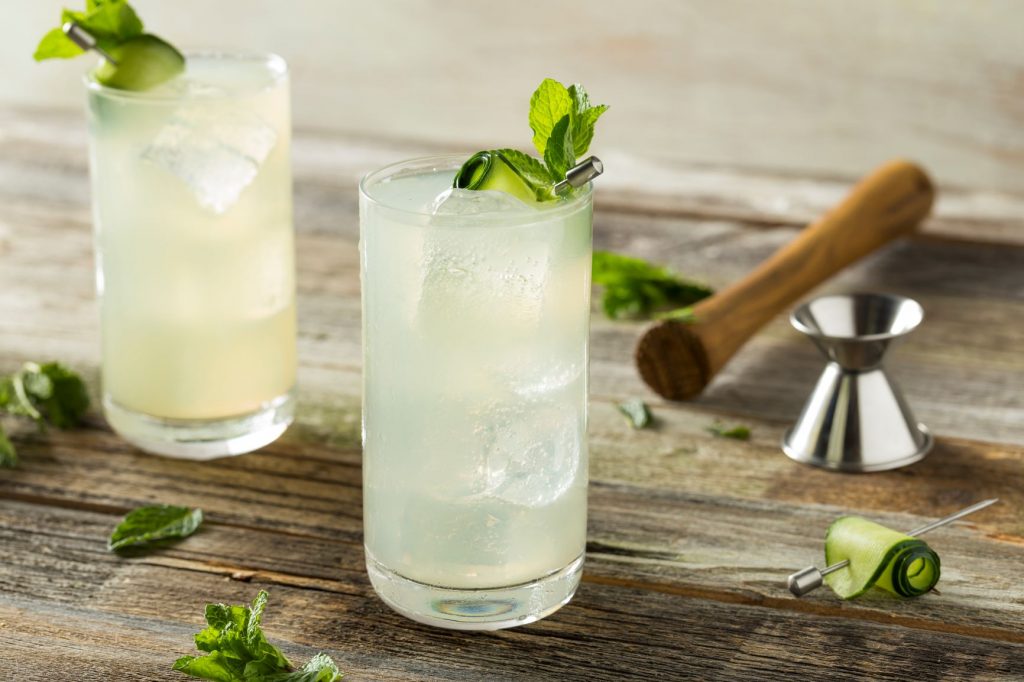 Gin cup, a cocktail for all seasons

The Gin Cup is built for customisation. Treat the recipe below as a starting point, then play around to create your own version. You can add a dash of Angostura or fruit bitters, a liqueur like Cointreau or something like Chambord to take it into Bramble territory, or go mad on the fruit to make a lighter alternative to Pimm’s. But really where this cocktail comes into its own is with flavoured gins.

Now, we know that flavoured gins, ie. gins that have flavour, and often colour and sugar added post-distillation can divide gin lovers (see this article for the full debate). For some they are nectar of the gods, for others a straying from the path of junipery righteousness. As you might expect from a drinks retailer, we’re more ecumenical. If it works, we have no problem with it. Though it would sometimes be helpful if there was some indication of sweetness levels on the bottle. We’re looking at you Tanqueray Flor de Sevilla.

One that’s going to appeal to both camps is Whitley Neill’s Aloe and Cucumber. It is a flavoured gin but it’s still juniper-led and dry, so it does all the things a standard London Dry can but with added refreshment from the aloe and cucmber.

Whitley Neill was one of the pioneers of flavoured gins. Founder Johnny Neill told us in an interview last year that he started experimenting with flavours and it just took off from there: “We were led by how well-received the first couple of flavours were, they just went crazy. The whole thing just blossomed and ballooned. We were drawing people that hadn’t really enjoyed traditional dry gins before as well and helping to grow a category. So it was partly us and partly the consumers enjoying the flavour profiles.” They do a huge range from Quince to Blood Orange. 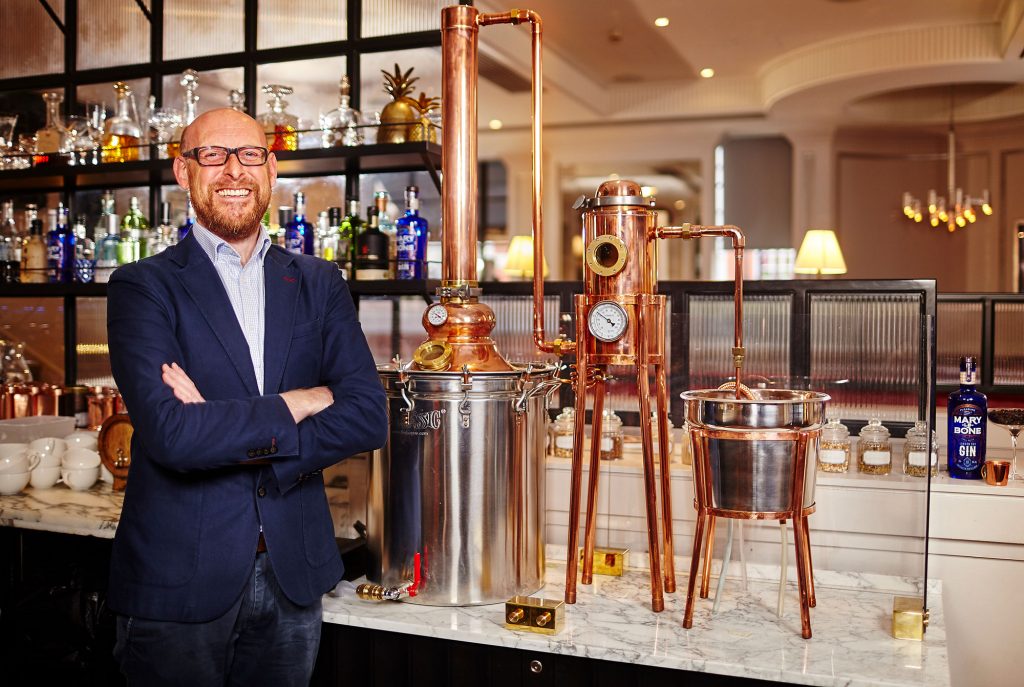 Johnny Neill, gin is in his blood

Gin is in the blood

Neill comes from a great gin family: “My father worked as the director for Greenall Whitley, based in Warrington, which at the time was the largest independent brewer in the UK and also owned Greenall’s Gin. His uncle, JD Whitley, was the chairman of the group and my father’s grandfather, or my great-grandfather was a chap called John James Whitley, or JJ Whitley, he was managing director of the company for about 40 years. It goes all the way back to 1762 when Thomas Greenall founded the company. So I’ve got eight generations behind me and I started tasting gin early and always loved it.”

Following a career in accountancy and finance. He took up the family legacy with the foundation of Whitley Neill in 2005. Since then, he’s gone on to create other brands like Marylebone London Dry Gin and Berkshire Botanical gin as part of the Halewood spirits family.

Any of those gin would be delicious in an infinitely adaptable cocktail like the Gin Cup. If you’re using a sweeter flavoured gin, then adjust the sugar levels accordingly.

Here’s how to make a Gin Cup:

Put three sprigs of mint and sugar syrup in a rocks glass and muddle together. Fill the glass with cracked ice, add the lemon juice and gin, and stir until a frost forms on the outside of the glass. Taste and add more sugar syrup if needed. Garnish with a final sprig of mint, a slice of lemon and cucumber.

Ultra-rare Brora Triptych released as distillery reopens this May