Master of Malt
No Comments on Cocktail of the Week: The Dominican Double

This week we’re stirring up a booze heavy cocktail with Brugal 1888 rum from the Dominican Republic. It’s called the Dominican Double and to tell us more we have brand ambassador Jamie Campbell.

When you have a high quality spirit, the best thing to do when mixing it is to keep things simple. You don’t want to drown the flavour in sugar syrups or fruit juice. Which is just the case with Brugal 1888 Gran Reserva Familiar rum from the Dominican Republic in the Caribbean.

It’s a classic smooth Spanish-style rum that will appeal to lovers of Santa Teresa or Diplomatico from Venezuela. Made from sugar cane molasses grown on the island, it’s fermented and distilled in a column still, and then treated to prolonged cask ageing. First it spends some time ex-bourbon barrels before secondary maturation in Oloroso-seasoned European oak casks.

Jamie Campbell has just been appointed ambassador for the brand, and talked us through what this double maturation achieves: “The first ageing process provides a lot of the flavours and aromas you expect from a rum, for example vanilla, cinnamon and chocolate, but for me, it is the second maturation in European Oak casks where the magic really happens. Here, we start to get flavours like figs, raisins and bananas which complement the flavours from the American oak ageing and elevate the complexity of the rum to new levels – the liquid is constantly evolving on the palette and has this incredibly long finish and mouthfeel.” Sounds pretty tasty, doesn’t it?

The year on the bottle, 1888, isn’t the vintage, sadly, but the year the brand was founded by Don Andres Brugal Montaner, who was originally from Sitges in Spain. In 2008, the Edrington Group, acquired a majority stake in the company. Nevertheless, it’s still family run. In fact, only family members can become maestro roneros – rum maestros. There are currently two, Jassil Villavueva Quintana and Gustavo Ortega Zeller. Campbell explained that the distillation “process has been passed down through each of the five generations of master rum makers and the exact specifications and process are a closely guarded secret between them.” 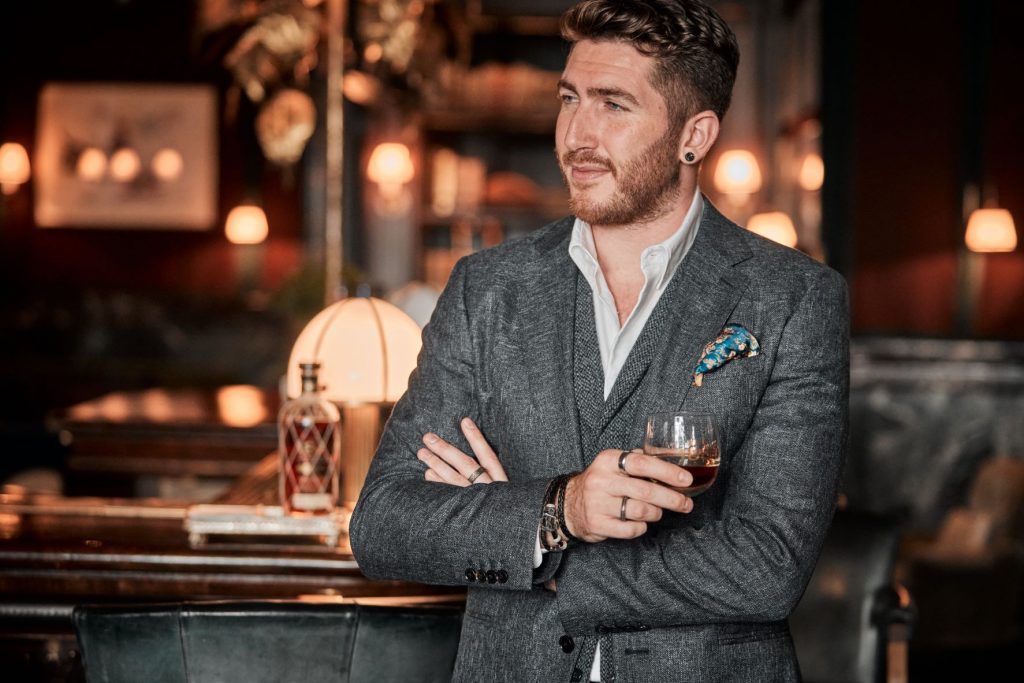 The story behind the cocktail

So you can understand why you don’t want to muck about with it too much. Campbell is particularly keen on something called a Double Dominican. So-called because it combines the rum with a banana liqueur from the same island plus some dry vermouth. The result is something not far from a Palmetto – but with a tropical twist. And who doesn’t enjoy a tropical twist of an evening? We’ll show you how to make one below.

Campbell has been working in the hospitality business since he was 14. “I quickly fell in love with all things restaurant and bar related. When I moved away to university, I landed my first ever bartending job and began to get more involved in the cocktail side of things, when I eventually took over as the bar manager, redesigning the cocktail menu and style of service.” From here he moved into the brand side of the business with a stint working with Lucas Bols before he was made brand ambassador for Brugal 1888 earlier this year. He’s “super excited and passionate about building the brand and the super-premium rum category in the UK.”

Campbell thinks that high quality rums are having a bit of a moment, especially sipped neat or, as he puts it “nearly neat” like in a Dominican Double. He continued: “I love that you can still taste the rum and the complexities of the liquid as typically, rum can often be overshadowed in cocktails and smothered by lots of additional ingredients such as fruit juices. In this cocktail, we simply use a small amount of crème de banane to enhance the tropical flavours of the rum, as well as some dry vermouth to provide a dry, refreshing end taste. It’s a simple cocktail on paper, but the flavour and finish are truly delicious.” 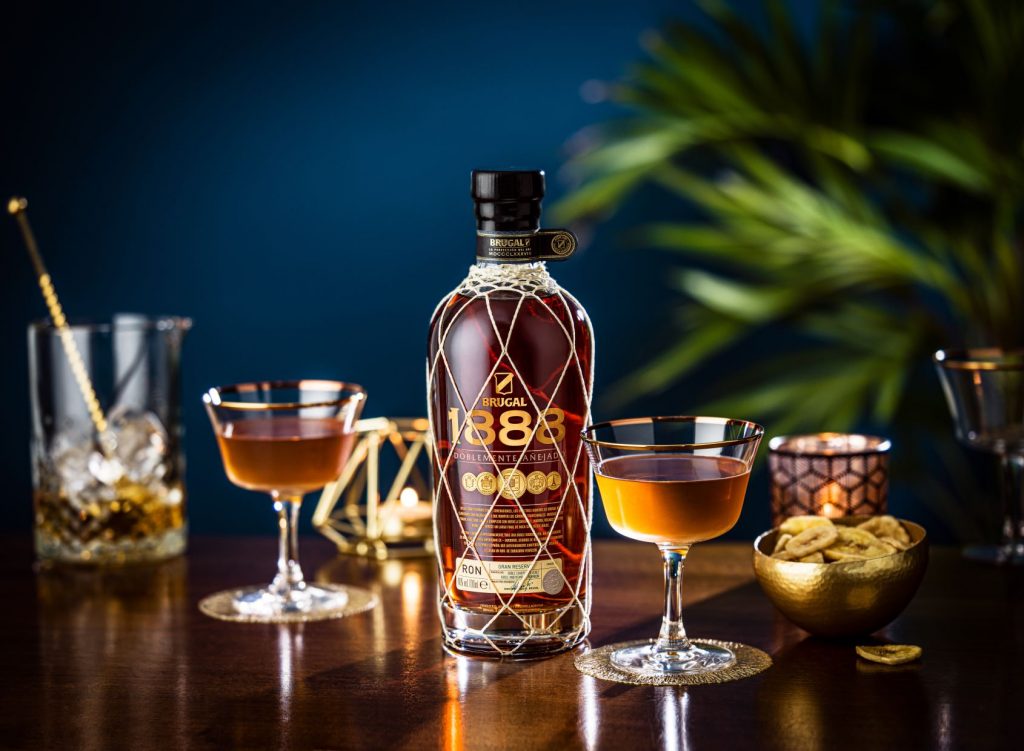 How to make a Dominican Double

Method: Add all ingredients to a mixing glass with cubed ice and stir, before straining into a chilled coupe glass. Garnish with banana chips on the side.