Cocktail of the Week: The Betty

Henry Jeffreys
No Comments on Cocktail of the Week: The Betty

Today we’re making a refreshing gin-based cocktail inspired by the great-grandmother of the founder of Ealing Gin. She was quite a gell (say it like the Queen saying ‘girl’ not like something you might put in your hair).

America has Hollywood, India has Bollywood and England has. . .  Ealing. Doesn’t quite have the same ring to it but the film studios in Ealing made some of the country’s best loved films like Passport to Pimlico, Whisky Galore! and The Lavender Hill Mob. These intensely British films known as Ealing Comedies were usually about small people (in society, not stature) taking on authority and winning. These were made in the ‘40s and ‘50s but the studio was founded in 1902 and is still going strong today: Shaun of the Dead and parts of Downton Abbey were filmed there. 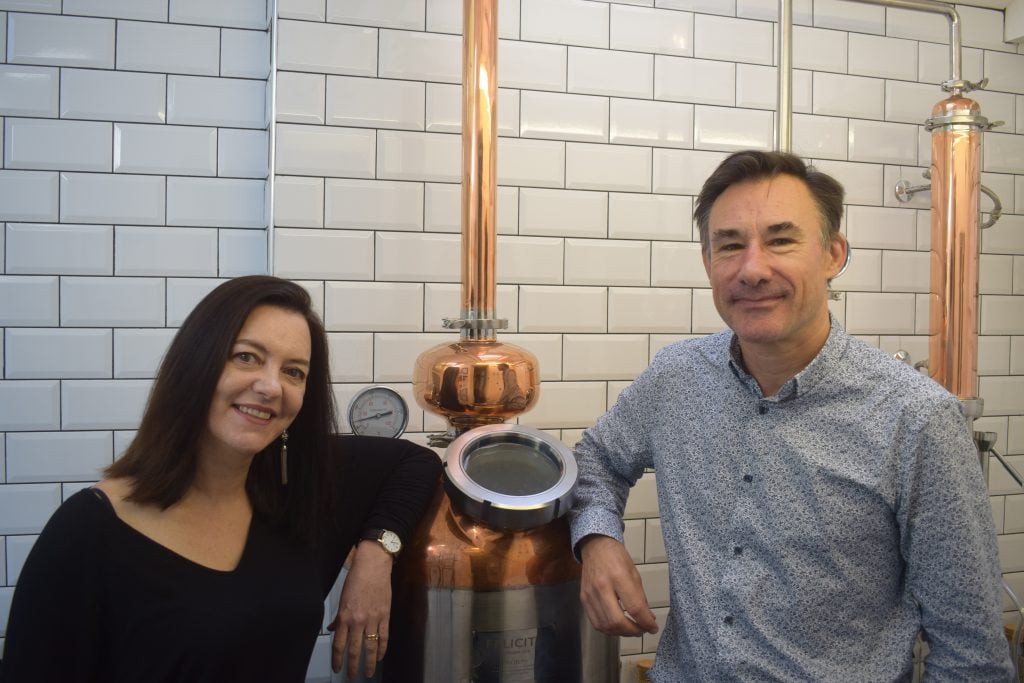 Amanda and Simon Duncan, with Felicity

Ealing is also home to the Ealing Distillery. Nice segway there, don’t you think? Set up by Amanda and Simon Duncan who came to the gin business from a PR and marketing background respectively, it operates from a tiny premises with one still, called Felicity, in Duncan’s home borough. They have styled their gin rather grandly “The Queen of London dry gins”. It’s not just marketing fluff, however, but a reference to Ealing being known as “The Queen of Suburbs”, a phrase coined by the borough’s surveyor Charles Jones in a book published in 1902, and then repeated ad nauseum by estate agents and developers ever since. Still, it is a nice part of London with it low rise suburban housing, wide open green spaces such as Ealing Common and magnificent art deco architecture like the former Hoover factory (now a Tesco) on Western Avenue, which I use to gaze at in wonder as a child as we drove past on our way back home to Amersham.

The bottle with its pink and green art deco motifs takes its cue from buildings like the Hoover. And happily the contents live up to the packaging, it’s a spicy floral London dry gin smelling headily of pink peppercorns and rose petals, but it’s very much juniper-led making it a good all rounder. The Duncans have come up with a special cocktail which they have christened ‘the Betty’ in honour of Simon’s great grandmother. According to the bumf she was an it girl on the 1920s and 1930s Ealing scene. She trained at RADA, and had bit parts in some of the local films while working as a waitress in the Lyon’s tea room in Berkeley Square. She lived to the ripe old age of 96. What a gell!

The cocktail named in her honour is essentially a Tom Collins with the addition of rose syrup instead of sugar which accentuates the rose petal notes in Ealing Gin.  It’s a great sipper for a warm spring day. So, let’s raise a glass to the little man, to Ealing and, most of all, to Betty.

Pour the Ealing Gin, rose syrup and lemon juice into a cocktail shaker filled with ice cubes, shake quickly then strain into a high-ball glass filled with more ice. Top up with soda water, give it a quick stir and garnish with a slice of lemon.