Henry Jeffreys
No Comments on Challenging times for Port

What with the hottest July since records began, Covid and wild boars rampaging through the vineyards, it’s been a difficult vintage in the Douro valley. Nevertheless, Adrian Bridge and David Guimaraens from Taylor’s are confident that the Port industry has the tools to weather the storm.

We’re all still getting to grips with Zoom meetings so we can sympathise with one attendee at a Taylor’s event recently who forgot to mute her mic before saying: “This is just the boring webinar I’ve ever been on in my life”. It certainly got a laugh from everyone and CEO of Taylor’s, Adrian Bridge, had the grace to realise it was the perfect moment to hand over to his winemaker David Guimaraens for a vintage report.

Yet, Bridge, an ex-army man and one of Port’s most influential characters, was being far from boring, explaining how Taylor’s was toughing out Covid. It’s a big business, taking in the Port brands Croft, Fonseca, Krohn and Taylor’s itself, plus hotels and a recently-opened World of Wine museum (WOW) in Oporto. According to Bridge: “Port sales are up in most markets with many people choosing to consume Port at home people.” But, people are drinking wines that they find in their local supermarket rather than the more expensive things from restaurants. Earlier this year, the company sent its first ever shipment to South Korea. The home market, however, highly dependent on tourism, is 50% down. 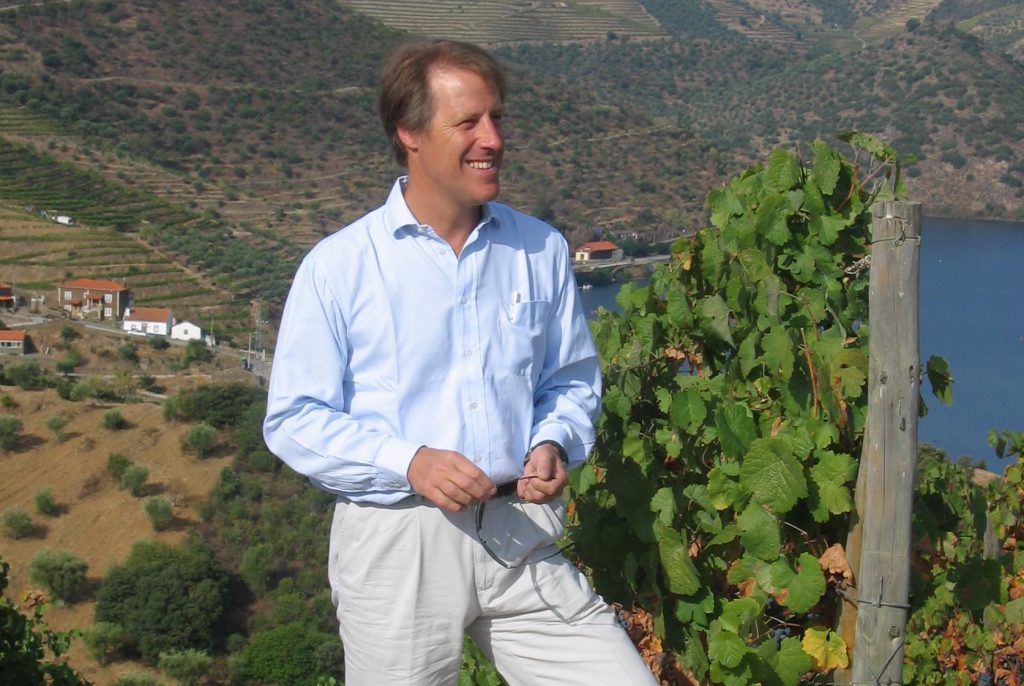 In Britain, sales of Taylor’s White Port and Croft Pink, both great cocktail ingredients, are booming. The UK market makes up over 30% of the business so Bridge is making sure plans are in place for a complicated Brexit. The company is building up stocks over here, so don’t worry, there’s no need to panic buy Port.

The industry continued throughout Covid but with social distancing restriction in place. Taylor’s opened a supermarket for staff so they could buy provisions without having to mingle or queue. The company used their downtown Porto hotel, the Infanta Sagres, to put up medical workers and supplied hospitals with hand sanitiser made from aguardiente.

Covid also meant that the traditional foot-treading that many Port companies still use for their finest wines (the foot is a great medium for extracting flavour and colour without crushing pips and releasing bitter notes) wasn’t able to take place this year. In April, Taylor’s put in robotic treaders, effective but not quite so much fun.

It was a challenging vintage in other ways, according to winemaker Guimaraens. During the festival of São João on 22-23 June when the whole town usually turns out to hit each other with rubber hammers (not this year, sadly), temperatures hit 40°C. July was the hottest since modern records began with 13 nights where it did not drop below 20°C. On average, it was 3.5°C hotter than normal. There was some welcome relief with rain in August but then there was another heatwave and, according to Guimaraens: “Suddenly all the vineyards needed to be picked.” Normally, the grapes ripen in stages depending on altitude and situation but not this year. White grapes harvest began on 24 August with reds on 3rd September. Guimaraens said it was “a race against time” to harvest everything before grapes turned into raisins. 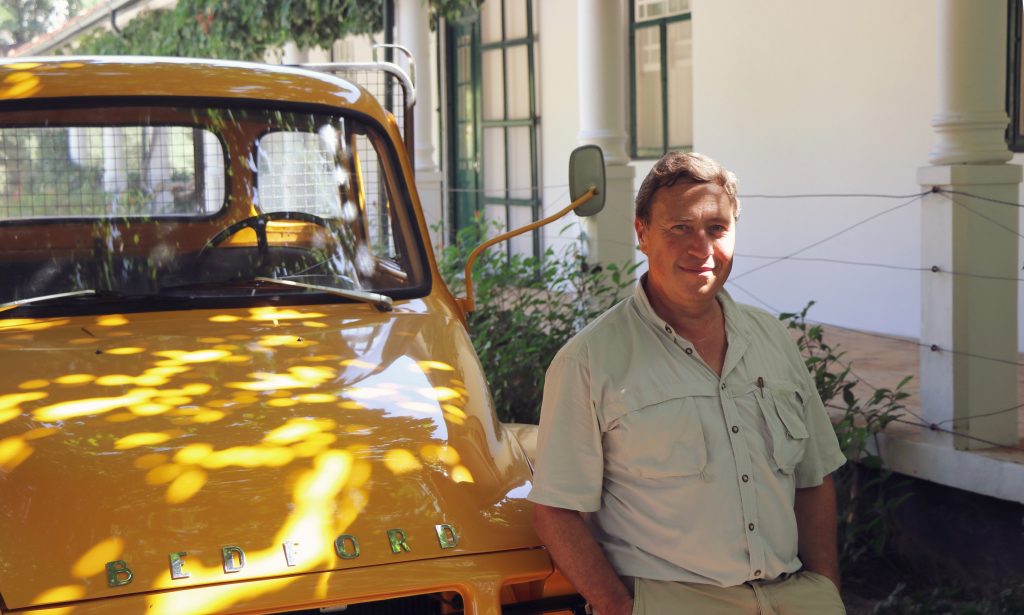 Some grape varieties struggled, shrivelling on the vine whereas others like Tinta Cão coped well. Paul Symington from great rivals, the Symington Family Estates which owns brands such a Graham and Cockburn, commented: “The good news is that our indigenous varieties are well adapted to hot and dry Douro summers and demonstrate a variety of natural responses to challenging conditions. However, consistently high temperatures (above 35°C), are – without a doubt – a problem for the region.”

Yields were down 30% but with massive sugar levels, the highest since proper records were kept. Guimaraens said that he’d never known a year like it though apparently the 1940s were similar. But he reached back even further in time, they have long memories in the Douro, comparing 2020 with the legendary 1820 vintage when the grapes were so ripe that they couldn’t ferment properly leaving most wines sweet. This is thought to be when Port changed from being a dry to a sweet wine.

Guimaraens commented: “Port as a fortified wine copes well with very high sugar levels, it’s not a drama as it is for table wines.” Taylor’s is one of the few Port groups not to move into table wines which struggle with too much sugar. He went on to say that, “I’m happy with the Ports we have produced.” The wines have lots of colour, something highly prized in the Douro, and unbalanced wines can be blended with wines from lighter vintages into tawny ports. In perfect years like 2011 or 2016, they can make vintage  ports but, Guimaraens said: “In variable years it is tawny ports, blending and ageing, turning imperfect Ports at harvest into perfect tawny Ports. Two different styles, both equally great. In the trade we have all the tools to adapt to a region like the Douro valley.” So, a vintage declaration, only done where the wines are exceptional all over the region is very unlikely, but the company may offer vintage releases from specific quintas (farms) with cooler vineyards. 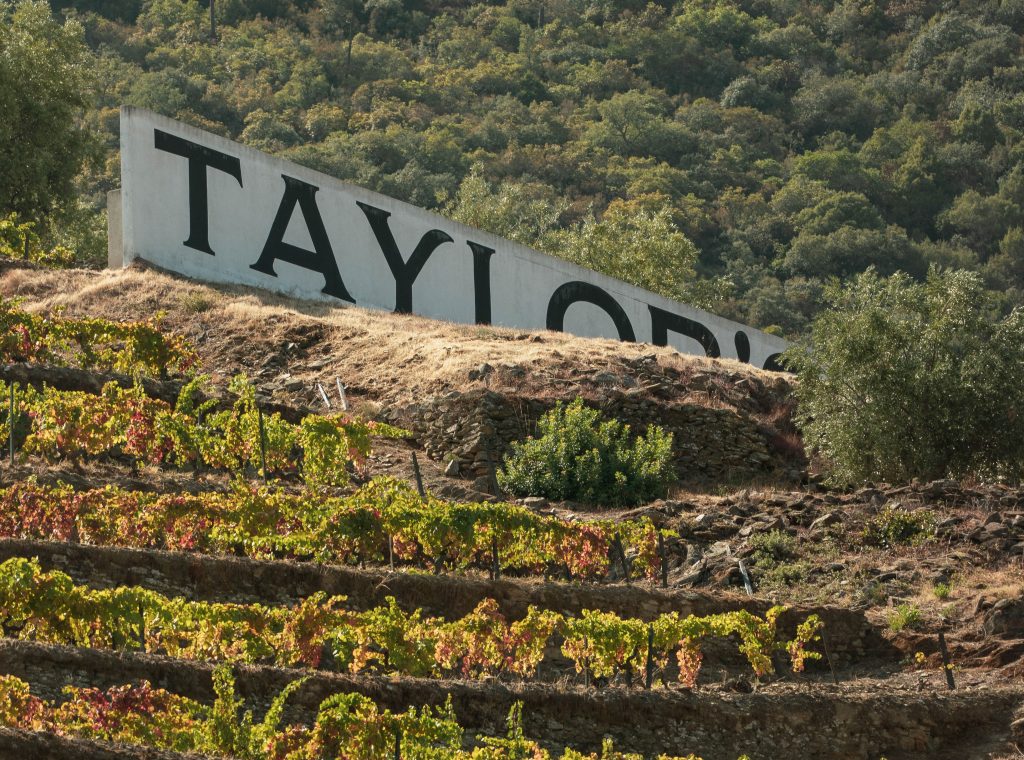 The final problem in a year of difficulties was the wild boar population which through lack of hunting is increasing. Bridge said that “they have become quite a pest and do a lot of damage.” Traditionally, boar would have been turned into sausages etc. but Taylor’s put a stop to the practise on its properties. Bridge, however, muttered that it might be time to revise that decision.

Here are three great wines from the Taylor’s stable to try:

It’s great to see the White Port and Tonic, the drink of Oporto take off in Britain. It makes a lighter alternative to the G&T but a nutty lemony off-dry White Port like this is also lovely drunk chilled on its own.

This is where much of the 2020 vintage will go, blended, and long-aged in wood. Ten years is an average so there’s younger and much older wines in here, giving very ripe strawberry fruit and long walnutty finish.

We might also see some wines like this from 2020: not a proper vintage Port but a single harvest wine made in lesser years. At the moment, it’s still bursting with youthful fruit like  black cherries and plums with distinct spicy fennel note and leathery finish.

Lyre’s: masters of the no-alcohol alternative