The Drinks Trust, Hospitality Action, Licensed Trade Charity, and Springboard have come together to create National Hospitality Day. We think it’s a great idea, so we decided we’d shout about some of our favourite establishments.

Good news everyone, National Hospitality Day is on the horizon (18 September)!

Ok, so you might not know what that is. In your defence, it is new. On Saturday the very first one launches as a nationwide celebration of pubs, bars, restaurants, operators, and suppliers in the UK. It was founded by four charities, The Drinks Trust, Hospitality Action, Licensed Trade Charity, and Springboard, to mark the resilience of an industry which has been brought to its knees by the Covid-19 pandemic and subsequent lockdowns.

While they had a devastating effect on the industry, they did also serve as an invaluable reminder of how much richer our lives are for having great bars, pubs, restaurants, hotels, and more in them. No more taking our favourite destinations for granted. Now they’re back, they need our support to survive and National Hospitality Day is a chance to say “welcome back – we’ve missed you” and celebrate all that’s great about UK hospitality.

The charities behind the initiative are asking brands, distributors, bars, pubs, restaurants, or any operator up and down the land to pull out all the stops to come up with a fundraising and sponsorship activity. And we’re doing our bit by championing some of the fantastic venues at the heart of our communities. Here are some great destinations we think you should head to from various people throughout Master of Malt. 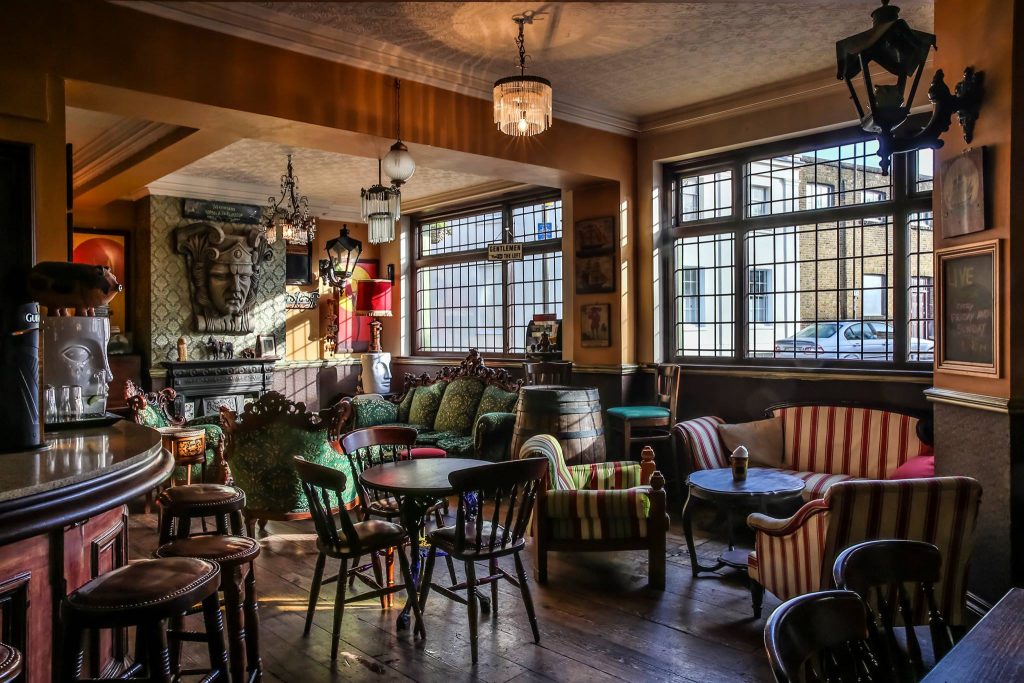 You will not be disappointed

We stumbled upon this place in 2018 when we heard jazz music as we were walking up Royal Hill in Greenwich. We poked our heads in and the place was packed, so we were about to turn around and go home when we were collared by a jolly bearded man who greeted us like old friends, and somehow found space for my wife, daughter, and me to sit. Delicious pizzas on long wooden boards were going by so it seemed silly not to order one. The beer was nice, Harvey’s Best, and the house wine was tasty and Sicilian. The man who greeted us turned out to be Sicilian as well, Pietro la Rosa, and he ran the pub with his family. The whole room was stacked top to bottom with bric-a-brac including a lifesize plastic rhinoceros head sticking out of the wall. The music was great, and we ended up spending most of the afternoon there. Pietro brought over colouring books for our daughter. Since that day, we went at least once a month for the music, the pizza, a few drinks but mainly for the welcome. During lockdown, we avidly followed the Prince’s Instagram account, worried that Pietro was going to throw in the towel. Thankfully he didn’t and the place is as wonderful as ever. It’s the best pub in London, if not England, as far as I’m concerned.  Here’s to you Pietro, the Prince of Greenwich! 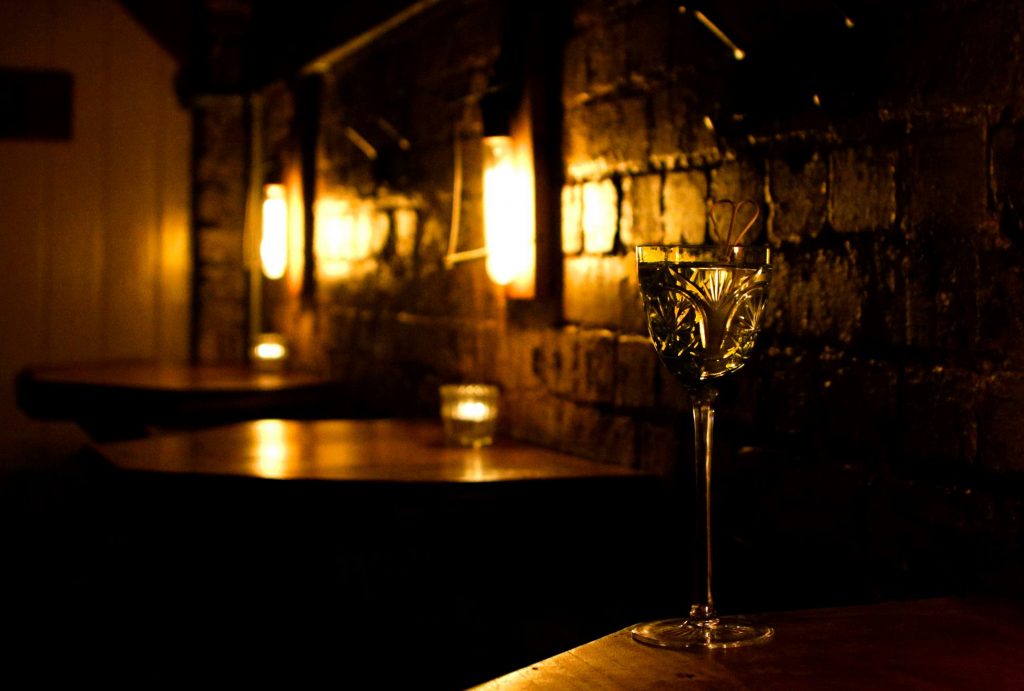 For one of the East Ends must-visit bars, it’s not exactly easy to find The Discount Suit Company. Down a narrow staircase past an unmarked black door and behind a heavy black curtain is a former suit tailor’s store room that was turned into a ridiculously cool London bar in January 2014. Stumble on in and you’ll be greeted by a blend of Northern soul and vintage rock’n’roll in a space that evokes its 1970’s suit shop heritage with original brickwork and low hanging ceiling rafters. A bar top chiseled from a large cutting table is the centrepiece, manned by a really friendly staff making delicious classic cocktails with minimum fuss. It was one of the first places I visited once we were all allowed to go to a bar properly again and the cosy atmosphere, quality drink and conversation with the bartenders really underlined just how much I missed it. If you’re looking for somewhere a little off the beaten track to settle back into the world of high-end cocktails without all the return-to-normality mayhem, this is the place. 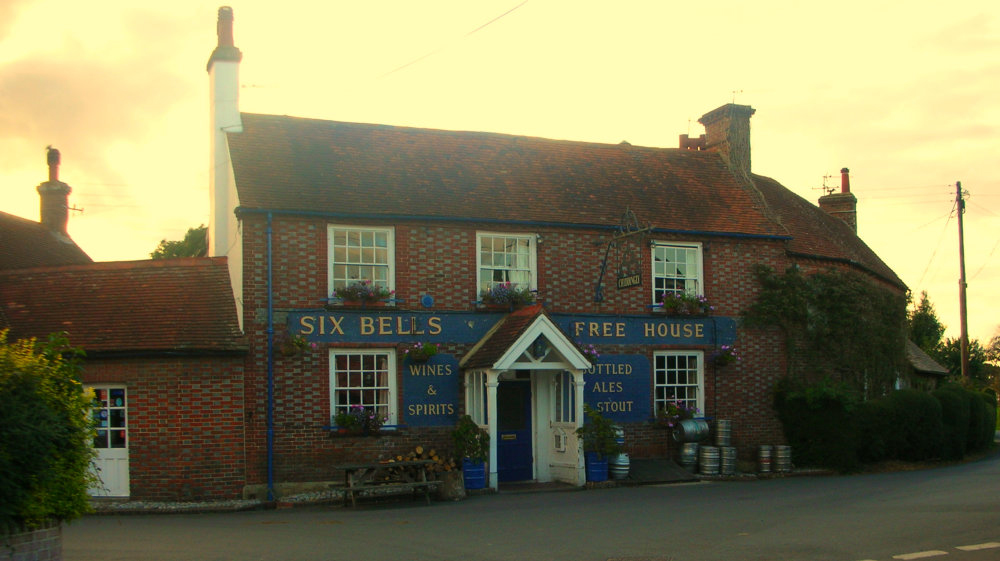 What do you look for on a night out? If your answer is any of the following: cracking and varied live music acts, cheap and cheerful food served in big portions, a super friendly atmosphere, and/or plenty of cute reading nooks, then I haven’t found anywhere better than The Six Bells in Chiddingly, Sussex. In the heart of a quaint, but energetic village, there’s loads of great walks to go on in the area if you’ve eaten too much (which you probably will) and the pub is patronised by lots of charming locals who appreciate the no-fuss, old-school nature of the place. Some have been going there since the 70s, which says an awful lot about The Six Bells. 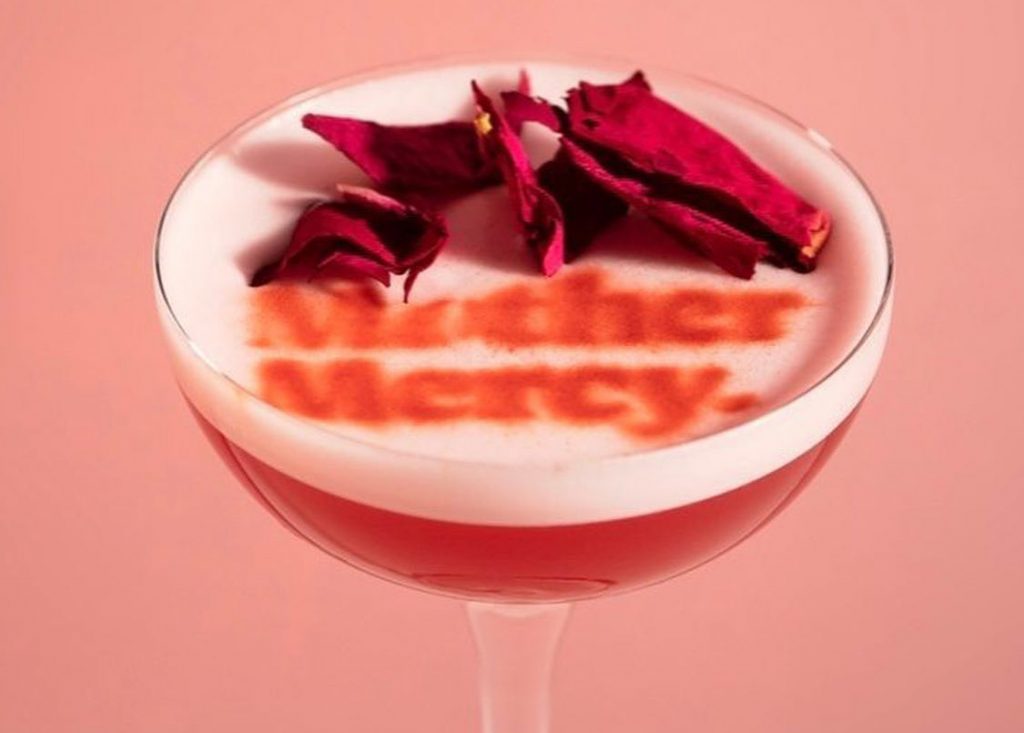 The cocktail menu sounds too good to not give it a try, to be honest

Mother Mercy is one of those places that just makes me happy. Housed in an intimate basement cocktail bar in the heart of Newcastle-upon-Tyne, the bar managed to pull through lockdown with the help of 750ml bottled cocktails, which are full of fizz, full of flavour, and available for home delivery across the UK. Now that you can visit, however, you should check out the modern classic cocktails (think East 8 Hold Up, Espresso Martini, and Gin Basil Smash) as well as original creations like the Bananabread Punch, Marshmallow Fizz 2.0, and Pinwheel. All made with fresh ingredients, great spirits, and skill. Couple that with a hip-hop playlist, bring pink decor, and the friendliest staff in town… what’s not to love?! 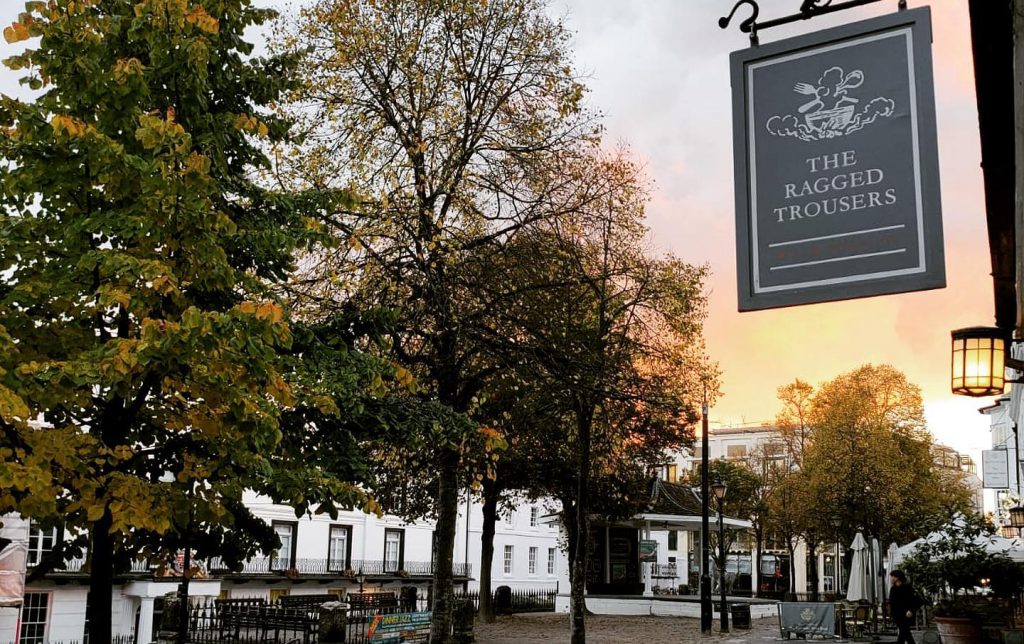 A staple stop off on many a Master of Malt night out, The Ragged Trousers in Tunbridge Wells has been fully independent since opening its doors almost 16 years ago. Located on the historic Pantiles which, to be honest, was all looking a bit neglected before The Ragged came along – when a few local folk decided enough was enough and they needed a good, indie local pub. These days, you’ll struggle to find a seat on a sunny weekend, with exceptional food during the day, a well-procured list of wines, spirits, and guest beers, throw in some of the friendliest staff in town and their Spotify playlists and I’ll stay all day! An impressive testament to its popularity and success, the team behind the Ragged has expanded its franchise to include sister pubs The Sussex Arms which will forever hold a soft spot in my heart – great people, great music, a basement for gigs downstairs, fires in winter… check it out! And The George, which is up the hill (usually a no-no for someone based in downtown Tunbridge Wells), but does brew its own beer, making it an ideal safe haven for Pantiles people who have ventured to the dreaded “top of town”.