Twelve years ago Brewdog’s co-founders set about revolutionising the beer industry from a garage in Aberdeenshire. And revolutionise it they did, ruffling countless feathers along the way with 55% ABV beer stuffed inside taxidermy animals, herbal Viagra-spiked American IPA, and the first beer ever brewed on the ocean floor.

It’s of little surprise that this cavalier ethos has been applied to Brewdog’s ever-expanding distilling arm, which recently introduced a botanical spiced rum. The fifth spirit in the core range, named Five Hundred Cuts, is inspired by Elizabeth Blackwell, “a heroine of Aberdeenshire back in the 1730s”, explains Steven Kersley, head of distillation at BrewDog Distilling Company.

Born in Aberdeen in the early 18th century – “a time of huge change,” observes Amanda Edmiston, a self-styled herbal storyteller known as Botanica Fabula – Blackwell went on to create one of the most comprehensive herbals* of her era. Recording a ground-breaking 500 plant engravings (or ‘cuts’), The Curious Herbal was validated by the Royal College of Physicians and made available to both the medical elite and, unusually, a wider public audience.

“Not only was Elizabeth the first woman to publish a herbal; she was the first person to publish one with quite so many plants,” explains Edmiston. “She embraced plants that were coming into the UK from a huge range of countries. There was a real explosion in botany, and it was the first time anyone in the UK had seen cacao and allspice and Tonka beans,” which – spoiler alert – may well feature in the Five Hundred Cuts recipe. 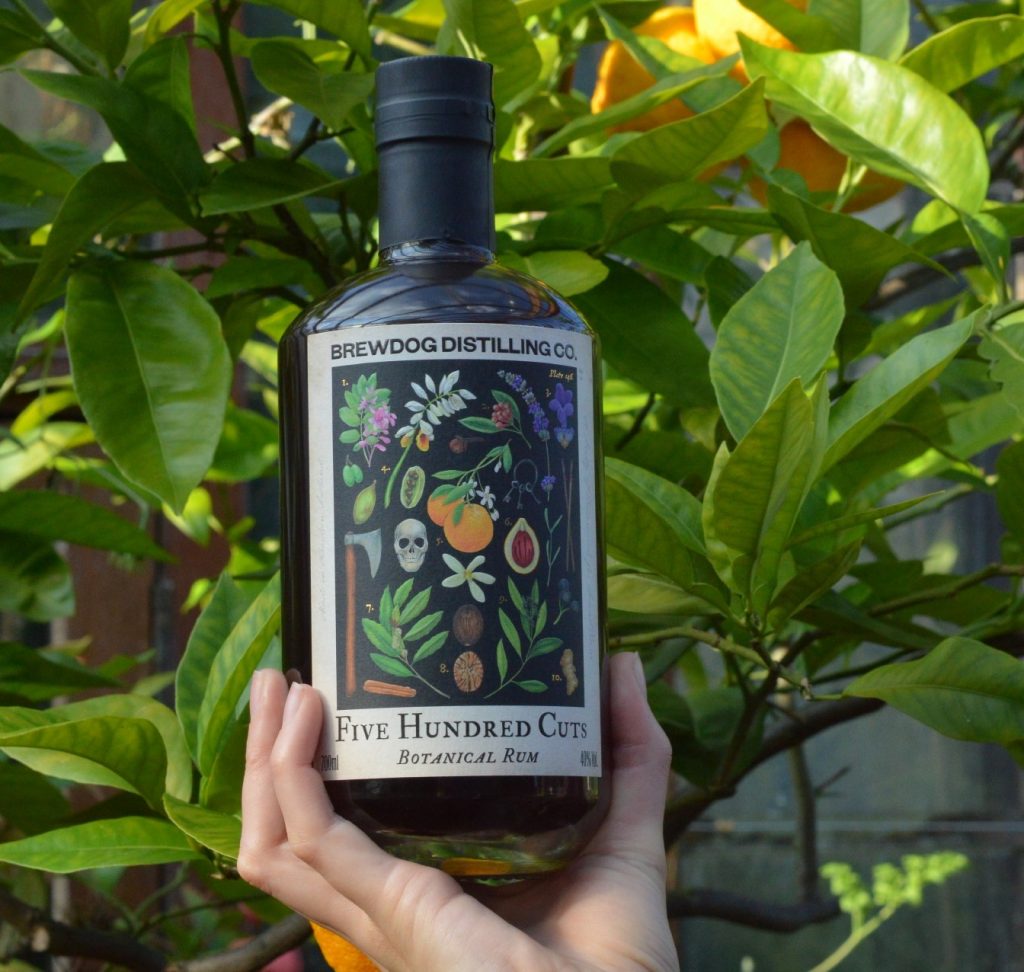 Her botanical creation is also one of the first herbals where the plants are accurately drawn – take mandrake root, for example. “Legend says it transforms into the shape of a person when pulled from the ground,” Edmiston adds, “it screams and the person pulling it up dies. For this reason mandrake root was often drawn as a little person, but she draws the actual plant.”

It’s a story made all the more remarkable when you consider Blackwell’s motivation: to pay off debts owed by her husband Alexander and see him released from Newgate Debtors Prison. Later, he managed to secure a job as an agricultural advisor to the king of Sweden, says Edmiston, but before she could join him, “he gets caught up in a Jacobite-influenced plot to fiddle and tweak the running order for the claim on the Swedish throne – and is promptly executed”. Oh dear.

Beheading aside, it’s a remarkable story that has influenced an equally remarkable rum. Five Hundred Cuts starts out as sugar cane molasses, a byproduct of the sugar refining process – since there aren’t any sugar cane fields in northern Scotland, pressing, distilling and fermenting raw sugar cane isn’t an option for Kersley and the team. “It arrives on-site in tankers, 28 tonnes at once,” he explains. “We unload it one tonne at a time, wearing those white forensic crime scene [scrubs] – it does look like a crime scene after we’re finished – and start the fermentation process by diluting that molasses down with water.”

The team ferments the molasses with a combination of red wine yeast and rum yeast; the former brings out “massive dark fruit flavours and works with the dark burnt sugar flavours coming from the molasses” while the latter “creates a lot of tropical notes like pineapples and mangos”. Yeast, after all, “is a massive source of flavour,” Kersley continues, “it doesn’t just convert sugar into alcohol – it creates a whole host of different esters and flavour profiles”. 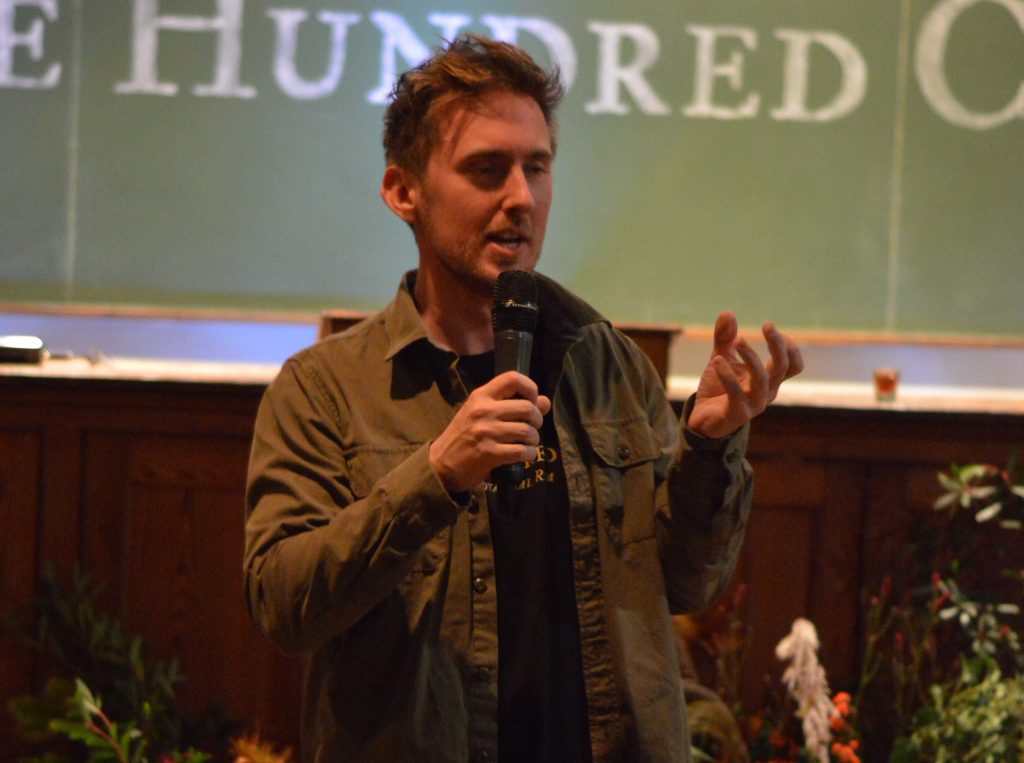 The mix is fermented for seven days at precisely 28 degrees celsius before it’s double pot distilled. Then, 11 botanicals including tonka bean, clove, lavender, cardamom, orange peel, cinnamon, mace, nutmeg, allspice and ginger are brought into the mix using two methods. The more delicate botanicals, such as orange peel, lavender, schezuan peppercorns and cardamom, were re-distilled with the base spirit to “create what is, in essence, a spiced white rum distillate”, he says.

The botanicals which are – as Kersley kindly puts it – “slightly more assertive, slightly more bold”, like cinnamon, nutmeg, mace, tonka bean, ginger, and allspice, are steeped in the remaining white spirit for 14 hours, before the solids are filtered out. Then, the macerated white rum and white rum distillate are brought together, “so we’re getting all the bright, vibrant flavours from the distillate and then a lot of the more spicy, bold characters coming from the macerate,” Kersley says. The team rounds the liquid off with a little muscovado sugar, and then it’s bottled – scroll down for some tasting notes.

So, how to drink it? Five Hundred Cuts “works amazingly across all the classic serves: Rum and Cola, Rum and Ginger Beer, Pina Colada…” Kersley says. “We absolutely love white rum, it tastes incredible, and for me as a distiller it has real potential for layering and developing flavour on top of it. The natural step was to use botanicals. We didn’t just want to create another generic spiced rum with fake colour, fake sweetness and a lot of vanilla typically added. We wanted to create something authentic, honest and packed full of flavour.”

*A ‘herbal’ is a text that contains illustrations and descriptions of plants, their medicinal preparations, and the ailments for which they are used, according to The British Library.

Master of Malt @MasterOfMalt
54 minutes ago
On The Nightcap this week: @johnniewalker_ gives away 270,000 drinks, @RosebankWhisky launches its last old release before the distillery reopens, and the cheapest pint in the UK is revealed.

Cocktail of the Week: The Red Devil