Master of Malt
No Comments on Awamori – Japan’s unknown spirit

Today, we’re delighted to have a guest post on the blog from Richard Legg who runs the Master of Malt’s WSET training. As he puts it, “I’m essentially here to ensure that we all know our Ardbeg from our Ardmore, while trying my hardest to get people here to like rhum agricole.” Here’s the first of two posts from his travels getting to know Japan’s lesser-known spirits. First leg: awamori!

In late 2019, I received a mysterious email inviting me to Japan to learn all about awamori and shochu. It was serendipitous timing as I was about to begin teaching the new WSET Level 3 Spirits course and wanted to further my knowledge of Asian spirits which are covered in the syllabus. 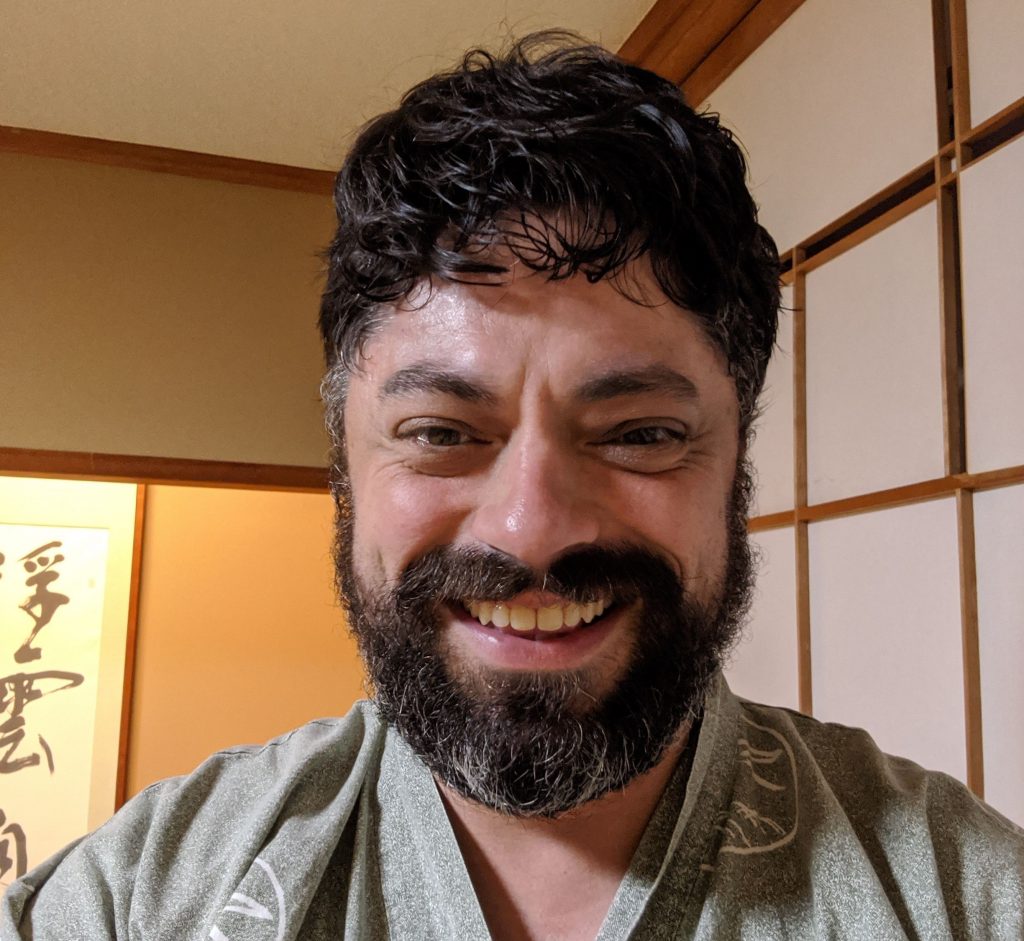 This is Richard Legg

But what are awamori and shochu?

Well, much like an obscure pop group from the 1980s, awamori and shochu are big in Japan. Very big in fact. While sake, Japanese whisky and increasingly Japanese gin are becoming known to many, awamori and shochu remain much more elusive. They are both very rarely seen outside of picturesque areas where they are produced, with only a fraction of the total volume made currently being exported.

In January 2020, after a very frosty start and an equally early flight, where it finally sank in this trip was actually happening and they hadn’t confused me with someone else, our small group of spirit educators first made our way to Okinawa, the home of awamori.

Despite it being January, Okinawa is situated in the Ryukyu Island chain at the very south of Japan, meaning it was almost tropical weather. Okinawa itself is beautiful. A place with a unique history and identity, despite being almost brought to the brink by war and whose numerous military bases still serve as reminders of the bitter conflict which took place in the 20th century. However, back to awamori.

Awamori is a spirit exclusively from the main island of Okinawa and several smaller islands, which make up the prefecture. It is thought to be Japan’s oldest spirit and has a long history going back around 500 years. It is made solely from rice, water, yeast, and black koji (aspergillus awamori), see below.

Awamori has a diverse flavour profile, in much the same way as whisky. You can go from delicate melon and light floral flavours to fruity aromas with savoury elements, through to unique intense mushroom and meaty flavours. The latter style makes an amazing match for food, which is unusual for a spirit, but honestly a mushroom risotto and a savoury awamori diluted with a splash of water or soda is my new favourite thing! 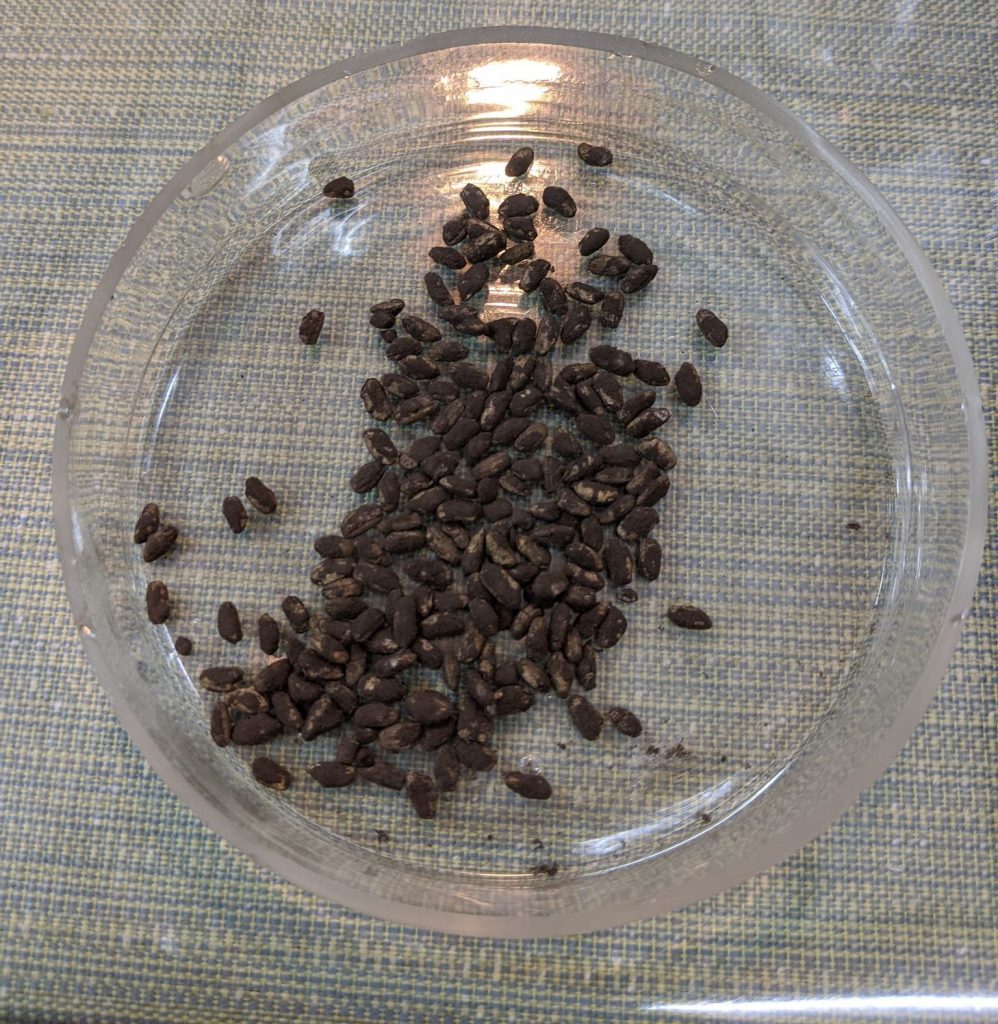 No, not mouse dropping but koji, a mould that turns starch into sugar

The importance of koji

Koji is a type of mould which is key to alcoholic fermentation of starch in Japan and Asia, where it goes under different names. It essentially fulfills the same role as malting in European brewing. Both methods produce enzymes which turn starch (unusable by yeast) into sugar, just in different ways. The koji method adds completely different flavours to that of malting, which makes spirits made using this method fascinating to spirits nerds like me.

There are three main types of koji; black, white and yellow, which all have different properties. Of the three, black koji produces the most acid, which makes it difficult for bacteria to grow in the otherwise perfect near tropical climate of Okinawa, greatly reducing spoilage. It is black koji, therefore, which is the only permitted type of koji used for awamori.

The method works by carefully washing and steaming rice to cook the starch, before it is seeded with black koji spores. These black koji spores are native to Okinawa, but are now cultivated on the island in carefully controlled conditions by one of several specialist producers. Historically the rice (Indica variety) is imported from Thailand, whose trade with Okinawa predates awamori itself, although there are schemes to use more native grown rice (Japonica variety).

It is then typically left for two to three days for the enzymes to work their magic, breaking down the starch into fermentable sugar. Water is then added along with yeast to start the fermentation, which takes two to three weeks. This can occur in stainless steel or in special earthenware pots (see header image). The yeast is often a standard strain (Awamori 101-18), but yeast strains found on various plants such as mango and sakura (cherry blossom) have been isolated and used, giving different flavours.

Once fermented, the now strongly alcoholic liquid, which can get to around 18-19% ABV, is distilled usually once using either an atmospheric still or a vacuum still. Atmospheric will give a richer more intense spirit, whereas vacuum distillation allows the liquid to boil at lower temperatures preserving the lighter flavours and giving a more delicate style. 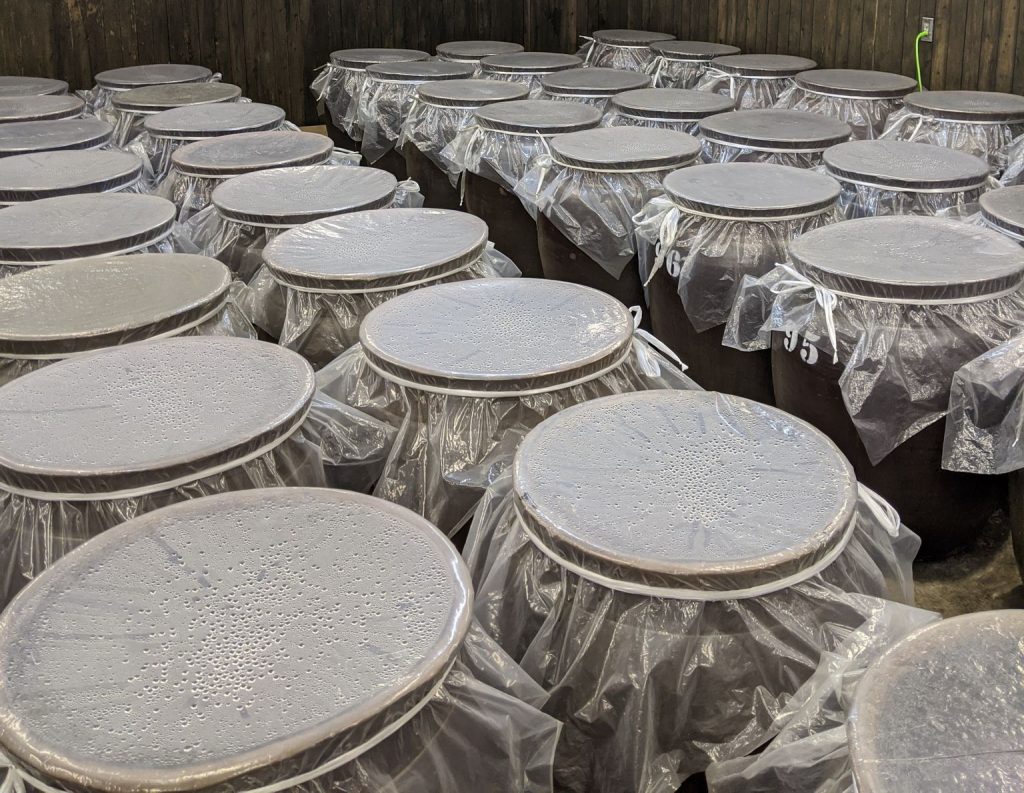 Awamori is traditionally aged in clay rather than oak. Clay reacts with the spirit to remove sulphur compounds formed, plus allows for much flavour development. The flavour change can be quite dramatic, with sweeter aromas such as vanillin forming over time. The greater the age, the sweeter and smoother the awamori. Aged awamori which has been in clay for at least three years is called kusu, and prior to 1945 when all stocks were destroyed during the conflict, there were kusu still maturing dating back 200-300 years.  Although now sadly lost, there have been efforts to build up supplies of these ancient spirits once again.

About six months after I got back from Japan, the world was a very different place. Travel had pretty much stopped, most people were wearing masks, pubs and restaurants were closed, and Japan seemed a distant memory. I was therefore delighted to receive another mystery email inviting me to become an ambassador for awamori, where after receiving more training in a series of presentations, I would be officially recognised as an Awamori Jinbner (ambassador) and be able to promote awamori to new people, like you.

We are hoping to have some bottles of awamori landing at Master of Malt soon. As always, keep checking the New Arrivals page.

Master of Malt @MasterOfMalt
5 hours ago
Featuring the brilliance of Sicilian pink grapefruit, with a hint of rhubarb, @MalfyGin Rosa is a top choice for sunny days!

Master of Malt @MasterOfMalt
5 hours ago
It's nice to have good looking bottles on the bar. Of course, the liquid inside will have the final say. So, are people missing out on tasty liquids with more humble containers, whilst being attracted to others with shinier homes? Is it more than just what's inside that counts? https://t.co/2lYeiT6rtD
View on Twitter