What does it take to creating world-class Scotch? Consistency, consistency and consistency. At least, that’s the approach that has served Glen Grant well. Master distiller Dennis Malcolm joins us to explain.

Once again, Glen Grant 18 Year Old has been awarded the prize of Scotch Whisky of the Year in the 2019 edition of 2019 edition of Murray’s Whisky Bible. For the third year in a row, in fact.

It’s no small feat. Over 5,000 whiskies, a thousand of which were new entrants, were rated by Murray. In the end, only the 2017 Buffalo Trace Antique Collection release of William Larue Weller ranked higher to scoop the coveted accolade of World Whisky of the Year. In an official statement, Murray declared: “Once more the stunning Glen Grant 18 Year Old single malt carried the banner for Scotland, displaying Speyside Whisky in its most sparkling light.”

Providing the world with a refined whisky is what Glen Grant has been all about since 1840. That’s when brothers John and James Grant founded the site in Rothes in Speyside. Some will tell you the secret to its style is the innovative tall slender stills. Others will point to the revolutionary purifiers that James ‘The Major’ Grant, son of founder James Grant, introduced over a century ago. It was one of the first to be installed in a Scotch whisky distillery. 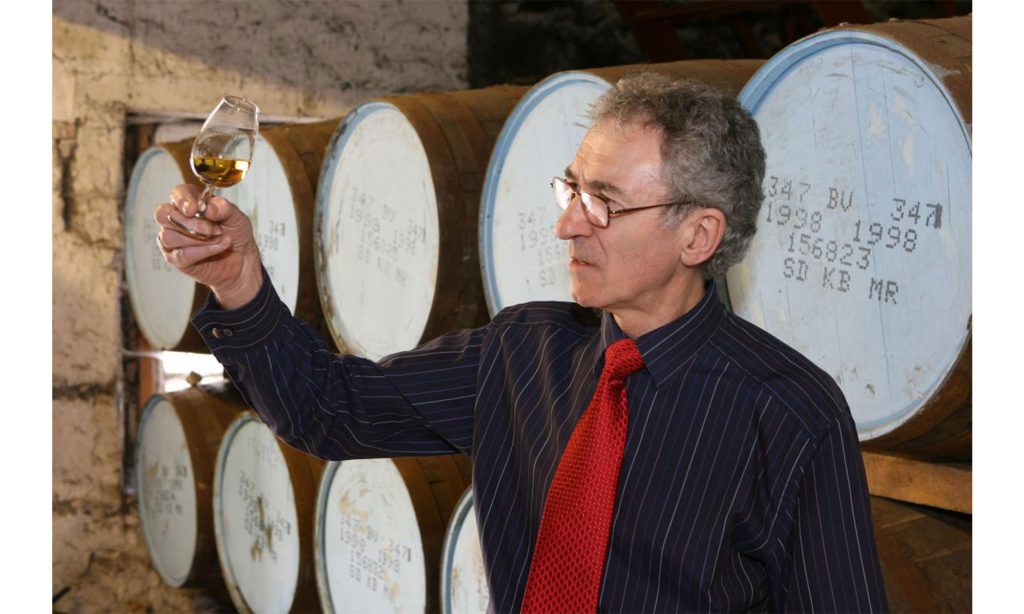 Malcolm appreciates the influence of both, but is keen to underline the importance of approach. “It’s all bout consistent quality through the whole process. I used to jokingly say milling, mashing and fermenting is an almost generic process! The secret is in your stills and your casks. Of course, they’re your big influencers. But you’ve also got to be consistent.” The distillery uses a standardised system so it’s easy to operate. Malcom explains that it’s broken into four pairs of stills. So one batch does a six-hour process from mashing into distilling. When the spirit comes off, the four pairs go into separate receivers and are checked individually. “Attention to detail is the secret”, he says.

Fans of the distillery will note how little it has changed over the years. That fruity, estery and refined spirit has been Glen Grant’s hallmark for decades. It’s one of the few distilleries where the DNA has remained constant. There aren’t many other distilleries that can boast that.

Nobody typifies the consistency at Glen Grant like the multi-award-winning Malcolm. He was actually born in the grounds of Glen Grant in 1946 and has worked for the distillery in various capacities for over five decades. “My grandfather worked at Glen Grant and worked for the son of the founder. Then my father worked there. I left school at the age of 15 and went to be a cooper”, Malcolm recalls, “I wanted to create casks. That’s helped me along my career. I know what casks are all about.” 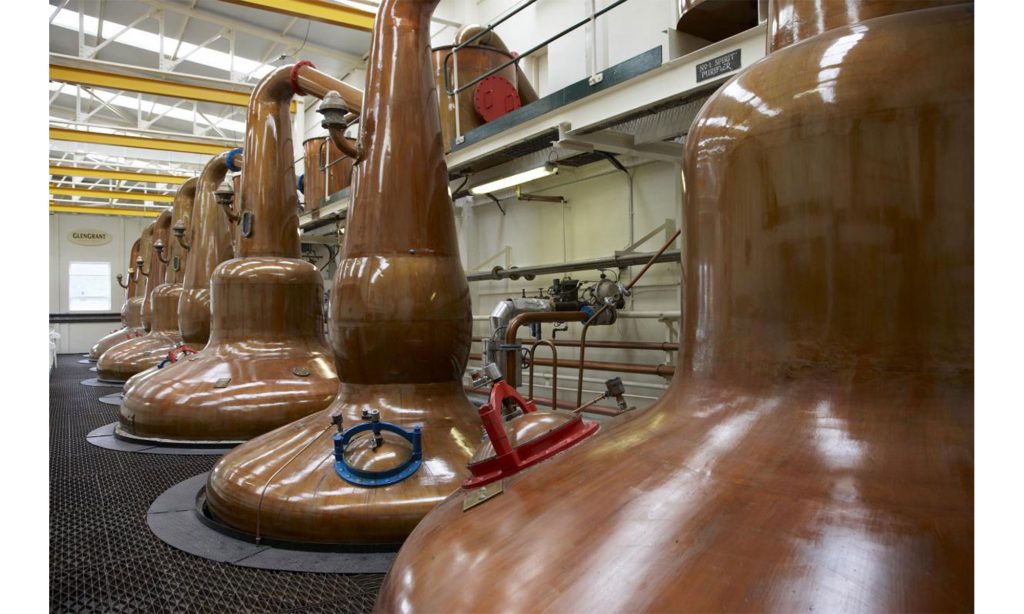 It’s clear how passionate Malcolm is that Glen Grant retains its identity and doesn’t change simply to satisfy the market. “You’ve got to hold your ground. You have to be careful it doesn’t just become a fashion item for that one year. I try to protect the DNA of Glen Grant,” Malcolm says. “The financial people obviously want to save money. So they say ‘use the casks four times. You’re using a million pounds for bloomin’ casks every year and that’s going on the bottom line! But I say, ‘hey, wait a minute. The only reason we’re here is because of our consistent quality. So we need to keep that’.”

The Campari Group were obviously wise enough to heed Malcolm’s advice. It acquired Glen Grant whisky distillery in 2006 for €115m. New expressions came with new ownership. Like the 12 Year Old and 18 Year Old. But It’s notable that these were additions, and not replacements.

So, how did it feel to be honoured with the title of Scotch Whisky of the Year? “Well, you can’t really print what I said when I heard it for a start!” Malcolm jokes, “I really liked it because I was going back in time with this one, back to our roots. It’s 100% bourbon cask. There’s no sherry there, there’s no colour correction there, it’s just natural single malt Glen Grant.” 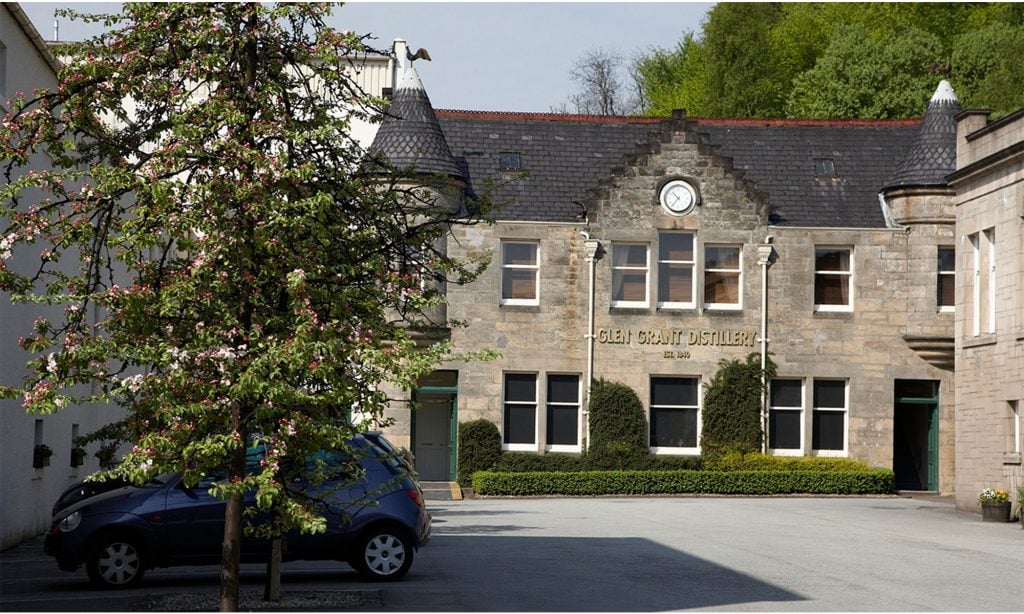 But what makes Glen Grant 18 Year Old stand out among all other Scotch whiskies for Jim Murray? Its complexity. He says it takes him longer to nose it then any other whisky. “You just watch every nuance come through. There’s a half-hour journey in every single glass. You never get it all on one nose”. Murray told us that the tasting note in the Whisky Bible is actually the shortened version. “You think ‘this could go over two pages, this is ridiculous’. Because it is that complex. That’s why it gets number two in the world.”

It’s clear that Murray feels a very strong connection to the Glen Grant distillery. “I’ve tasted a lot of Glen Grant over many, many years. I’ve tasted Glen Grants from before the Second World War, Everything about it is natural and it’s just utterly true to its roots. It is the true Speyside.”

It’s fascinating watching Murray be so intensely passionate about a Scotch whisky. Because he’s acutely aware of his and the bible’s reputation. “People say to me ‘oh Jim, you don’t like Scotch’ and I say ‘don’t I, really?! Have you ever seen what I’ve written about the 18 year old Glen Grant?’” he explains defiantly. “Scotland makes some of the best whisky in the world. Because there’s things like Glen Grant 18 that can just absolutely seduce you.”