Kristiane Sherry
No Comments on We tasted Diageo Special Releases 2018 and (almost) all the deets are here!

Last night we were treated to a highly classified tasting of Diageo’s Special Releases 2018 line-up. Yes, we felt like secret agents – and yes, the whole thing was GOOOOOOOOD. We’ve got the lowdown on [most of] the whiskies for you, right here, right now.

First up… We’re publishing this post a little sooner than expected. We pinky-promised to keep all the Special Releases secrets shtumn until 12 September, i.e. the official press launch date. But! This afternoon we were alerted that not every drinks writer is as good as keeping secrets as we are. Boo. But it DOES mean we can now bring you some details of how the Special Releases 2018 line-up actually tastes!

Every year the Special Releases collection gets tongues (and taste buds) wagging. The [usually] 10-strong collection of Scotch whiskies from an array of Diageo distilleries is a showcase of cask-strength deliciousness, a celebration of flavour, and there’s often one of two unusual bottlings thrown in for good measure… This year was no exception.

There may have been two noticeable absentees in the form of Port Ellen and Brora, but don’t fear. There’s plenty to tempt whisky fans the world over when Special Releases 2018 officially hits the shelves next month.

For those of you who like a Special Releases surprise, fear not. News of nine bottlings might have been out in the wild since April, but a mysterious 10th remains just that. A mystery. Well… almost. We tasted the liquid last night, but in true secret agent style, if we told you about it now, we’d have to kill you. All we will say is, it’s delicious. You’ll like it. But you’ll have to wait until 12 September for more on that front…

Check back then for full tasting notes and details. But until then, here’s a Special Releases 2018 sneak peek! 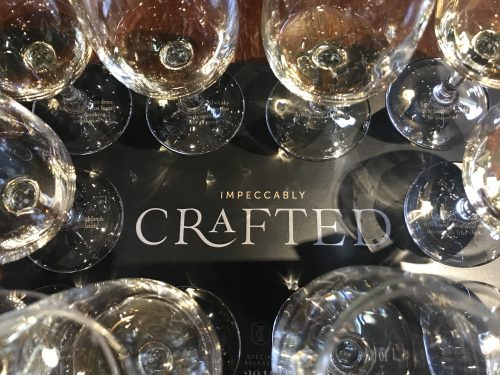 Special Releases 2018: The line-up in brief

That’s all for now, folks. Stay tuned for 12 September!