A team of ocean explorers is hoping to become the first to row the Northwest Passage – the treacherous Arctic route that links the Atlantic and the Pacific oceans. To raise money for the historic endeavour, known as the world’s Last Great First, they’ve created a one-of-a-kind gin in collaboration with Orkney Distillery. We spoke to crew member Jack Hopkins to find out more about the record-breaking voyage…

The European history of the Northwest Passage began in the 15th century; the goal was to find a direct route to China that bypassed the Silk Road. For hundreds of years, western explorers braved the ice-bound passage to find a trade route to Asia, eventually abandoning the endeavour when the brutal conditions made it impossible to continue. “It reads like a who’s who of famous explorers,” says Hopkins, “you had Sir Humphrey Gilbert, Martin Frobisher, Sir Francis Drake, Captain Cook…”,

By the 1800s, he says, “the value of a trade link through the Northwest Passage to China is no longer really there, because sufficiently fast and reliable travel had been established,” and the challenging route instead became “a symbol of prestige”. Victorian explorers across the globe set out to chart the passage, most famously Sir John Franklin, whose voyage ended with icebound ships, pneumonia, and cannibalism.

As Canada’s Hudson’s Bay Company began mapping out the surrounding areas, people started to question whether the route even existed at all. Then, in the 1860s, Orcadian explorer Dr John Rae identified a sea route from the Atlantic to the Pacific hiking overland. The Northwest Passage was finally traversed in the following century by Norwegian explorer Roald Amundsen, who navigated from Greenland to Alaska over the course of three years between 1903 and 1906. 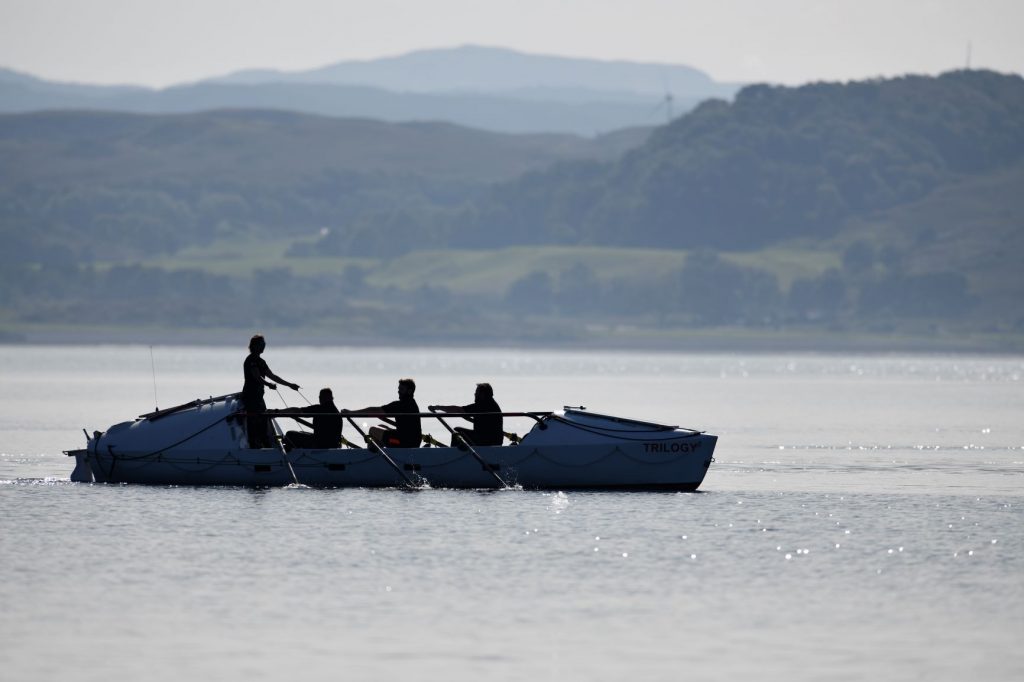 “There was a fundamental shift in the culture of exploration,” explains Hopkins. “Prior to the 1900s, indigenous people were treated in an adversarial manner – as though they couldn’t provide any value to sophisticated Europeans.” Roald Amundsen’s expedition was successful because he learned Arctic survival skills from the local Netsilik Inuits. “He incorporated their approaches, and learned to hunt, for example, in the Inuit way,” says Hopkins.

Fast-forward more than 100 years, and records are set to be broken once more. A team of 15 rowers will attempt to navigate the 2300m Arctic route by human power alone, embarking from Baffin Island – the most northerly point of the expedition – and rowing in continuous shifts (three hours on, two hours off) for around two months in perpetual half-light. It’s incredibly tough going by anyone’s standards.

“You get off shift, allow a 15-minute period to have some grub, have a drink and wash yourself with wet wipes,” says Hopkins. “You go and have a nap for an hour and a half, which is the minimum amount of time necessary for a REM sleep cycle, and wake up with 15 minutes left to go – you might go to the toilet or brush your teeth. And then you get on the oars and row for two hours.

“After you’ve finished rowing, you’re on ice watch for an hour,” Hopkins continues. “You stand near the bow of the boat and make sure we don’t run into any ice, because there’s going to be a lot of it.”  After you’ve done the ice watch, you’re free to go and sleep again. It’s a gruelling schedule, he says, made all the more challenging by the bitter cold, hostile wildlife – hungry polar bears, for one – and psychological demands. “It’s unrelenting, there’s no days off.” 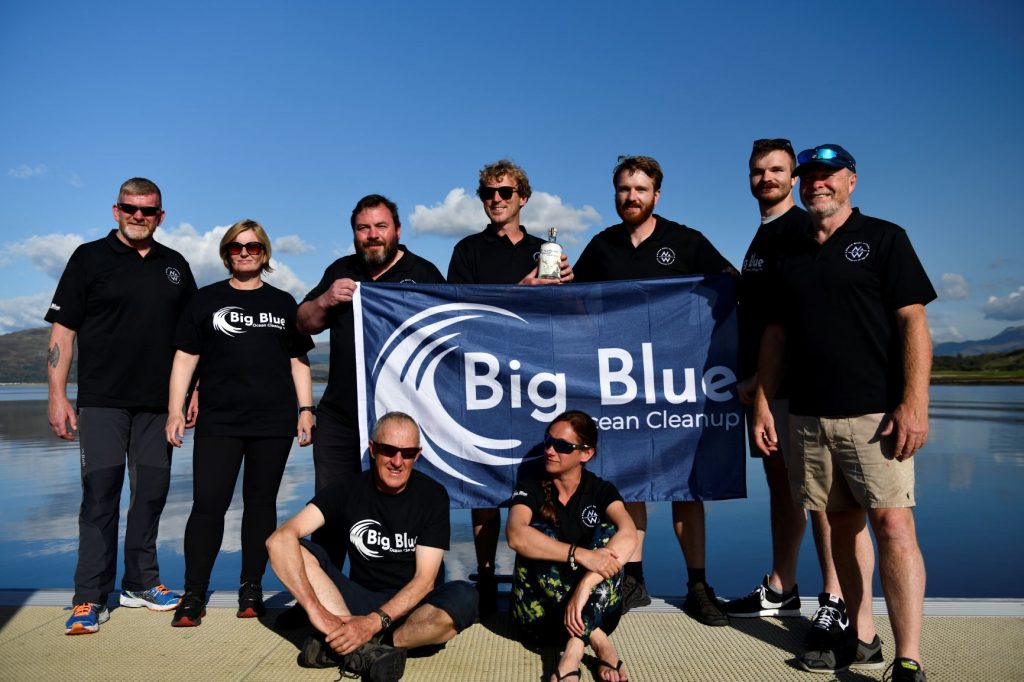 Will they look quite so friendly after three months together in a rowing boat?

You might wonder why anyone would choose to embark upon such a trip. The reasons are as varied as the people that are doing it, says Hopkins. “Some people are motivated by the tradition of exploration – for example, we have a couple of people on the crew whose ancestors were explorers.” [Crew member] David Fletts’ ancestor was with John Rae when the Northwest Passage was geographically discovered, while the father of fellow shipmate Mark Agnew mapped out Greenland and South America.

For Hopkins, the expedition offers the opportunity to make a statement about the changing environment in the Arctic. The only reason this once impassable route has become marginally possible during July through September is due to retreating levels of sea ice. “This is the expedition that we shouldn’t be able to do,” he says. “And consequently, if we are able to get a row boat through the Northwest Passage, then it’s hopefully evidence to everyone that something has gone terribly wrong.”

As part of the endeavour, the team will collect data for climate scientists at the Big Blue Ocean Cleanup and New York University along the way – using salinity measurements and microplastic readings to gauge the water quality, and hydroponic listening devices to examine how the wildlife distributions are changing. “We’re going to be interviewing the local communities to try and find out how they’re dealing with the changing environment,” says Hopkins.

Now, with little more than a year until they set sail, the crew has launched Northwest Passage Expedition Gin to fund the expedition, with every penny of profit going towards provisioning the boats and covering the logistics. They partnered with The Orkney Distillery to create the historic bottling and pay tribute to the explorers that came before – specifically local man John Rae, the Hudson’s Bay Company member who discovered the route. 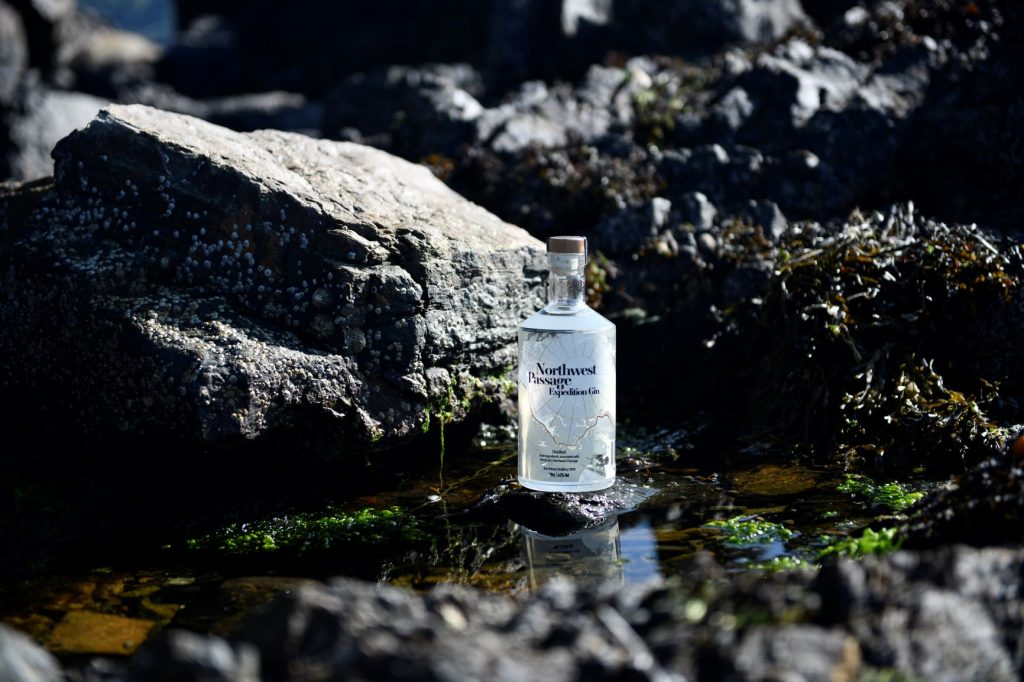 Profits from gin sales go towards this epic journey

“Around 80 percent of the people who became a member of the Hudson’s Bay Company and did all the early exploration work came from Orkney,” says Hopkins. “The ships would travel north from London, stopping in Kirkwall or Stromness to pick up supplies before heading over the Atlantic. And so because of this, there’s a really strong connection between Orcadian history, northern Canada, and the Northwest Passage.”

To link the three together, the gin combines botanicals found on the shores of Canada’s Hudson Bay with those found on the shores of Orkney, including sugar kelp – which brings a mild maritime saltiness to the liquid – angelica archangelica, ramanas rose and burnet rose, plus lemon peel and calamondin. It’s also made from water sourced from the very same spring that supplied the ships of the early explorers.

“It was closed 100 years ago, when the Hudson’s Bay Company stopped sending ships over the Atlantic, but we had it reopened” says Hopkins. “The water in the gin is from the same source that provided water for the ships of luminaries like Captain Cook and Sir John Franklin. Not only are we trying to establish provenance with the history of the Northwest Passage, we’re also trying to write the next chapter of it. Every bottle harks back to the past and propitiates the future.”

Cocktail of the Week: The Rum Bonfire