Adam O'Connell
No Comments on The stories that make Fable Whisky

How do you stand out from the crowd as an independent bottler? Fable Whisky did it by embracing storytelling, animation, and illustration to create an approachable, modern brand.

It was at a duty-free show in Cannes that drinks industry veterans Calum Lawrie and Andrew Torrance decided it was time to branch out and create their own brand. Lawrie had held various roles at companies including Diageo, while Torrance had done a stint at Morrison Bowmore, and was at one time MD of the Whisky Shop. But they wanted to be independent bottlers of great whisky. They knew the game well enough that simply sourcing tasty booze wouldn’t be enough to sustain a business, however, so the question was: how to cut through in an industry that’s already got a lot of great brands.

At the Whisky Shop, Torrance worked with an agency called GP Studio and a brainstorming session with them provided the answer. The duo wanted to create a brand rooted in storytelling, utilising animation, illustration, creative writing, and even ceramics to tell those tales.

“We felt in this subcategory of single cask and independent bottlings, there was a space to do things a bit differently,” Lawrie recalls “It’s one steeped in heritage, provenance, family names. We’ve been in the industry for a long time but we don’t have any links in that way. We had to come up with a USP, something different from everyone else. Andrew spent time in travel retail and was always impressed by the packaging of the perfume industry versus Scotch whisky, feeling it was more inspirational and beautiful. Obviously, that liquid has to be good, but we thought if we can create a beautiful aesthetic and convey the right tone, then we’ve got a chance to standout”.

The stories weren’t simply going to be about the whisky in the glass or the distillery, however, but lesser-known stories, myths of Scotland with a whisky association. For the first collection of whiskies, the brand expanded on the legend of ‘The Ghost Piper of Clanyard Bay’, working with artist Hugo Cuellar to make an enchanted world of gothic-style illustration and macabre imagery. In order to convey a sense of place, drone footage of Clanyard Bay was shot, videos with narration and a character-rich story were made, and each of the eleven whiskies in the series were named after its own aspect of the fable.

Cuellar’s input was supported by creative writer Des Waddy, narrator and actor Jeff Rawle, and even potter Bella Jones, who makes Fable’s black volcanic clay whisky tumblers and water jugs, all helping bring the story of Clanyard Bay to life. This is all just for one collection, don’t forget, the life cycle of which will be about 18 months to two years. “We’ll have a new illustrator, animator,  narrator, etc. for the next one and keep things exciting and evolving over time. That’s the beauty of it. It can get repetitive to regurgitate an iconic brand in a different way. Whereas we have the scope to really do anything,” Lawrie says.

People from all walks of life

There’s a clear ambition here to attract more than just your traditional, dyed-in-the-wool whisky drinker. The kind of people who would usually support independent bottlers can be seen as a restricted demographic traditionally, so it’s not lost on the team at Fable how significant it is that people from all walks of life have engaged.

“It goes from one end of the spectrum; to the other. From millennials and women, to the guys that you might think are very staid in their choices. The stories actually become collectables, not for the kind of person who collects priceless prestige bottlings that never comes out of the cabinet, but amateurs who are interested in the brand and want to participate,” Creative director Daryl Haldane explains. “A lot of classic bottlings are heather and weather, all the classic malt whisky cues. Here we have Fable which is doing something in a very different way. We see this as an opportunity for single cask, indie bottlings to become more mainstream”. 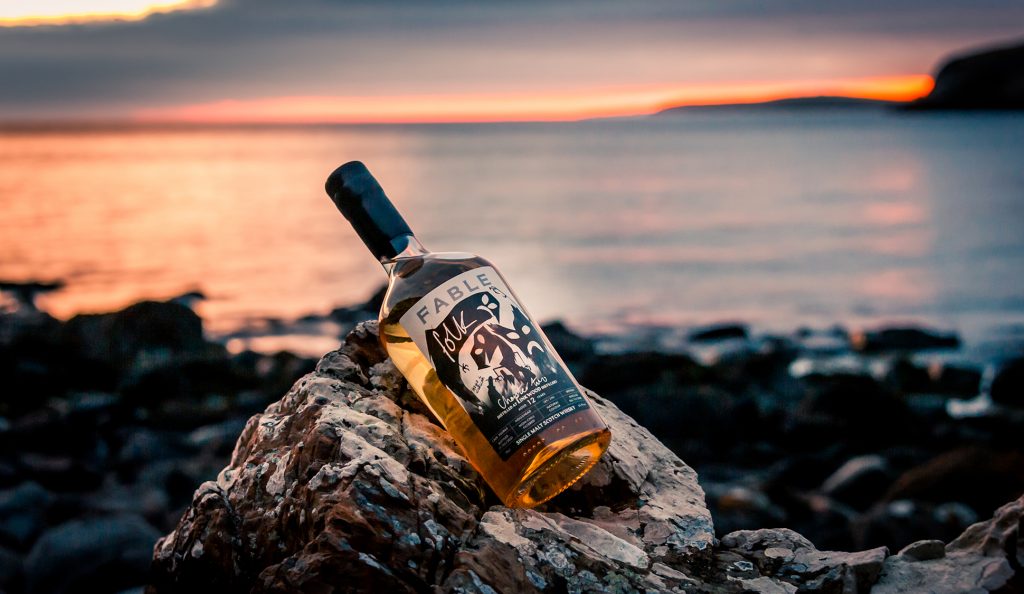 Fable Whisky is getting it right inside and outside the bottle

Not just a pretty label

It’s not an easy task putting together a brand like this, though. Every label, package, chapter is different, as is the liquid inside each bottle. There might have been easier roots for the founders, but they say becoming independent bottlers wasn’t a debate for them, they love the work and the whisky. “Sometimes there are sleepless nights, but it’s exciting. We can try lots of new whiskies and different styles,” Lawrie says. “We know how important the quality is. The whole idea is that, if we can pull people in from a creative angle, then we can have that conversation about whisky, how it is produced, and why it’s great”.

For the first collection, each of the eleven chapters share a style. “They’re raw, unadulterated. Whisky, it’s as it should be. We want to showcase distillery character, not disguise them with casks,” Lawrie explains. “Certainly where I’ve come from in the past, we’ve talked a lot about casks and didn’t talk enough about distillery character, We feel that’s a great place to start with the first Fable for sure. The feedback we’ve been getting is how refreshing it is to try these distilleries and really get their true style coming through”.

One way to win over whisky purists is to bottle the whisky you source with no added colouring, chill-filtration, and at cask strength, and Fable’s approach respects this holy trilogy. “We know this is what whisky nerds love and it’s a credibility thing, but when you’re talking about distillery character and letting that shine through, that’s just how you do it,” Haldane says. “We’re passionate about showcasing distilleries that don’t always get enough love, so when you get whisky from places you don’t get to taste every single day you have a responsibility to present them at their best”. 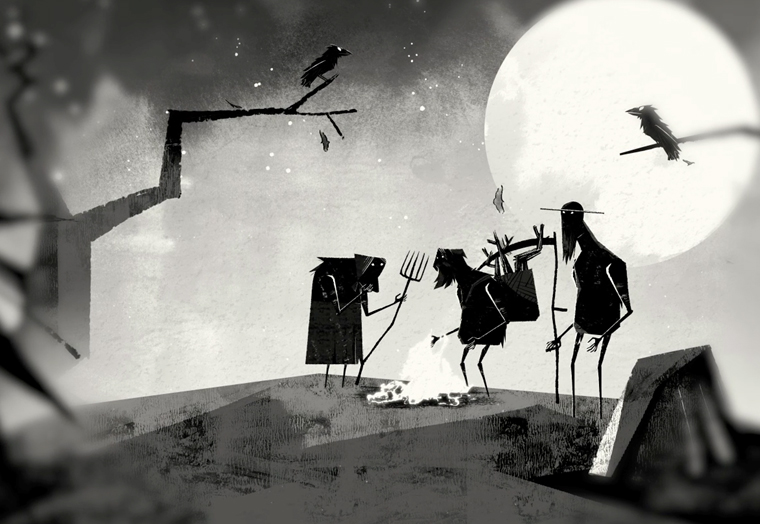 The Fable style is distinctive and engaging

A fable worth knowing

It’s a system that’s working, at least if you look at our stock. Fable whisky sells out quickly for a reason. I love whiskies that showcase distillery character anyway, and tasting a few of the Fable drams it’s clear that the first collection has met the mark. Getting to peel back the curtain and get to know producers I haven’t had the chance to enjoy as much as I’d like, such as Mannochmore and Dailuaine, is also very rewarding. Entrepreneurism, creativity, and branding are all well and good, but Fable also manages to do the really important work and makes sure the quality of the whiskies adds depth to the stories.

I love the look and feel of the brand too. It’s fun to see Scotch being fun, and to see brands be brave and creative to try to create something new. It’s not the only bottler to embrace story or interesting aesthetic, but Fable typifies how Scotch whisky is becoming more open to different approaches and doesn’t need to lean on purely traditional imagery. People engage with brands like Fable, not just new drinkers, but old whisky fans too, who aren’t a monolith. Everybody appreciates a good story. You pair that with great whisky and you’ve got yourself something that will stand out from the crowd. 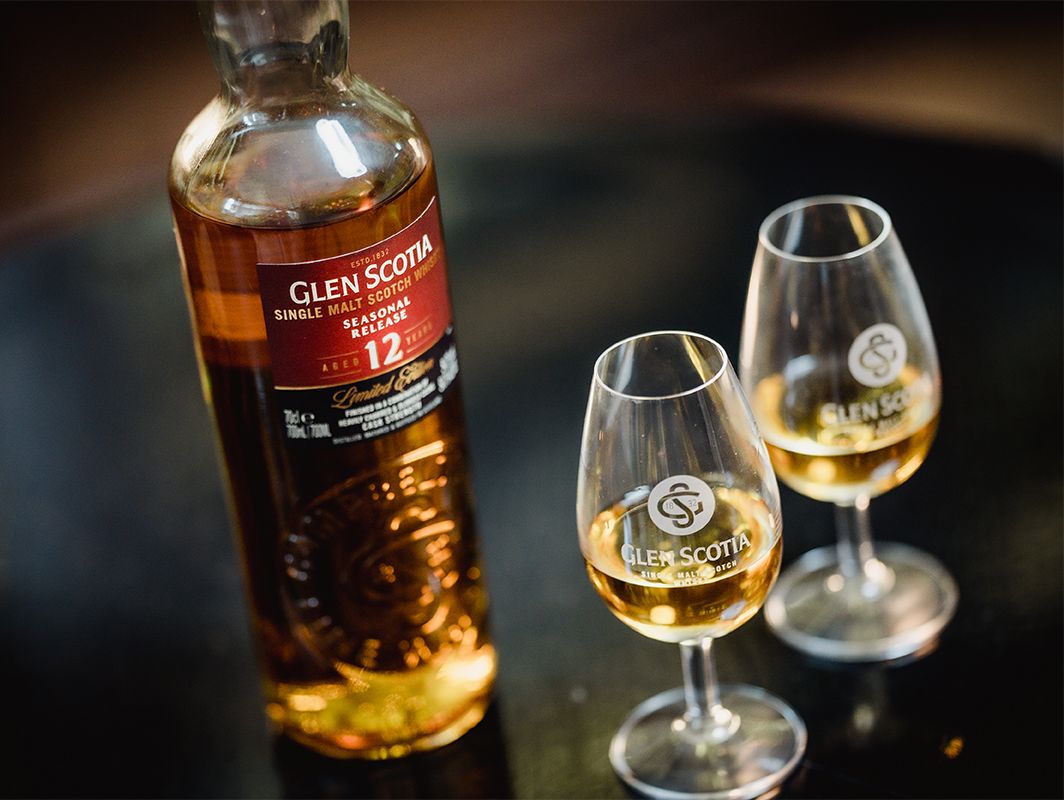