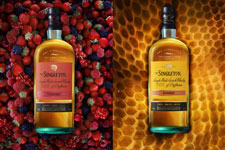 The Singleton of Dufftown recently launched two new NAS expressions. You may have seen them, they’re the ones named after fishing flies (in keeping with the Singleton logo): Tailfire and Sunray. The colours correspond to the flavour profiles of the whiskies, which makes it a little easier for folk who may otherwise find choosing from a shelf of single malts a daunting proposition.

The new releases are set to be celebrated at The Singleton Whisky Night Market on Thursday May 15th (18:30-22:30) down at Southbank, where they will be paired with specially made chocolates (Cocomaya), cheeses (Pong), and whisky marshmallows (The Marshmallowists) alongside theatrical presentations (no doubt involving the one and only Colin Dunn), comedy (Tom Sandham* off of Thinking Drinkers), some top grub (Forza Win and Mark Hix) and whisky cocktails from the excellent Andrea Montague (of Callooh Callay fame, now Diageo’s in-house ‘malt mixologist’). 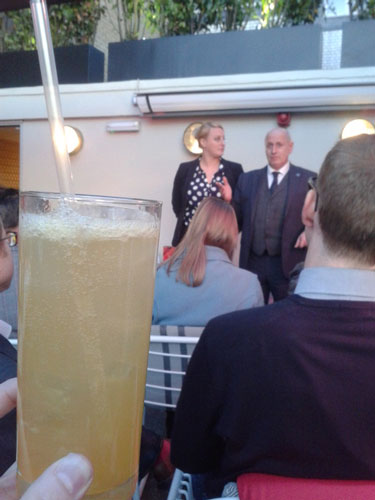 Enjoying a Honeyed Whisky Collins on the rooftop.

I popped down to Bird of Smithfield last night for a little Night Market preview that included Master Blender Dr. Matthew Crow’s thoughts on creating these two single malt whiskies. Seeking to create new, flavour-led expressions he searched for points of interest that also offered something different from the existing range. What he identified were red berry notes in certain casks at certain ages and honey notes in some others. He then set about seeking to elevate and lengthen these characteristics to produce a couple of whiskies that have differing, overt characters as well as further complexity.

Palate: Soft stewed apples. Thick honeyed texture and taste, with a hint of malt in the background.

Nose: Crisp apple, red grape, raspberry and candied orange peel all jump out. A grassy green note and Wensleydale & Cranberry maintain balance whilst a touch of tobacco develops over time.

A couple of interesting releases, with the overt side of the flavour profiles providing ample opportunity for mixing, pulling those notes out and further lengthening them: 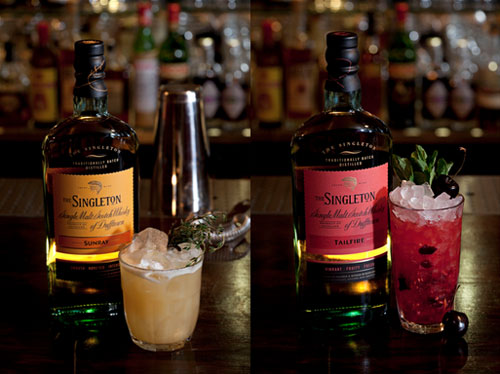 Honeyed Whisky Collins made with Sunray and mead (left) and a ‘Fruity Scot’ made with Tailfire, crème de mûre and white grape juice (right).

Grab yourself a ticket for The Singleton Whisky Night Market and you can sample both whiskies for yourself, enjoy a Honeyed Whisky Collins or Fruity Scot made by Andrea Montague, and experience a whole raft of other gastronomic and entertainment delights. You may well even see me there too**.

* “Has everybody here been to a whisky drinking before?”

** I live around the corner, other than laziness I’ll really have no excuse at all.