The rise of cask whisky investment

Annie Hayes
1 Comment on The rise of cask whisky investment

Curious about cask whisky investment? Don’t get your assets in a twist. No matter whether you’re sourcing direct from distillery or exploring your options through a third party, here’s everything you need to know about buying booze by the barrel…

Owning a maturing cask of whisky might be every dram lover’s dream, but it can also be a sound investment for the future – with none of the insidious money-grabbing associated with bottle flipping. No matter whether you opt for a quarter-cask or a full-blown butt, the contents should appreciate in value over time. That’s in the current climate, this is dependent on those fickle financial markets.

“The reason people invest in whisky is because you get a personal touch,” explains Elliot Wynn-Higgins, cask custodian at Lindores Abbey Distillery in Scotland. “You don’t tend to get the same welcome from banks or investment advisors. Whisky is a fun investment, it’s not an ISA that sweats cash – it’s a journey in spirits maturation and an ongoing project. You can even taste it.” 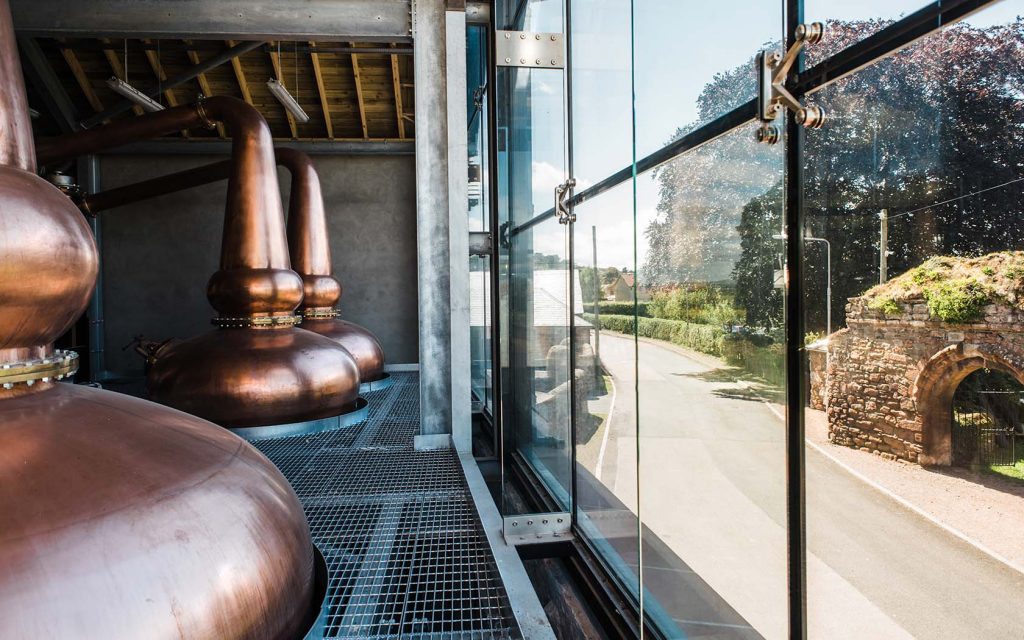 The stills at Lindores Abbey

Interest rate averages for whisky, he continues, can be higher than gold and vintage sports cars, with an average of around 6% return every year. But dollar signs aside, there are a number of motivations to invest, whether it’s marking an important milestone like a wedding or a newborn, creating your own independent whisky bottling, or fulfilling a lifelong dream to participate in whisky-making history.

After all, maturing whisky evolves in a way that a bottle of whisky just won’t. Each cask is patently unique – even when two identical casks are filled at the same time with the same spirit, they’ll taste different. It’s a limited commodity, observes Simon Aron, co-founder of Cask Trade, “if a particular cask yields 250 bottles, after they’re gone, they’re gone, that’s it. There will never be another cask like it.”

So with that in mind, what should a would-be investor bear in mind? “Buying at the lowest price you can is obviously the smartest, but make sure that it’s a branded facility,” says Whiskey & Wealth Club co-founder Jay Bradley. “It’s quite easy to buy whisky in Scotland and Ireland from a commercial facility – you can buy it at a decent enough price, and that’s great for blending and whatnot.”

If if it’s return on investment you’re chasing, he says, stick with known brands. “For example, a five-year-old Macallan cask is worth more than five-year-old cask of no-name whiskey. Making sure it’s a solid distillery with a good master distiller behind it is very important as well – the more they build their brand, the more the cask of whisky will go up in value.” 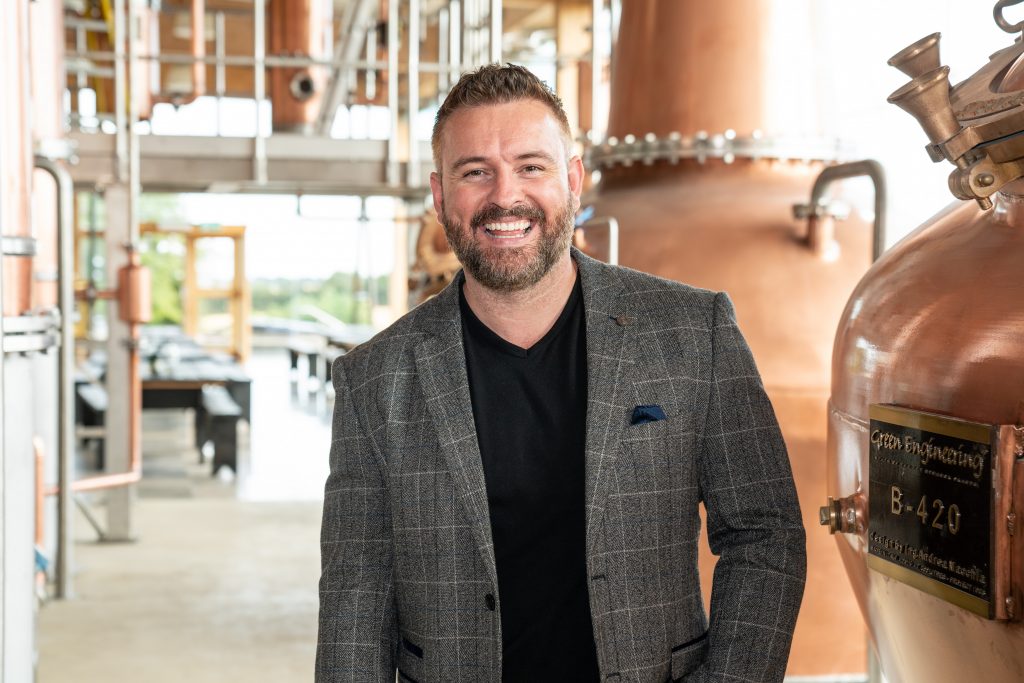 Jay Bradley from Whisky and Wealth

And make sure you do your maths, first. “Look at your budget and your targets,” suggests Aron, who says the youngest whisky on Cask Trade’s list is three years old and comes in at £1,500, while the oldest, at the ripe old age of 50, is north of £300,000. “The budget would be personal to that individual and the target would be: do you want to see a return in three years, five years, 10 years? Do you want to buy one cask and sit on it, or would you rather a portfolio of different ages? Do you want a portfolio where you can cash in at different dates?”

Just as there are a few reasons to consider trading your hard-earned cash for amber nectar, there are several means to go about doing so. Before you commit, remember to ask about any extra costs associated with warehouse storage, insurance and bottling, including HMRC duty and VAT. Here, we run through your options…

Plenty of distilleries now offer their own private cask purchase programmes. The benefits are two-fold: buyers have the chance to own a piece of whisky history, while distilleries receive a cash injection – often, in the case of younger producers, precisely when their overheads are steepest and they perhaps. need it the most.

“As a potential buyers comes to me, I suss out why they want to buy a cask,” says Wynn-Higgins. “From there, I help them select the perfect cask with their budget in mind, and they come along to fill it with me where they can. Casks typically aren’t cheap things to buy, so when we make a sale of a cask it helps us out financially very strongly. It also helps us build great customer rapport from a very early stage.”

While the small-print surrounding your purchase will vary from producer to producer – “some distilleries won’t allow you to sell to private brokers, whereas some do,” he says – there are a few common rules. “Typically, you can’t take your cask home with you as it needs to mature in a bonded warehouse. Unless you have a rather large shed in your garden.” 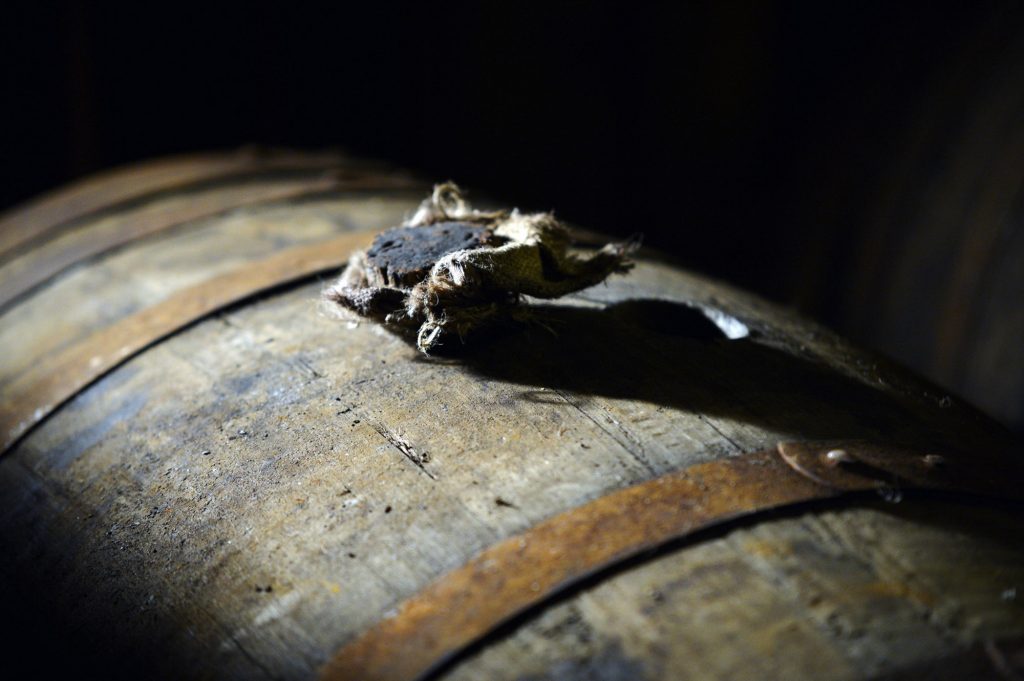 Cask brokerage company Rare Whisky 101 essentially acts as the middle-man that links serious cask buyers with genuine cask sellers. The team screens potential interested parties to make sure they have sufficient funds to complete the acquisition process and take a 100ml sample from each cask to assess the quality according to a ten-point rating scale – providing reassurance for both the buyer and the seller. After all, maturing whisky has a time limit. For sellers, particularly those new to the world of whisky investment, prospective buyers can be hard to find.

“Many people would assume that as long as their whisky is stored in cask in a bonded warehouse, no harm can come to it,” says RW101 co-founder, David Robertson. “However, that couldn’t be further from the truth. There is most definitely a finite time in which to sell a cask. We recently saw a 50-year-old cask that had dropped below the legal minimum of 40% alcohol to 28% and was subsequently deemed worthless. I’d encourage any owners, even if they don’t want to sell, to get their casks regauged and sampled. Casks can also leak and become overly-woody so cask owners should ensure that their casks are checked annually.”

From an alternative investment company

Whiskey & Wealth Club (WWC) sources Irish whiskey and Scotch for investors. The distilleries sell casks of their new make spirit – usually bulk in the form of six 200-litre palates – to private investors through WWC, which stores them in a government bonded warehouse, typically for between three and five years. Investors then decide whether to bottle for themselves, sell for a profit through WWC, or allow the contents to continue maturing.

“We’re bridging the gap financially between a distillery and a whiskey brand that wants to buy mature stock,” explains WWC co-founder and CEO Scott Sciberras. “From the distillery’s point of view, producing whisky is a very expensive business, and you don’t see a return for years down the track. And from a whisky brand’s point of view, they want to buy mature stock to bottle and sell straight away.”

With WWC’s format, everyone’s a winner. “Rather than either one of them tying the money up for maturation period, private investors bridge the gap,” Scott says. “We purchase it by litres of pure alcohol, which gives us volume to sell to our clients without the overheads of running the distillery – so we can sell it for a far cheaper price. If we purchase 20% of a distillery’s fresh new make, it gives them enough working capital to run their stills.” 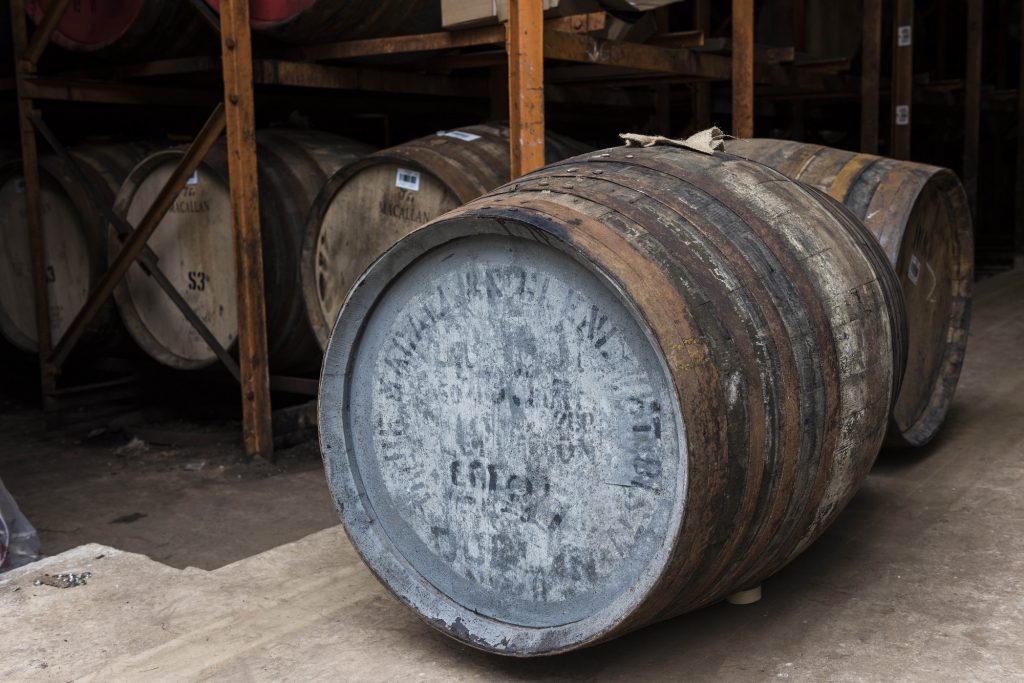 Macallan cask, probably worth a bit

From a dedicated marketplace

Put simply, Cask Trade is a marketplace for trading whisky casks. Unlike a broker, it only sells whisky casks it owns, and only whole casks – no fractional sales. “We buy casks from all sorts of different places, so distilleries, warehouses, blenders, independent bottlers, investors; casks are moving around constantly between all of those groups,” Aron explains. “Some of the distilleries will never come up for sale because they don’t sell, full stop. Everything goes into production. But most distilleries are moving stock around Scotland all the time.”

The casks are held in HMRC-bonded warehouses, which are regularly visited by Cask Trade whisky masters. The business offers regular sampling and re-gauging of casks, re-racking, estimates of bottles and strength in cask, the financial modelling of bottling, costings for bottling, labelling and shipping, and will arrange for buyers to receive samples of their whiskies and visit their barrel(s) in person. It also guarantees to buy the cask back from its clients should they decide to sell it.

“If you’re got a bottle in your hand,  it’s sealed with a cork, all the information is on the label, it’s pretty much a done deal,” says Aron. “With a cask, it’s a moving target. It needs to be checked, sampled and looked after by a safe set of hands. Because there’s no label on a cask, you need to give the details – so people can understand how many bottles it would give at 12 years, how many at 15 years, how it’s expected to taste depending on the cask type, examples of bottles that have been sold in the past. It’s much more of a journey, like buying a classic car. You need to know when it was made, how it was made, who looked after it, how it was looked after and whether it still runs well.” 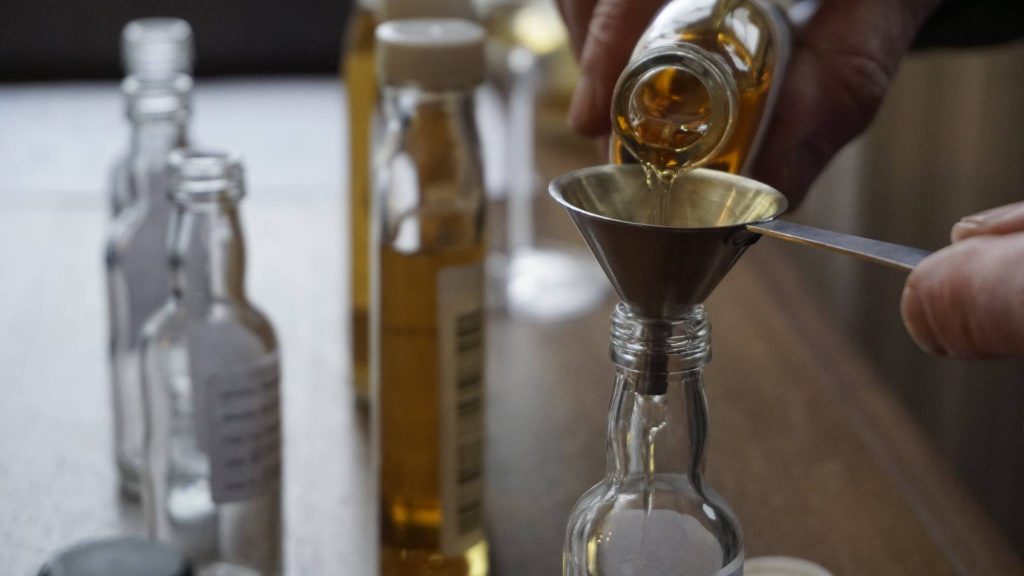 As of last month, Cask Trade launched an auction website aimed at private buyers and sellers. With casks going under the hammer four times a year, auctionyourcask.com will help private owners sell their casks to independent bottlers and investors from across the globe.

There’s a stringent application process for sellers, and all casks are regauged ready for auction with a full 700ml drawn, so bidders can try before they buy. Since there’s no commission fee, Cask Trade sellers take the full hammer price home, bar the price of the regauge. Win-win.

“It gives bottlers and other buyers the chance to get a cask that has been sitting with an investor privately somewhere,” explains Aron. “From there, they can either take it on a journey for a few more years or bottle it. It’s like wanting to buy a Tiffany bracelet from an old catalogue in the 1930s. You just won’t be able to buy it unless you find it auction – otherwise it’s going to sit in someone’s jewellery box in their house forever and ever.”

Since we published this article, the market for cask investment has exploded. There are many players, new and old, on the market, making extravagant claims about how much money you can make. We highly recommend you read Blair Bowman’s article on the subject and before you part with any money, do due diligence on the company you are dealing with. If it sounds too good to be be true, that’s because it is.