The hell of airport drinking

Nate Brown
1 Comment on The hell of airport drinking

Ever had a crappy cocktail at an airport, a piss-poor pint at a festival or a glass of watery wine at the theatre? Then this one’s for you. Nate Brown asks why drinks have to be so hellish when bars have a captive audience.

Here’s a classical depiction of Hell. Numerous descending circles, each floor a deepening depiction of depravity and retribution, hot pokers and all that jazz. However, at the bottom is no lake of fire, no burning pits. Instead, the devil is a three-headed monster encased in ice, frozen and incapacitated.

I have a different interpretation of Hell. It is about an hour south from St Pancras station. It is a place where frivolous hope comes to die. At least in a hellish fire pit, you could cook sausages. At least among the ice, you could make a decent Dry Martini. In Gatwick airport, however, such simple pleasures are forever out of reach. 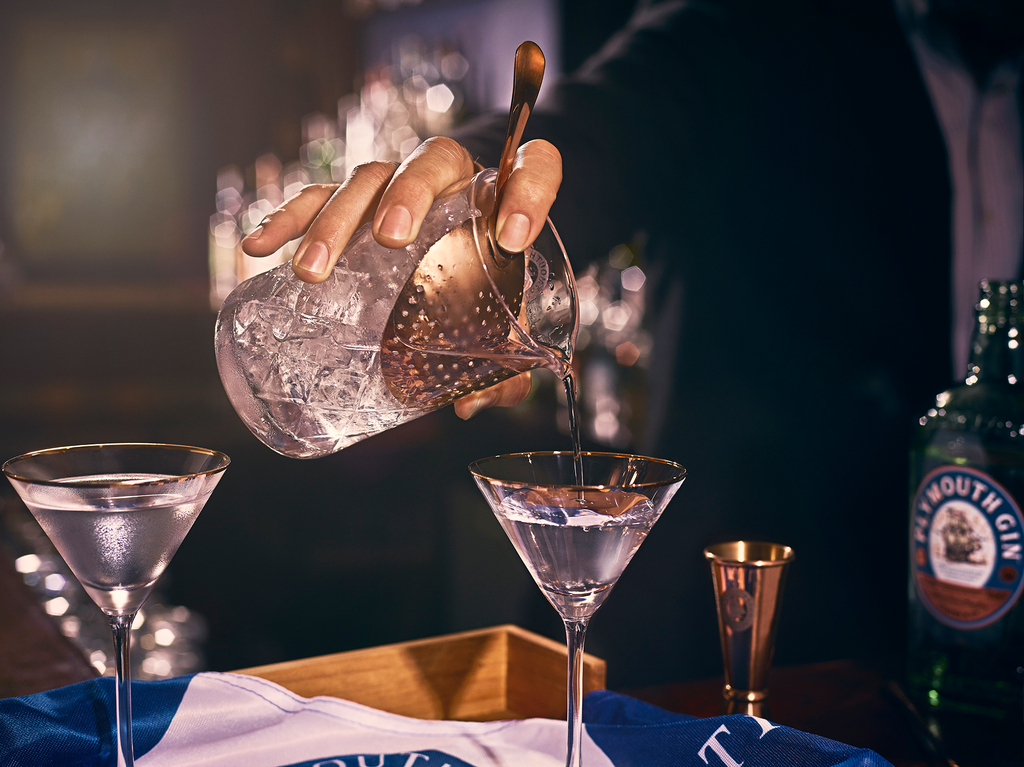 Imagine getting a Dry Martini like this at the airport, you’d want your flight to be delayed

On my latest adventure, I found myself thirsty, peckish and soon to be depressed in the departures hall. Bacchus and the other gods of food and drink have certainly never blessed this land. This is a place of hunger and want of every kind. Foolishly, I thought that a visit to one of the last remaining Jamie’s Italians would at least be mediocre. But my safe bet was a mule. Immediately, I became aware that the hostess’s lack of lust for life is contagious. Boy, if terrorists could bottle that, they could be done with us all by lunch.

There’s an irony in this one remaining smouldering ember of an empire being the worst of the bunch, like a cockroach that just won’t die. I was sent to the bar to order. I watch the bartender (and I use that term loosely) make a deplorable Bloody Mary: a single of Smirnoff, visibly fizzy tomato juice, bubbling like a witch’s cauldron, a single dash each of Worcestershire sauce and Tabasco, two ice cubes and a withered, malnourished lemon slice. I prayed for her to add more Tabasco to save whatever wretched soul was about to be served this crap. Mind you, all the hot sauce in the world would not be enough. The whole thing was put together at a snail’s pace, with absolute zero fucks given to the drink, or the guests impatiently waiting at the bar. She stops halfway through to complain about Barney the manger to her colleague, how he’s always hiding in the office. He’s hiding from you, Medusa.

The presence of a captive audience should stimulate the bars and restaurants that feed and water the endless arrival of inquisitive travellers. The hardest part of operating a venue is getting willing punters through the doors. Not focusing on that means more energy spent on perfecting the product. If only! Instead, the absence of a need to draw in punters transforms these venues into cesspits of hospitality excrement. What does it matter to them if the beer smells like cheese, or the mixed drinks are watered down with decomposing ice, or if the fruit garnish was cut last week? There’ll still be another wave of suckers to inflict this torture upon.

Nate Brown showing us how to make a proper drink

The lounges are no better, stocked with horrendous spirits. Nor is there any relief to be found after boarding. Why is the journey a penance and not part of the pleasure? I think about becoming teetotal when I travel. Or hijacking the plane. And airports are not the only criminals. All arenas of captivity are the same. Theatres offer (bizarrely) acidic Merlot, bought by the bar for £5 a bottle and flogged for £30 to mugs like me. No, I do not want a Bell’s while watching Pinter. I’m close enough to the edge as it is. I’d kill for a Redbreast. Literally. On trains, it’s a choice between tins of London Pride or Carling? Give me strength. Why is there not a Beavertown? Or some partnership with one of the thousand independent breweries this country supposedly has to offer? Instead, I’m left with a choice between having my throat burned or my stomach assaulted. It’s part of the reason why I don’t go to festivals, either. I do not want to have to pay £9 for a horrific Heineken in a plastic pint. I don’t want to pay an extortionate amount for the worst Bacardi and faux-fruit slushy imaginable. Why is it so hard to offer a decent Highball? Is this why people take drugs?

There’s a certain destitute acceptance of being in a captive audience, one that will consume any old crap at any old price, and one that I refuse to partake in. When the demon Mephistopheles in Marlow’s Doctor Faustus is asked why aren’t you in Hell, he responds, “Why this is Hell, nor am I out of it.” I know what he means.

Master of Malt @MasterOfMalt
11 hours ago
Whip up a Strawberry Shrub #cocktail with Piston Gin! Shake your gin with lemon juice and ice, strain into a glass, add crushed ice and a drizzle of berry cordial, then garnish with fresh berries.

Master of Malt @MasterOfMalt
14 hours ago
Made in the Amazon rainforest with a host of native botanicals, Canaïma Gin is deliciously sharp and fruity – and the brand supports reforestation!

Perfect booze for the bank holiday!