Ian Buxton
No Comments on The growing pains of Irish whiskey

It’s an Irish whiskey double-bill today. This morning we had exciting news of developments at Sliabh Liag, and now this afternoon Ian Buxton looks at problems and disagreements behind the much-heralded Irish whiskey renaissance.

According to James Joyce “the light music of whiskey falling into glasses made an agreeable interlude”. Ironically, though, that was written in 1914 when Irish whiskey was in near-terminal decline; a hiatus rather than an acquiescent break. Two years earlier, in 1912, a group of Scotch whisky distillers had founded the Wine & Spirit Brand Association, the body which thirty years later evolved into the Scotch Whisky Association. Their goal was to create a united industry voice, just one step in Scotch’s march to global domination. In fact, things were to get a great deal worse for the beleaguered Irish industry. By 1930, William Ross of the DCL was able to observe that “Ireland is an irrelevance.” Cruel, perhaps, but at the time entirely accurate.

It took a long time but, eventually, things did get better. Much better, as it happens as up until coronavirus’s rude interruption, Irish whiskey was enjoying its biggest boom since the mid-1800s with new distilleries being opened at a furious rate, existing distilleries expanded and a bewildering range of new brands being launched.

Irish whiskey has welcomed a hoard of new brands, distilleries and whiskies in the last few years

Not that everything went smoothly. In particular, many of these new brands seemed to be little more than marketing labels – whiskey from one of Ireland’s major producers repackaged by third-party bottlers. Some went further leading to the misleading impression, according to their critics, that such bottles were produced by one of the new wave of boutique distilleries. As the ever-outspoken Mark Reynier, now distilling in Waterford summed it up earlier this year in a fascinating interview for The Irish Times. “Most of the whiskey business in Ireland is independent bottling. Almost all Irish whiskey comes from three distilleries, so while there may be over 100 labels on display at Dublin airport, most of it comes from the same few sources. It is a charade and it risks doing untold damage to Irish whiskey.”

That would seem to be a wholly laudable objective and Drinks Ireland played a key role in defining Irish whiskey in a Technical File for the EU which became law in 2014. Indeed, according to DI’s William Lavelle, “Since the Technical File was adopted in 2014, Irish whiskey has benefited from increased exports, increased whiskey tourism to Ireland and a rise in the number of new brands in Irish whiskey.”

Quite possibly, but a lot has happened in the last six years, and not everyone seems to agree that the growth noted by Drinks Ireland is a consequence of their work rather than a coincidence. Mark Reynier for one regards them with some concern as under-resourced and “trying their best but pretty disjointed”. His main concern is that, as Irish whiskey grows in world markets, cynical competitors will take the opportunity to point to the proliferation of labels and suggest, through their crocodile tears, that ‘sadly, you can’t trust Irish whiskey’.

Others, such as the relatively new Blackwater Distillery in Waterford point to what they see as an inherent bias in the regulations that favour the larger producers who were well established when the rules were written.  In a provocative entry on their hard-hitting blog, they are particularly critical of Irish Distillers, the Pernod Ricard subsidiary.

The promise of Irish whiskey is great, but so are the challenges facing the industry

Is this I wonder, any more than the inevitable growing pains that come with such a rapid expansion in the industry and the arrival of so many new producers, all with their own ideas, enthusiasm and desire to innovate? After all, as the Scotch whisky industry knows, new ideas and methods of production can be adopted into the regulations if the demand is there and the industry can show a need.

Change can come, albeit over time. Irish whiskey has been around for centuries and survived any number of crises, some self-inflicted. As the world emerges from the current disagreeable interlude, as eventually, it will, perhaps this is the moment for all the players, large and small, to seize this opportunity for self-reflection and build the credibility and integrity that their trade association seeks to promote.

Master of Malt @MasterOfMalt
55 minutes ago
We captured our awesome trip to The @LakesDistillery in video form! Be transported to the green pastures of Cumbria while @whiskymaker Dhavall Gandhi gives us a sneak peak around the distillery itself! 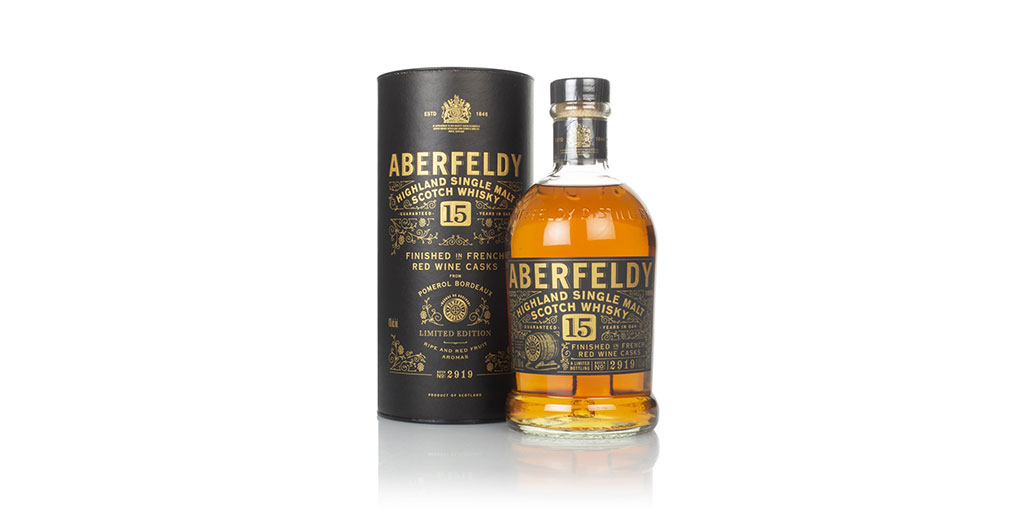 Cocktail of the Week: The Southside