Piedmont part one: The epicentre of Italian vermouth

Annie Hayes
No Comments on Piedmont part one: The epicentre of Italian vermouth

Many people go through their entire life without hearing those three little words. Unforgettable words that, when uttered together, promise the recipient that life will never, ever be the same from that moment on. No not ‘I love you’ – we’re talking about ‘medieval horse festival’. Or, if you want to be specific, ‘Palio di Asti’.

When the Bava family, 6th generation Barolo winemakers and producers of Cocchi wine-based aperitif and sparkling wines, invited MoM to Italy for a weekend of vermouth, wine, and medieval escapades, we knew better than to decline. More on Cocchi and the winemaking history of the Bava family to come in due course. But first: horses. 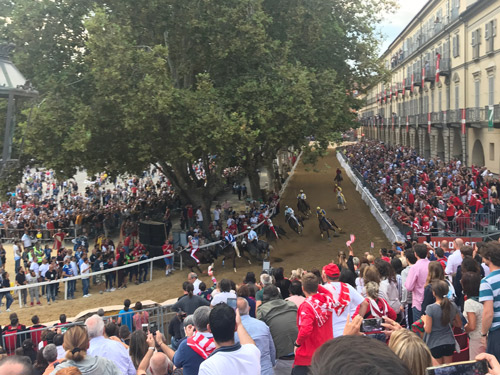 Many horses, no saddles

The race, which sees each participating horse represent various districts and neighbourhoods within Piedmont, takes place in triangular square the Piazza Alfieri on every third Sunday in September. There two objectives. First and most obvious, win! The triumphant region is awarded a highly coveted drape which depicts the image of San Secondo, the city’s patron saint.

The second objective is to avoid coming last, because the consolation prize is an anchovy salad. Also up for grabs: a bag of silver coins, a set of spurs, a live rooster, and a cockade (like a rosette). Nice. If the jockey should fall off – and they often do – the horse may continue to run the race. Indeed, jockey-less horses have been known to win in the past.

On the morning of the race, each horse is benedicted in the church of their district or municipality. In this instance, ‘in’ is not a typo; the horse is quite literally led inside the church. Incidentally, a ‘look-a-like’ horse is used for this bit, in case the ceremony freaks the horse out (likely) and it refuses to race.

With imposter horses well and truly blessed, a historic procession begins in the town centre, featuring more than 1,200 people dressed in traditional medieval costumes waving huge flags around and generally looking cool as hell. Highlights included a live chicken being paraded about in a palanquin (a covered litter) and a man who was quite literally dressed as a swamp. 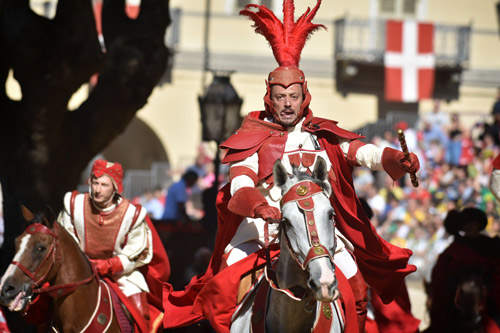 Even the horses get clothes | Photo: Vittorio Ubertone

The race is split into sections: three races of seven riders, and a final of nine made up of the top three from each heat. Once the horses are in line, and the mossiere has signalled that the race can begin, the three-lap circuit takes around two minutes to complete. Those who aren’t familiar with horses might wonder how eight minutes of racing could possibly fill an entire afternoon. Those who are will wonder why it doesn’t take longer.

Turns out, trying to organise seven horses in a straight line against a backdrop of a roaring crowd just once would be considered a tough gig. But four times? Enough reason to sneak off for an afternoon aperitivo if ever we’ve heard one.

Thankfully, Giulio Cocchi had the fabulous idea of opening a series of bars when he founded the Cocchi brand back in 1891, stocked with his vermouths, aromatised wines and sparkling tipples. One of them, Bar Cocchi, remains in the heart of Asti to this day, dishing out Negroni Sbagliato, Vermouth & Tonic, Americano Royale, and just about every other style of aperitivo you can dream up. 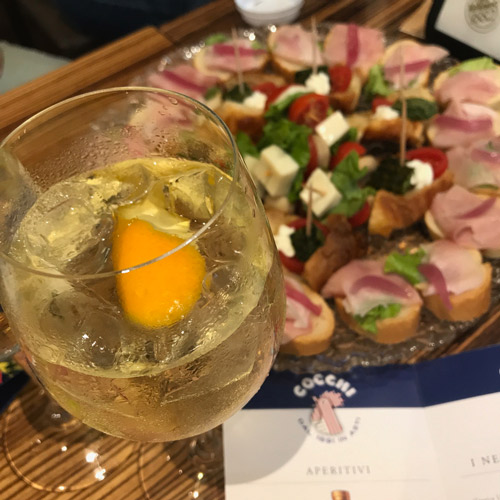 Horse wrangling or aperitvo? We know what choice we’d make…

By the time the final race comes around, bums are firmly on seats. The Palio might be a convivial tradition, but it’s underscored with a competitive streak. Neighbourhoods convene in groups, wearing their traditional colours, hollering in chorus. The mood is tense.

As the winning horse crosses the line – this year representing Moncalvo – the crowd erupts; elated locals from the neighbourhood jump the barriers and flood the dirt track, cheering, weeping and hugging one another.

Next week, we delve into the history of Cocchi winery, get a sneak peek at production, and explore the world of Futurist cocktails…

Master of Malt @MasterOfMalt
33 minutes ago
. @RosebankWhisky Distillery launches 31-year-old whisky, the last ‘old Rosebank’ release before the distillery is reopened to the public next year.