The Dalmore Decades: The No. 4 Collection is here!

Master of Malt
No Comments on The Dalmore Decades: The No. 4 Collection is here!

An exceptional collection of whiskies has just landed at Master of Malt. Called The Dalmore Decades: The No. 4 Collection, it’s a set of rare single malts from four decades of The Dalmore chosen by master blender Richard Paterson. We spoke to Paterson to find out more.

The Dalmore Decades: The No. 4 Collection has been a long time coming, decades in fact. It’s a collection of four single cask single malts from the 1970s, ‘80s, ‘90s and ‘00s. And Master of Malt has one set – see below for how you can get your hands on it.

We were fortunate enough to spend some time with master blender Richard Paterson aka ‘the Nose’ to learn more about this collection. He’s recently stepped back from his role at parent company Whyte & Mackay to concentrate on The Dalmore (and some side projects.) 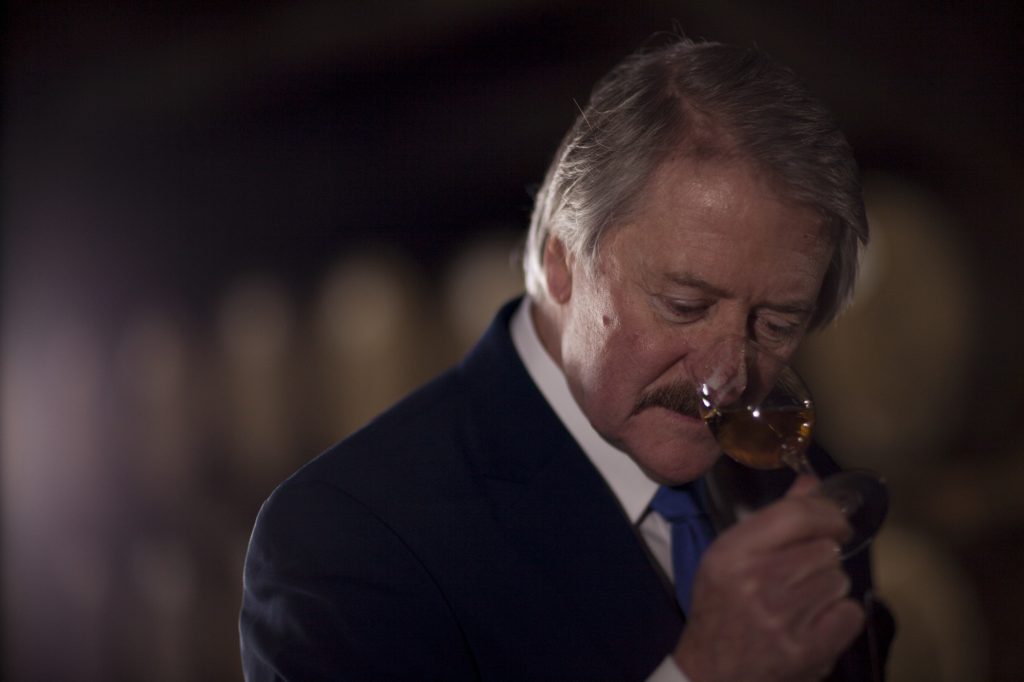 Richard Paterson and his famous nose

Dalmore has a long and rich history dating back to 1839 when the Highland distillery was built in 1839 by Alexander Matheson. But it was under brothers Andrew and Charles Mackenzie that it enjoyed its heyday. Today, every bottle carries the image of the stag, the symbol of clan Mackenzie. They took over running the distillery in 1867 and in 1874 doubled its capacity.

According to Paterson, The Dalmore has a tradition of long ageing its whiskies: “Andrew Mackenzie thought ‘why am I giving these whiskies at six, seven, eight years old away for?’ and then he discovered ‘wait a minute, they’re becoming a quality I’m looking for, why don’t we leave them even longer?’” This was radical stuff in the late 19th century. Until very recently, Paterson said “the maximum age was 12 years. So if anybody went beyond it, you thought ‘you’re off your head, what are you doing?!’”

Under the brothers Mackenzie, The Dalmore was sold as a single malt and exported all over the world but by 1914, most of its production was going into blends. “It was heavily demanded by the blenders,” Paterson said. The family sold up in 1960 to Whyte & MacKay, and it was only in the 1970s that the distillery returned to concentrating on bottling its own malts. 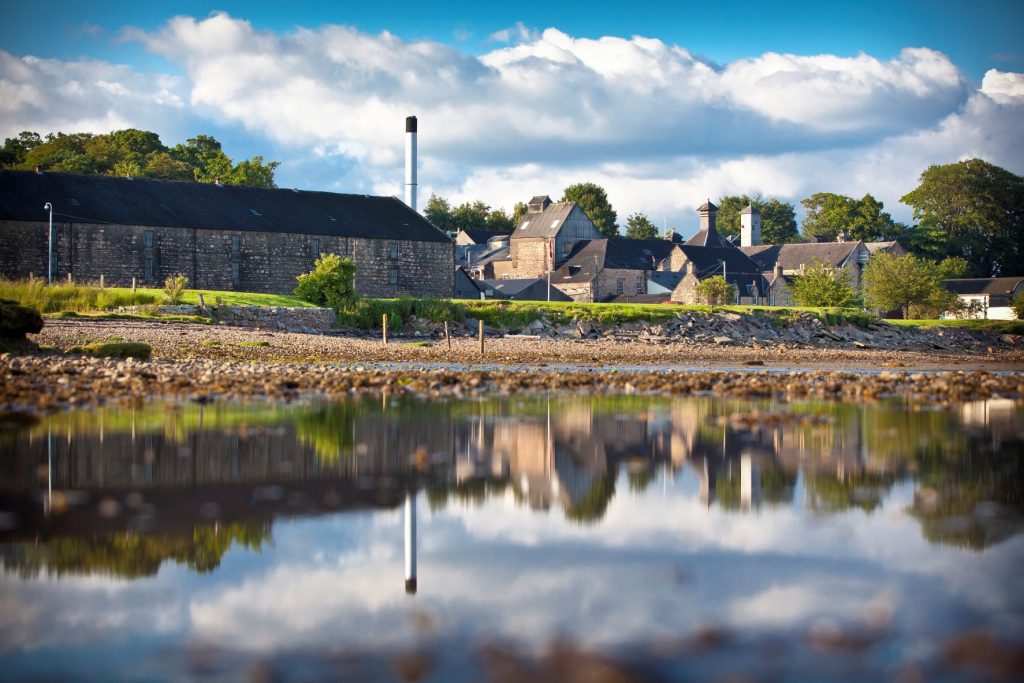 The importance of casks

Richard Paterson joined The Dalmore and worked under Hector Mackenzie, the last Mackenzie to be involved with the distillery. Part of building The Dalmore as a single malt brand was based on tightening up on the casks used. “There were expressions using American white oak, sherry,” he explained, “but not to the same degree to we know today. We know exactly where these casks have come from, we know how old they’ve been, we know how long they’ve been seasoned. All these things have taken place over the last 20 years.”

The other crucial thing was getting the image right: “we’ve got to get our packaging up to a very, very high standard but we’ve got to get a price structure that reflects that image we’re portraying’.”

“But one thing has not changed and that’s the quality of Dalmore,” Paterson told me. Dalmore is famed for its robust whiskies made with “big bulbous stills” that “give complexity.” There is a pair of large stills and three pairs of smaller stills. The other major component of the Dalmore style is the use of ex-bourbon casks followed by maturation of sherry oak from Gonzalez Byass’s Matusalem Oloroso Dulce to create a rich luxurious drop full for fruit cake and tobacco. Indeed, The Dalmore is considered one the classic accompaniments to a fine cigar.

The Dalmore Decades: The No. 4 Collection

“But we can’t just have four decades with Matusalem sherry, but we also want to offer to our discerning drinkers, something completely different, something original, something that’s never been done before,” Paterson said. And this is exactly what he has done. These rare whiskies from four decades of Dalmore’s existence make use of Port casks and other unusual ageing techniques. This is all in keeping with the MacKenzie legacy, Paterson explained: “The Mackenzie Family had gone down to Jerez de la Frontera in 1852, gone up to the Douro Valley, and they had Mackenzie sherry and they had Mackenzie Port!”

Paterson said: “This is called a ‘masterpiece of time’ and that’s what the time is all about – to see that when the whisky was seasoned we took it off at exactly the right time to show the consumer what whisky, genuine aged whisky, is all about.” 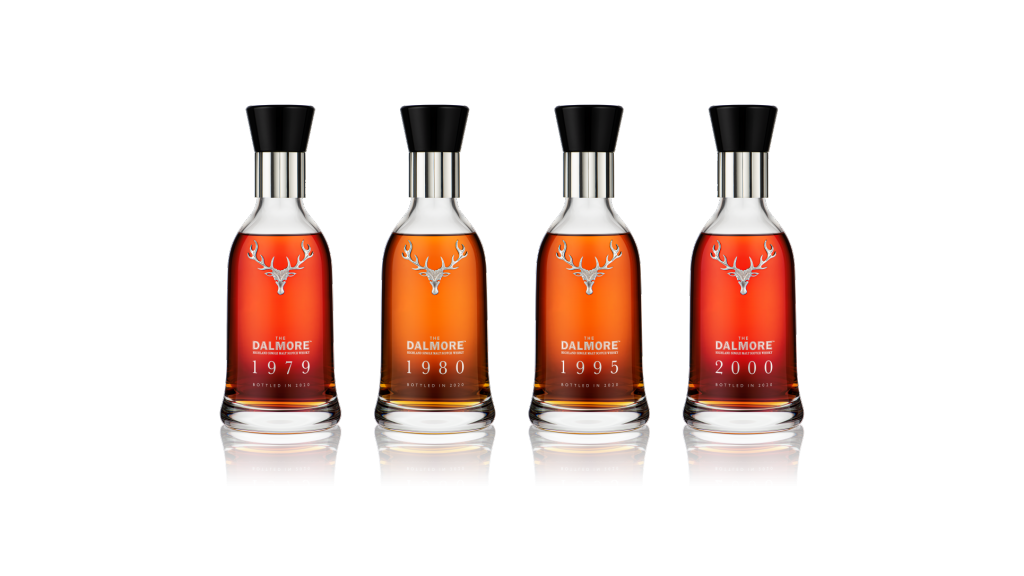 The Dalmore Decades: The No. 4 Collection

This was distilled under Hector Mackenzie’s watchful eye. It was first matured in Matusalem Oloroso sherry butt followed by ageing in a cask that formerly held a 1952 vintage Graham’s Port. Expect flavours of “exuberant sultanas and toasted pistachios, finishing in pleasant notes of maple syrup, pineapple, and succulent dates.”

1980 was the year Paterson arrived at The Dalmore and learned under Hector Mackenzie. This one has a complicated ageing history. It initially spent some time in bourbon casks before being racked into Matusalem sherry butts, and then spent more than five years back in first-fill ex-bourbon casks before bottling. Tasting notes promise: “beautifully orchestrated single malt layers, which include a gentle whisper of bitter chocolate, marzipan, and cocoa powder.”

The ‘90s saw the arrival of Dalmore’s famous bell-shaped bottle. This 1995 whisky was aged in ex-bourbon casks and finished in Tintilla de Rota casks – a rare sweet red wine from the sherry region. According to Dalmore “it offers a burst of red berries, glazed nectarines, frangipane, and moist pecan pie on the palate, building to a triumphal finish”.

The Dalmore Decades 2000 – ‘Into the New Millennium’

Dalmore was the first whisky distillery in Scotland to distill in the new millennium with new make coming off the stills at 12:03am. This spent all 20 years of its life in a Matusalem Oloroso sherry butt. No bourbon here at all. It is described as “rare and intriguing, black maraschino cherry and bitter chocolate drench the palate, and a final kiss of liquorice and tarte tatin ebbs slowly in the background.”

All sounds pretty, tasty doesn’t it?

Paterson insisted that this collection is for drinking on special occasions: “When people buy this collection, I do not want them to just look at it on their pedestals and everything. I want them to at some point in their life, not just to look at them, to open them up and share them with their friends.”

Click here to find out how you can get your hands on the The Dalmore Decades: The No. 4 Collection.