The Bourbon Series: Part One… with Fred Noe of Jim Beam

Annie Hayes
No Comments on The Bourbon Series: Part One… with Fred Noe of Jim Beam

From humble beginnings in Kentucky, Jim Beam has captured the hearts of American whiskey fans across the globe, quite rightly earning the title of ‘World’s Best-Selling Bourbon’. We travelled to Barcelona to meet master distiller Fred Noe, and hear him reflect back on German roots, cowboy stereotypes, and the ‘Kentucky chew’…

Since Jim Beam and his direct descendants have been making bourbon in Kentucky for more than 200 years, it’s safe to say the family know their way around a glass of whiskey. So when MoM was invited to a tasting led by Jim Beam’s great grandson (among other bourbon royalty – more on that next week!) there could only be one reasonable response: hell yes.

As we tackled the veritable line-up – which comprised Jim Beam White Label, Jim Beam Double Oak, Jim Beam Black, Basil Hayden’s, Basil Hayden’s Dark Rye, and Knob Creek – Fred Noe reflected on the past, present, and future of Beam’s legacy, and the wider bourbon category. Here’s what he had to share…

Our family’s history goes back to 1795. Jacob Beam started making whiskey in a little place called Hardin’s Creek. There’s been a Beam family member making our bourbon ever since then. My son, Freddie, being the eighth generation, will take over from me when I hang up [my hat] and go to the front porch and sit in a rocking chair – but it’s going to be a little while before I do that. I’m not ready to quit just yet. 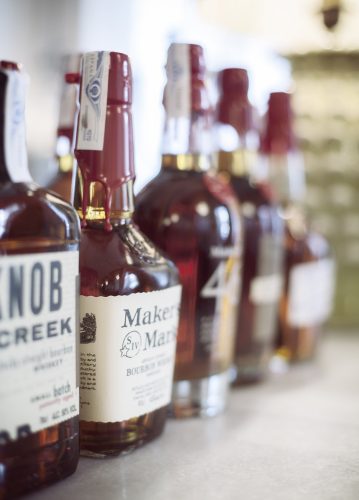 The Beam family came from Germany, and our name was originally Bohn. When they came to the States they anglicised it. That’s where we get our roots from. In the US in the late 1700s, they were giving away land in what is now known as Kentucky if you would move there and grow corn. Our family migrated through the Cumberland Gap, came into what is now known as the north of Kentucky, and that’s where we got started. Today we’re [around] 20 miles from where the original site was. You can still find the well where [Jim Beam] drew his water, and the root cellar where he stored his stuff.

When I was growing up, my father had one rule for me. If I wanted to come and work at Jim Beam, I had to finish college. When people found out I was Jim Beam’s great grandson, I got invited to a lot of parties, and I went to every one of them. [Freddie] had the same rule, he had to finish college before he could come to work. Dad didn’t finish college, that’s why that rule came into play. Fathers like their sons to do better. 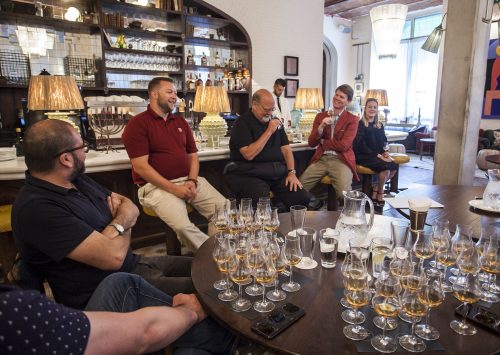 Fred Noe with son Freddie to his right

He started me off as night shift bottling line supervisor. Probably the worst spot he could find at the plant! To this day I still believe it was a test to see if I really wanted to work or if I was just looking for a soft spot… 35 years later I’m still there, they haven’t run me off yet! He wanted it to be my decision too. He didn’t want me to think that I had to do it because I’m Jim Beam’s great grandson. It’s the same with Freddie; I said, ‘do what you want to do’.

When I was a young boy my father was at the distillery 12 hours a day. Now, promoting and educating people is just as important. When I was young, bourbon was your dad’s drink or your grandfather’s drink, no young people were drinking it. The job has evolved from physically running the distillery to being a PR and management person. It’s a double-edged sword now.

The world has gotten to be a much smaller place because of social media. We used to have products that were only in certain parts of the world. Today, if you release something right here in Barcelona, people in Australia know about it tomorrow, there are no secrets. Jim Beam Small Batch was a product we shipped to Australia. All of a sudden now, people can get it online. With secondary markets you can buy anything online. 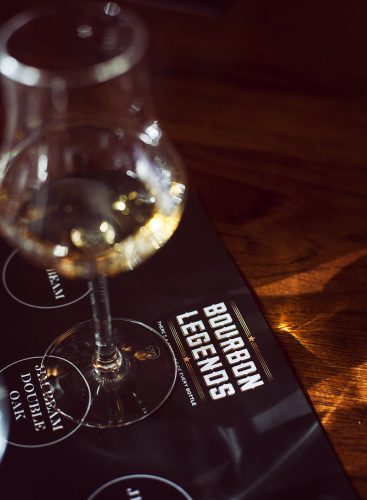 Getting to grips with Beam’s Bourbon Legends in Barcelona

I always tell people, ‘if you taste a bourbon and make a face, then it’s too strong’. Cut it down to where it’s pleasing to your palate. In the movies, a cowboy rides a horse across the desert, he walks [into a bar], and they give him a glass of whiskey. I’d want a glass of water or something first! I couldn’t imagine throwing down some cask-strength whiskey when your throat’s dry as dust. They make it look so easy on TV, and that’s the image people have. Now, people are learning how to enjoy it. Education has helped [the bourbon category] more than anything.

My dad had a unique way of tasting bourbon. He put it in his mouth and he chewed on it. One time a whiskey writer coined the term ‘Kentucky chew’, and that stuck with him through his career. Now I get asked, ‘are you going to show us how to do the Kentucky chew?’.

I’ve learned not to judge a cocktail until you put it in your mouth. You can watch and think, ‘why are they putting that [ingredient] in there?’, and then when you taste it – ‘damn, that’s pretty good!’. In the end, if the balance is right, it’s always great. People were bartenders when I was a kid, but now [they’re like] scientists. I think things are going back to the old days; people like seeing a Whiskey Sour made with lemon juice and simple syrup and not just sweet and sour mix; [they like] watching the guy build the cocktail in front of them. I think that’s helped bourbon, too. 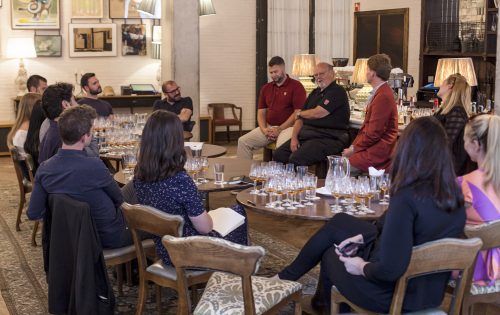 Hanging on Fred Noe’s every word

People ask about age all the time with bourbon, because they’re trying to compare it to Scotch. It’s almost like comparing an apple to an orange – sure, they’re both fruits, but they’re totally different. They’re doing it with pot stills, they’re malt based; we’re using column stills, we’re corn-based; the climates are totally different. [Barrel ageing] is like adding salt and pepper to something you’re cooking; it gets better to a point, and then it’s too much.

Sun’s out, rum’s out! Pub sales soar as the sun shines