Tell ’em about the honey: How mead became the latest thing

Henry Jeffreys
No Comments on Tell ’em about the honey: How mead became the latest thing

Before there was beer, whisky or gin, people from northern climates turned to honey for all their alcohol needs. Since then, mead, has been out of fashion for over half a century. But now, it’s back…

Last month, I went to a pop-up bar in Peckham, south east London, and everyone was drinking not craft beer or yuzu smoothies, but mead. Yes, mead, the drink that we associate with Vikings and chubby medieval friars is now, whisper it, a bit cool. We’ve noticed the mead effect here at Master of Malt. It is flying off the shelves. So, we thought it would be a good idea to look a bit further into the category and find out what it’s all about. 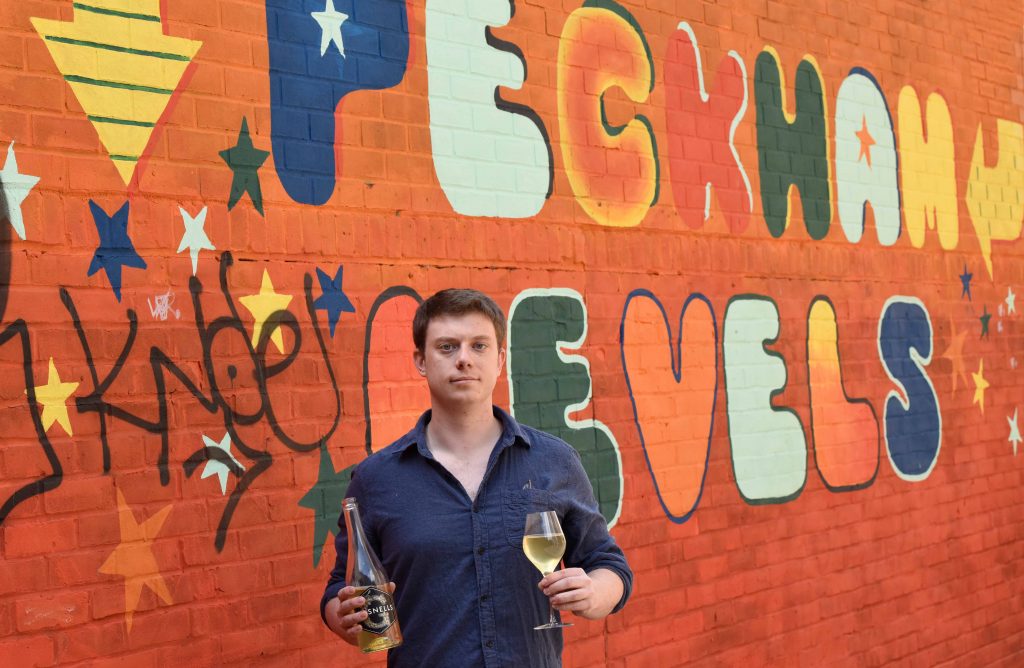 The bar in question was called Gosnells Upstairs at the Coal Rooms, and it will be open for the next six months. It’s designed to showcase Gosnells Mead which is produced just around the corner. The founder Tom Gosnell used to make cider, but picked up a love for good quality mead in the US. “I was travelling along the East Coast of the US when I was first exposed to mead that was crafted with real, love, care, and respect for the honey,” he said. “This really lit a fire in me, and I was determined to start making a modern mead in London.”

And so, in his own words, Gosnell opened “the first London meadery in over 500 years”. Being based in Peckham means that he’s in the heart of London’s craft brewing scene. “It’s so vibrant and diverse, there’s a real energy here that you can’t help but get caught up in,” he told me.

James Lambert from Lyme Bay down in Devon also started with cider, then wine, and now makes an extensive range of mead including the bestselling Moniack brand that was previously based in Scotland. “We own the Highland Wineries brand and make all their products at our Devon winery,” he explained. “This change took place when the Fraser family, who used to own Moniack, closed it and sold the business.” 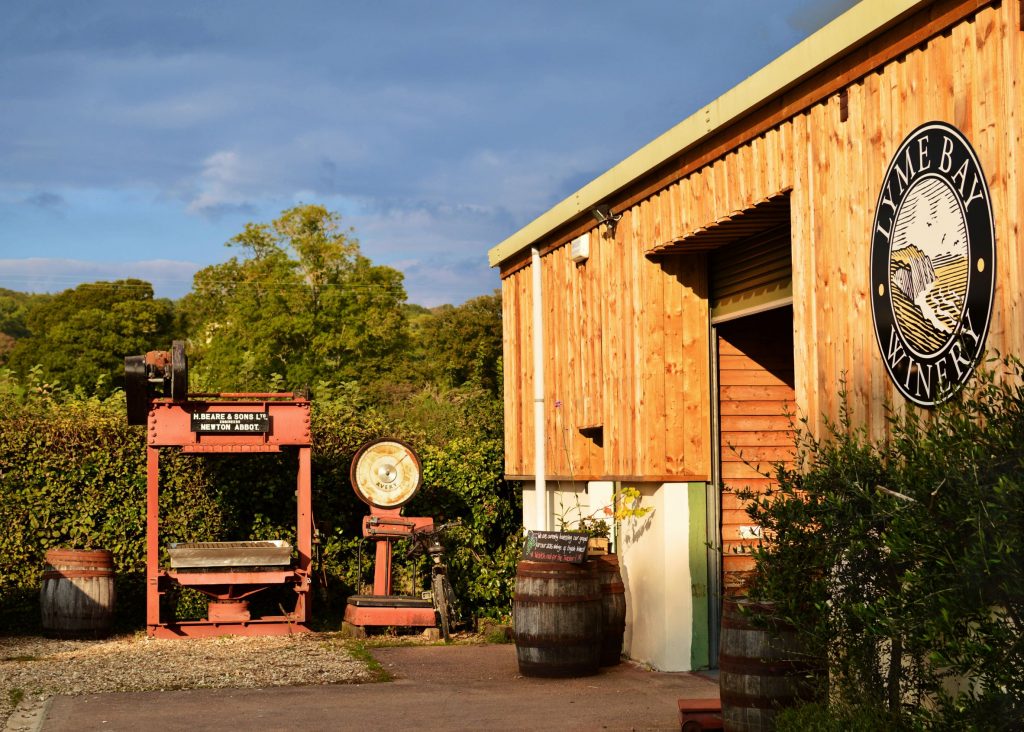 In order to make alcohol, all you need is a sugary liquid and yeast. So it’s understandable that honey was one of the first products that people made into alcohol. Tom Gosnell explained the process: “We simply take honey, mix it with water and pitch a yeast, which turns the sugars into alcohol.” But it’s important to use top quality raw ingredients. “Great mead starts with great honey,” He continued. “When you ferment, you strip away some of the sweetness and get access to the amazing tertiary flavours that the bees have been collecting from all the flowers.”

Gosnells London Mead is made from Valencian orange blossom honey. According to the company’s mead maker, Will Grubelnik, this is to ensure consistency. Grubelnik is an Australian brought up in a wine producing part of Victoria. “Wine and mead are very close in fermentation style and they’re both very much about terroir,” he told me. Gosnells’ bestselling 5.5% ABV original is pasteurised to retain some sugar, carbonated and then sold in 750ml bottles to rival Prosecco or good quality sparkling cider.

The team also produces limited edition meads made from single flower varieties, single areas or individual beekeepers. A current offering from Biggin Hill in Bromley is fully fermented to about 8% ABV, so it is bone dry. Grubelnik enthused about meads barrel-aged for 18 months that taste a bit like dry sherry.

James Lambert agrees on the importance of good honey. He uses a “unique blend of English, Mexican and Chinese honey which combines the most aromatic of indigenous flower species to create the rich, floral and pungent characteristics that our meads are famous for.” You can also add flavours and spices, as they do at Lyme Bay. “We combine honey with hand-picked spices and ferment them with water to create our award-winning range.” Lyme Bay offer a huge range of flavoured products including Garden Mead (made with fresh mint); Tournament Mead (ginger); Rhubarb Mead; and Yore, “a dry, light mead with a sparkle and a delicious honey kick which makes a refreshing alternative to beer and cider”.

In proper mead all the alcohol should come from honey. However, there are no regulations for the category, so many meads get some alcohol from apple juice or beer, or may even be merely honey-flavoured. Grubelik told me that they are currently campaigning for a regulatory framework.

So, how to drink all that honeyed goodness? Lambert recommends drinking her Rhubarb Mead “served chilled or on the rocks but this tangy mead also has the sweetness and fruitiness to pair it perfectly with blue cheese and terrines, as well as ice cream and fruit-based desserts.” According to Gosnell, the sparkling product is “perfect as an aperitif, an alternative to Prosecco, but I really like the way that it holds up well to spicy food, and cuts through fattier dishes like pork belly.”

Mead also works superbly as a cocktail ingredient. Gosnell gave me a drink to try called a Peckham Lemonade. It sounds like old-school gangster slang: ‘he ain’t gonna snitch no more, Vern’s given him a dose of Peckham Lemonade’. But it’s actually a delicious long drink made with gin, honey, lemon juice and sparkling mead. 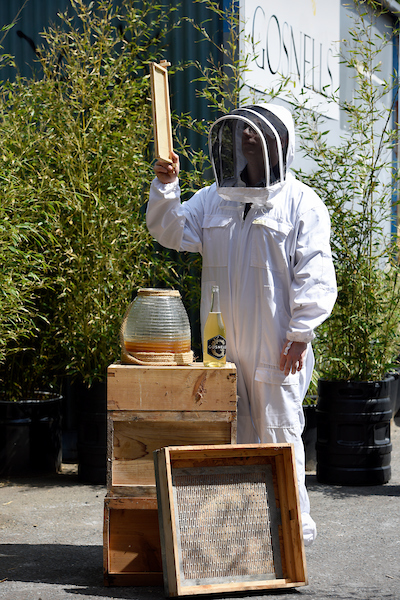 It’s all about the honey

Lambert agrees: “Mead’s flavour combinations make it an ideal addition to cocktails. We’ve collaborated with Sam Boulton, owner of The Vanguard mead bar in Birmingham, who has come up with six mead cocktail recipes.” These include a Rhubarb Negroni, made with Rhubarb Mead, Aperol and Cotswold Gin, and a delicious-sounding low-ABV one called English Gardening, made with Garden Mead, Seedlip Garden, elderflower liqueur, apple juice and soda water.

What’s driving mead’s new-found popularity? Could it be something to do with Game of Thrones? James Lambert had some thoughts. “Across the pond, mead is having a full-blown revival and is one of the fastest growing alcoholic beverages in the country. It has captured the hearts of a new generation of discerning drinkers and there is also, of course, a certain HBO series that is putting mead in the spotlight. Over in the UK these effects are being felt and we are seeing the beginning of a long and sustainable growth.”

Grubelnik reckoned about a third of the people who came to the bar were already into mead, particularly customers from Scandinavia, and wanted to try flights of different meads. But Gosnell told me that many customers are completely clueless. “There often isn’t the fundamental understanding around mead,” he said. “It’s not just a new product to the market, it’s a whole new category!” All we can say is, give it a go and maybe you too will acquire the need for mead.

Master of Malt @MasterOfMalt
3 hours ago
Elephant Dry #Gin is made with 14 botanicals, including an array of African ingredients – and the brand donates funds to African elephant foundations!

Master of Malt @MasterOfMalt
20 hours ago
Whip up a Strawberry Shrub #cocktail with Piston Gin! Shake your gin with lemon juice and ice, strain into a glass, add crushed ice and a drizzle of berry cordial, then garnish with fresh berries.