Lucy Britner
No Comments on Not another one! How can gin brands stand out?

There’s a lot of gin out there. A hell of a lot. So, how can gin brands stand out in such a crowded market place? Lucy Britner meets three British brands doing things a bit differently.

If someone were to illustrate ‘Gin Lane’ now, the sign would be on a decorative metal plaque and it would read ‘Gin O’Clock!’ or, even worse, ‘Let the fun be-GIN’. The juniper spirit has captured the hearts, minds and gift shop owners of the nation, and barely a week goes by when a new gin or a new expression isn’t released.

Once upon a time, Hendrick’s dined out on ‘unusual botanicals’. Now, rose and cucumber seem relatively usual in comparison with some of the bonkers concoctions that are on the market today. (Hi, Unicorn Tears! Though shame on you for making unicorns cry.)

And there are so many of them. In fact, according to booze trade group the Wine & Spirit Trade Association (WSTA), combined sales of gin and flavoured gin in shops, supermarkets and online went up 22% in value in 2020, breaking the billion-pound mark for the first time, worth £1.2 billion and totalling 75 million bottles.

That’s a lot of gin. The question is: how can gin brands stand out in such a crowded market place? Especially the ones that don’t have giant drinks companies with their hefty marketing budgets behind them. 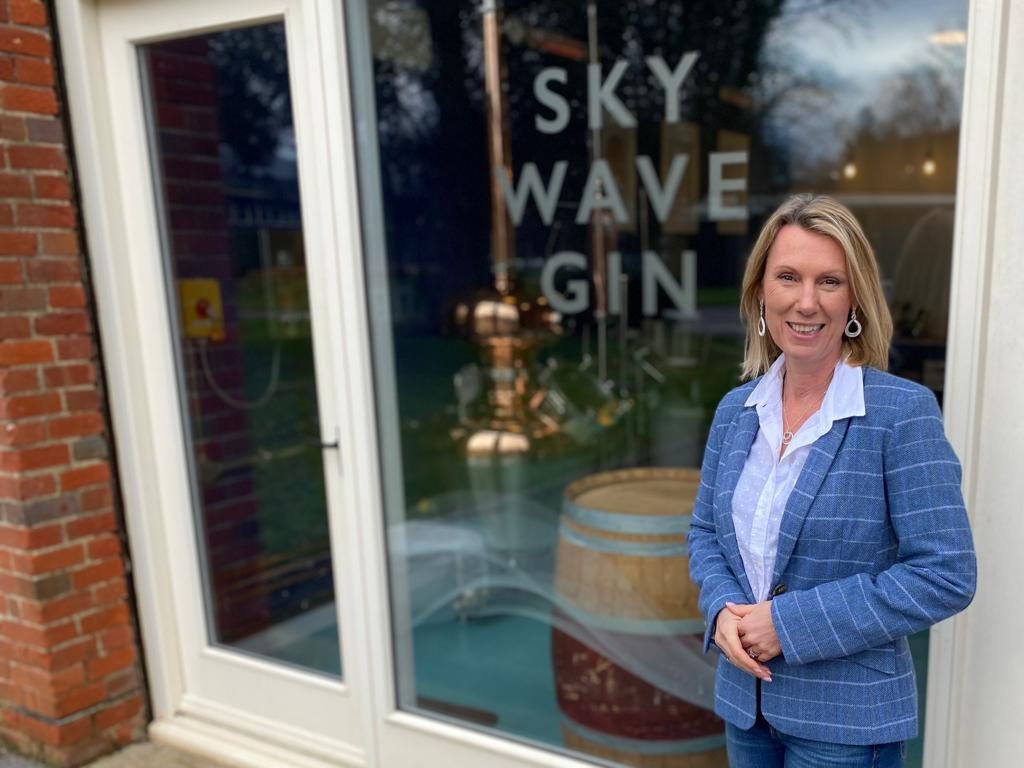 Get to know your customers

“Sky Wave Gin, based in Oxfordshire, differentiates itself in a variety of ways, which aren’t always immediately obvious,” says Rachel Hicks, partner and distiller. “There’s no huge marketing budget to flash the brand in consumers’ faces, but firmly and consistently we promote our beliefs in craft, quality and originality.”

Simon Pettit, the brand’s business development manager, delves deep into the analytics, highlighting the impact of different social media platforms on reaching the Sky Wave drinker: “We have just started a Facebook campaign to target the over-40s, without generalising, as initially we were finding the Instagram and Twitter stuff was just getting re-shared and not generating click-throughs.” This is combined with more traditional marketing campaigns in publications including Cotswold Life, and the Chilterns Society’s magazine, as well as events like the Artisan Food Market at nearby Waddesdon Manor.

He says the aim is to form a deeper customer relationship. “We still reckon the ‘old school’ approach has merit when coupled with engagement on Facebook. We’re already seeing small indications of a better level of interest.” Hicks added: “We are very happy targeting the ‘older drinker’ and not chase the younger market”.

As the old saying goes, ‘fish where the fish are’. Indeed Hicks adds that Sky Wave consumers already “know and love” gin and they are not interested in gimmicks. “We’ve paired our premium gins with a classic, timeless brand image of clean, simple lines which appeals to our target age range of 35-55 years old,” she continued.

There’s also another draw: the distillery. The venue is at Bicester Heritage, a former RAF site and now the home of historic motoring, which again is a good fit for Sky Wave customers. “You may pop in for a bottle of Navy Strength and spot a 1934 Bugatti driving past or a World War II Tiger Moth landing on the airfield next to us,” says Hicks.

Elsewhere, she says quality comes before short-term profit. “We’ve always been more concerned with the quality of our gin than how much profit there is to be made,” she adds. “For example the majority of our gins are created at 42% ABV or above to achieve the flavour profile we want.” To be legally called a spirit, gin must be at least 37.5% ABV, but duty is paid based on the percentage of pure alcohol per litre. Therefore, it’s cheaper to make a lower ABV gin than a higher one. 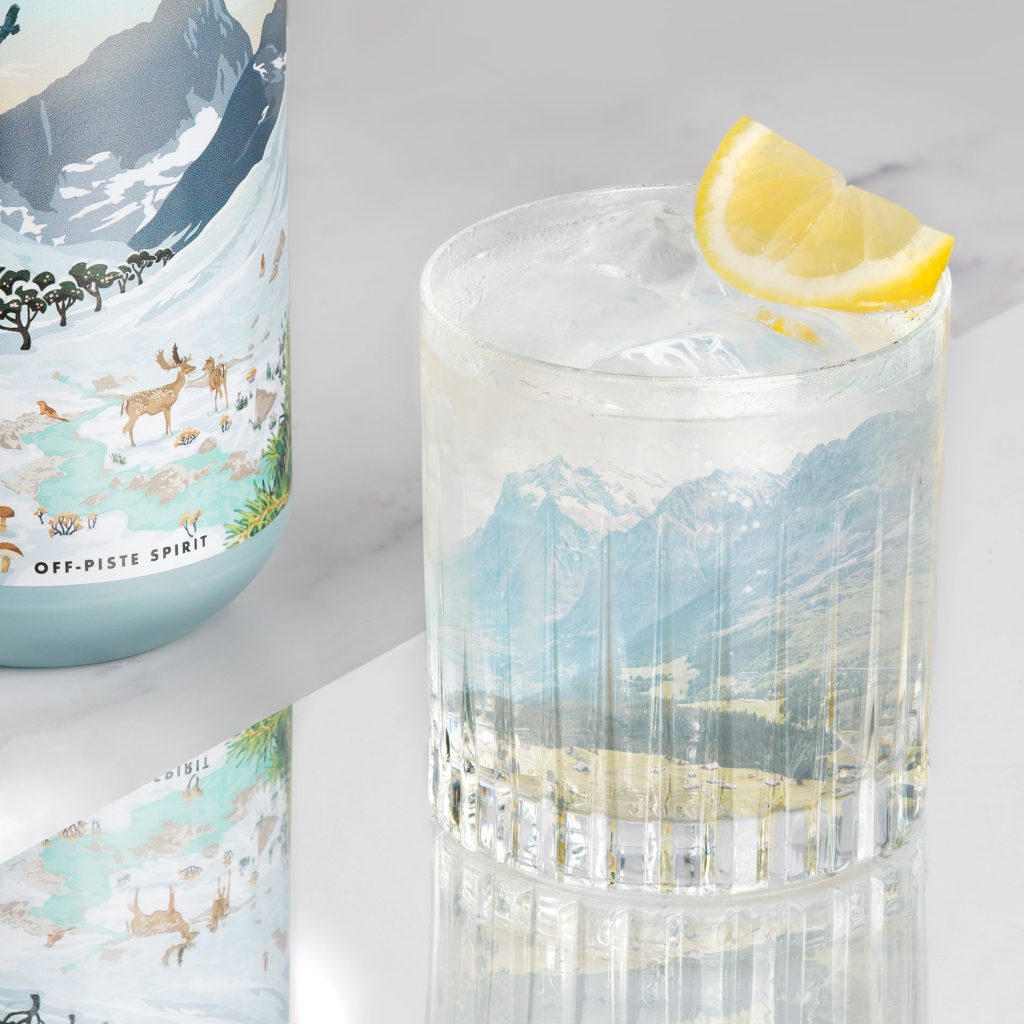 From historic motoring to ski slopes and Off Piste’s gin has its very own USP. The brand, which has been around since 2020, is Off Piste Wines’ first foray into spirits.

Brand ambassador Helen Chesshire says the aim is not simply about appealing to skiers or snowboarders but to a wider demographic who enjoy a bracing walk in the countryside and who are discovering new adventures. “Our customers may well be adventurous types but they also know gin well,” she says. “We had a lot of messages and comments from people over the past year who told us they were buying the gin for themselves or a loved one who was missing the mountains.”

She describes Off Piste drinkers as a mix of discoverers and adventurers. She says the gin appeals to an “older generation of hedonists – 50+ original Glastonbury goers – and younger gin drinkers looking to discover new brands”.

When it comes to engaging fans, Chesshire says the brand will appear at The National Snow Show later this year, with plans to meet a wider community. The brand also had a sponsorship deal with Winter Olympian Chemmy Alcott.

“With all new gins or indeed other spirits, there needs to be a hand-sell,” Chesshire explains, describing “engagement and loyalty” as well as hearing feedback from drinkers to help “understand how we could expand on our cocktail serves and our future plans for brand growth”.

The taste, too, she describes as ‘bracing’, with the delicate herbaceous and floral notes that you might expect from an Alpine-inspired gin. 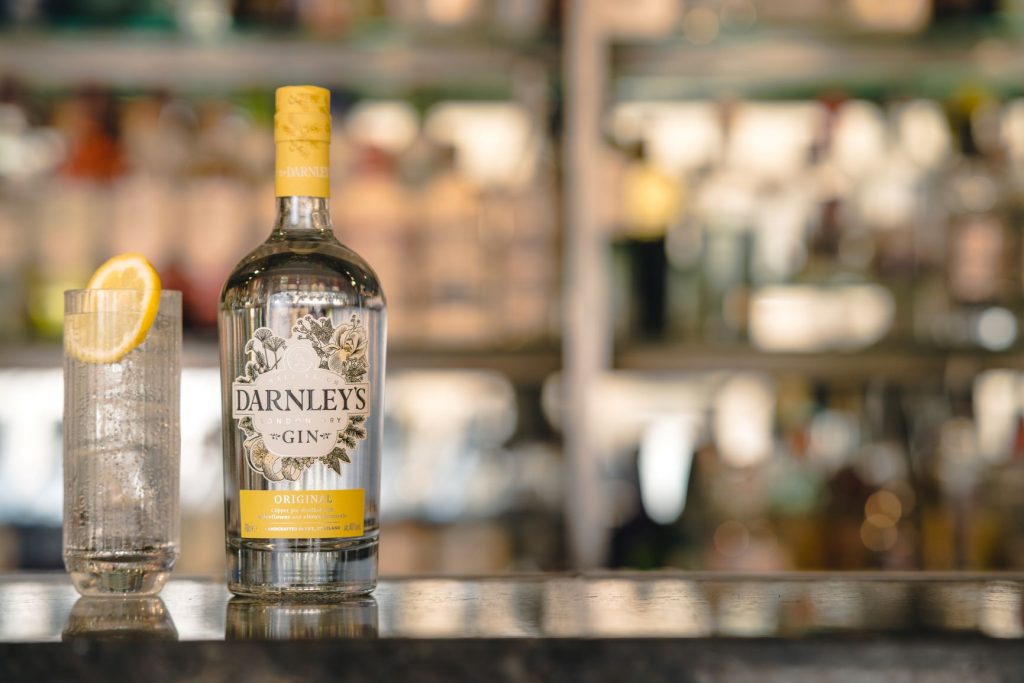 In Scotland, Darnley’s is a veteran of the modern gin movement, having set up shop in 2010. Director William Wemyss says it started “before the gin craze really took off”.

The great thing about having a bit of time under your belt is that you can also get a real handle on who your drinkers are.

“Our target demographic is 25-45 female gin drinkers who also have an interest in other lifestyle categories such as food, entertainment and gardening,” Wemyss says. “We know this because of the data that comes through our website tracking with Google analytics.”

He says that provenance across food and drink is becoming even more important to consumers, and within gin, that means touting natural botanicals and, as far as possible, local ones.

The brand includes a limited edition ‘Cottage Series’, which is inspired by botanicals local to the cottage that houses the Darnley’s distillery. The most recent release is Smoke & Zest, which features Fife-grown barley smoked over pine wood chips, and rowanberry that grows around the distillery. Wemyss also hints at a brand new release, though he’s keeping it under wraps until World Gin Day (12 June). Watch this space.

These three brands have carved their own niche – and they know who their drinkers are. That’s surely a great way to remain relevant in a crowded marketplace.

Master of Malt @MasterOfMalt
3 hours ago
These summer evenings are bliss, and Balvenie 14 Year Old Caribbean Cask is the perfect single malt sundowner!

Master of Malt @MasterOfMalt
21 hours ago
Shake up some flashy cocktails and show off your flambé flair by mixing up a Maratini with @BrockmansGin Intensely Smooth.

Master of Malt @MasterOfMalt
21 hours ago
Try a sophisticated twist to your spritzes this summer with this combination of @ChambordLiqueur and Adami Bosco di Gica Prosecco... Berry delicious. On special offer now!

Cocktail of the Week: The Kamikaze