New Arrival of the Week: The Glenlivet Spectra

Henry Jeffreys
1 Comment on New Arrival of the Week: The Glenlivet Spectra

A new and mysterious limited edition Glenlivet has just arrived exclusively at MoM HQ. Or rather three new Glenlivets have arrived in one package with very little information attached. We spoke with master distiller Alan Winchester to try to find out more. . .

Normally when we write about new releases from well-known distilleries, it’s all about the cask. Our customers want to know as much as possible about how their whisky has been aged: Were the casks first fill or refill? Were they made with European or American oak? What did the casks hold before? Bourbon? Rum? Marsala? Sherry? What kind of sherry? From which bodega? Were they recharred? And most importantly, how long did the whisky spend in barrel?

But Glenlivet with its series of  cryptic annual releases has decided to spoil things for all the whisky nerds out there by not telling us anything at all. Last year there was Enigma with Code, Alpha and Cipher preceding it. Do you detect a theme in the naming? According to master distiller Alan Winchester: “Each whisky in the series plays with the senses and challenges drinkers to go on a journey of exploration to uncover the tasting notes”. Very tantalising. 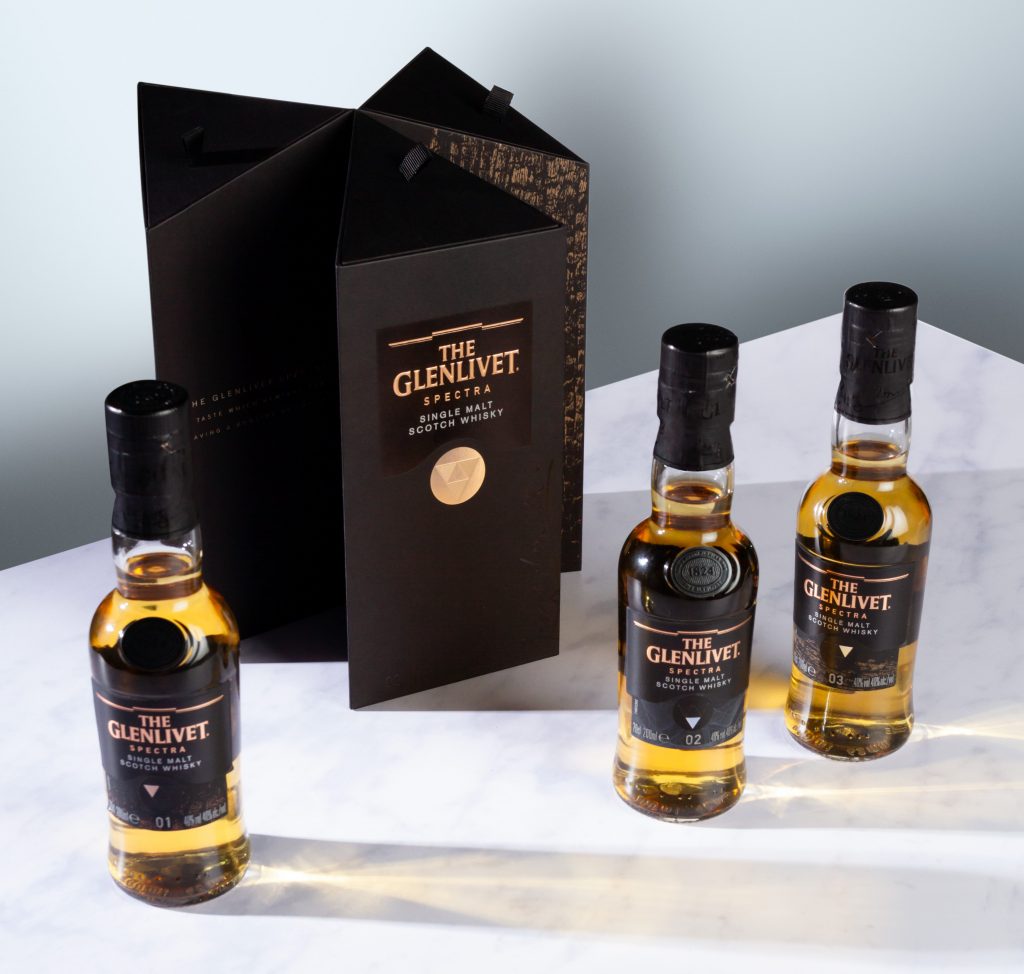 These bottles contain whisky, beyond that the team at Glenlivet won’t tell us any more

And now there’s Spectra, it sounds like something to do with James Bond but it’s actually a trio of Scotch whiskies in 20cl bottles filled at 40% ABV. Winchester commented: “The Glenlivet Spectra is the first limited edition we’ve created that comes as a trio of single malts. We wanted to craft a series of whisky expressions that stretch the smooth and fruity house style into three different directions.” The idea is that without knowing anything about them, you just appreciate the spectrum of flavours. Oh, that’s where the name comes from, it’s the plural of spectrum. Very clever Glenlivet.

To guide you on your journey through flavour there’s a digital experience-type thing that you can access via your portable telephone device. Winchester explained: “The Glenlivet Spectra builds on the digital experiences we started with The Glenlivet Code, a previous limited edition in this series, although I’m not a floating hologram in this one! The experience invites our fans to join a digital journey through a spectrum of flavours during which they will try and decode the mysterious tasting notes.” Sounds modern! 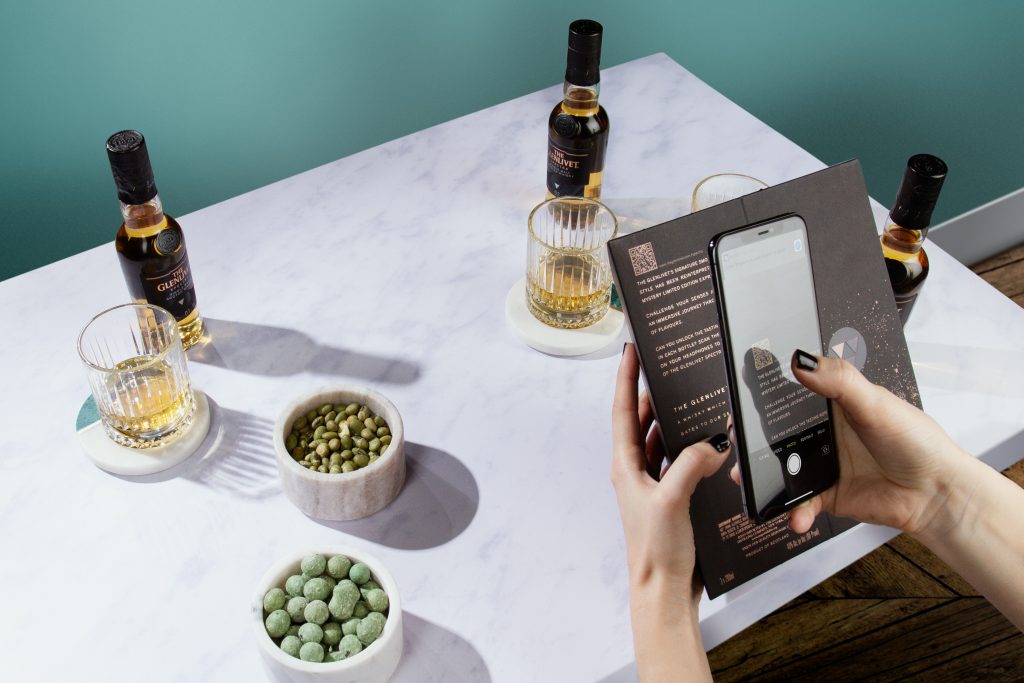 We then tried to get Mr Winchester to reveal a little about the oak treatment but he kept schtum. The company isn’t even publishing tasting notes at the moment. You’ll have to buy Spectra, and work them out for yourself. He commented: “We’re deliberately releasing The Glenlivet Spectra without any information so that we don’t give anything away. We want whisky drinkers to challenge their senses and really put their taste to the test when taking part in the digital experience. Tasting notes will be revealed towards the end of the year so keep your eyes peeled.”

It also sounds like just the kind of thing that will make those lockdown hours fly by. After all, you can’t drink whisky all day. Winchester agreed: “We know lots of people are looking for some light and levity right now amongst the dark.” He went on to say: “We’ve had this whisky planned for a while but debated long and hard about launching it now, and ultimately, although it may be a little bit quieter on our stills in Speyside these days, we didn’t want to let that delay us sharing some positive news with our whisky loving fans out there.”

Glenlivet Spectra is available exclusively from Master of Malt.

Awesome whiskeys from across the pond!

Inside the archives at Irish Distillers