New Arrival of the Week: Sollasa

Henry Jeffreys
1 Comment on New Arrival of the Week: Sollasa

Forget lager or white wine, a new aperitif called Sollasa promises to be the perfect match with Indian food. We put it through its paces.

One of the great questions of our time is: what do you drink with Indian food? You’ll often read that certain wines cope well with spicy flavours such as off-dry floral whites like Gewurztraminer or spicy reds like Australian Shiraz. It’s well worth reading Guardian columnist Fiona Beckett whose website is a great source for tricky food and wine combinations. And yet when it comes to spicy food most of us reach for pure refreshment in the form of lager including various ‘Indian’ lagers which are usually brewed in Bedford or somewhere like that. 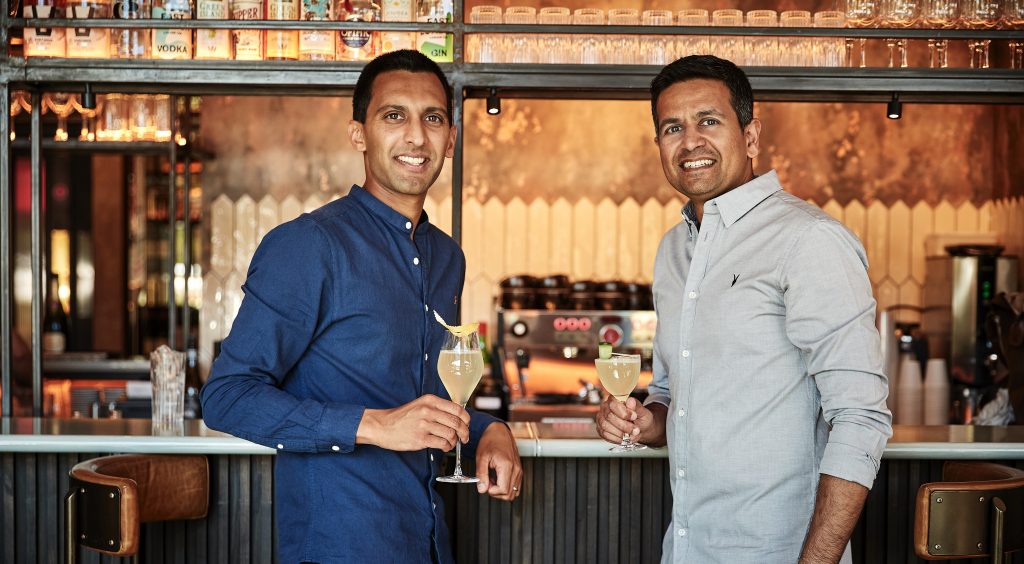 Vishal Patel and his brother-in-law Sajag Patel are the duo behind a new Indian-inspired aperitif called Sollasa. He told me that while British tastes in Indian food had become increasingly sophisticated with premiumisation and a growing awareness of the many regional cuisines, what we drink has not moved with the times. “Drinks are stuck in the ‘80s with pints of Cobra and Kingfisher,” he said, “surely there must be something better than a pint of lager?”

Some Indian chefs are sticking with beer but realise that highly-spiced food works better with characterful beers. The head chef at Quilon in London, Sriram Aylur, is a huge British ale fan and offers old years of Fuller’s 8.5% ABV Vintage Ale – a strong London ale that improves with time in the bottle. In fact, so strong is the affinity of Indian food with English beer styles, that someone should open a pub that serves samosas, pakoras, and bhajis instead of sausage rolls, pork pies and beer. It would make a killing.

India, however, has much more of a spirits-led food and drink culture. Indeed, it’s the largest whisky market in the world, and we’ve learned that whisky Highballs can be a great match with Indian food. So the Patel duo thought it would be more authentically Indian to have a spirit-based drink to answer this perennial question.

Sajag Patel’s background is in marketing whereas Vishal Patel works for Distill Ventures – Diageo’s venture capital arm – but Sollasa is an independent side project.

It’s a grain-based spirit flavoured with coriander, cardamom, orange, lime, lychee, mint, basil and sea salt weighing in at 20% ABV. The name comes from the Manasollasa, a 12th-century Sanskrit text thought to be one of the first Indian recipe books.

According to the website they “worked with leading chefs, mixologists and food scientists to develop the perfect partner.” Work began in December 2020 and by June the product had been perfected and was ready to hit the shelves.

Originally, the plan was to launch it in more upmarket Indian restaurants, but with the trade is still finding its feet. Patel was aware that a brand new drink would be low on most restaurateurs priority list. Nevertheless, he told me that they had great feedback and was confident that it would soon lead to listings. At the moment the priority is for online retailers like Master of Malt. 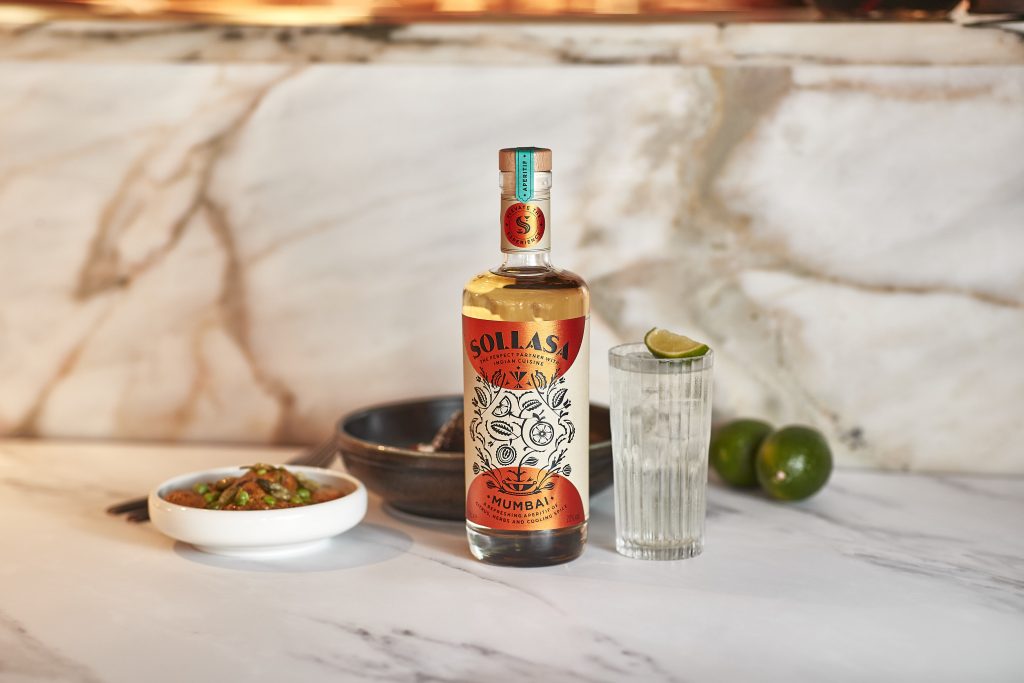 The simplest way to drink it is with tonic water to create a refreshing drink that’s lower in alcohol than wine. There’s also a range of cocktails that you can make with it on the company’s website. Vishal said “Sollasa truly compliments food but doesn’t overpower it. We wanted it to have a bit of bite and when mixed with tonic about 5% ABV, about the same as beer but less gassy.”

I tried it mixed with ordinary Fever Tree tonic, lots of ice and a slice of orange. It tasted delicious and worked brilliantly with my wife’s wonderful and totally inauthentic chicken curry. So next time you’re cooking Indian food, forget cold lager, try Sollasa.

Sollasa is available now from Master of Malt. Click here to buy.

Master of Malt @MasterOfMalt
39 minutes ago
Are you stuck in a whisky rut, buying the same bottle over and over again? Then you need to expand your #whisky horizons. 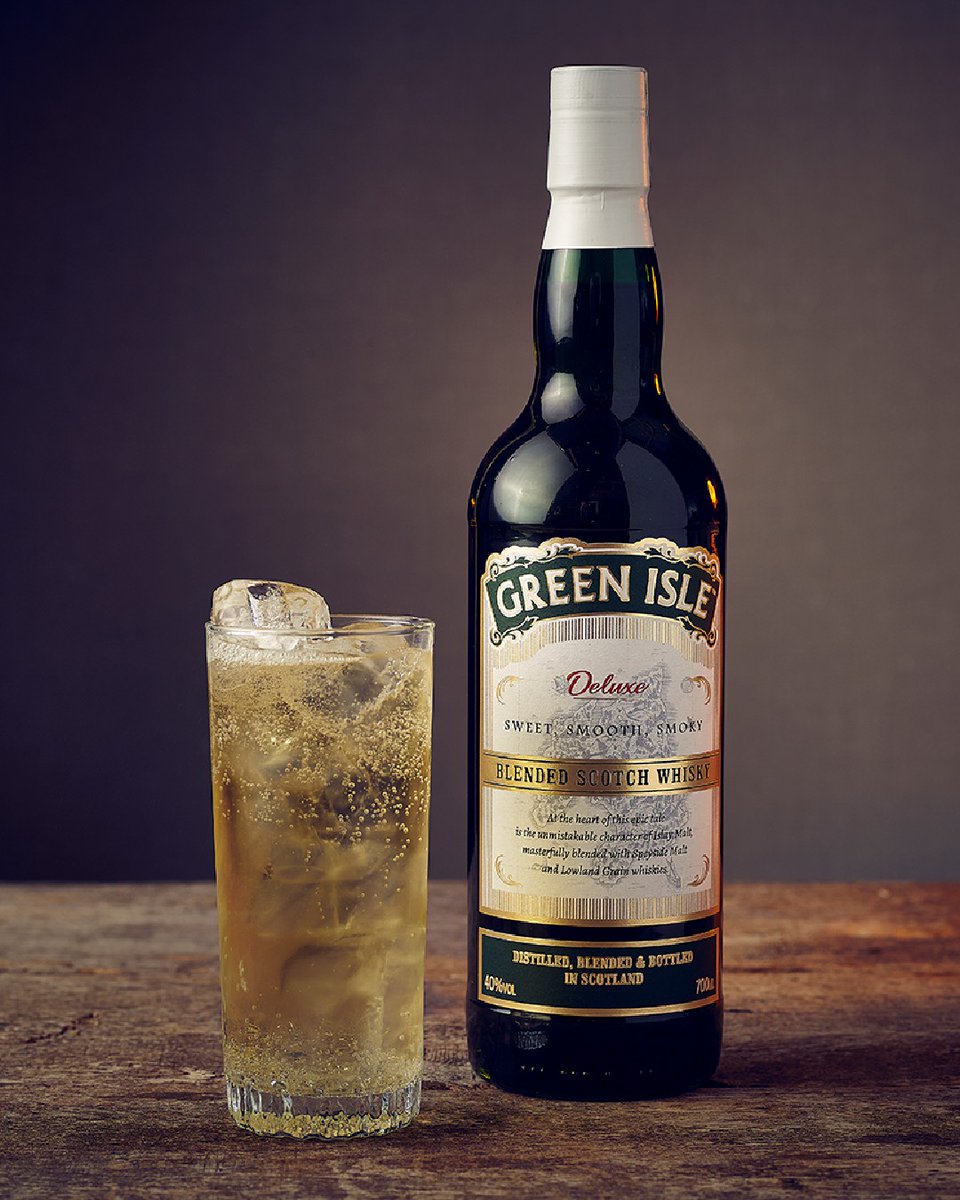 Master of Malt @MasterOfMalt
3 hours ago
Looking for something special to give to them this Father’s Day? We’ve got gifts galore perfect for the big day.
https://t.co/tgoQJUUJNh
View on Twitter
0
2

Master of Malt @MasterOfMalt
5 hours ago
A fantastic twist on the classic, @BathtubGin's Grapefruit & Rosemary ought to stand out magnificently in G&Ts!