Henry Jeffreys
No Comments on New Arrival of the Week: Smouldering Heights Gin

This new product from That Boutique-y Gin Company celebrates a small distillery that rose phoenix-like from the ashes and pays tribute to the greatest novel ever set in Yorkshire (no, not All Creatures Great and Small).

Spirits are highly flammable, which makes distillation a lot more dangerous than brewing. Distillery fires have long been a problem and still are today. In July 2018 a fire swept through Long Pond distillery in Jamaica destroying around 65,000 litres of rum. In America, to ameliorate the potential effects of just such a fire, distilleries mix up their stock so one wouldn’t leave a hole in the inventory. And they keep their warehouses widely spaced so flames cannot jump from one to another. Despite these precautions, the 1996 fire at Heaven Hill in Bardstown, Kentucky managed to spread to seven warehouses destroying over 90,000 litres of spirit. Apparently the roads ran with burning bourbon and exploding barrels shot across the sky. 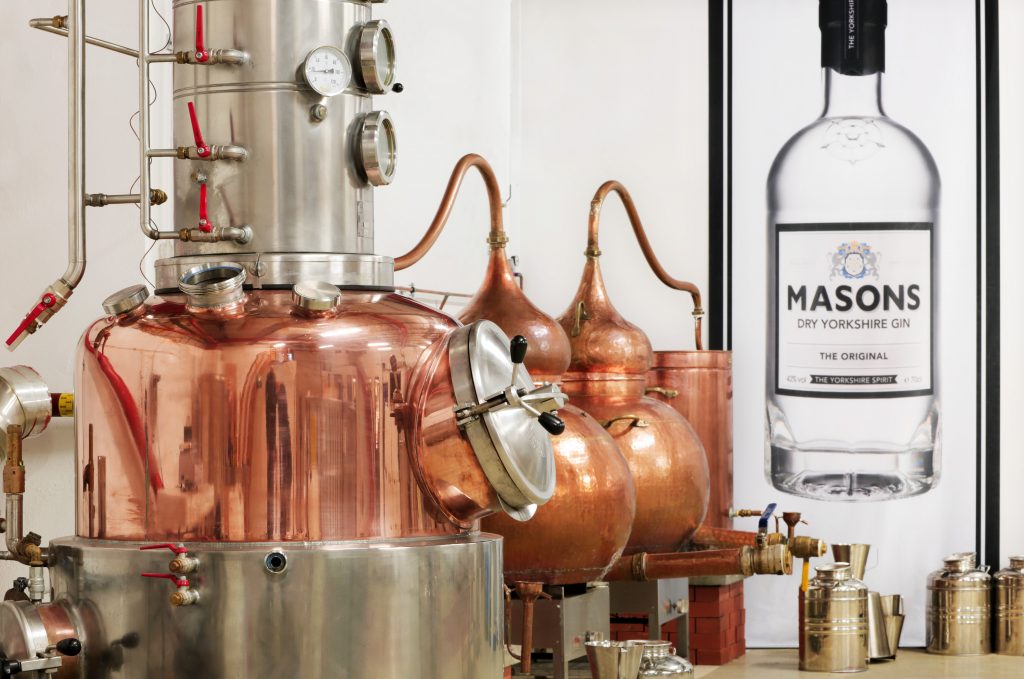 This still is no more

The fire that took place this year in England was less spectacular but no less devastating for those concerned. It took place at Masons Gin in the Yorkshire Dales. This little distillery was set up six years ago by husband and wife team Cathy and Karl Mason. Early in April this year one of their stills blew up and started a major fire. Happily nobody was hurt but production had to be stopped. And in another stroke of luck, the distillery was having a new still fitted that month to increase production so there was already a replacement in the pipeline.

Some of the last spirit distilled in this now-deceased still went into Smouldering Heights gin. You might think that it was especially designed to commemorate the fire but according to Karl Mason, that is not the case:  “This is a liquid created at Masons Yorkshire Gin distillery prior to the fire, that represents our local heritage and traditions. Even the label design, complete with flame-thrower, was conceived before the fire which could be seen as a little spooky!”, he said.

It would seem there are forces at work in the universe that we cannot begin to comprehend. That label is, of course, inspired by Emily Brontë’s Wuthering Heights with Karl manfully playing the part of Heathcliff and Cathy playing the part of… well, Cathy. Don’t they look great? But it also celebrates the annual burning of heather on the Yorkshire Moors. The smoky flavour in the gin comes from peated malt included in the botanical mix. We’re thinking a smoky Martini would be the best way to toast Mason’s phoenix-like rise from the ashes. Cheers!

Palate: The initial focus is citrus, with key lime pie, then more angelica, juniper and exotic spice in support. Soft florals emerge underneath. 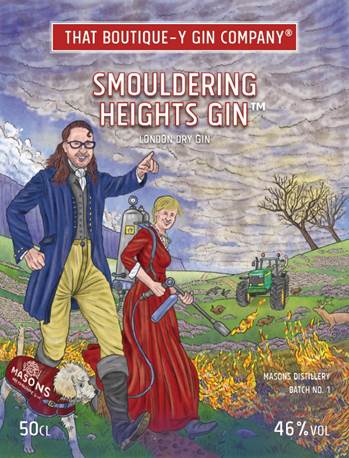 We put your Bunnahabhain questions to Andrew Brown!

Five things you should know about agave