This week we delve into the history of rum blending in London and try a very special rum part-matured in the capital by the Hayman family.

Gin or porter are what probably comes to mind when you say the words ‘booze’ and ‘London’, but according to James Hayman, “for over one hundred years, the streets of London were home to a bustling network of merchant rum blending houses. The merchant’s skill lay not in distilling but rather in the sourcing, blending and secondary maturation of the rum. Our family was involved in the trade for some time – sourcing stock from West India Docks to create our own proprietary blends.” Apparently, if you landed at the Tower of London you had to give the Warden of the Tower a barrel of rum.

Now those heady days are back! The Hayman family, famous for their gin, have converted a four story townhouse off the Strand into a rum experience called Charles Merser & Co which is open to the public. Here you can learn about this lesser-known part of London’s history and even blend your own rum. On my visit, I tried the component parts of the first release from Merser & Co called Double Barrel, named not after the top Jamaican tune but from the way the spirit is matured.

The rums are aged and blended in the Caribbean into three component parts (see below) before being married for 15 months in fourth-fill hogsheads which provide a very neutral container. The marrying takes place at Hayman’s distillery in Balham because health and safety wouldn’t let them store lots of flammable spirit in an old house in central London. Boring! 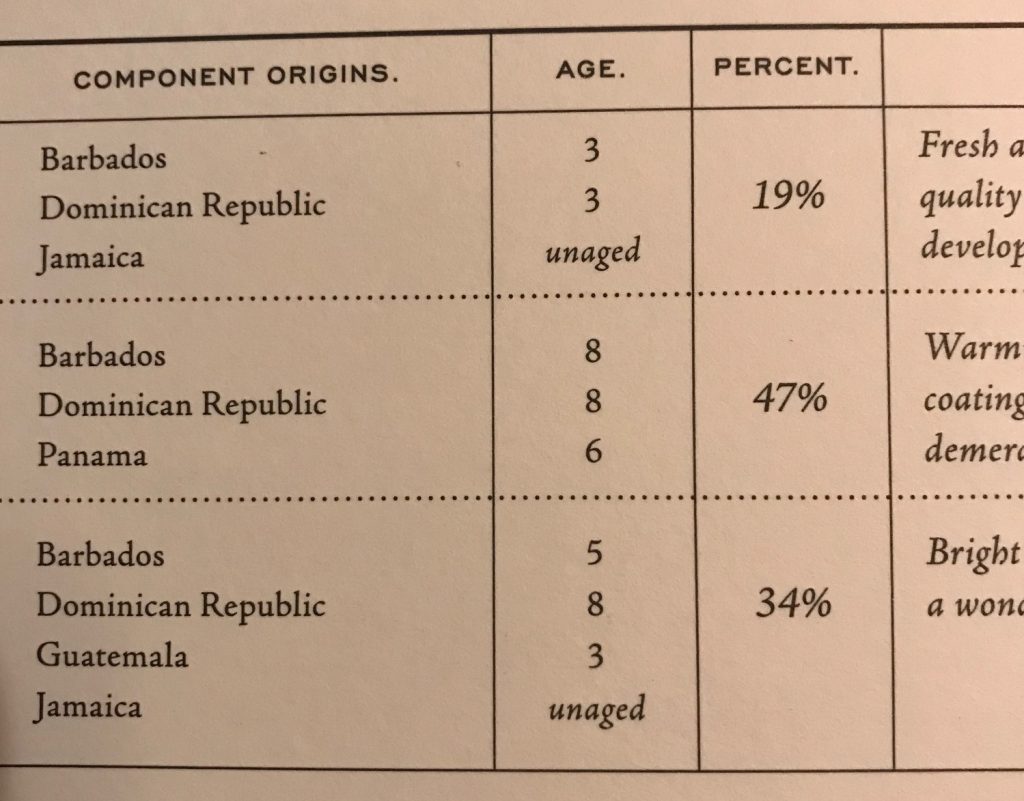 The make-up of Double Barrel

And what a fascinating blend it is, mixing unaged high ester rums from Jamaica with older Spanish-style and Barbados rums. Brand director Jonathan Gibson explained it to me: “Young Jamaican rum gives vibrant freshness like a drop of Caol Ila in a blended Scotch. I love them but these might be too much for a general audience. We want that voluptuous quality as well.” He went on to say that the lack of an age statement gave them more freedom in the blend, “age statements can be limiting.”

Part A (19% of the blend) majors on the high ester pineapple with earthy, funky and balsamic notes.

Part B (47%) all mature Latin American and brings tobacco, dried apricot and orange peel like an old Cognac.

Tasted together, it’s a fascinating experience with Jamaica dominating on the nose but on the palate it’s more about something elegant from Latin America, Flor de Caña perhaps. There’s no sugar or colour added. Full tasting notes below. It’s designed as a sophisticated cocktail rum and indeed tasted excellent in a Palmetto, half and half with Martini rosso and some orange bitters. “If you don’t have funky element then rum can disappear in cocktail”, Gibson told me. 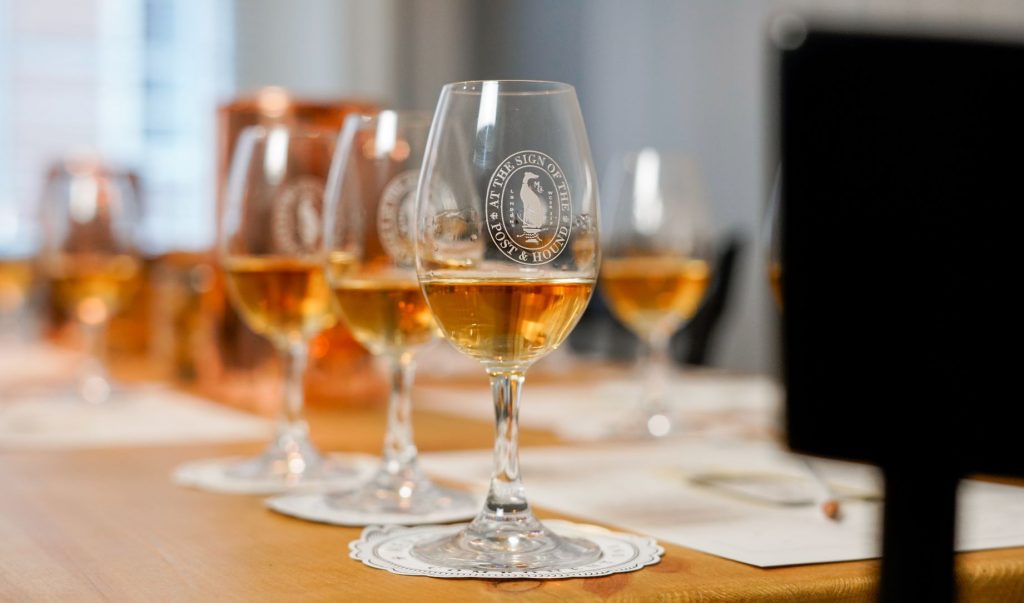 The Hayman family have clearly put a lot of thought into this first release. The packaging is stunning. At the moment, Merser & Co is going to focus on the Double Barrel, but there are plans for other blended rums, perhaps inspired partly by Gibson’s old employer, Compass Box. So, let’s raise a glass to the return of rum to the capital.

Palate: Creamy and elegant, with stone fruit to the fore and the Jamaican funk present but very much in the background.