Master of Malt
No Comments on New Arrival of the Week: Glen Scotia Festival Release 2022

Festival bottlings are always exciting, and in honour of this year’s Campbeltown Malts Festival Glen Scotia has released a very special whisky!

To celebrate the return of the Campbeltown Malts Festival this year (24-26 May), Glen Scotia has unveiled its Festival Release 2022. If you’re lucky enough to be heading to the festival, then have a wonderful time (not one bit jealous. Nope.), but if you’re stuck at home then this unique whisky is likely to make up for it.

The Campbeltown Malts Festival really is the event of the year for the town. It’s a time to come together, drink great whisky, and celebrate the exceptional whisky-production capabilities of the fifth whisky region. Its three distilleries (Springbank, Glen Scotia, and Glengyle) get a platform to show off how good they are at whisky making, while the town gets to fondly recall when it was once the whisky capital of the world.

Especially after, like most events in the last couple of years, it’s been a while since we’ve got a chance to celebrate the event in person. Due to the restrictions of Covid-19, the festival has been held online but now hundreds of whisky fans are expected to make the trip to Scotland’s west coast for a series of exclusive tours, tastings, and celebrations including talks and experiments with whisky writers, Charles Maclean and Becky Paskin. 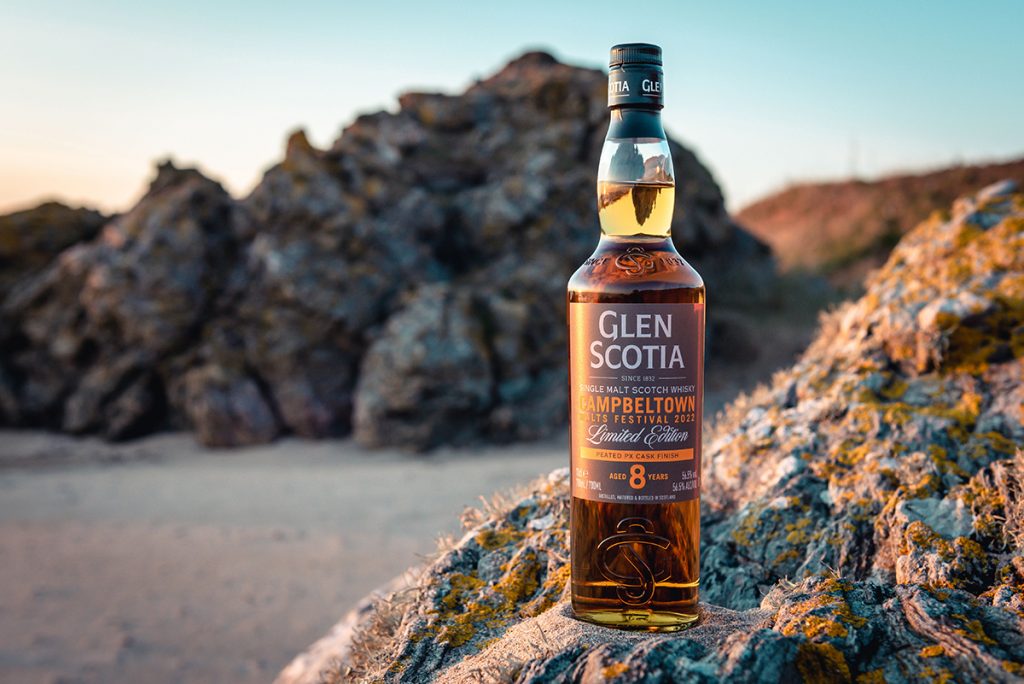 Glen Scotia will be primed to convert new drinkers and treat long-time fans as usual, but it must be said the distillery appears to be in a rich vein of form recently. Just last year, Glen Scotia’s 25-Year-Old was awarded ‘Best in Class’ at the San Francisco World Spirits Competition out of more than 3,800 entries, and in December it was crowned Distillery of the Year at the Scottish Whisky Awards.

As usual, the distillery is marking the return of the festival with a new whisky, and this one’s a corker. It’s a vibrant, bold 8-year-old expression that has been matured in heavily peated, first-fill bourbon barrels before a twelve-month finish in Pedro Ximénez hogsheads. What a combo! We can tell you to expect fragrant smoke, treacle, and spice which play beautifully with the gentle seaside flavours we know and love from Glen Scotia.

“The limited-edition release is an intriguing mix of characteristics, picking up our signature maritime style and the rich sticky sweetness from the Pedro Ximénès hogsheads,” says Iain McAlister, distillery manager and master distiller at Glen Scotia. “It is a liquid that has been crafted by our talented team and is a fantastic dram to enjoy while soaking up Campbeltown and all it has to offer.”

Glen Scotia Festival Release 2022 was bottled without chill-filtration at a boisterous cask strength, 56.5% ABV. Excitingly, this limited edition is available right here, right now for just £55. Better get your hands on it before it’s all gone!