There’s no Campbeltown Malts Festival this year but to ease the pain, the good people at Glen Scotia are releasing a special cask strength bottling. Which is nice of them.

Whisky festivals are one the things we miss most about the before times. It really hit home just how serious the pandemic was when we learned that Feis Ile and Campbeltown Malts Festival were to be cancelled last year. Little did we think that they wouldn’t be taking place this year either. But there we go.

Many have moved online like Campbeltown, Spirit of Speyside, Whisky Live and the Whisky Show. All great fun, a little light in the darkness, but we really miss the hustle and bustle, the human company, sharp elbows and all. 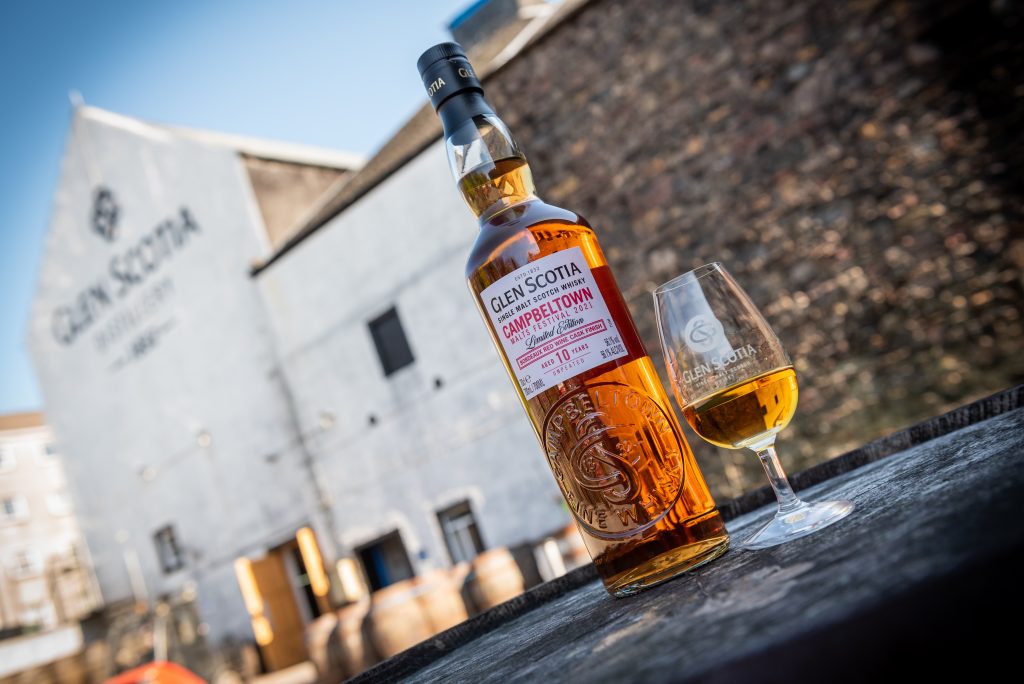 Thankfully, things are moving back to normal and hopefully this autumn some festivals will take place in real life, though they are unlikely to be quite as packed as in previous years. While we wait, impatiently, for the world to open up again, we can console ourselves with whiskies like our New Arrival of the Week. The Campbeltown Malts Festival might be online again this year (from 7 June ) but by golly Glen Scotia are going to release a special bottling anyway.

Glen Scotia is much-loved by malt aficionados, but compared with its legendary neighbour Springbank, it’s not so well known. Founded in 1832 by Stewart Galbraith as simply Scotia, the ‘Glen’ came later, it’s a relic of a time when Campbeltown was the whisky capital of the world. Alfred Barnard called the town ‘whisky city.’ In 1887, it had over 28 licensed distilleries producing around 10 million litres of whisky per year.

Sadly, from this peak, it was all downhill. A combination of world war one, Prohibition, changing tastes and some short-sighted producers selling bad whisky saw demand for Campbeltown malts to plummet. 17 distilleries closed in the 1920s and by 1935 only Scotia and Springbank were operational.

Scotia only survived by the skin of its teeth. It nearly closed in 1924 when distilleries were shuttering all over Campbeltown but it was saved by Duncan MacCallum, the founder of Ben Nevis distillery. Sadly he was forced to close it in 1928 having lost all his money in a dodgy business deal. Two years later he drowned himself in Campbeltown Loch. His ghost is said to haunt the distillery to this day. Spooky.

In 1930, the distillery was bought by a company called Bloch Bros. which owned Scapa and Glengyle, and the name was changed to Glen Scotia. From there it passed through various hands including Canadian giant Hiram Walker, before becoming part of a company that supplied bulk whiskies, the not terribly glamorous sounding ADP, Amalgamated Distilled Products Ltd.

Production became erratic: despite having a £1million refurb in 1979, it was shut completely between 1984 and 1989. It then only worked sporadically before returning to full operation in 1999. It’s now part of the Loch Lomond group which is in turn owned by a private equity firm called Exponent. Phew! 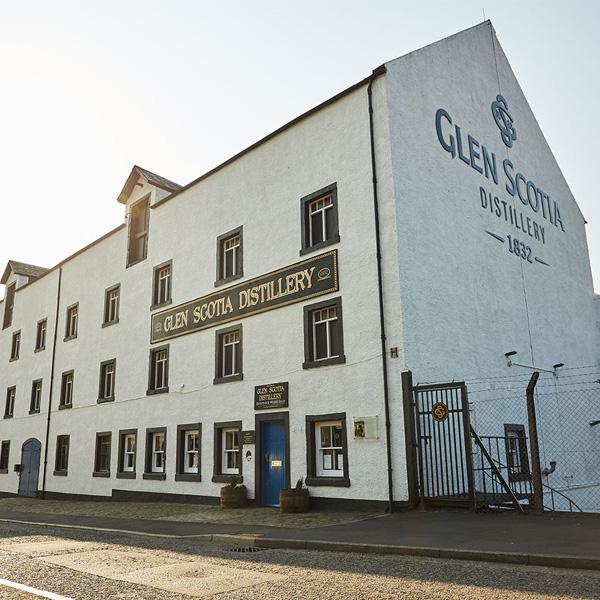 Glen Scotia distillery, looks a bit like a big townhouse

Today, Glen Scotia produces 100,000 litres annually despite having the capacity to produce 750,000 litres. It’s a handsome distillery, according to the World of Whisky book: “it could easily be mistaken for a Victorian townhouse.” Water comes from two wells below the distillery as well as Crosshill Loch. The set-up includes a traditional cast-iron mash tun, nine stainless steel washbacks and two swan-necked stills.

It’s past as something of a workhouse distillery is reflected in the variety of whiskies it can produce. There’s a choice of three peating levels, unpeated, medium-peated and heavily-peated malt, and it produces two types of wash, a nutty one with a short fermentation time and a fruity one which is fermented for longer.

Iain McAlister, distillery manager and master distiller at Glen Scotia, commented: “The release of our Glen Scotia Festival Limited Edition has become a keenly awaited fixture on our calendar, and I’m very confident that this year’s expression won’t disappoint. The 2021 Campbeltown Malts Festival Limited Edition perfectly encapsulates Glen Scotia’s signature style, taking influence from both its rich history and coastal location, while the deliciously warming flavours from the Bordeaux casks add a unique twist to this exceptional single malt. I’m confident that this expression will sit proudly in any whisky lover’s collection.” He added:  “The Campbeltown Malts Festival is the highlight of our events calendar, and although we are disappointed that the festival can’t go ahead in its physical form as we had hoped, we are really looking forward to celebrating the whiskiest place in the world once again with our fans across the world as they join us online, whilst raising a dram to Campbeltown.”

So, here’s to next year’s whisky festivals! We can’t wait. 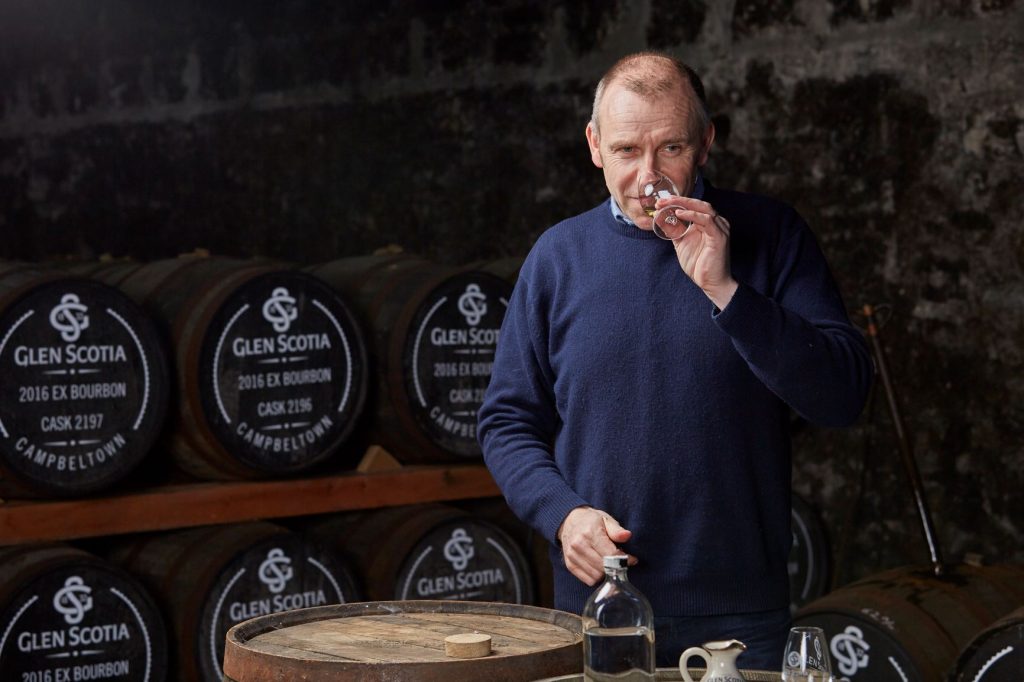 Master of Malt @MasterOfMalt
8 hours ago
Are you stuck in a whisky rut, buying the same bottle over and over again? Then you need to expand your #whisky horizons.

Master of Malt @MasterOfMalt
10 hours ago
Looking for something special to give to them this Father’s Day? We’ve got gifts galore perfect for the big day.
https://t.co/tgoQJUUJNh
View on Twitter
0
2

Master of Malt @MasterOfMalt
12 hours ago
A fantastic twist on the classic, @BathtubGin's Grapefruit & Rosemary ought to stand out magnificently in G&Ts!