This week Darnley’s Gin launched a limited edition gin distilled with local ingredients from the hedgerows and even from the sea. We went to Scotland for a little taste. . .

In January we visited Kingsbarns Distillery in Fife to try its first whisky release, and very nice it was too. The distillery’s founders, the Wemyss family, also produces Darnley’s Gin which appeared back in 2010. In craft gin terms, this is ancient history.

Head gin distiller Scott Gowans talked me through the range. I enjoyed the Original and the cumin-accented Spiced Gin, but the one that really blew my hair back was a limited edition product – the Very Berry Gin. It’s a London Dry Gin made with Scottish hedgerow fruit including rose hips, elderberries and sloes. I loved its fruity flavour and the saline note that comes from using sugar kelp as a botanical, and couldn’t wait until it was available to the general public. Well the wait is over. It’s here. 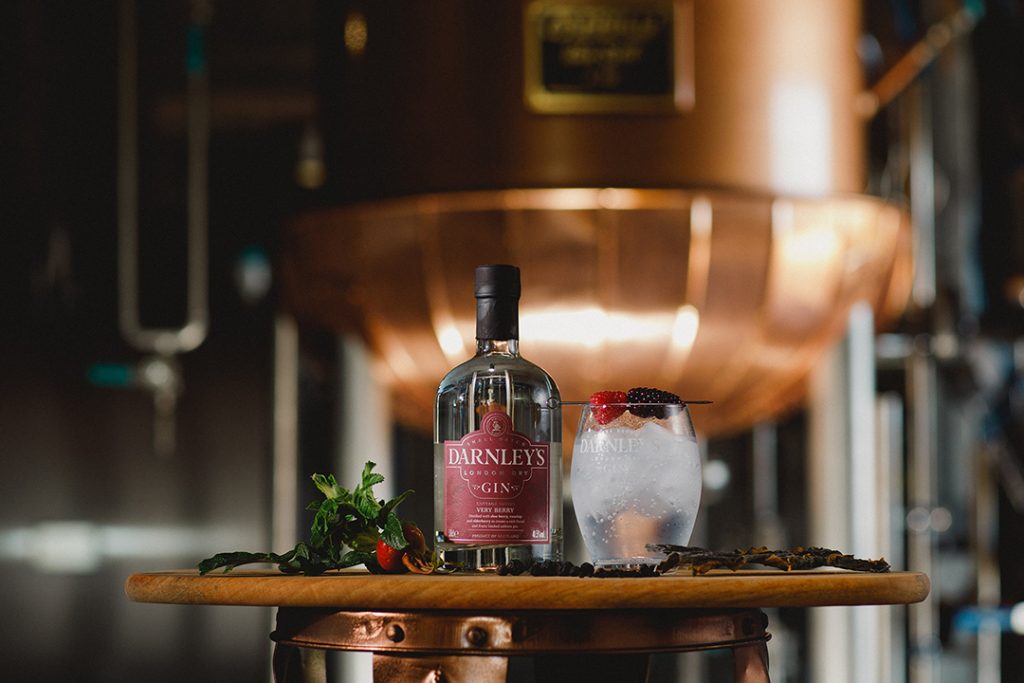 The range is named after Mary Queen of Scot’s first husband, Lord Darnley. She first met him in February 1565 at Wemyss Castle in Fife and was clearly quite impressed. A chronicle of the occasion wrote: “Her Majesty took well with him, and said that he was the lustiest and best proportioned long man that she had seen.” Blimey! By July of that year, they were married.

Unfortunately, despite his general dishiness, Darnley was also a violent drunkard. His behaviour, which included murdering Mary’s private secretary David Rizzio, quickly made him unpopular at court. Darnley was himself eventually murdered in 1567, some think at instigation of Mary.

His portrait sits in the gin distillery at Kingsbarns. It’s well worth a visit if you’re in the area not least for the theatrical gin tasting room. It seems like an ordinary room but at the touch of a button, a light comes on behind a wall-sized window to reveal the gleaming copper gin stills. Very James Bond.

Gowans uses both traditional distillation and vapour infusion to get those wonderful flavours into Very Berry Gin. When I tried it back in January, I immediately thought it would be great in a Negroni, but it’s also a natural candidate for a Bramble. Here’s a recipe which will get the most out of this very Scottish gin:

Shake the gin, lemon juice and sugar syrup with ice in a shaker, double-strain into a tumbler filled with crushed ice. Drizzle crème de mure on the top and garnish with a lemon slice and a bramble, and raise a toast to one of Scotland’s top scoundrels. 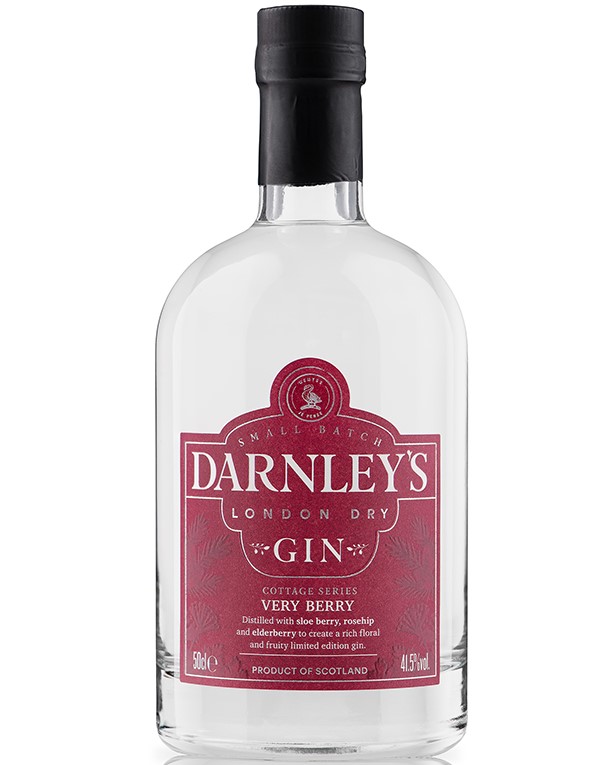 Move over Moscato – ice cider is this summer's sipper