It doesn’t happen very often, so it’s always a momentous moment when there’s a new addition to the Bathtub Gin range. We are delighted to welcome Bathtub Grapefruit & Rosemary Gin, exclusively to Master of Malt!

Bathtub Gin is consistently one of our most popular products both in-house with our customers. Just take a look at all those five star reviews.

A gin for all seasons

It’s made by our sister company Atom Brands and gets its peculiar name because of how it is made. Rather than distilling the botanicals as with a London Dry Gin, fruits and spices such as juniper, cassia bark, orange peel, cloves and cardamom are steeped in neutral grain spirit in a process known as cold compounding. This is roughly how bootleg gin was made in the bath during Prohibition in America, though not with such refined results.

Bathtub is packed with flavour and the production method gives it a big feel in the mouth as well as a slightly yellowish tinge. Its bold flavours make it a gin for all seasons, as happy in a G&T as a Negroni or Dry Martini. No wonder it has proved so popular with customers.

You mess with a classic at your peril, which is why there are very few different iterations of Bathtub. The range consists of a Navy Strength version, a sweet Old Tom, a cask-aged version and a sloe gin. Plus the original. That’s it. Until now…

To decide on a new flavour, Bathtub put it to the people in a crowdsourcing campaign. A potentially risky move when the result could have been Ginny McGinface. Nevertheless, the search began on 14 May with customers invited to suggest flavours on Instagram.

There were over 1,100 entries. From these suggestions, the team at Atom Labs narrowed this list down to four flavour combinations. According to the analysis from the boffins, the most popular flavours were all citrus: lime, lemon and orange. Further complex calculations from the Labs computer broke down entries into flavour combinations with the top three being citrus and herb, citrus and spice, and citrus and floral.

After much number-crunching, scribbling on blackboards and emergency rich tea biscuits, the team in white coats narrowed the potential gin types down to four flavours: grapefruit and rosemary, blood orange marmalade, lime and orange blossom, and lemon and pink peppercorn. 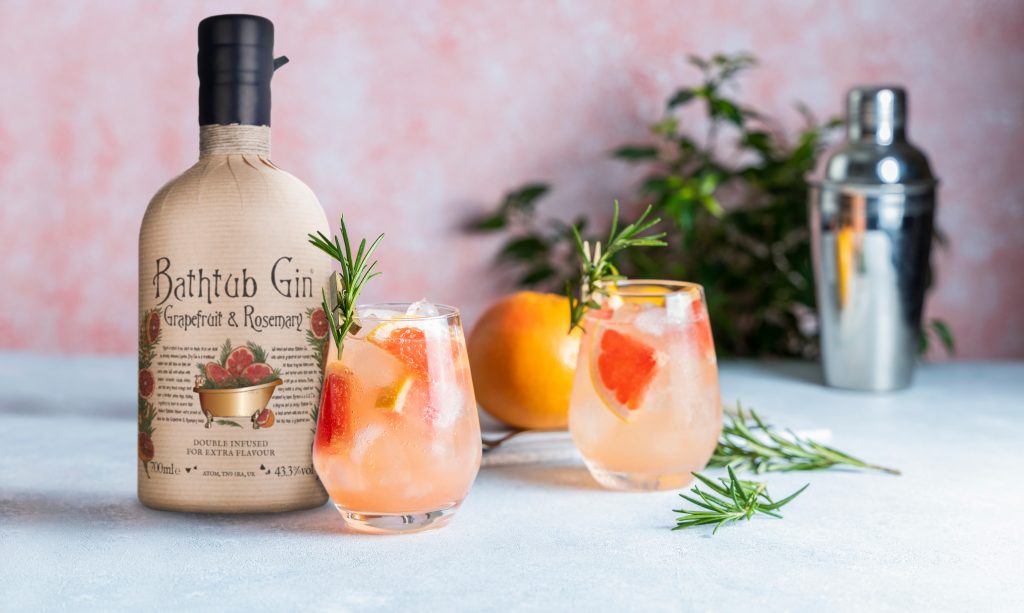 These were then put to the people once more. Over 1500 people voted on Instagram and the winner was… grapefruit and rosemary! And so the boffins put on their white coats, headed back into the lab to produce the final product. And lo it is here!

Bathtub Gin brand manager Hannah Burden-Teh explained: “This is the first time we have launched a campaign involving our consumer base so directly, and we’ve been blown away by the response. It’s exciting to be able to get insight from Bathtub Gin drinkers on what they thought the market was missing and wanted to drink next. We noted that many looked to the garnishes now regularly found in G&Ts; pairing citrus with a twist. This is an elevation on many of the plain citrus flavours already available and we can’t wait to get the Grapefruit & Rosemary Bathtub Gin into gin fans’ hands!”

It features the same botanical mix of the original but is now infused and blended with grapefruit and rosemary, before bottling at 43.3% ABV. None of your low ABV fruit gin-style drinks here. Like the original, it’s a great all-rounder but it particularly shines in a Gin and Tonic, garnished, naturally, with a slice of grapefruit and sprig of rosemary.

Bathtub Grapefruit & Rosemary Gin is only available from Master of Malt. Click here to buy.

Tasting note by The Chaps at Master of Malt

Nose: The familiar wafts of full-bodied juniper, cardamom, and orange greet you, before the fragrant floral wafts of rosemary appear.

Master of Malt @MasterOfMalt
20 minutes ago
Get your name in the hat for a chance to buy some exceptional Daftmill bottlings. There are five releases up for grabs, so enter our ballots for a chance to purchase some of these delightful drops. 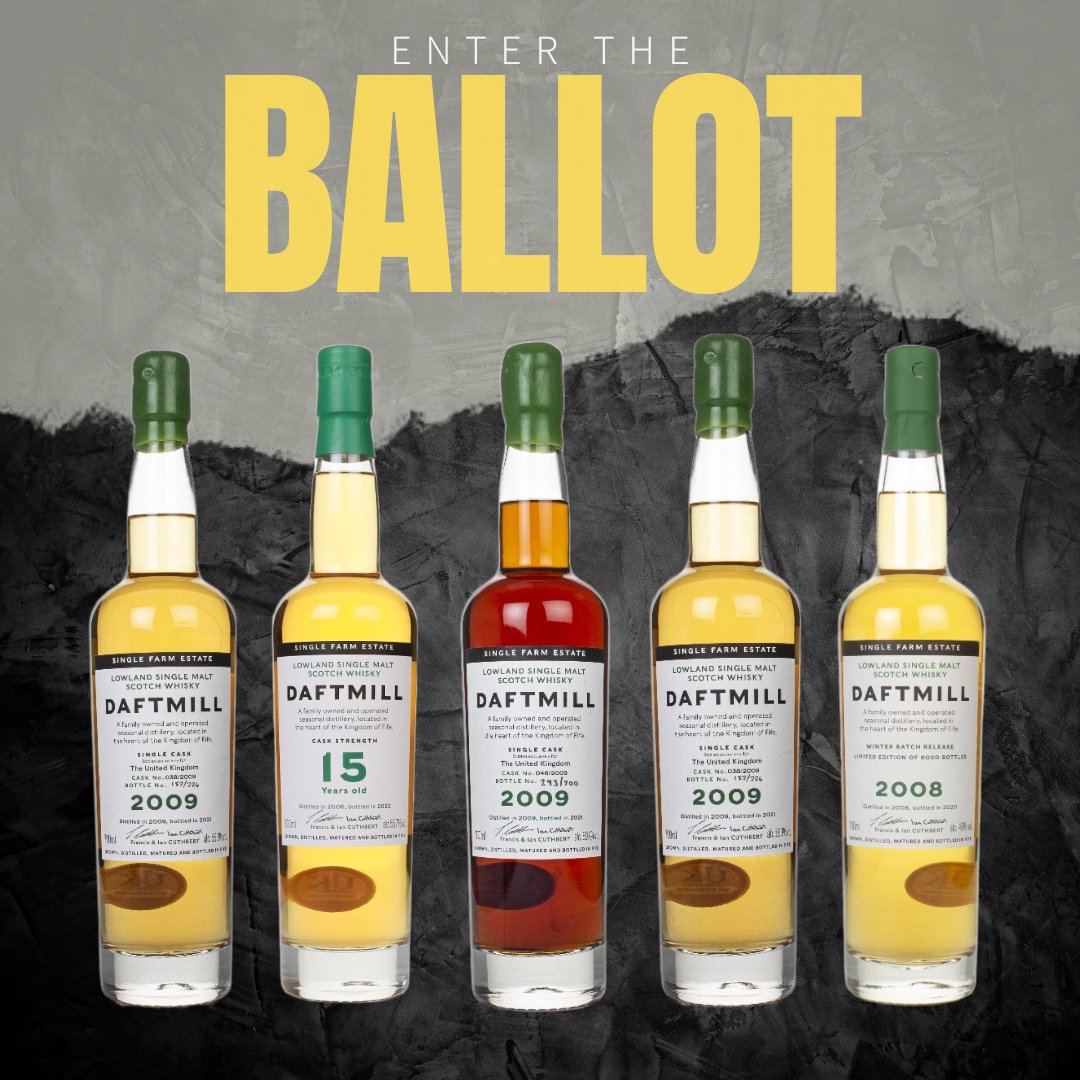 Master of Malt @MasterOfMalt
2 hours ago
Bet you've never tried an Old-Fashioned quite like this before – it's packing the flavours of Peanut Butter and Raspberry Jam Donut! 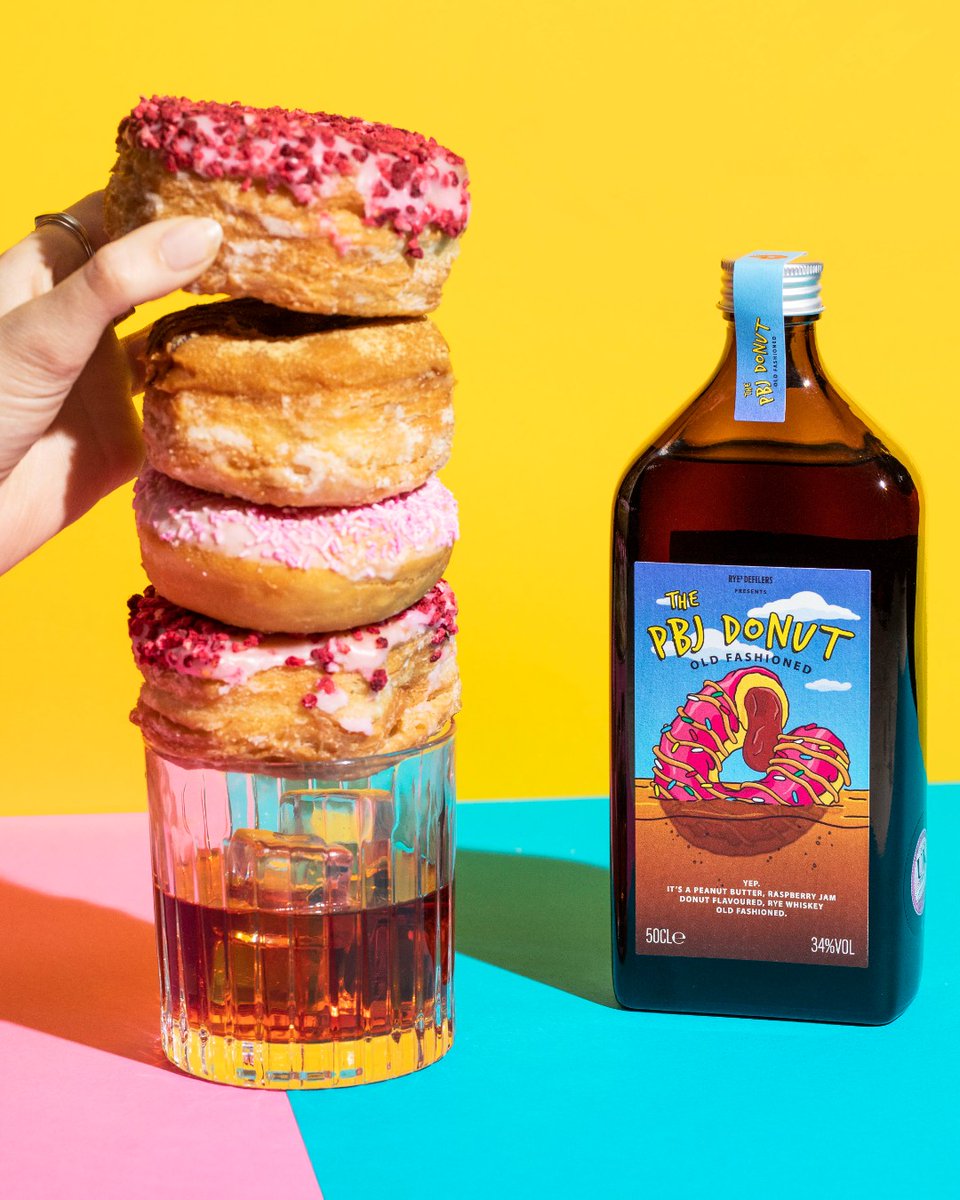