Mythbusting: How important is water in spirits-making?

Annie Hayes
No Comments on Mythbusting: How important is water in spirits-making?

Whether it’s been filtered through ancient volcanic rock, siphoned from a mountain glacier, or collected from the tears of fertile mountain goats (hypothetically speaking), water is an essential ingredient in every spirit, typically making up more than half of your bottle of booze. The question is, does specially-sourced water actually make for a better quality spirit? MoM investigates…

That water makes up most of the liquid in your favourite spirit should come as little surprise. The amount is even stated on the bottle, albeit inadvertently. If the label on your gin bottle reads 42% ABV, then 58% is water. Even if your cask strength whisky comes in at 63.5% ABV, the remaining 36.5% is water – more than one third. Given that water is such a prominent and essential ingredient, it must be a relatively important aspect of the production process.

And it is, but not for the reason you might think. Water is “one of the most important parts of a distillery and the spirit quality,” acknowledges Brian Kinsman, malt master at Glenfiddich Distillery, which sources its water solely from the Robbie Dhu Spring. “We only have three ingredients – water, malted barley and yeast – and the water quality will influence flavour formation in fermentation, which is where much of the final distillery character is formed.”

Each water source has its own unique chemical makeup, depending on the geology of the local area. The levels of trace metals or ‘minerals’ like chromium, cobalt, copper, iron, magnesium, selenium, and zinc can have a profound effect on the distilling process. “During fermentation, different trace metals will influence yeast metabolism, which directly impacts our yield and sensory profile of the wash,” Kinsman says.

High-mineral water – particularly calcium and magnesium – helps enzymes in the mash break starch down into simple sugars, explains Brendan McCarron, head of maturing whisky stocks at ‎The Glenmorangie Company. “It makes the mashing more effective, and allows the fermentation to be more active,” he says. This kicks off “a whole lot of other chain reactions, so you produce more fruity, ester-style flavours during the fermentation period.”

For this reason, the different mineral make-up is important for each distillery to have their own characteristics, says Harlen Wheatley, master distiller at Buffalo Trace Distillery in Frankfort, Kentucky. The site was chosen “due to its location along the Kentucky River and abundance of springs in the area,” he explains. “Typically in Kentucky, due to the limestone the water is iron-free and rich in nutrients such as magnesium and calcium.”

However, not everyone shares the same view when it comes to sourcing water. For some distilleries, the ethos is ‘the purer, the better’. “Our view is that the water used for the distillation part of the process should be as bland and as neutral as possible,” says Arturo Illán Illán, global brand manager for Martin Miller’s Gin. “This ensures that any impurity in the water does not impair the delicate process of distillation.” The team use Icelandic water sourced from deep aquifers beneath a dormant volcanic caldera, which Illán says is “as close to pure, naturally occurring H2o as it is possible to get”.

Either way, it’s important to point out that we’re talking about barely-detectable effects here. “You wouldn’t pick up a whisky and nose it and go, ‘Ah, now that’s a mineral-rich whisky right there, I can really smell the magnesium’,” McCarron says. “It’s nuanced. And this is where the marketing B.S. has come into water in whisky. In the 1970s, 1980s, you’d hear ‘it’s the water that makes the whisky’ – which is true, it’s massively important. But I think a lot of people started attributing lots of the flavour to water.”

Certain whisky myths persist around the use of water in whisky to this day. One of the biggest, he says, is that the reason Ardbeg Distillery makes such smoky whisky is because it has a peaty water source. “That’s just not true,” he says. “Another belter was about a certain distillery up in the Highlands, which used to say that the water – which it did – ran through a hill of heather into a Loch before it went into the distillery, and that’s why the whisky was so heathery in the bottle. Again, it’s a great sounding story, but a complete fabrication.”

It’s easy to see why certain hypotheses came to exist. “A lot of the flavours, a lot of the spirit character, a lot of the aromas that were contributing to the water were actually coming from fermentation,” he continues. “So it’s almost like it wasn’t untrue that the water was making that heather [note], it was helping, but we’ve come down a level or two of detail – we’ve more understanding of how fermentation works. These debunked myths, there’s a grain of truth in them, but it’s much more about ‘what does the water help the fermentation do?’. Definitely mineral-rich water has a huge effect. Extra-peaty water has no effect.”

It’s only recently that we’ve started to understand that not all water is the same, says Ronald Daalmans, environmental sustainability manager for Chivas Brothers. “It would be nice to think we’ve gone around and found lots of water supplies, decided which ones matched the product we wanted to make, and then chose the location,” he says. “But historically I don’t think that’s how any site has come about, it’s generally linked to the fact that there is a large supply available. We probably didn’t have the chemistry at that time. And it’s part of the legacy of why the product is the way it is… The location has a story to tell in terms of what’s under your feet and why the water is there, and that’s then reflected in the chemistry.”

The chemical make-up of water isn’t the only variable to affect the distilling process. Perhaps more important is the temperature. Not only does having lots of cold water help you condense your spirit – allowing lots of copper contact and preventing sulphury notes, McCarron says – but it’s crucial for the fermentation stage. The starting temperature is dictated by the weather, and when it’s too high (during a particularly hot summer, for example) it results in a drop in yield.

“June, July and August are a nightmare for distillers, it takes loads more work because there’s a double whammy,” McCarron says. “It’s hotter outside, which means your fermentations are going to heat up quicker, and also your cooling water is warmer than it usually is. If you speak to any man or woman in the industry who makes the stuff, they’re much more focussed on ‘what’s the temperature of the water in the summer’ than they are ‘what’s the exact mineral composition’.”

If you’re going to build a distillery from scratch, you need a good quality source of water.

So far, we’ve spoken about the water distilleries use during fermentation and distillation. In the case of dark spirits, the next stop for new make is the cask. “We often adjust the strength with water before that happens, and then again [after maturation] before it goes into the bottle,” explains Daalmans. “At both of those stages in the process we are very wary of changing the character in any way, so we use demineralised water. It has no minerals – nothing that’s going to alter the flavour, the mouthfeel, any of those factors.”

The water used at this stage absolutely has to be made neutral and homogeneous. “If you use any water that isn’t, it goes bang – there’s an explosion of reactions and you create these salts and hazes,” says McCarron. “It would start to shimmer, like in a film where somebody’s stuck in a desert and they’re crawling on their hands and knees, and off in the distance, you can see an oasis and a camel appears. It’s called haze because it looks like a heat haze.” You’d also get floc, which looks like “tiny little bits of cotton wool floating about in the whisky.”

The de-mineralisation process usually occurs at a de-mineralisation plant using a rather clever scientific process called reverse osmosis. But not always, as is the case with Martin Miller’s water, which is naturally stripped of its mineral content as it slowly filters through the volcanic rock, says Illán Illán. “The water is claimed by the Icelanders to be the purest in the world, having an average of only 8 to 30 parts per million of dissolved solids,” he says. “The purest non-Icelandic bottled waters, for example, contain upwards of 400ppm.”

Ultimately, how important is water in spirits-making? “Massively,” says McCarron. “It is massively important. If you’re going to build a distillery from scratch, you want to find a really good quality source of water. You want to have lots of it, and you want it to be quite cool because you’re going to use it to ferment, to condense your distillate and stuff like that. Having good quality drinking water, lots of it, and at a good temperature is key. If you don’t have that, don’t build a distillery.” 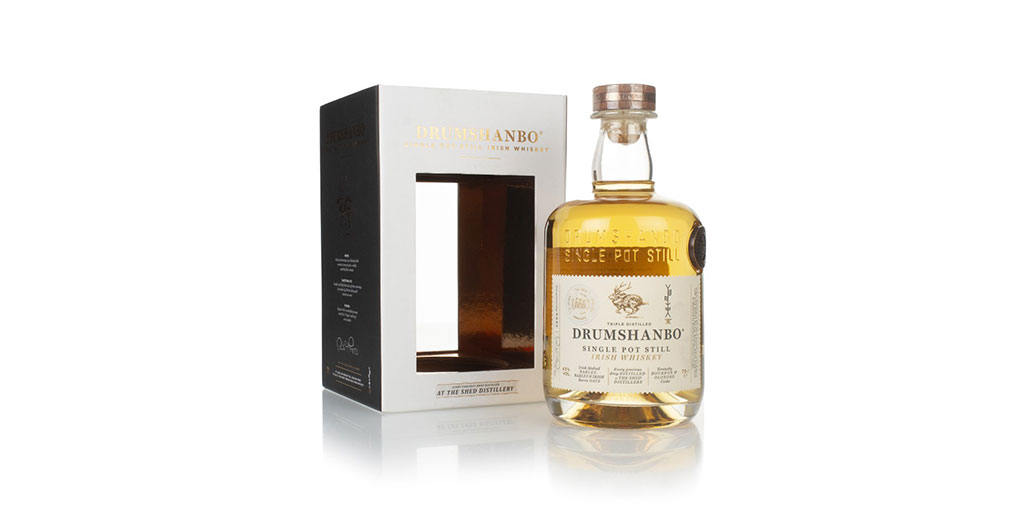 Master of Malt @MasterOfMalt
5 hours ago
Our pleasure! 🥃🎅 https://t.co/tjMuNlwV1j
View on Twitter
0
5

Master of Malt @MasterOfMalt
7 hours ago
. @SatrynaOfficial Tequila founder Nitzan Marrun tells us the secret to making great #Tequila, working with a 60-year-old recipe passed down through three generations and more. 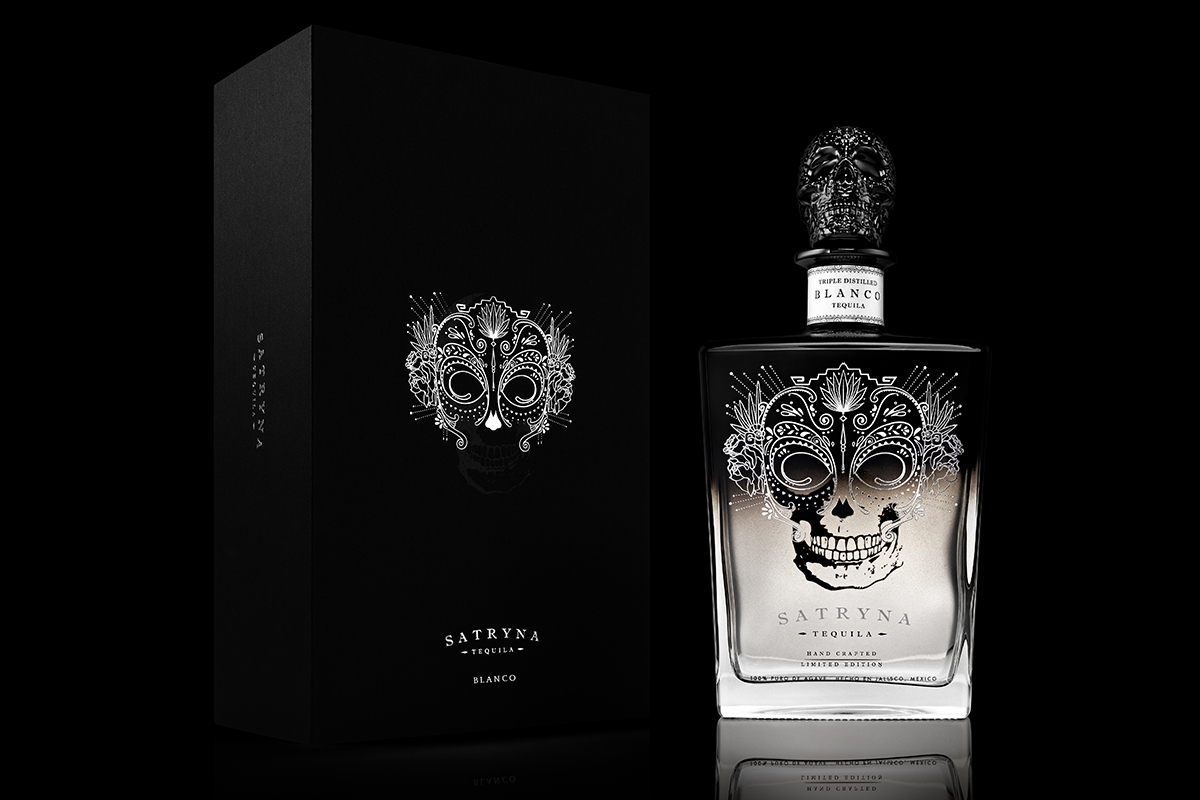