From Old Fashioneds to XO Cognac cask-finishing, Woodford Reserve has long balanced tradition and innovation. We get the latest from the American whiskey pioneer’s master distiller, Chris Morris.

While resolutely American, Lexington-based Woodford Reserve’s spirit has a subtle, albeit distinct, Scottish accent. Like many of its Scotch cousins, it has a long and storied history. It’s carried multiple names; Old Oscar Pepper Distillery and Labrot & Graham Distillery signs have hung over its classic stone walls. Its annals have been punctuated by periods of closure. When current owner Brown-Forman acquired and reopened it in 1996, it brought pot stills back to Kentucky. In fact, once you turn off the road that winds through the rolling hills of horse country, lined by smart wooden post-and-rail fences, the quintessential Americana, you could well have landed in Speyside.

“It was a changing moment for the industry,” says Chris Morris, recalling that reopening. He’s worked in whiskey with Brown-Forman since 1976, and has played a pivotal role in Woodford Reserve’s rebirth. We’re catching up via video call (it is 2020 now, after all), but hearing him describe the buildings take me right back to a visit around six years ago. The lush green surrounds, those copper pot stills, the wooden washbacks, the nearby brook… the distillery has a charm about it that certainly stays with you.

“There was no bourbon tourism, no Bourbon Trail at that time,” he continues. There’s another production method Woodford Reserve brought to America: triple pot still distillation. Everything in the philosophy from reopening onwards is about pursuing distinctiveness. “We’ve come to the industry about being different,” Morris states. “Our approach is all about finding flavour – how we can provide a new flavour, or focus on a new experience.”

There are a number of production processes that set Woodford Reserve apart and contribute to its grain- and fruit-forward distillery character. One is the surprisingly low fill strength when the spirit enters the barrels, just 55% ABV – industry standard would be around 63-64% ABV. “It’s a big flavour statement for us,” Morris explains. “So many of the wood compounds are water-soluble.” For him, it’s about maxing out the impact of the barrels on the spirit. “You also need 14% more barrels,” he quips, signalling the distillery’s commitment to the role of the cask – the team will use as many as it takes to get things just right.

Woodford Reserve became the first US producer to offer the four core straight mash bill styles: bourbon, rye, malt and wheat – the latter being a four-grain recipe. There’s a surprisingly high malt content across each of them. “We never add artificial enzymes,” Morris details, adding that whatever he does, be it tweak the mash bill or play with cask finishes, the distillery character must shine through.

Wood policy is of huge importance to Woodford Reserve

One such cask finish to have received a whole load of attention recently is Woodford Reserve Baccarat Edition. Already launched in travel retail and set for imminent arrival on UK shores, the expression sees Woodford Reserve age its bourbon in three-times-used XO Cognac barrels made from French oak. Well-seasoned stuff indeed. The liquid is then presented in a gorgeous crystal incarnation of its signature bottle shape – which in itself is also Cognac inspired. It’s impressive stuff, and carries a £1,500 price tag.

“We’ve taken American whiskey to a whole new level,” says Morris, explaining that this elevation has never really happened before. And it’s a permanent addition to the new range. I’m curious as to what difference the French oak itself will have on the resulting flavour.

“It’s got a different grain,” he explains, adding that the oak doesn’t grow as straight or dense as its US counterparts. “French oak is a little more porous – you don’t char it, you toast it.” He also adds that the ex-XO vessels are twice the size of the standard Woodford barrels, and are shipped over whole.

How did the whole collaboration come about? After all, it’s the first time an American whiskey producer has been encased in Baccarat crystal. “They approached us!” Morris laughs. He tells the story of a Baccarat executive taking a trip to Woodford Reserve. “When he came to the distillery he sees our Cognac casks and thought, ‘that’s really cool!’” After the visit, the Woodford team received the call from Baccarat. “We never would have dreamed of that possibility.”

The result is a richly toasted number, with chocolate, cocoa and vanilla bean notes, with classic malt and gentle spices coming through, too. It’s deep, velvety, and with a coffee suggestion on the finish – luxe stuff all round.

Away from fancy crystal, there’s another type of shiny glassware that’s important right now: the Old Fashioned glass. Because it’s Old Fashioned Week from 30 October to 8 November! (Ok, it’s more than a week, but with so much tastiness to pack in, we’ll go with it.) And the Woodford Reserve team will certainly be celebrating.

“When I have a cocktail I want to taste Woodford,” Morris continues, citing a Manhattan as one of his very favourite serves, along with a Boulevardier. Then he mentions a Smoked Old Fashioned made using Woodford Reserve Double Oaked, and I start salivating.

Don’t be afraid to experiment, this whiskey works on a number serves

Ok, so full disclosure, it might be tricky to make at home. To get the smoulder in the serve, sugar is smoked over burning Woodford Reserve barrels. Which might be a bit tricky if you’re stuck inside (cheers, 2020), But the rest still sounds incredible. Simply take 50ml of Double Oaked, a barspoon of sugar (smoky or otherwise), and up to five dashes of Angostura bitters. Chuck it all in a mixing glass, add ice, and stir, stir, stir! Strain into a serving glass over ice and garnish with a gently squeezed orange peel. “It’s like drinking a s’more,” Morris says, of the smoked version. I’d take either.

We exchange stories of delicious whiskey serves before Morris becomes reflective for a moment. “I have seen our industry at the lowest ebb, distilleries closing…” Not so long ago times were very different. Now American whiskey is a vibrant, fast-growing category, with distillers and blenders pushing the boundaries, buoyed by the momentum. “I still can’t fully comprehend where we are today.” And with expressions and innovations like the Baccarat Edition and a real focus on flavour, there’s a lot more to come from Woodford Reserve.

Master of Malt @MasterOfMalt
15 minutes ago
. @GlenMorayDist has a new head of #whisky: Stephen Woodcock! He joins from Distell to oversee the development of the Speyside brand’s single malts and more. 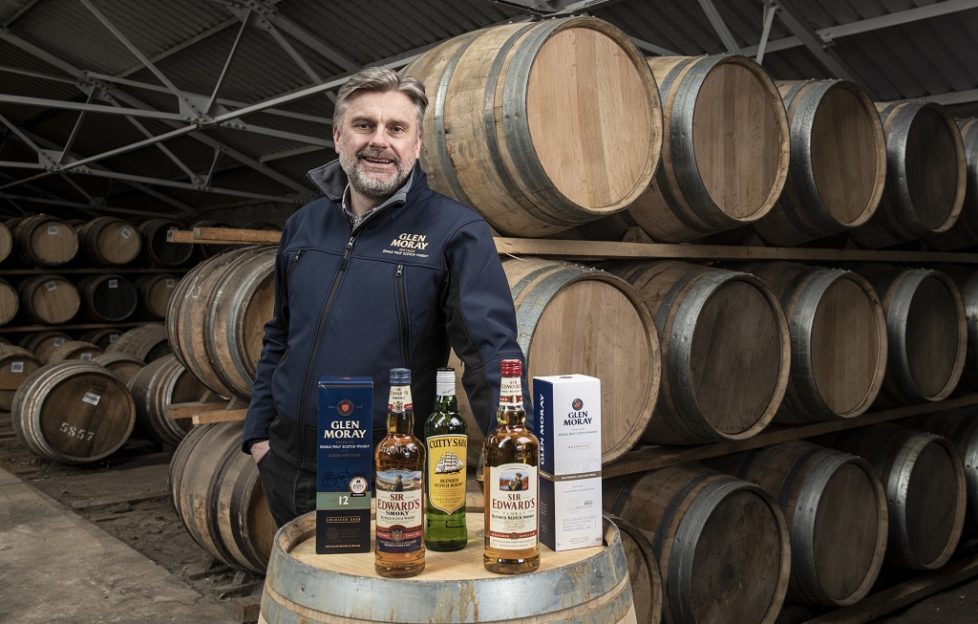 Master of Malt @MasterOfMalt
13 hours ago
The Last Word is usually made with equal parts Green Chatreuse, Luxardo maraschino, #gin and lime juice. But we’ve upped the gin quotient to make our #Cocktail of the Week. https://t.co/hCOZsaN3zq
View on Twitter
0
2

Master of Malt @MasterOfMalt
16 hours ago
Where are London’s most mediocre pubs? Why the hell is there now a crisp-flavoured #beer? We answer all this and more in this week’s Nightcap. 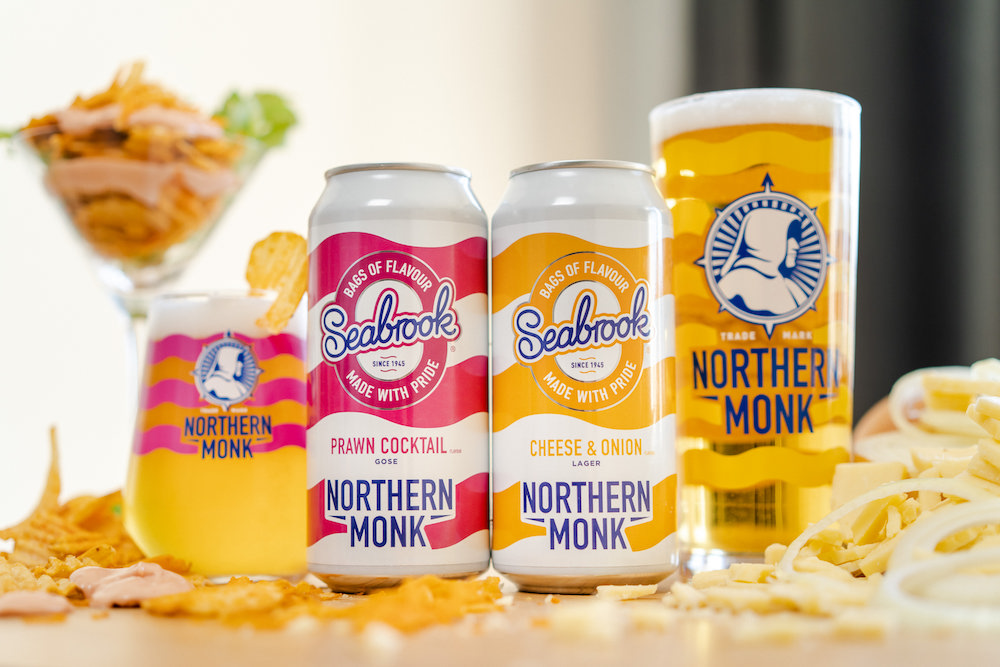 Cocktail of the Week: Deano's Margarita