Talisker has always valued its maritime heritage. Now, it has released a whisky aged with staves that have travelled across the Atlantic. And at 43 years old Talisker Xpedition Oak: The Atlantic Challenge is the oldest commercial release from the Isle of Skye distillery. Intrigued?

Talisker and boats go together like, well, whisky and oak casks. The story begins in 1830 when Hugh and Kenneth MacAskill rowed across to Skye from the Isle of Eigg to found a distillery.

That distillery would go on to produce one of Scotland’s most distinctive and famous whiskies. Robert Louis Stevenson described it, along with Glenlivet and Islay, as the “King of drinks.”

Talisker gets its classic character from a unique production process. It begins with medium-peated barley from the Glen Ord Maltings. The team produces a clean wort which is then subjected to a long fermentation in Oregon pine washbacks. The distillation process is a bit unusual as the wash stills have purifiers, pipes leading back to the lyne arm, which increase reflux removing heavier compounds. There are three spirit stills with washtub condensers. Ageing is mainly in bourbon barrels with some sherry and Port casks for special editions.

This all leads to that classic Talisker profile: peppery, smoky, strongly-flavoured but with a certain delicacy and fragrance provided by heather and honey notes, and all the time with a distinct whiff of the ocean. No wonder each bottle carries the legend: “Made by the sea.” 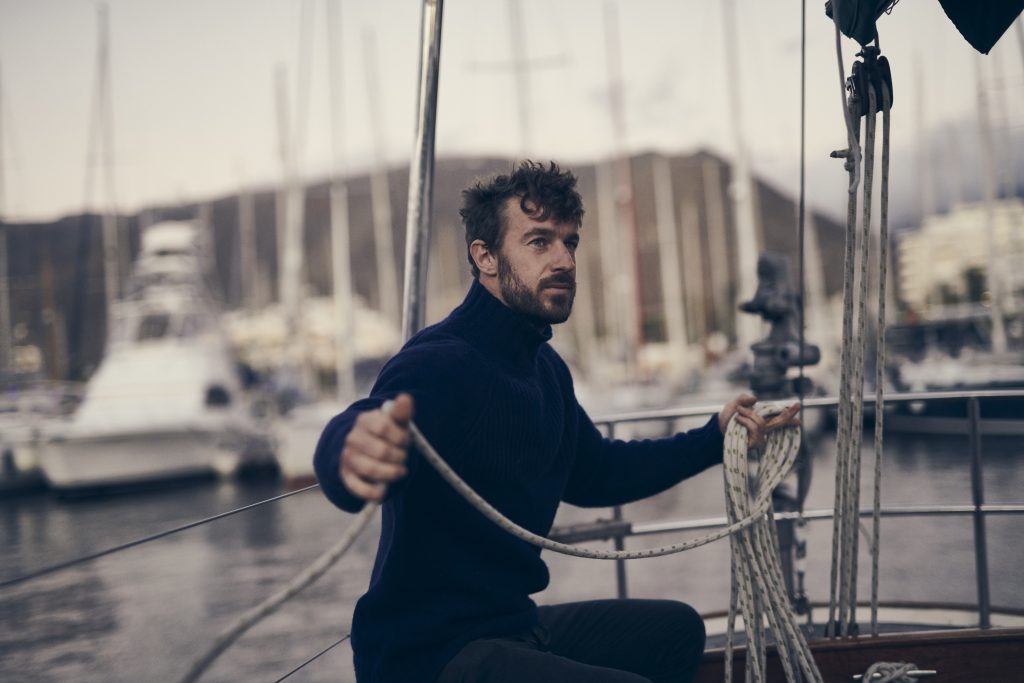 A life on the ocean waves

To celebrate this maritime heritage, since 2011 the distillery has sponsored the Talisker Whisky Atlantic Challenge. It’s one of the hardest endurance events in the world: teams have to row from La Gomera in the Canary Islands to Antigua in the Caribbean. A distance of 3,264 miles. You’ll need a wee dram at the end of that.

The last race ran in 2019 and was won by British team Fortitude IV who made the Atlantic crossing in an impressive time of 32 days 12 hours and 35 minutes.

Oak across the Atlantic

Well, the event didn’t take place last year because of the pandemic. Instead, Talisker sent an intrepid fellow called James Aiken on the journey across the Atlantic on his yacht. On board was a very special cargo, oak staves from a selection of casks. We imagine the rowers were glad that they weren’t carrying this extra cargo.

Aiken commented: “Over twenty-four days, sailing from La Gomera, Spain, to the island of Antigua, I crossed the Atlantic solo aboard my boat Oaken Yarn. I cared for the wooden staves aboard ensuring their safe passage. The crossing was an almost meditative experience in nature: both challenging and a joy.”

On his arrival in the West Indies, the staves were sent back to Scotland where they were made up into barrels to complete the maturation of a very special Talisker. 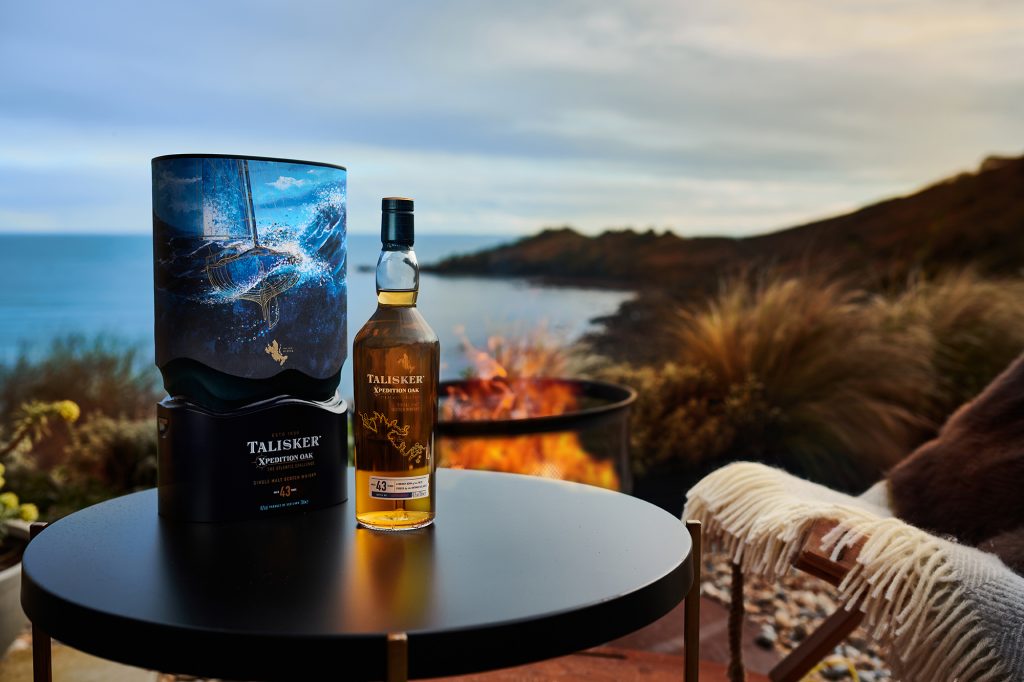 In recent years Talisker has been releasing increasingly older whiskies in very limited quantities such as the Bodegas Series with 40 and 41 year old releases, but this is the oldest release yet from the distillery. It’s called the Xpedition Oak: The Atlantic Challenge and it’s 43 years old bottled at 49.7% ABV.  It was drawn from 10 casks and as a tribute to Hugh and Kenneth MacAskill only 1830 have been filled with an RRP of £3500.

As part of Talisker’s commitment to the ocean, the very first bottle of Xpedition Oak filled will be auctioned with all proceeds going to Parley for the Oceans. This charity’s mission is to help preserve 100 million square metres of marine ecosystems around the world by 2023.

Ewan Gunn, senior global brand ambassador, said: “This whisky is a sublime single malt that captures the pinnacle of the key aromas of Talisker – spice, sweetness, waxy and creamy, with a sense of the sea salt spray the morning after a storm. The four decades of maturation have given a full flavour, yet a softness to this bold drama resulting in a rounded and elegant experience.”

We can only agree having tried it. That unmistakable Talisker DNA runs like a thread through Xpedition Oak, it’s there on the nose and hauntingly on the palate among the richer waxy, nutty, creamy notes from all that time spent in casks with the most spectacularly long finish. Most amazingly, it’s not a woody whisky in any way. You’d probably never guess it had spent more than 40 years in wood.

To celebrate its sheer magnificence, we will be talking to brand ambassador Jason Clark live on the Master of Malt Instagram page at 7.30pm on Thursday 14 May. We’ll be discussing all things Talisker so crack open a bottle of the Ten Year Old, sit back and enjoy.

Talisker Xpedition Oak: The Atlantic Challenge is available now from Master of Malt.

Tastings note from the Chaps at Master of Malt

Nose: Vanilla, cooked apple and waxy aromas lead when you first take a sniff. There’s a mellow smokiness swirling around beneath with notes of bacon, varnish and that characteristic Talisker saline quality.

Palate: Black pepper and chilli dance on the tongue, and then they’re overtaken by a creaminess. There’s a little custard, white peaches and that waxy character again. The smokiness is there in the background but it’s very restrained. That creaminess lingers and is joined by salty maritime notes.

Finish: Very long and mellow, the texture taking on a little marzipan with a crackle of black pepper.