Master of Cocktails – The Hemingway Daiquiri

Ben Ellefsen
No Comments on Master of Cocktails – The Hemingway Daiquiri 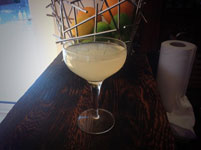 After a break from Daiquiris on #MasterofCocktails last week, they’re back in force with probably the finest evolution of the drink – maybe with the exception of Artesian’s Frozen Banana with Caviar… and I’ll be having a crack at recreating that one in a few weeks’ time incidentally… but this week we’re going with The Hemingway Daiquiri.

He liked a drink or two did old Ernie, and this recipe is a fine legacy indeed. The theory here is essentially unchanged from the standard, only we’re going to be replacing boring old sugar syrup with Maraschino. The original recipe also calls for a splidge of Grapefruit Juice. Not convinced it needs it myself but we’ll stick it in anyway and you can easily omit it if you’ve not got grapefruits in (who does, usually?). 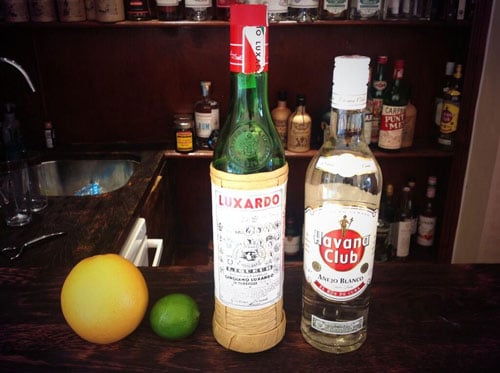 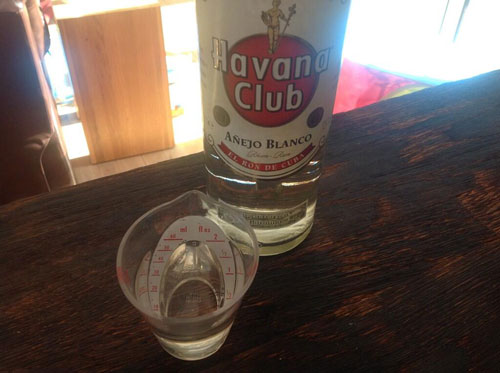 Next up – Maraschino. We’re going to break from the ‘half’ rule here, as it’s not *quite* as sweet as simple syrup. So, 20ml, please… 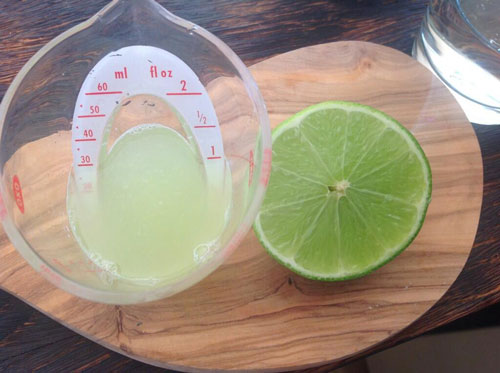 Now 15ml of Grapefruit Juice. As you’re just doing a tiny bit, cut a ‘cheek’ off the grapefruit. You’ll find it easier. Thusly: 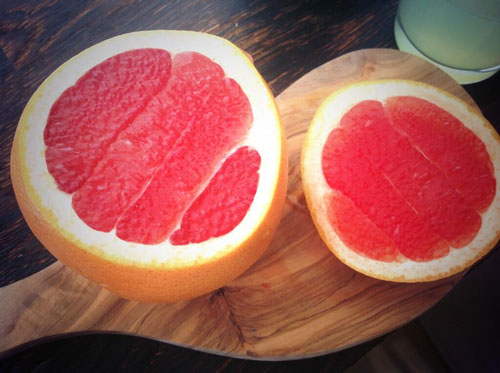 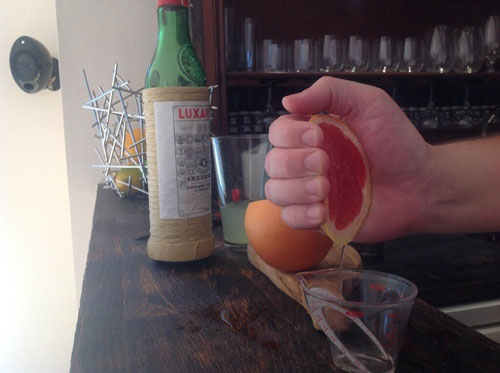 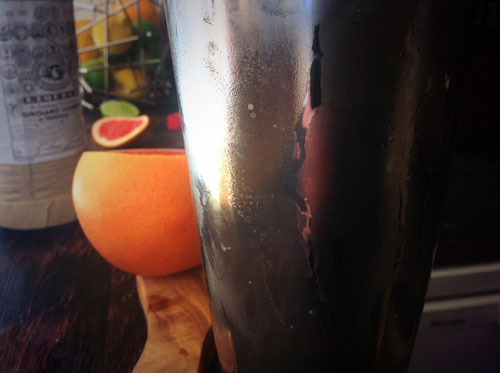 Give it a quick taste at this point, as acidity of the fruit is never constant. I’m popping another 5ml of Maraschino in.

Finally double-strain into a chilled Coupe, and serve. The Hemingway Daiquiri. De. Licious. 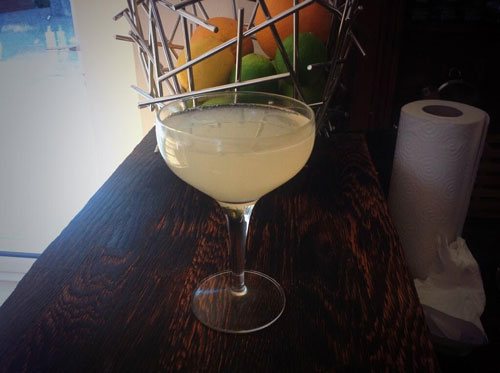 Right, what are we doing next week? Not really sure how it took so long to get to this one: 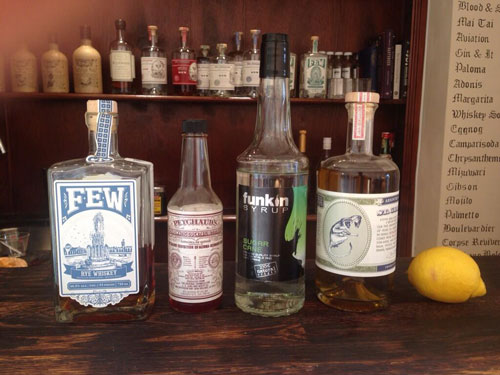 WIN a Chivas Regal Cocktail Set as The Chivas Master is announced!