Master of Cocktails – Campari and Soda

Ben Ellefsen
No Comments on Master of Cocktails – Campari and Soda 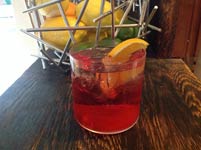 Right then cocktail fans, we’re doing a Campari and Soda recipe for this week’s #MasterofCocktails. I say ‘cocktails’… A bit of a confession, this week’s drink isn’t *really* a cocktail. It’s more of a ‘mixed drink’. So this week is less ‘cocktail’, and more 50:50 confession/love-letter.

I’ll start with the confession bit. I properly fucking LOVE Campari. In fact, I think I’d probably go as far as to say that if I had to pick only one product (not ‘range’ or ‘category’) for a desert island, it’d be Campari. It’s not better than ‘whisky’ as a category, not by a long chalk, but if I had to pick one single SKU/line for the rest of time (at a sensible price), I think it’d probably be Campari. Same goes for wine, beer, gin, everything in fact. It’s a *superb*, superb drink. And the purest means of its enjoyment? Campari and Soda.

There isn’t a better aperitif IMHO. Martinis (recipe still to come incidentally, more on that later) are a close second, but Campari and Soda has everything. It’s bitter, sweet, herbal, zesty, and just, well, perfect.

On the Martini question BTW – It’s been conspicuously absent from the recipe book to date, the reason is quite simple – I’ve spent the last 12 months developing a gin specifically for it. Should be out by early next year. #NPD

So – First – a bit of history. These are what first made me fall in love with Camparisoda: 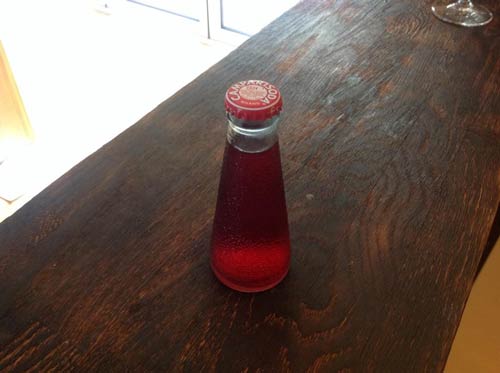 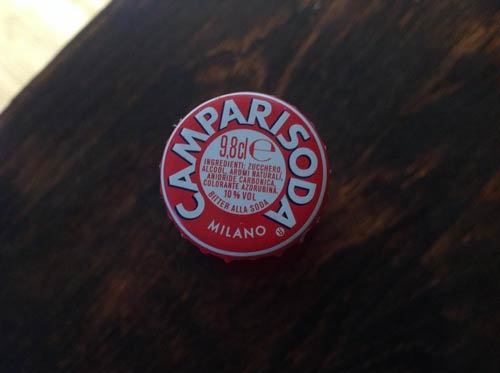 1) They first ‘got’ me in Venice 10 years ago. Before then, I’d largely ignored Campari, but they are *Everywhere* there.

2) They’re not easy to get hold of in the UK, as they’re meant to be Italy-only.

3) They are emphatically *not* the same as UK Campari with added soda.

4) (I lied about there being 3 things, and yes, this one is somewhat subjective) They’re at the wrong ABV.

This leads me to believe that there’s more to this Campari lark than meets the eye. A quick Google reveals that different markets get different ABVs, and from tasting this premix, I’m guessing different recipes too.

The premix is *substantially* rootsier, and more aggressive. In fact it’s closer to this: 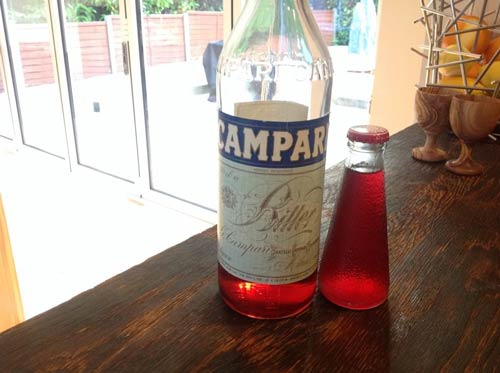 What’s that you say? Well that’s a bottle of 1970s Italian-market Campari, my friends. 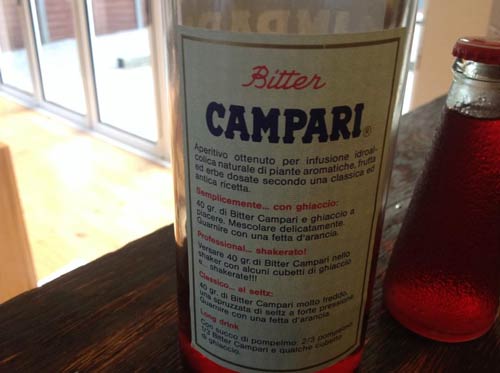 Okay – I’m going to stop banging on and make a drink now, but I’ll say this: If Campari have a UK brand ambassador / presence – please do get in touch. I have a really strong need to learn more.

So. Shall we have one? I think so. 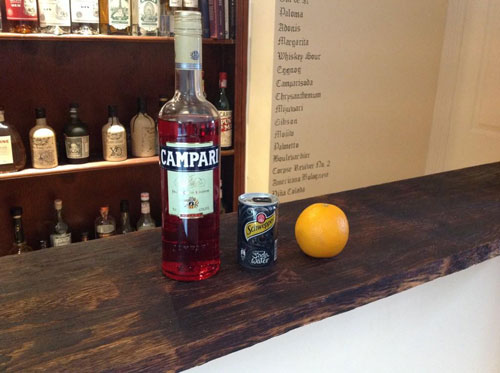 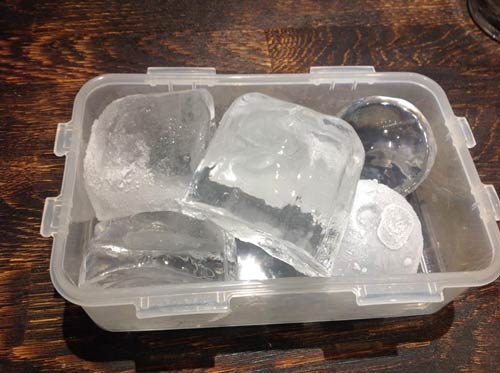 Get yourself an icepick, and chisel some irregular lumps. 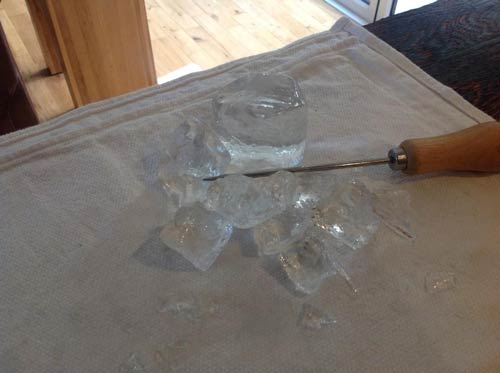 Sling a small handful into a rocks glass. Helps if it’s Riedel. You can see the ice is ‘wet’, meaning it’s melting, so won’t knock all the fizz out of our soda. This is important. 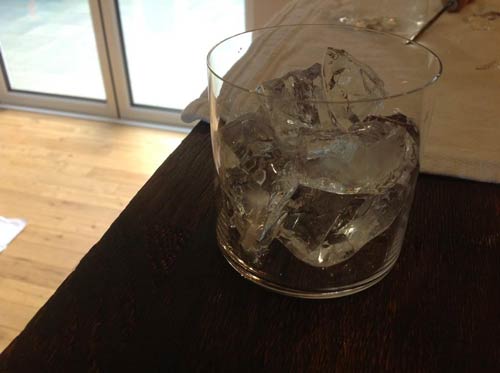 50ml of Campari joins the ice in the glass. 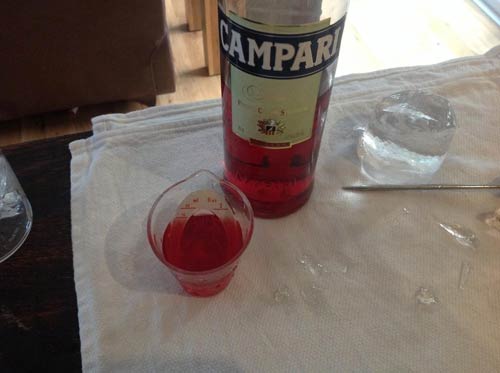 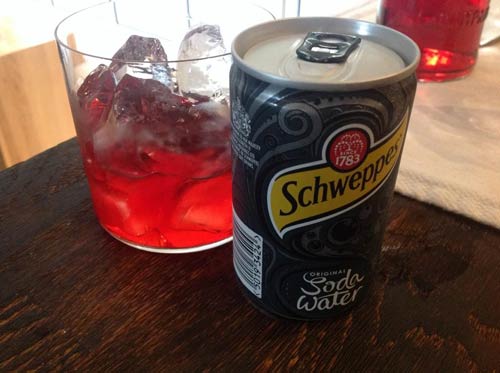 Next up – an thin orange wedge. Take it longitudinally, it’ll look nicer. 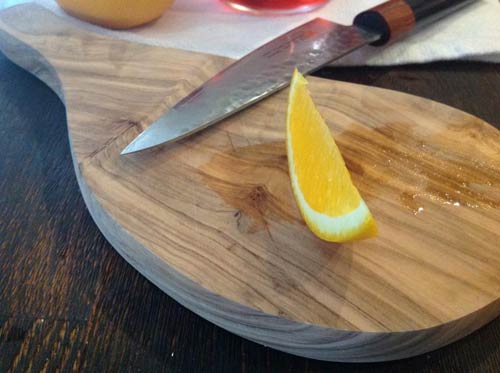 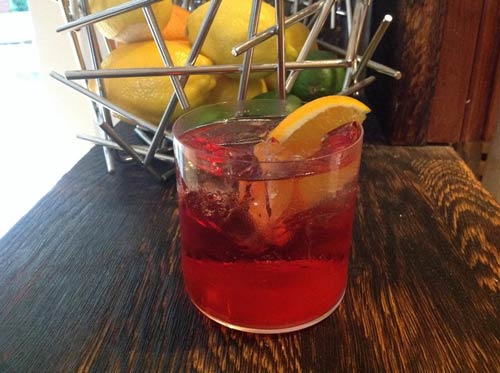 I find it hard to express just how incredible this drink is. Honestly, it’s what I get through more than anything else.

Now – for comparison on that premixed version – look at the colour difference for a start. 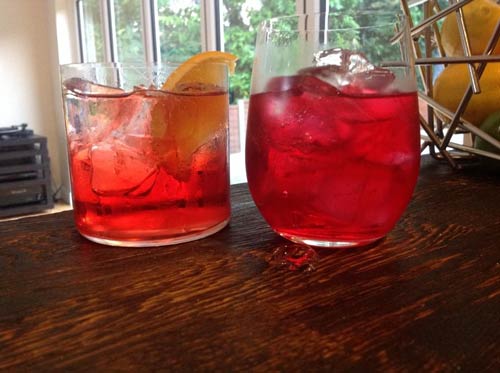 The RHS version is the premix, and it’s *significantly* redder in hue, even when accounting for dilution. It also amazes me that the ABV on the premix is 10%, meaning dilution of 1 Campari to only 1.5 parts soda (we used 1:3). Might just be me, but 1:1.5 feels too strong. Much too strong.

As ever, it’s always a pleasure when folks at home play along, and once again @DJOsito joined us for a Campari and Soda, and even included a Wintersmiths clear ice ball too! 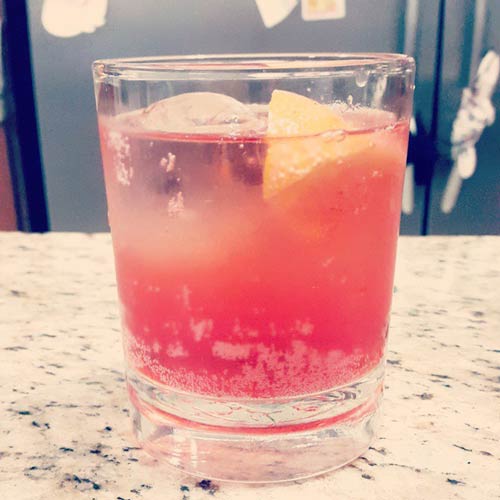 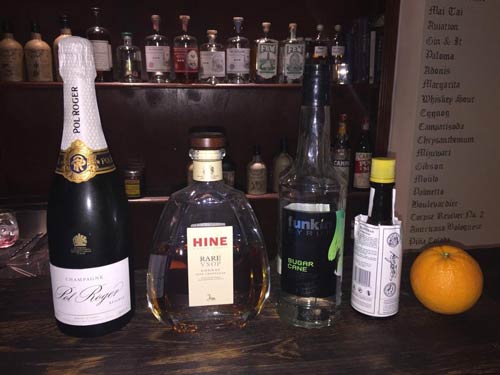 A new batch of Boutique-y Whiskies for a Tuesday Morning