How Masons Gin rose from the ashes

The founders of Masons of Yorkshire talk to us about turning a social media trend into a distillery, navigating the gin boom and how the brand is bouncing back from a devastating fire.

Karl Mason recalls messaging his wife Catherine one Friday night in 2012 asking if it was ‘Gin & Tonic Friday’. “When I got home there was one waiting for me. I put a picture of it on Facebook. Then our friends put their pictures up and it took off from there”. The Facebook page Gin & Tonic Friday soon became filled with pictures, information and reviews of the best gins on the market, capturing the interest of 10,000 followers.

When they started posting on the social media platform, the Masons weren’t aware it would lead to him opening a gin distillery. But the response to the page gave them confidence. As did their knowledge of gin, accumulated thanks to tasting the many bottles brand’s sent them to feature on Gin & Tonic Friday. They had learned to decipher what worked and what didn’t. The couple decided to take the leap themselves and founded Masons Gin. By 15 June 2013, World Gin Day, they had launched their first expression: Masons Dry Yorkshire Gin.

Bored by the number of run-of-the-mill gins they were sent, the Masons had resolved to make a different gin, not just a different label. A secret selection of botanicals was chosen to create a bold, creamy gin with big notes of citrus, fennel and liquorice accompanying the classic juniper flavour. It also tasted smashing in a G&T. Knowing how to make a great one proved to be worth its weight in gold when promoting the product. Particularly given the expression arrived right at the beginning of the gin boom. 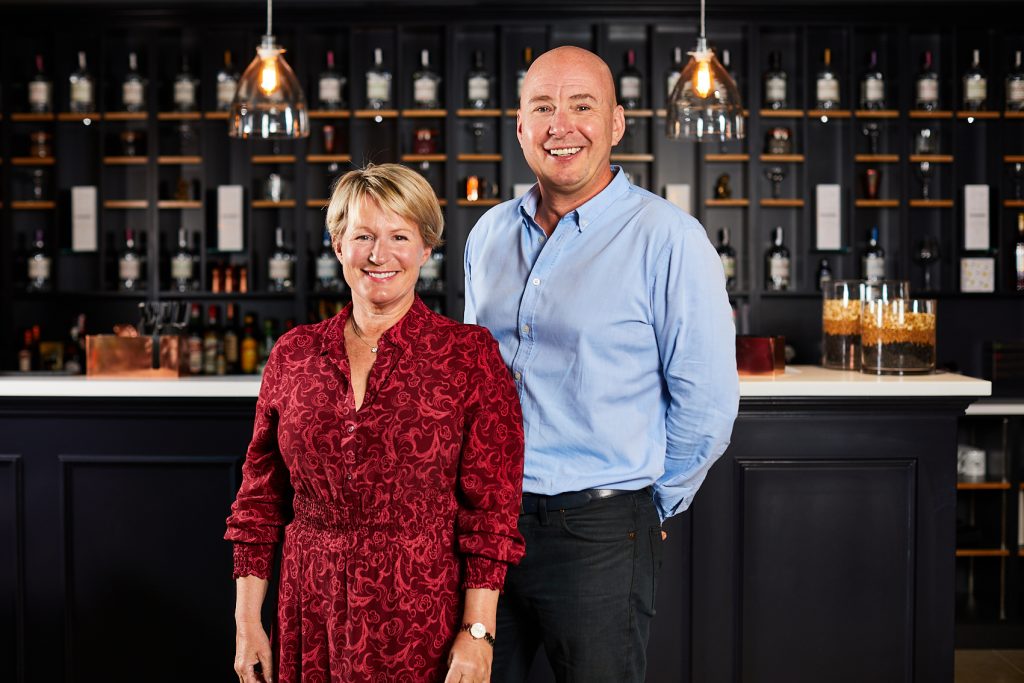 Say hello the founders of Masons of Yorkshire, Catherine and Karl Mason!

From fame to flames

Being willing and able to stand out in a crowded market paid off. By June 2014, just a year after first launching, the couple moved from a workshop in Bedale, North Yorkshire to their first operational distillery. A slew of new expressions has since followed, including the Lavender, Yorkshire Tea, Peppered Pear and Orange & Lime Leaf editions. Each a tasty twist on the original made with the addition of one or two botanicals. Jumping into the flavoured category head first never interested the Masons. “If what you make is good enough you don’t have to follow the fashion. We’ve never gone down the coloured gin route or the full-blown flavoured gin route because it’s not what we love,” Karl says.

Then disaster struck. A fire broke out at the distillery in April 2019. “I got a call at 8am from staff who had run from the building as flames took hold. You could see the smoke a mile away. We couldn’t do anything but stand and watch it burn. We lost everything. The fire was the worst day in our history,” Karl recalls.

What enabled the brand to keep going was the response. The team congregated at the Masons’ house the next day and put together a plan to make it work again. Other distilleries offered the use of their facilities and within two weeks of the fire, gin was being made in temporary locations. “We felt very humbled straight away as three communities came together: the team at work, our local community and the distilling community,” Catherine reveals. “Local businesses were sending us boxes of stationery. A training school lent us 12 of their old computers. It was incredible”. As a way of thanking those that came to their aid during the fire, the first gin the Masons made was a limited edition ‘Phoenix’ gin, with £2.50 from the sale of each bottle going to the Fire Fighters Charity. 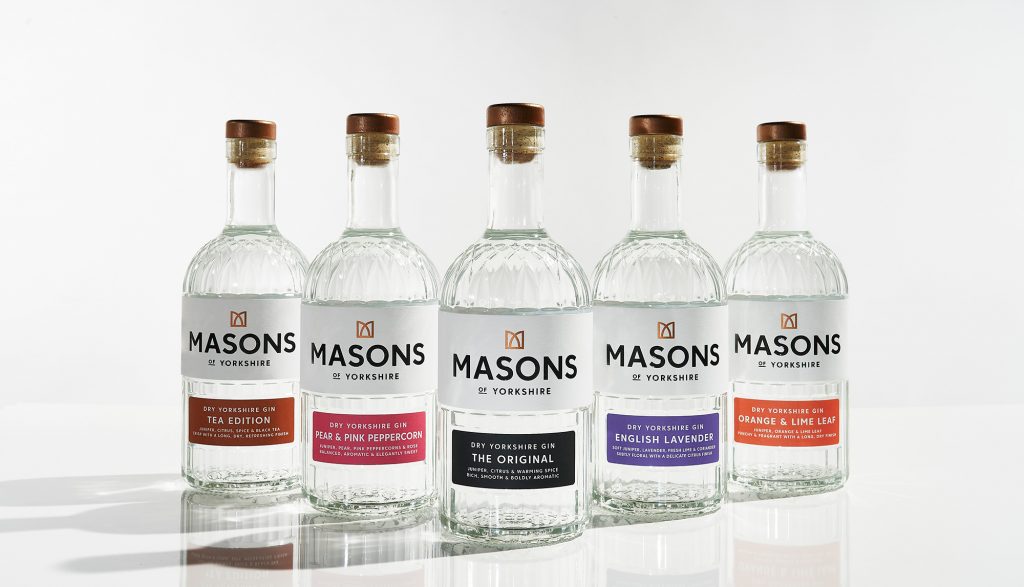 The Masons of Yorkshire range

Rising from the ashes

One stroke of luck the Masons did have was that they had just ordered a new still, so as soon as they moved into a new premise they were able to distil right away. A warehouse only two miles away at Leeming Bar was soon converted into a distillery, bar area and shop. The recipes had to be adapted to the new still and improved safety measures were brought in, but the duo were determined to overcome and move forward. They invested in a laboratory and rotovap system (which captures flavours typically destroyed by heat) and set about rebranding, opting for a more elaborate and tactile bottle and a subtle name change to Masons of Yorkshire.

But just weeks after opening, the pandemic struck and lockdown happened. Once again, the Masons have a situation to overcome. But they feel positive about the future. “There will be some changes. Some of the flavours will disappear. People will certainly be cautious about entering the market, unless they’ve got money or something truly unique as it’s easy to get lost in the noise,” Karl says. “But even in the last month, I’ve been approached by three people wanting to enter the gin market. There are still people even in the current climate thinking of jumping on board. There’s a lot more mileage in it yet”.

Despite the challenges the pandemic has brought, the Masons are right to be optimistic. They have created a diverse, versatile and tasty range of gins (see the distillery page) while doing an excellent job of establishing their brand. If you like experimenting, then be sure to check out the dedicated cocktail page. Just remember, when it comes to the original expression, you can’t go wrong with a classic G&T. Fill it up with plenty of ice and garnish with a lemon or orange peel. You could even pop a photo of it on your social media. You never know what might happen next… 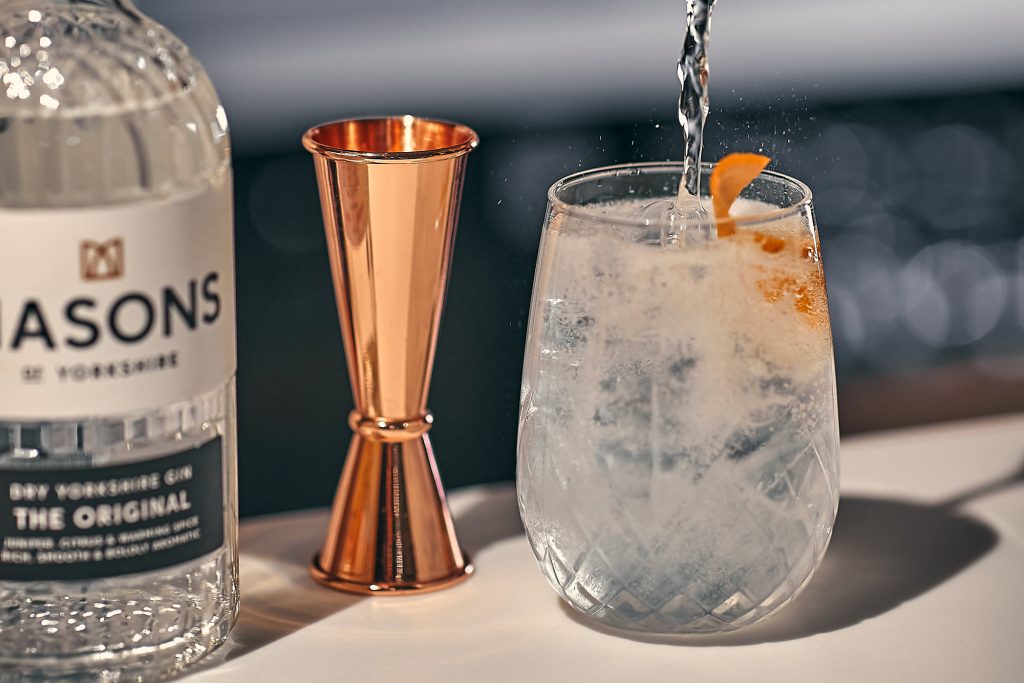 Burns Night poetry competition – we have a winner!