Career discussions often focus on those just starting out. But what if you want to get into whisky (or whiskey!) a bit later on? Lisa Roper Wicker, Widow Jane president and head distiller tells us her story.

On a recent video call a friend was lamenting not enjoying her job. “It’s too late for me!” she cried. “Why didn’t I realise what I wanted to do in my twenties?” Another chimed in: “We see all these 30 Under 30 lists. I want the stories of people who found their calling later in their career.” It was serendipity most glorious when the following week, I found myself chatting with Lisa Roper Wicker, president and head distiller at Widow Jane Distillery.

Her screen is set up in the distillery itself, a site in Red Hook, Brooklyn. Stroll just a few moments from the door and you’ll be at the waterfront, looking across to the Statue of Liberty. The brand has small-batch blending at its heart (think five barrels at a time), and, now in its ninth year, combines sourced bourbon and rye with its own liquid. There’s a focus on heirloom grains, too, and its unusual proofing water which comes from a limestone mine in Rosendale, Upstate New York. As we talk, there are the sounds of production in the background and I can just about glimpse some barrels. It’s almost like being back in a distillery; all that’s needed is the aroma of production to permeate through the screen. 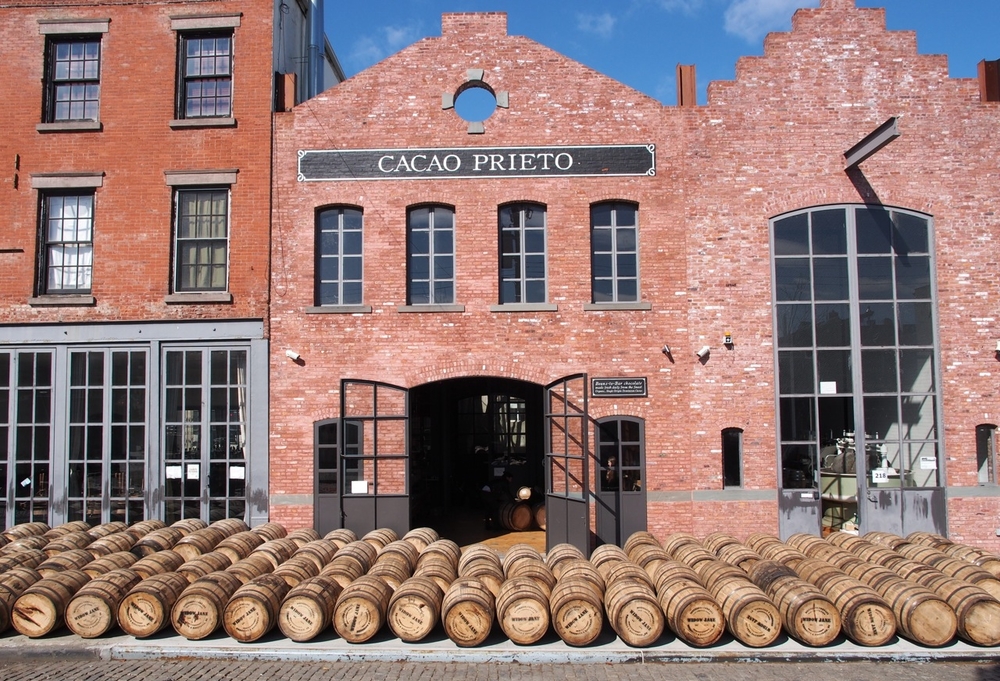 The Widow Jane Distillery in Brooklyn

“When I was growing up, I never knew what I wanted to do,” she opens. Initial focuses included pursuing careers in journalism, then law. “If someone told me I would have been a whiskey distiller in the second part of my life, I never would have believed them.”

Wicker spent a number of years moving around the country with her husband and young family before setting up a costume design enterprise. Her first foray into drinks was working as a farm hand during the harvest at a vineyard. She quickly fell in love with the production side, and embarked on eight years of winemaking study.

“There weren’t any sacrifices but there were certainly trade-offs,” she says, when I ask about juggling work, study and family. “It’s not a sacrifice if you love it.”

Wicker then moved to Kentucky to build a winery, and it was there that distilling caught her eye. She learned to distil at Limestone Branch, before joining Starlight Distillery, and then launched a consulting business, Saints & Monsters. An early client was Samson & Surrey, which owns FEW Spirits and Brenne among others, plus Widow Jane. She held the position as director of distilling across the entire portfolio, before honing in on the Brooklyn distillery with its corn growing, distilling and blending programme two years ago.  “I’m so grateful that I didn’t have it overlap too much with raising my kids, because it really has been an obsession!” she laughs. 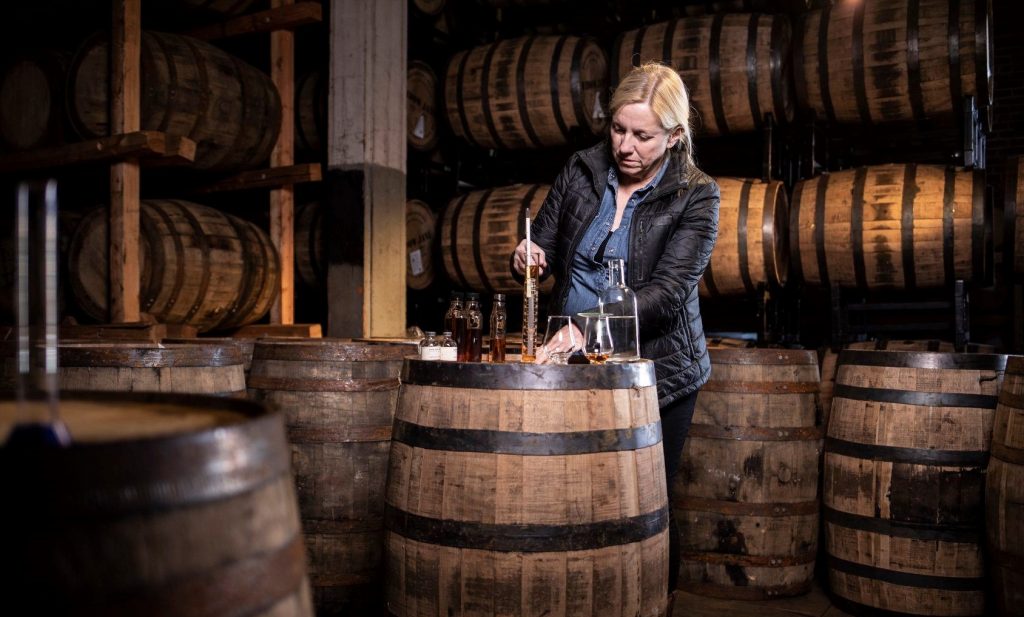 Lisa Roper Wicker from Widow Jane blending at the distillery

“I’m not unusual coming to it a little bit later in life,” she says. “There’s not a lot of us, but it’s also not unusual.” She says when talking to women in their twenties and thirties, it’s about stressing the myriad pathways available to them. “Whatever you study, whether it’s marketing or HR or chemistry or food science, culinary skills, there’s a pathway to whiskey through all of it.” Plus, there’s the career change option: “I get that from young women a lot. Like, oh my gosh, I get to change my mind?” The answer is yes!

To highlight the space women can move into at very senior levels, she recalls a panel she sat on a couple of years back. “I was with Pam Heilmann, she was just retiring as the master distiller for Michter’s, and with Joyce Nethery of Jeptha Creed. It was so interesting how many jobs we’d all had before we got into whiskey.” All in the same age group, they’d previously held roles like school teachers, designers, engineers. With eight children between them, they’d also managed to “patch together” roles to ensure they had the flexibility needed to balance family.

Wicker is also keen to shout out women who demonstrate the significant progression opportunities in the industry. “Like Jane Bowie at Maker’s Mark,” she says. “For years, she was in the UK as the brand advocate. She came back to Kentucky, and went back to work within the distillery. Now she’s the director of maturation for Maker’s Mark.” Responsibilities include the Maker’s Mark 46 programme. “It’s a pretty amazing progression, and we see this a lot in whiskey.” 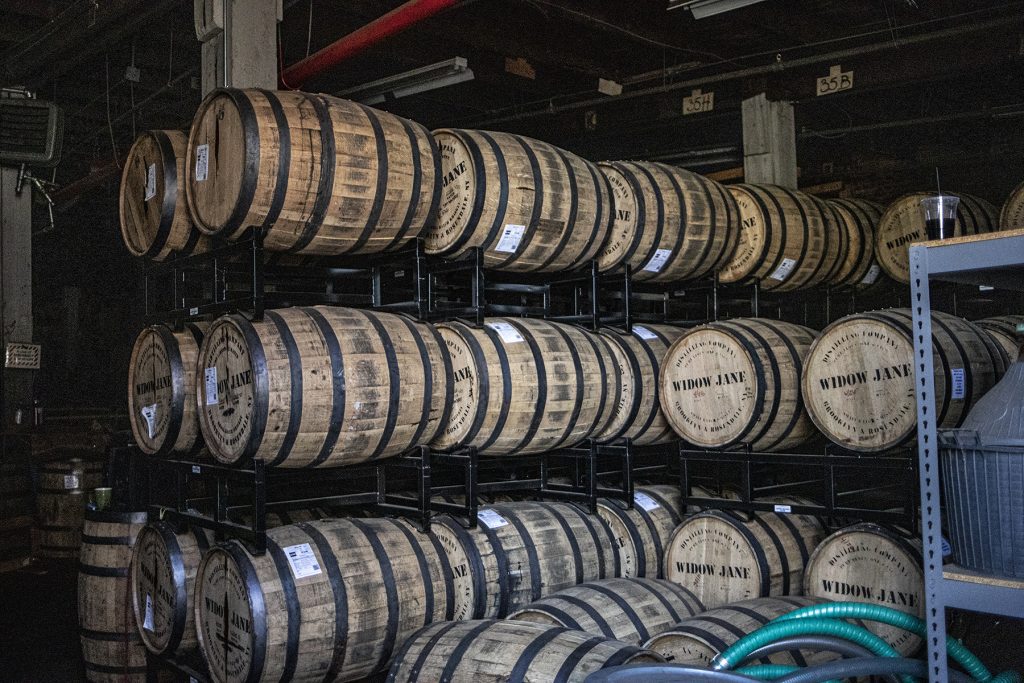 Barrels are funny things, you never know what you’re going to get

For the love of whiskey blending

Right now whisky is a dynamic sector with lots going on. “I love that it’s not stagnant. I love that there’s so much opportunity.” The increasingly positive standings of both blending and sourcing liquid are particular sources of excitement for her. “I think it’s because whiskey used to be vatted and not necessarily blended. They were just ‘let’s take all these barrels and dump them together’. Blended whiskey got a very bad reputation.” Thankfully times have changed. “Then it was just about elevating really good whiskey!” Sourcing too is starting to be better understood. “Now you can get the good barrels and it means you’re high up on the list and working with the best brokers and the best whiskey houses.” She explains. “I love seeing blending coming into its own.”

Wicker’s responsibilities at Widow Jane are wide-ranging. She oversees the heirloom corn project (for two years, the largest of its kind in the whole of the US), distilling itself, barrel sourcing (including likes of maple casks), and blending. All while splitting her time between Brooklyn and her home in Bardstown, Kentucky.

“The barrel game is a game!” She laughs as the blending conversation picks up again. Each one will behave differently. She sources both fully- and part-matured stock, and looking after them can be tricky. “The largest lot I purchased was several years ago and it wasn’t drinking as old as an age statement,” she recalls. “We moved those barrels and now they have taken off and are where they need to be. But it was crazy.”

There’s one delight that comes from whiskey making that will never change, and that’s seeing her creations on-shelf in a store. “I’ll never get over the thrill of that. You don’t tell people who you are or what you do. You just go in and you pat your bottles and buy one.” Even better if there’s product from previous ventures there, too. 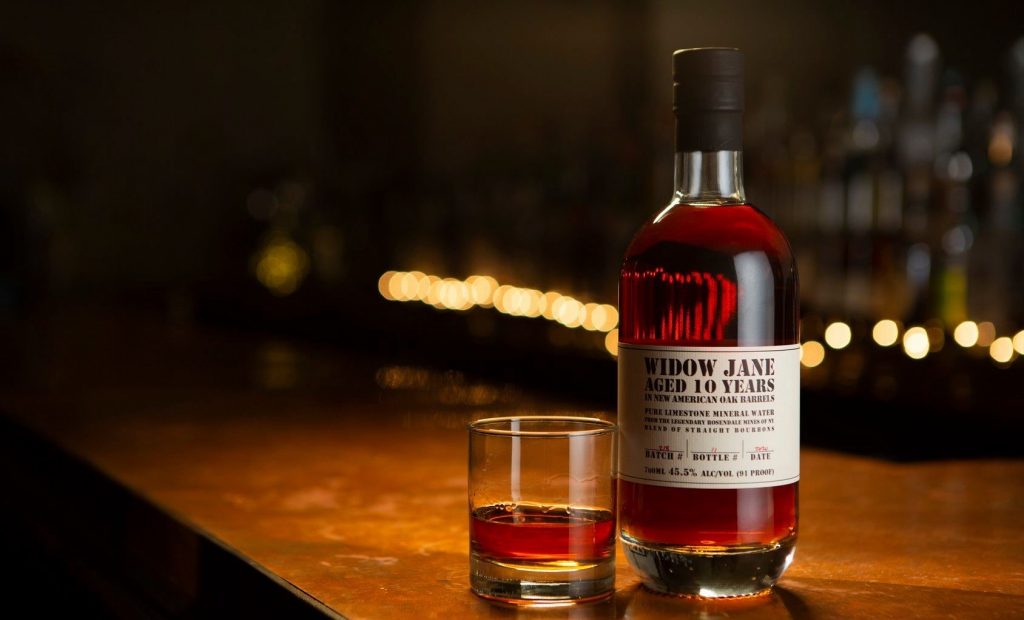 An optimistic future for women in whiskey

As we say our goodbyes, I recall an earlier part of the conversation where I asked Wicker about what needs to change for more women and underrepresented groups to be aware of the opportunities whiskey can offer. “I think getting more and more women in front of tastings where they realise I am somebody’s grandmother and I love what I do and I’m passionate about it and I won’t ever retire. My mentor, he’s 75 and he still picks and chooses his projects, right? More than anything it’s about setting the example that the business is flexible, it’s definitely something that someone can pursue as a career and stay in it forever.”

There can be a sense that we’ve somehow ‘missed the boat’ if we’ve not kicked off our dream careers by 25. If you’re a woman, that pressure could be compounded by a desire to start a family. In male-dominated industries, this can feel like even more of a weight. Wicker is proof that it’s not only possible to switch it up, but you can excel too. This evening, I’m raising a glass of Widow Jane to Lisa Roper Wicker, the women like her, and all the women who could be about to join our wonderful whiskey industry.