Huge news from Ireland: the technical file for Irish single pot still whiskey is set to be updated to increase the number of grains such as oats, rye, and wheat allowed to move more in line with the traditions and history of the style.

A lot of the whiskey you love is protected by a technical file. It’s a legal definition and framework that dictates what that whiskey can and cannot be. Back in 2014, The Irish Whiskey technical file was published after six years of discussion among the members of the Irish Spirits Association, and one of the most significant definitions it established was for Irish single pot still whiskey, which stated that it must be made from a mash which contains a minimum of 30% malted barley and a minimum of 30% unmalted barley, with up to 5% of other cereals such as oats, wheat, and/or rye.

But we’ve learned that there is a proposed updated product specification sheet to reflect the historical accuracy of the style, increasing the number of grains other than malted and unmalted barley to 30%.

We have been told by the Irish Whiskey Association that there are several proposed amendments to the product specification which have been worked on over many months by the IWA’s technical committee, composed of leading experts from across the industry and in consultation with the association’s broader membership. Legal advisor Carleen Madigan, speaking on behalf of the association, says that these proposals have been submitted to the Department of Agriculture Food and Marine as well as the Department for Environment Food and Rural Affairs as the relevant Irish and UK holders of the GI. 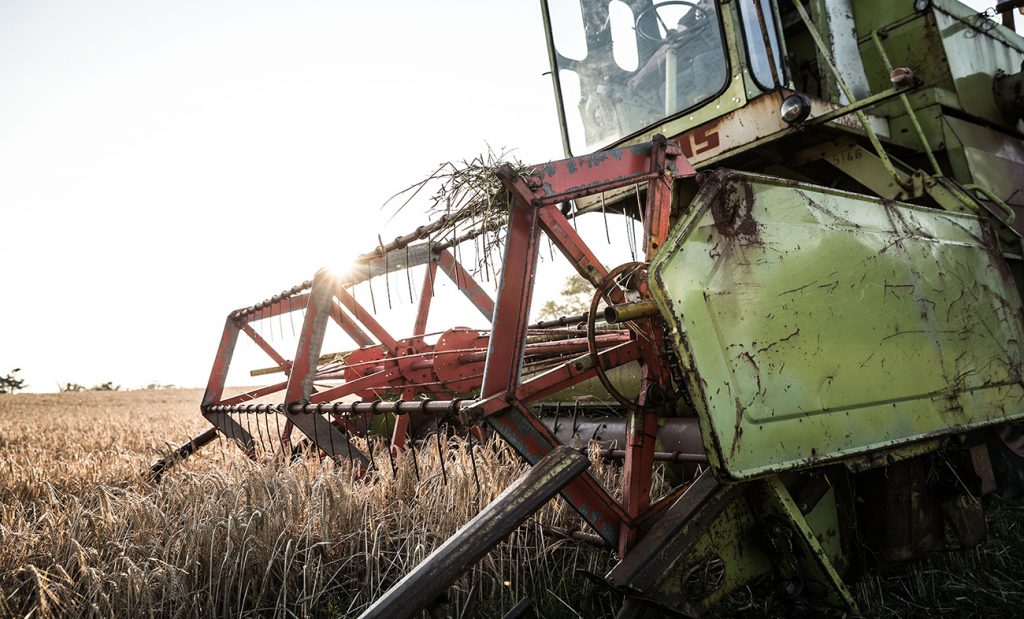 Single pot still whiskey is an emotive subject because it is Ireland’s unique whiskey style, standing out thanks to the use of unmalted barley. This is uncommon in whiskey production outside of Ireland. There’s historical evidence that unmalted barley was in use before tax laws made it appealing, though the introduction of a malt tax in 1785 certainly helped popularise its use as it became a crafty workaround for Irish whiskey makers. Today, its nutty, oily, and spicy profile is singular and now much prized.

The category in the modern era has been defined by products such as Redbreast and Green Spot, with pot still also making up the blend for Jameson. As Irish Distillers were the only producers of the style, when the time for a historical definition arose, the document reflected the whiskey made at Midleton. Representatives from Bushmills, Tullamore DEW, Cooley Distillery, and Irish Distillers all approved the final document, but the landscape has changed considerably since then with a score of distilleries emerging in the last decade or so. In the new era, many found this legislation to be restrictive, as well as an inaccurate reflection of the history and tradition of the style.

For what it’s worth, credit must go to Irish Distillers (who declined to comment) for keeping single pot still alive on the world stage with great whiskeys like Redbreast 12 Year Old. But, as Mulryan from Blackwater puts it, the current definition is a child of a monopoly. He’s been outspoken on this issue for some time (his work is essential reading) and states that “in the whole history of the universe (up to 2014 when the GI came into operation), only one distillery ever produced compliant pot still whiskey and that was indeed our pals at Midleton”. Carty concurs: “it was written to suit one organisation’s method of making whiskey, which is also inconsistent with the heritage of mainstream pot still whiskey”.

Delving into the history books

Various examples throughout history support this conclusion, with records of mashbills from 1800-1966 demonstrating that far more than 5% of other grains were common. In Samuel Moorewood’s Surveys of Excise Report (first published in 1824 and updated in 1838), for example, it states that general practice in distilling in Ireland included “roughly 25-43% portion of oats or wheat.” While in 1831 a Board of Excise Report defined the most prevalent Irish pot still mashbill as “2/3 malt and raw barley and 1/3 oats”.

Healy from Clonakilty states that a single pot still whiskey has been released in every decade since the start of the 1900s that would now no longer meet the definition of the category that it came from. He concludes that “the entire foundational point of a European GI is to protect the traditional production methods of a craft and this modern definition certainly did not meet any of the traditional methods,” and adds that the effect of this is not only to deny history, but stifle innovation. 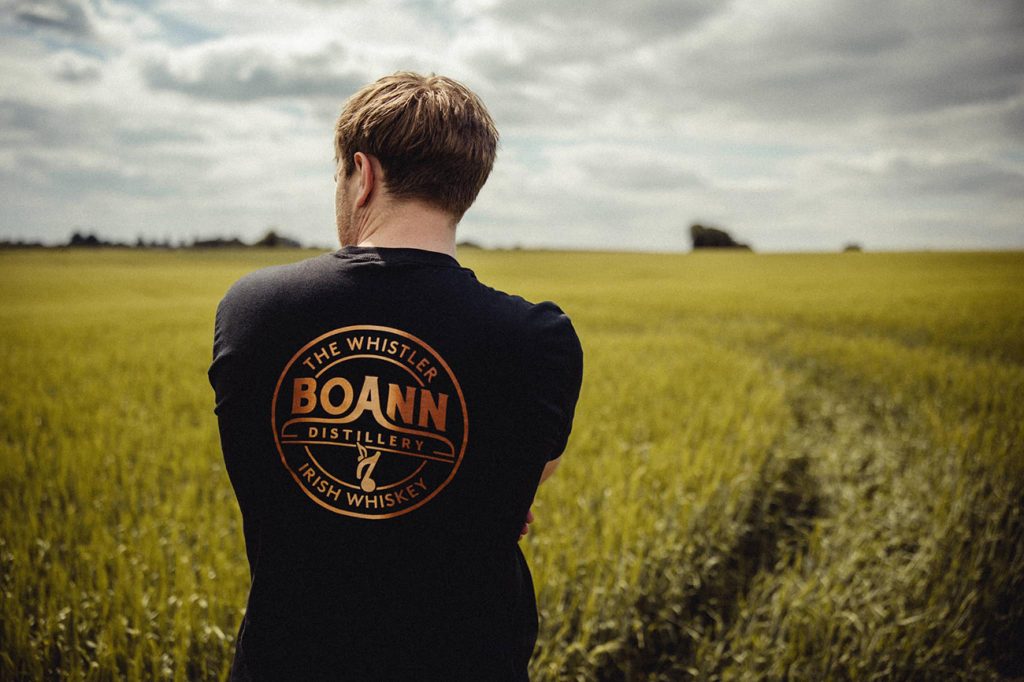 Distilleries such as Boann, Killowen, and Blackwater have been at the forefront of the change

In December 2020, members of the IWA finally agreed that a review was necessary. Updating the legislation has been a heated debate within Irish whiskey for a number of years, but changing a GI is not an easy task and the IWA (unlike the Scotch Whiskey Association) has no statutory powers. Mulryan describes it as a “lobby group with 92% of its funding coming from the four major multinationals”. He adds that “this ‘revisiting’ of the Tech File was only possible because Pernod a.k.a Irish Whiskey PLC were okay with the change”, and that this only occurred thanks to the debate sparked by blogs like his which “made the status quo impossible to hold”.

Healy similarly credits a new wave of Irish whiskey distillers who are looking to “explore the lost culinary history of the Irish distilling landscape” and who have “pushed against this restrictive definition that was supposedly put in place to protect the industry from the outside but instead shackled it from the inside”. He adds that he thinks you’d have a hard time finding anyone to defend not changing it in reality, and gives credit in particular to distilleries in this article. Organisations like the Irish Whiskey Guild (including the likes of Killowen and Blackwater, as well as the  Louise McGuane and Dathai O’Connell) were also crucial according to Carty, who says they’ve done vital work to create “a more integral and inclusive whiskey industry worldwide”.

One person who has helped move the dial as much as anyone is Ph.D. candidate, author, and antiquarian Fionnán O’Connor. Healy and Carty are effusive in their praise for him and “his dedication to this truth”, as the latter puts it. His research into historic Irish whiskey mashbills through tax, distillery, and industrial archives has uncovered a complex and compelling history of Irish whiskey production dating from the late 18th century, through to the first half of the 20th. His work details a rich tapestry of mixed mashbills, and the 30/30/30 rule was one he proposed himself on the basis that it that would encompass nearly all recipes made between 1855 and 1968, as well as accounting for the high oat and wheat mashbills of the early 1800s. Excitingly, he’s been working with Boann to resurrect some of these recipes.

The conclusion of all of this work has been that a category-wide recognition that expansion would more accurately reflect traditional Irish pot still mashbills, with Madigan saying that “it is apparent that the current 5% limit does not accurately reflect the historic gastronomical or industrial history of pot still production”. 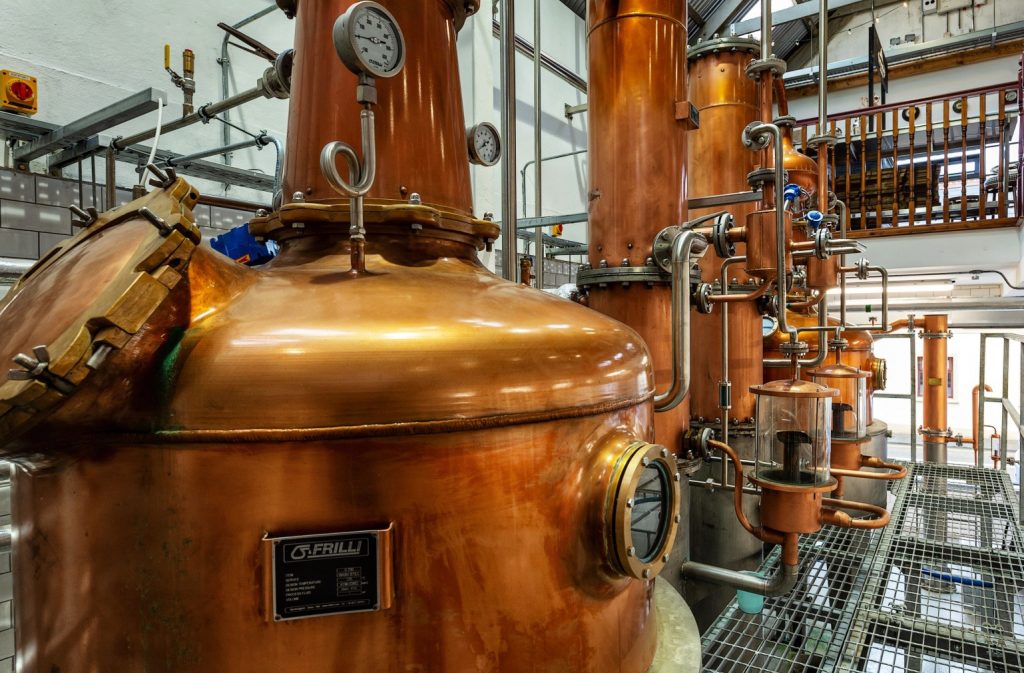 What kind of creations await from distilleries like Blackwater? The category is wide open now

Naturally, an amendment like this will lead to the creation of both entirely new whiskeys and some resurrections of recipes we haven’t seen in a long time. New flavours won’t just be driven by the increase of other cereals, but how each reacts and complements the other grains. Typically we expect oats to add sweet creamy notes, and rye brings spice and menthol elements, for example. But, when these elements are part of a wider mashbill with malted and unmalted barley, combined with modern approaches to methodical and experimental fermentations as well as efficient and quality cask maturation, the potential is endless.

While there’s no singular traditional flavour of Irish whiskey, Healy explains that Irish whiskey was always full of mixed grains, with single malt production never making up more than “5% of whiskey in a year over the last 200 years”. He adds that the island was awash with “a myriad of flavours that changed with the agro-economic forces of the day. Sometimes wheat was up, sometimes oats were down. Blends are a modern invention with their first real foray into the scene in the 1960s and malts in a commercial sense in the 1990s”. His summary is that flavours evolve, and distillers should be excited to be able to resurrect those of centuries past and put a modern twist on them.

Carty, meanwhile, says the history of pot still is more than merely one of excise avoidance, that it is an Irish distilling heritage more complex than single malt. He believes this legislation should be a platform for discovery and that each distillery should boast their own mashbills “as a fine restaurant would their own recipes”. He also comments that we need to be careful not to be nostalgic for a time gone by and that this is not a ‘make America great again’ approach to pot still. “We know the old pot still brings flavours of cantaloupe melon rind, mild spice, and beautiful lathery texture, but things evolve and Ireland now boasts some of the most contemporary distilleries in the world. Killowen’s pot still will be released in April time; it carries more vibrant spice notes than its historical counterparts. Acknowledging our history is vital, mimicking it is not,” he explains. 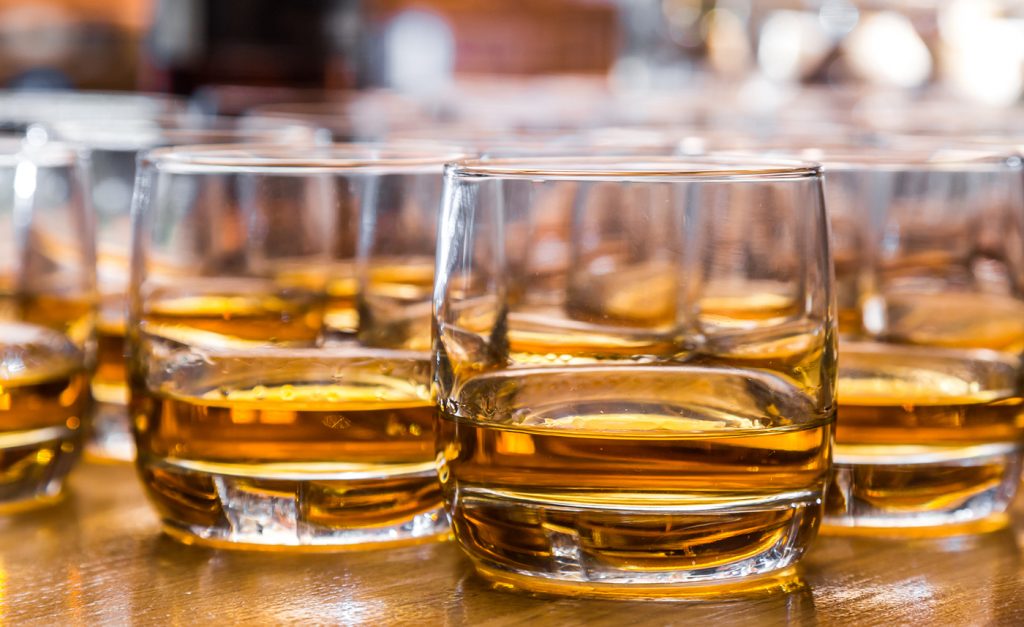 Madigan makes it clear that there are more implications to the amendment as, if adopted, it will allow for “improvements in efficiency in grain Irish whiskey production which accords with traditional practice and supports greater sustainability.” It’s a worthy reminder that pioneering producers of single pot still whiskey have more responsibility than just creating new whiskies. This is a fine opportunity to review sustainable whiskey-making practices, and to respect that what can’t be lost in the rush for new horizons is the quality and integrity of Irish whiskey.

Scotch has demonstrated how crucial legislation can be to upholding a category’s reputation. The concern is newcomers playing fast and loose with the rules. Single pot still is a quintessentially Irish product and devaluing it would have considerable consequences. Midgan, for what it’s worth, says these proposals will not alter “the organoleptic characteristics of Irish whiskey nor alter the prescribed stages of production or the sequence of same and should therefore be given full consideration by the competent authorities”. But we should be vigilant nonetheless. It’s comforting to know, at least, that organisations like the Irish Whiskey Guild and producers like Mulryan have no issue calling out those who would compromise the good name of Irish whiskey.

Ultimately, it’s hard not to be incredibly excited by the potential of this move and heartened by the industry’s efforts to attribute a more historically accurate designation to single pot still. In the mission to spread the good word of Irish whiskey across the globe, this unique style is vital, and being able to communicate to a consumer that there’s a story in their glass that’s full of both tradition and innovation is huge.

Healy concludes that this move enables distillers to show the world what Ireland is capable of. For Carty, this development can be summed up in one word: ‘integrity’. And Mulryan? He says it’s party time.