How Australian whisky-makers harnessed the power of nature

In much the same way that Scotch whiskies are shaped by their location, so too is liquid down under – except Australia happens to be a gargantuan 98 times bigger than Scotland. In part two of our series, Australian distillers reveal how the country’s natural resources influence the taste of their whisky…

Australia’s booze roots lie in spirits production, as we discovered on the blog last month. As modern day distillers flock to reignite its history, could Aussie whisky become the breakout category of the decade?

It certainly has the resources to do so. Australia is one of the largest malting-grade barley producers in the world, with many varieties unique to the country, says Dave Withers, master distiller at New South Wales distillery Archie Rose.

“We work with a number of New South Wales’ farmers to get hold of unique malts which demonstrate regional terroir,” he adds. “It also allows us to develop a relationship with the land and their custodians, exploring ancient and heirloom varieties”. 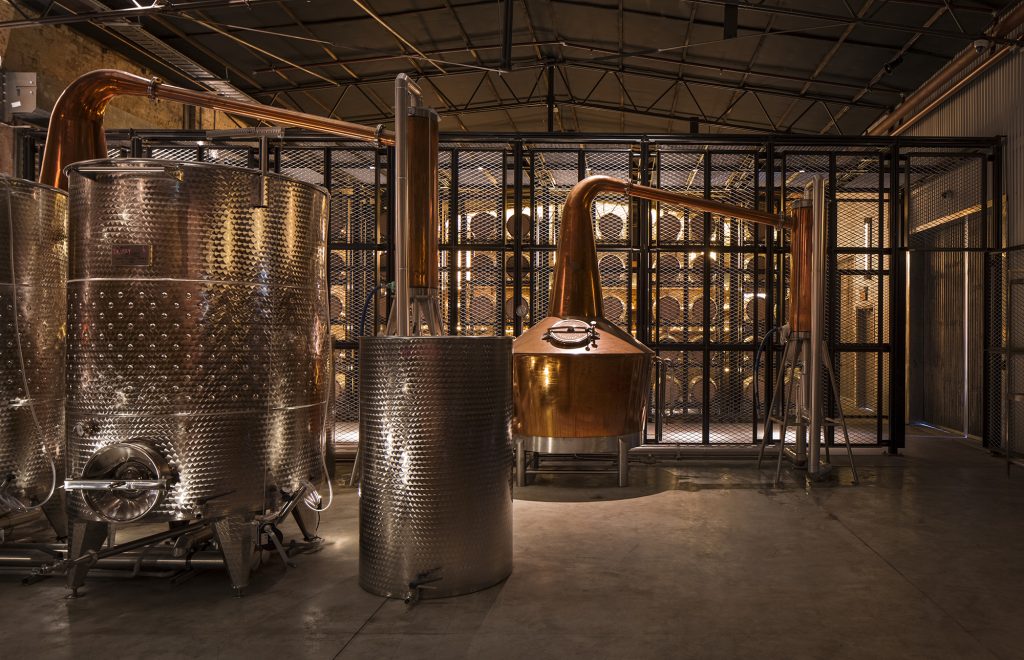 “I think it’s now uncontroversial that just as wine has terroir, so does whisky, and perhaps in more significant ways than wine,” he continues. “We notice changes in grain and the spirit produced, depending on exactly where in Western Australia the grain has been grown, the malting process used as well as the mashing, brewing and distilling processes.” 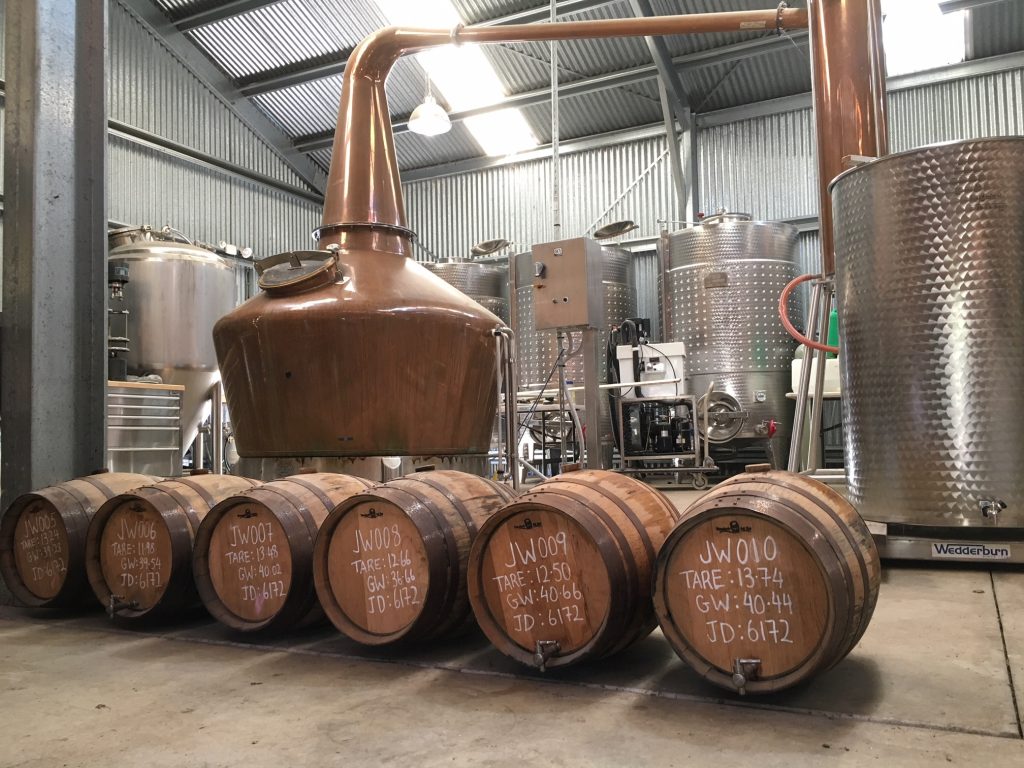 Other distillers, like Valero Jimenez, co-owner of Joadja Distillery and the namesake town it calls home, are exploring the ‘paddock-to-bottle’ route with barley. “We sow and harvest the crop ourselves using our own equipment,” says Jimenez, whose distillery is located on a State Heritage Site in the Southern Highlands of New South Wales.

“Yields are lower than [in] the barley-growing regions, but we are not concerned about yield but rather flavour and provenance,” he explains, adding that his crops are produced without herbicides, insecticides or fungicides. “We believe that whisky should be about the land. The natural resources. The terroir. Otherwise, you may as well just open a factory in an industrial estate!”

It would be remiss to talk about Australia’s natural resources without alluding to its vineyards. The country’s winemaking history has granted distillers access to “some truly fantastic ex-fortified wine casks”, says Withers, particularly ex-Apera. Australia’s answer to sherry, Apera, is made from “a different blend of grapes, but still has many similarities in style”.

Many of these casks have been around for decades – indeed, Archie Rose has filled casks that contained Apera for more than 70 years. “Some of the casks we buy were from the winery which my father worked at 35-odd years ago,” he says. “I like to think that he filled some of them himself. 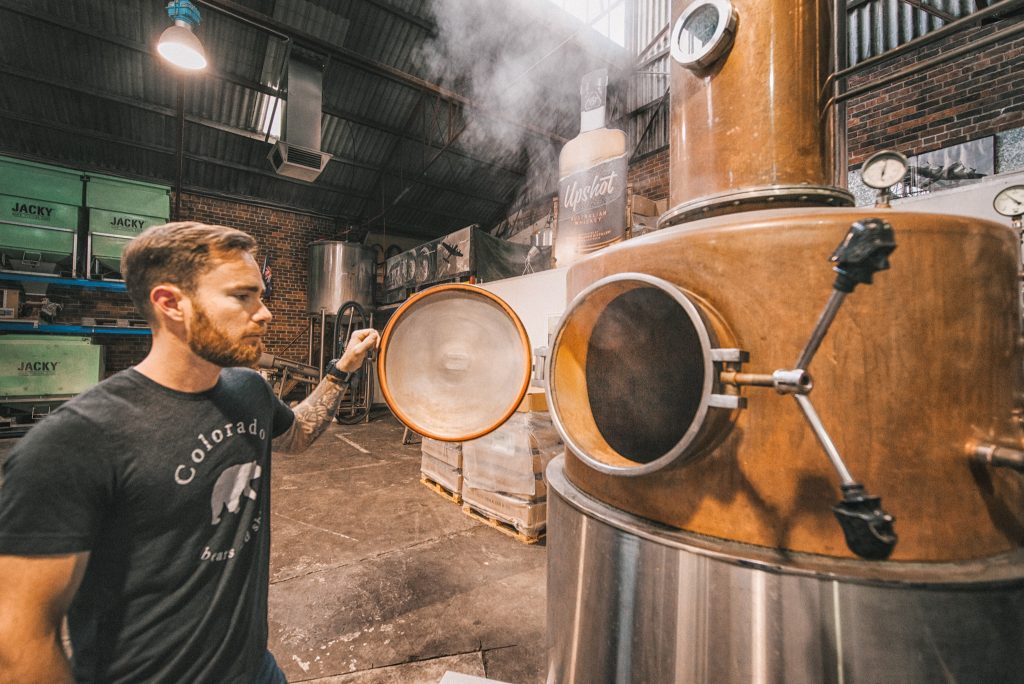 That said, not everyone has taken the traditional route. At Whipper Snapper Distillery, for example, McKeown uses exclusively new American white oak, which “drives out a lot of depth and character in a short time”, particularly during Western Australia’s notoriously hot, dry summers.

For Wild River Mountain Distillery in Queensland, one of Australia’s highest elevated whisky producers, its location 2850 ft above sea level uniquely shapes the flavour of its new make. “At higher altitudes, alcohol boils at a lower temperature, giving us better control of the still and a broader temperature range to work with throughout the distillation process,” explains co-founder, brewer and distiller Wes Marks.

“With this elevation, we experience cool nights year round, and it is common to have daily temperature fluctuations around 20 degrees celsius,” he says. The result? More oak interaction. “During the warm weather the oak expands and the whisky is pushed into the wood. The opposite happens when the weather cools… bringing flavours from the oak to create a heavier, more flavoursome whisky.”

This is true for many distillers, including Black Gate Distillery in central-west New South Wales. “We aim for a whisky style that has a fuller flavour, and this is helped greatly by the fairly extreme climate we live in,” explains owner and distiller Brian Hollingworth.

“Summer temperatures top out at around 43 degrees celsius, while in winter they can drop to around -6 degrees,” he says. “These conditions combined with smaller cask sizes make for a very aggressive spirit maturation with evaporation losses of around 8% per year – do the maths and it becomes clear there will not be any 15 year old whisky produced here.” 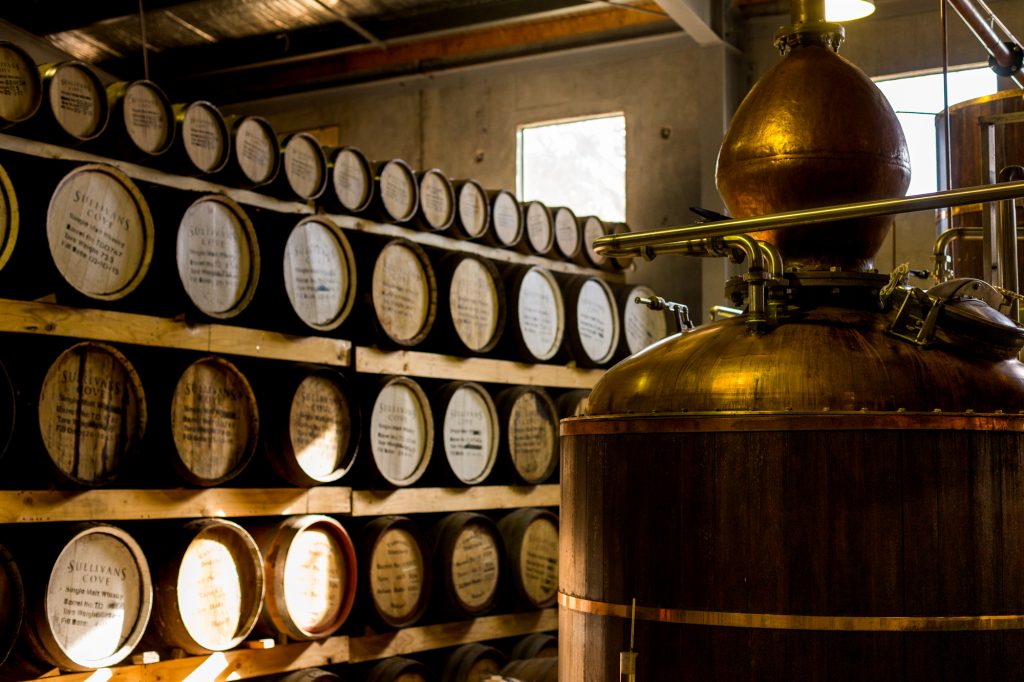 This hot summer-cold winter climate – similar to that of Kentucky in the US – is shared by Victoria-based distillers, too. “It makes the barrels work really hard, expediting the ageing process,” explains Josh Walker, owner and distiller of Timboon Distillery. “I mark on my stock sheets how many summers a whisky has had,” he says. “It’s amazing, but you can taste a barrel in November and think that it’s miles off, and then taste the same barrel in March and it’s nearly ready.”

For others, the climate has a big impact on style, says Gareth Andrews, founder of Fleurieu Distillery in South Australia. “We are one of the very few distilleries located right on the water’s edge, on the coast,” he says. “The air is very humid, and we have a lower angel’s share than other Australian distilleries. Consequently, our summers are cooler and winters are moderate, [so] the barrels work their magic all year round.” This is perhaps reflected in Andrews choice of stills, which he says are “essentially a mathematical ‘clone’ of the spirit still at Caol Ila”.

This “low and slow” approach to ageing is favoured by Tasmanian distiller, Sullivan’s Cove, which has been using full-sized casks to age its whisky since the mid-1990s. The state’s climate is known as ‘coastal temperate’, explains production manager Heather Tillott, and it’s one of the rarest climate types.

“We have lower, more stable temperatures than the rest of Australia, meaning we can age our whiskies more gently over a longer period,” she explains. “It also means we’ve now got the oldest whisky stocks of any Australian distillery, and are bottling on average by far the oldest Australian single malts. Age doesn’t always equal quality, but we do see a big difference in both texture and complexity with extended maturation.”