Five minutes with… Vijay Mudaliar founder of Native in Singapore

No matter where in the world you call home, locally-sourced, seasonal produce is closely linked to culture, heritage and national identity – which is perhaps what makes collaborations between antipodal bar scenes so thrilling. Here’s what happened when Vijay Mudaliar, founder of Native in Singapore, made a beeline for London’s Lyaness with a suitcase filled with calamansi fruit, blue pea flowers and more…

Incorporating seasonal ingredients into cocktails has been a global trend for some time now, and it’s seen many of our favourite libations reinterpreted with a tangible sense of place, through the inclusion of local spirits, homemade tinctures and hand-picked garnishes. Within the veritable melting pot that is Singapore – which this year celebrates its bicentenary – people like Vijay Mudaliar are tuning into the city’s history.

While foraged produce has been part of Native’s philosophy since day dot, the team set out to champion ingredients with cultural heritage too, says Mudaliar. “Singapore is so diverse with so many cultures, and as we move forward, we’re forgetting things that have a link with who we are and ingredients our grandparents used,” he explains. 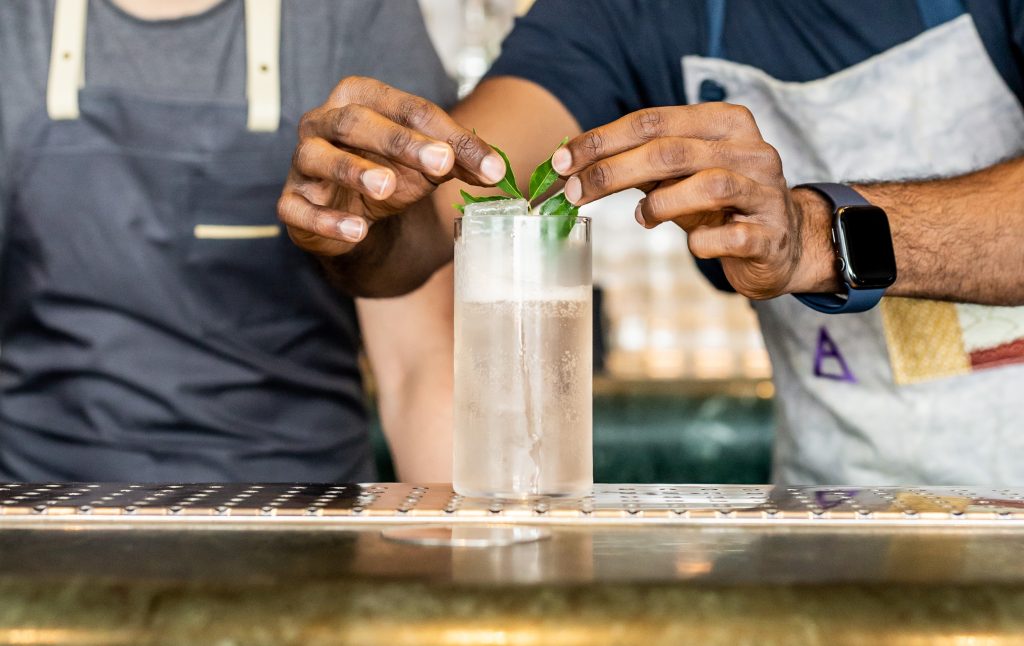 “We’re starting to reintroduce such flavours such as buah keluak, laksa leaves, candlenuts and mango ginger, which tastes like mango. We also enjoy using ingredients Singaporeans take for granted and applying different techniques – making a pandan kombucha for example, or using jackfruit enzymes to split milk.”

Mudaliar is in town for the first in a series of House Party events hosted by Lyaness, which will see the team collaborate with bar friends from across the globe on a series of suggested serves, as well as dishes, stylings, and playlists – in Native’s case, Singaporean hip hop on rotation.

The team sourced an array of phenomenal regional ingredients from their home in Singapore to incorporate into the drinks on their House Party menu. Many plants just don’t exist in the UK, such as kencur, a plant from the ginger family; moringa leaves, which give a grassy flavour reminiscent of matcha; buah keluak, a poisonous black nut made safe through boiling and fermentation; calamansi, a small, sweet lime native to southeast Asia, and torch ginger flower, which is commonly used in a local dish called rojak. 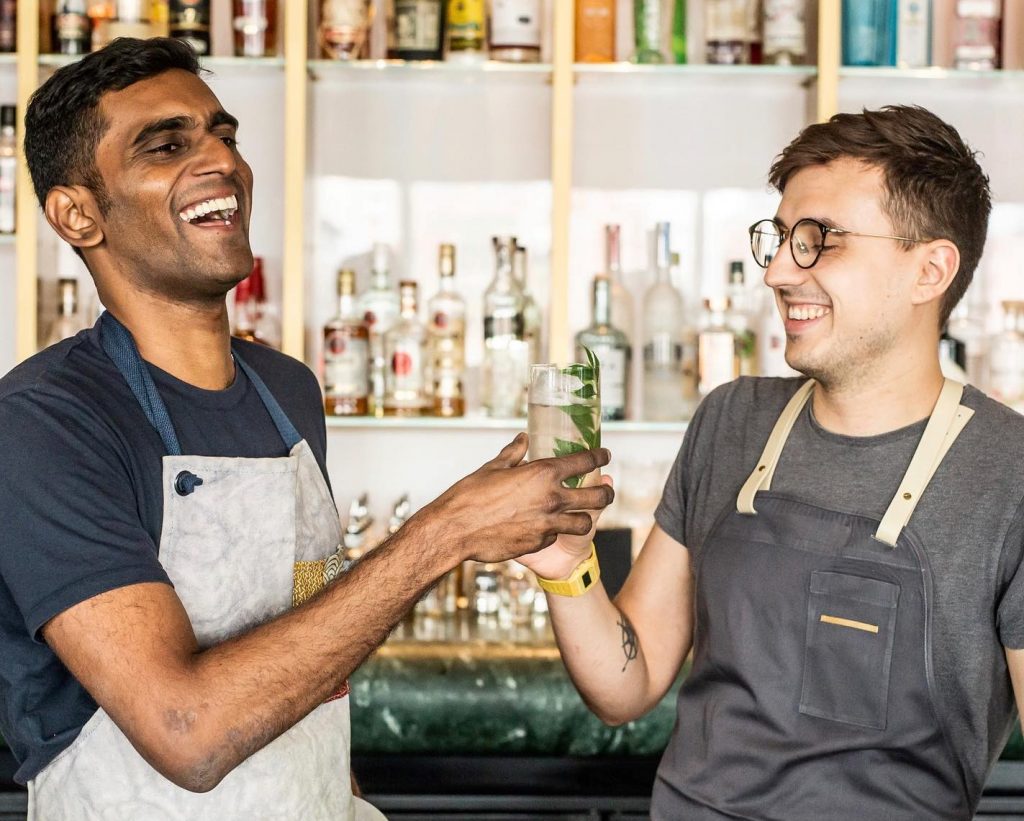 Many made the final list, although not before they were subject to a little bit of bartender magic. Much like Team Lyan, the folks at Native are clever about preserving and prolonging the flavour of their foraged ingredients. “Singapore is tiny, we are in rainforest-weather,” says Mudaliar. “We get tons of variety but little quantity, so we use methods such as distillates, vinegars, kombucha, yeast starters and so on to stretch these flavours out.”

The House Party selection, which can be found in full at the bottom of the page, comprised three of Native’s signatures serves – Peranakan, Pineapple Arrack, and Concrete Jungle – with a further three collaborative inventions with Team Lyan: the Double-Green Gimlet, Butterfly Highball and Stamford Sour.

“Our Peranakan cocktail represents the local Peranakan people – a pidgin culture of different kinds of people, cuisines and ingredients,” says Mudaliar. “It uses a jackfruit rum infusion which we gather from the wild. Laksa leaves, palm sugar, candlenuts, pandan and a local goat’s milk. The enzymes in the jackfruit splits the milk causing a clear drink. Leftover curds end up in a jelly mix with coconut, pandan, blue pea flowers.” 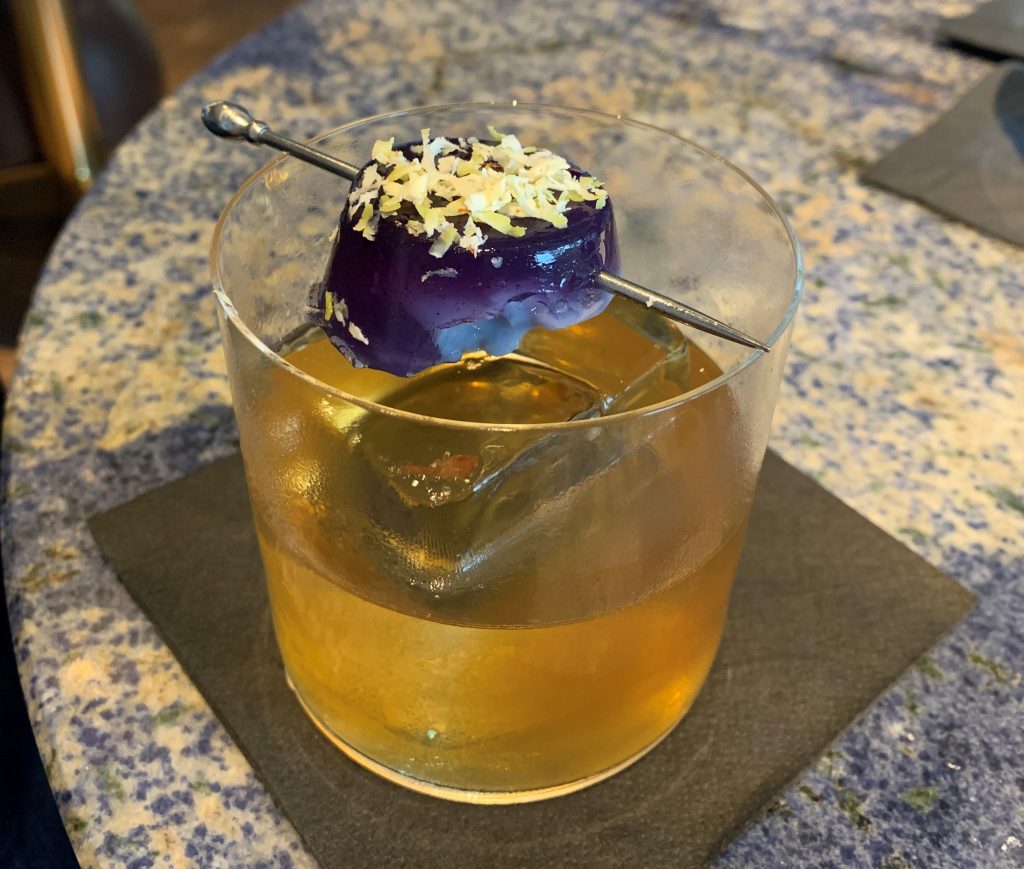 Clever stuff, you’ll agree. It’s a reflection of the city’s progressive cocktail culture, which has come a long way since the Sling was invented. “The bar scene is really diverse with so many international bartenders,” Mudaliar says. “The community is very tight as well. Everyone looks out for one another. You can get pockets of New York, London, Melbourne and of course with the local bartenders pushing the scene.”

And their customers are certainly receptive, too. Singaporean drinking culture has evolved over the last few years – “people are really excited to try anything,” he adds. “They’re open minded, friendly and well travelled. This allows all sorts of new concepts and ideas to pop up and push the scene forward.” If you need us, we’ll be booking flights.

Master of Malt @MasterOfMalt
5 hours ago
Get creative with some deliciously fruity cocktails this summer! With a blend of pot and column still rums, and the flavour of dried and fresh ripe bananas, @HoxtonSpirits Banana Rum is the perfect spirit to get you started.

The winner of our VIP Mortlach competition is...

We put your Ardbeg questions to Mickey Heads!