More Rum Month excitement today: you’ll usually find Ron Zacapa’s Lorena Vásquez blending rums in the Guatemalan mountains, but last week was a little different – on Tuesday, London welcomed the esteemed master blender as she toasted the launch of the Zacapa Zuma Ritual Serves at Knightsbridge restaurant Zuma. MoM sat down with Vásquez to talk about the inner workings of the distillery…

We can’t help but coo as the trio of theatrical cocktails – created by the clever folks at modern Japanese restaurant Zuma using traditional Mayan ingredients – are unveiled. They’re presented in a smoking pyramid-shaped glass box symbolising the ‘House Above the Clouds’; Zacapa’s rum-ageing facility found in the Guatemalan mountains. It was there, 2,300 meters above sea level, that Zuma’s global beverage director James Shearer and global bar development director Jimmy Barrat laid down the foundations of each cocktail. 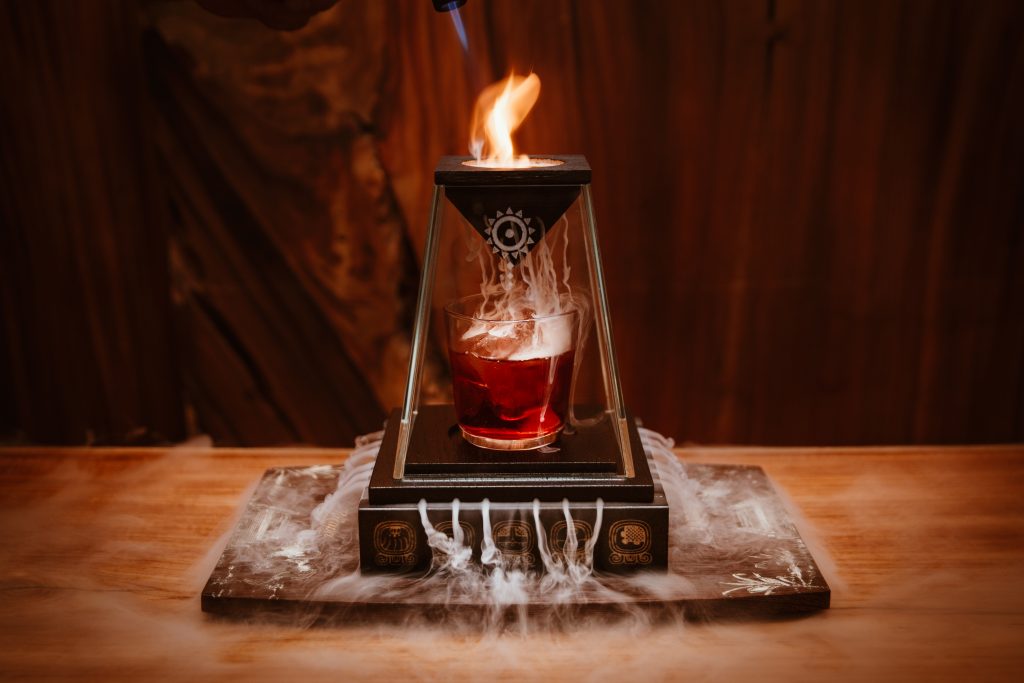 “The life of the Mayan was organised around the four different types of corn: gold, white, red and black,” Barrat told MoM, as we sipped the Imox Negroni, containing roasted black corn-infused vermouth, cocoa nib-infused Campari and Zacapa 23. “These are used during different parts of the day, but mainly according to the different seasons and celebrations. We encountered a lot of Mayan ingredients during the trip, but what we have taken back more is the culture. And that is what we wanted to translate into the serves.”

After sipping a Cib Colada – Zacapa 23 combined with coconut, vanilla, dried yuzu, pineapple, chili, star anise and charcoal, topped with bubbly sake and gold glitter – MoM sat down with Lorena Vásquez, master blender for Ron Zacapa, to talk about the ins-and-outs of the idyllic distillery…

Master of Malt: How did you become a master blender and what was your journey into your current role?

Lorena Vásquez: Ever since I was a child [in Nicaragua] I liked anything to do with smell and taste, so I’ve always had that interest. Then I went to university and studied chemistry and what I enjoyed the most were the sensory aspects. That’s when I got into food technology, and after that I went to Guatemala. My first job was in a brewery but I didn’t want to taste beer every day, it’s not for me. That’s how I got into the rum world, and in September it will be 35 years that I have been working in rum.

MoM: As a former chemist and food technologist, could you talk about some of the transferable skills that apply to your role as master blender?

LV: There are a lot. I always say that life is chemistry and love is chemistry, it’s a chemical reaction. There are chemical reactions in everything. And rum production has a lot to do with chemistry, so it’s helped me to understand the process a lot more. I’ve got the analytical side – the background and training and the chemistry side which is the hard bit – but then I also have a great nose, so it’s a great combination. I will be able to smell the rum and say, ‘ok, there is a problem with the fermentation process’ because I understand all the different compounds that go into producing it. 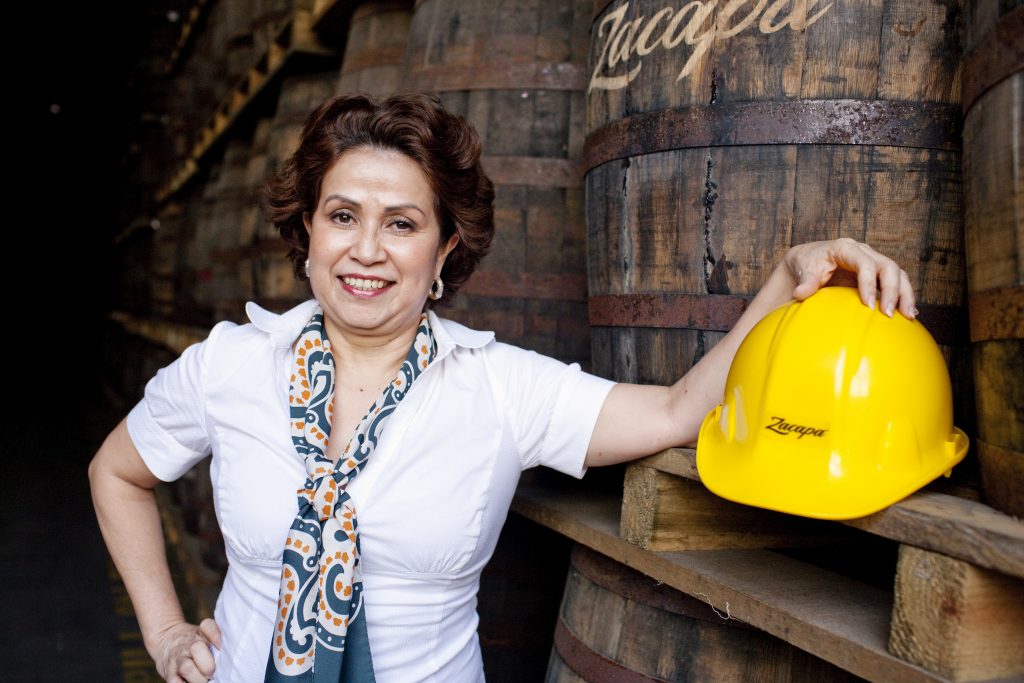 MoM: Right now Zacapa isn’t open to visitors. Could you share a little insight into the inner workings of the distillery?

LV: On the south coast we have the cane plantations, the distillery and the fermentation process and then we age our rums up in the mountains. In a year we’ll be opening a visitor centre at our ageing facility – it’s quite separate to the distillery, and takes around an hour and a half to get to by car. The fermentation and distillation is more of a mechanical process, the ageing process is where the passion comes in. The former is analytical whereas the latter is very creative and personal. Every day we blend rums and we have to try them halfway through the morning and halfway through the afternoon. Each barrel to me is like a living person. It came from a different tree, it was treated differently, and when we fill it with rum we have no idea what’s going to happen. It’s only when we taste it that we know how it has developed, and we are continuously mixing to find the right balance.

MoM: What sets Zacapa apart from other Guatemalan rums?

LV: We start from the cane. People think there’s just one type of sugarcane but there are more than 20 varieties – we use three. We don’t use the same ones other rum distilleries use. In a lot of rums their primary ingredient is molasses but in Ron Zacapa it’s concentrated sugar cane juice and that makes a big difference. Molasses is a byproduct of sugar cane; we’re using the virgin product. The Sistema Solera ageing process we use is very unique, and we age our rums at a high altitude in the mountains, which means they mature slowly. The band around the bottle is made by 900 women who all work from home, they knit the wrap one by one and attach it manually as well. That’s one of the nicest projects I’ve ever been involved with.

MoM: Zuma’s serves are designed to reflect the Sistema Solera ageing process. Could you explain how it works?

LV: It’s similar to making sherry, but ours is slightly different. We start by ageing [new make] in ex-bourbon American oak barrels. After that we take it out of the cask and mix it with old rums. In this second ageing process we use the same type of barrel but char it first for more vanilla, chocolate and toffee flavours. Then we take that rum out and mix it again with older rums. For the final ageing process we use barrels that held aromatic sherry, specifically oloroso. And then we do a final mix in barrels that previously aged Pedro Ximénez wines. It makes the rum much more complex. 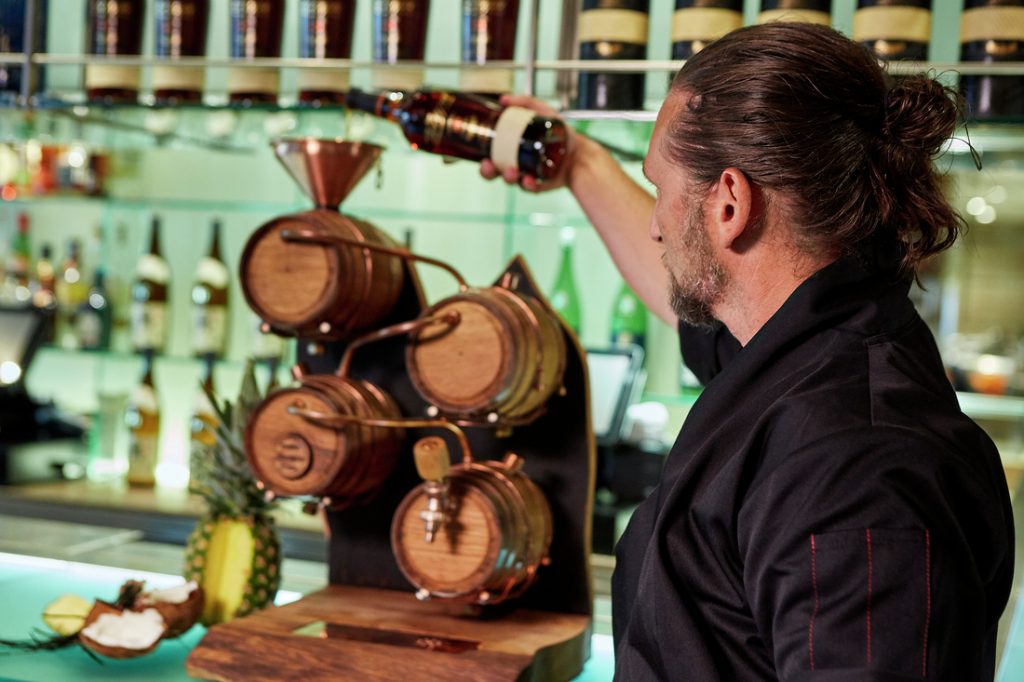 MoM: Could you talk about the town of Zacapa and paint a picture of what life is like there?

LV: It’s a town on the north west of Guatemala, and it’s very hot. The rum is in honour of that town because one of the people who started Ron Zacapa was from Zacapa. We don’t have any operations in Zacapa now, it’s just the name. Zacapa has its origins in the Mayan language and means ‘water that runs over grass’.

MoM: What do you think is driving interest in premium rum and super premium?

LV: When we started with Zacapa I remember two things. People said, ‘a rum produced in Guatemala?’ because everyone thought about rum’s link to the Caribbean – Puerto Rico, the Dominican Republic, Jamaica. The other thing was the price. It was quite hard to break the mentality that you can only drink rum in certain drinks. Zacapa were really the pioneers in trying to re-educate people that rum is not just about beach parties, it’s a premium spirit. After that, all rum producers suddenly had high-end rums.

MoM: There’s always plenty of chatter about rum regulations. Would the category benefit from homogenising rules about production, labelling and so on?

LV: The problem with the rum world is there isn’t just one rule, each country has its own legislation. Years ago they tried to bring in one rum standard, they had lots of meetings in Trinidad and Tobego, but they couldn’t agree on anything. In Guatemala we have a Designation of Origin, so we have government-controlled standards in all our factories. All alcoholic drinks in Guatemala need to be aged and that’s one of the big problems we had with the legislation – because in the Caribbean, white rum isn’t aged and the producers don’t want to change this. I do think the category would benefit from tighter rules and regulations.

LV: It depends on the moment, but I love a Zacapa Old Fashioned or a Zacapa Negroni. I love coffee, so Zacapa and espresso is very good after dinner or lunch. But if I drink it neat? Zacapa XO.

Master of Malt @MasterOfMalt
7 hours ago
A great gift for someone who enjoys brilliantly creamy single malt Scotch whiskies. Which could be yourself, by the way. You can totally give yourself a gift. You might not need to wrap it up or anything, but still.
https://t.co/y00PLuZHI2
View on Twitter
1
4

Master of Malt @MasterOfMalt
9 hours ago
Lots of great ideas for Burns Night drams. Have a gander…
https://t.co/O4bzmlom7n
View on Twitter
0
6

Master of Malt @MasterOfMalt
9 hours ago
With #BurnsNight coming up we thought it a good idea to make a cocktail named after the bard himself, the Bobby Burns. 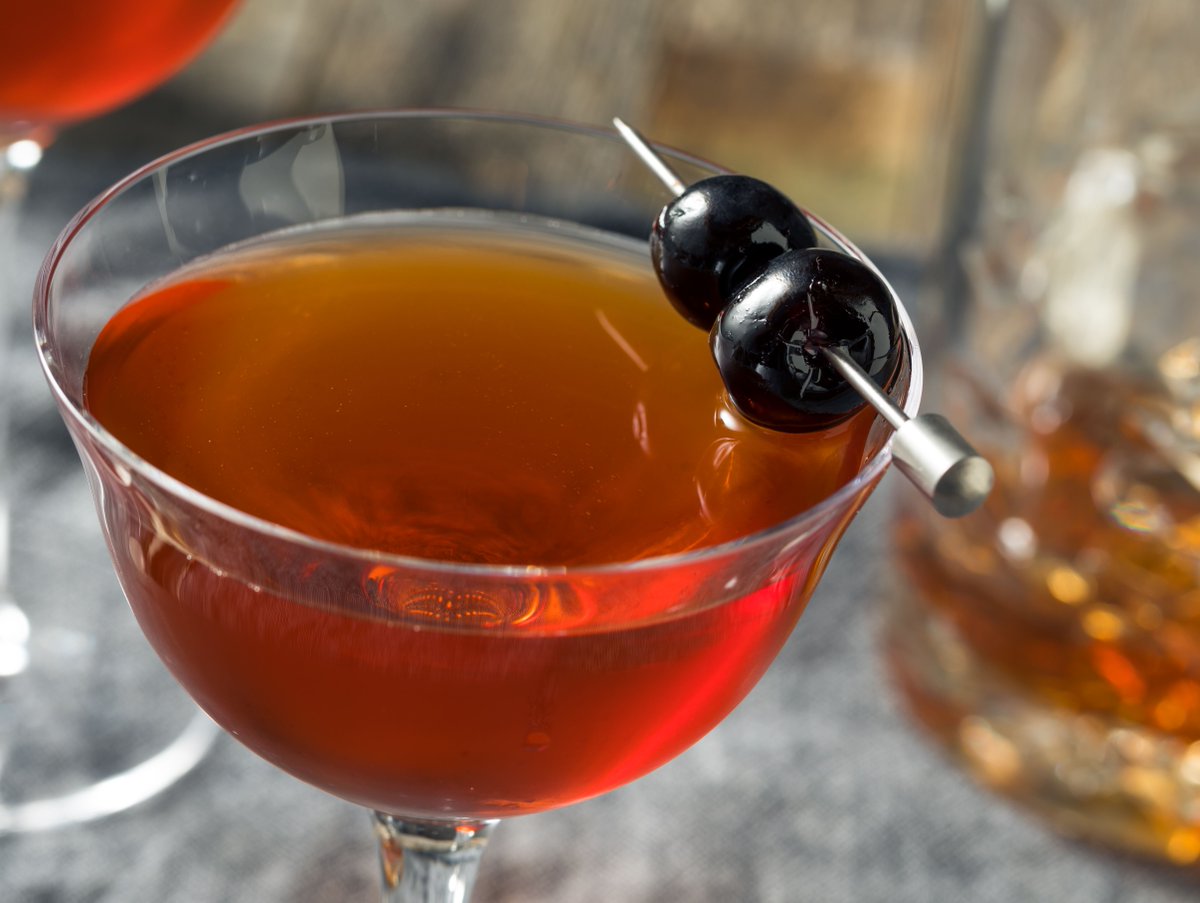 Cocktail of the Week: The Piña Fumada