When the Irish whiskey market collapsed in the early 20th century, distillers, blenders and bottlers on the Emerald Isle were plunged into a century-long decline they’ve only recently began to recover from. In the 1890s the island was home to more than 30 distilleries; by the 1990s, just three remained.

Today, the category is the fastest-growing spirit on the planet, but the after-effects of the bust linger. Today, Irish whiskey can be roughly split across three routes: distillers with mature stock; working distilleries bottling sourced whiskey, and traditional bonders. ‘Old’ and ‘rare’ whiskeys don’t appear too often.

For independent bottler Knappogue Castle Irish Whiskey, however, those words are part of its DNA. In fact Knappogue Castle 1951, bottled by the brand’s founder Mark Edwin Andrews II, is one of the oldest and rarest commercially available Irish whiskies on the market.

If your palate is yet to be acquainted with Knappogue Castle’s portfolio, its whiskeys are triple distilled and aged for a minimum of 12 years in bourbon oak casks. This makes for a “smooth, mellow and well-balanced” dram, Carroll told MoM, with notes of “fruit, vanilla and peppery spice”. Here, he explains how the brand came to be… 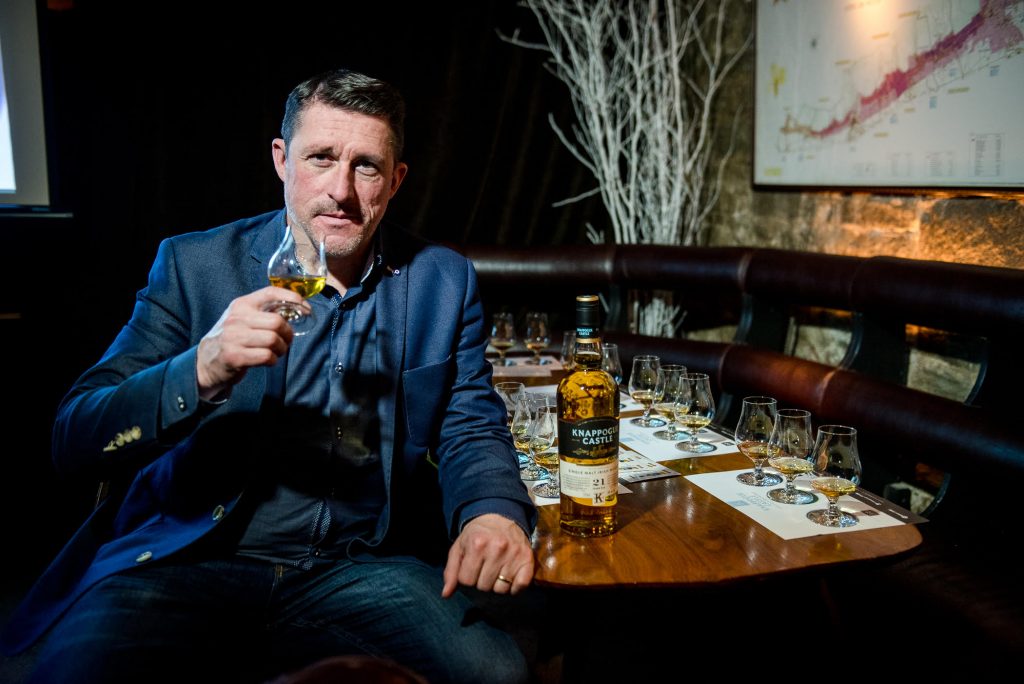 Master of Malt: Knappogue’s founder started ageing whiskey in his eponymous castle way back in the Sixties. Could you tell us how the whiskey became the brand it is today?

Tony Carroll: Knappogue Castle Single Malt Irish Whiskey is named after Knappogue Castle, a 15th century castle in western Ireland, which was restored by Texas native Mark Edwin Andrews II and his wife – a prominent American architect – in 1966. A connoisseur and collector, Andrews amassed an impressive and rare collection of pure pot still Irish whiskey. Purchasing by the cask direct from distillers, primarily from B. Daly Distillery which ceased production in 1954, he aged and then bottled the product under the name Knappogue Castle after his beloved building. Andrews’ last bottling – Knappogue Castle 1951 – was made available to the public for the first time in 1998 by his son, Mark Edwin Andrews III, under Knappogue Castle Spirits – an homage to his father’s legacy. Today, the Knappogue Castle portfolio includes the 1951 and the 12, 14 and 16-year expressions along with a range of different limited releases.

MoM: Knappogue Castle 1951 caught our eye, being one of the oldest and rarest commercially available Irish whiskies on the market – could you talk about the history behind it?

MoM: Irish whiskey very much seems to be focused on innovation at the moment. Could you share some insight about Knappogue’s strapline, “Boldly daring to do things the way they’ve always been done”, and the intention behind it?

TC: The strapline very much reflects the ethos and direction that Knappogue has taken throughout its many years. It was bold and daring of Mark Andrews II to purchase the castle and bring it back to its present glory, and it was bold and daring for Mark Andrews III – our current Knappogue chairman – to take the whiskey to America. But that’s the way Knappogue has always been. It’s that simple.

MoM: We love a bit of history here at MoM towers. Could you tell us an interesting story about Knappogue Castle?

TC: In the early 20th century the castle served as the headquarters of General Michael Brennan and the Irish Free State army in Ireland’s fight for freedom. Maybe this is where Knappogue Castle gets its fighting spirit from.

MoM: We’re dying to know – where does Knappogue source its casks from today?

TC: Knappogue, like all Irish whiskey, is bound by the Irish whiskey technical file, which states that the best cask for ageing Irish whiskey is American white oak that has been maturing bourbon for two years and over. This provides beautiful balance and colouring. With regard to our finishes, we source barrels from Spain, France and Italy to name a few. All these casks have matured either port or wine and each contributes its own very unique taste profile to our Knappogue finishes. But trust me on one thing – they’re bloody lovely. 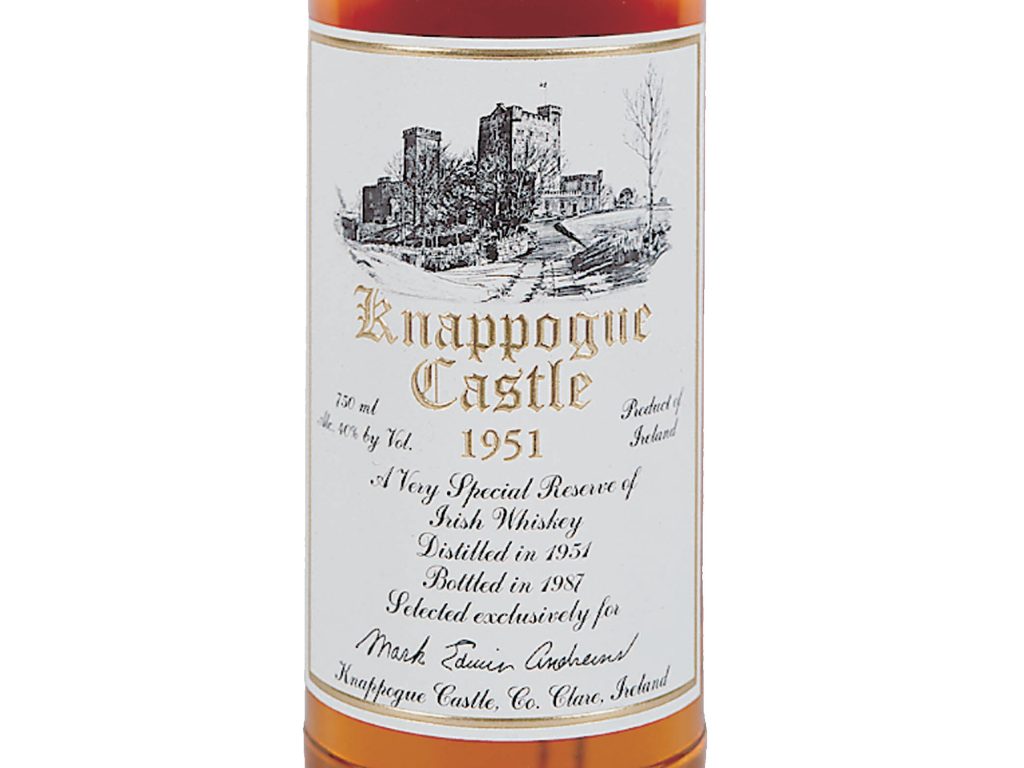 MoM: Could you talk about the most exciting or perhaps unusual projects you have done in the past? And any you have lined up?

KC: The new Cask Finish Series is the latest in Knappogue Castle’s history of successful speciality limited releases. With only 1,020 bottles in production, the latest release is The Château Pichon Baron, which is matured in bourbon barrels for a minimum of 12 years, then further aged in casks from the renowned Bordeaux winery. We also have plans for additional Barolo and Marsala wine cask finished expressions, which will find a home in America, Europe and Asia. Earlier this year we unveiled the 21 Year Old Single Malt edition, too.

MoM: Where is Irish whiskey headed – what do you predict the category will look like in a decade’s time, say?

TC: Right now the growth of Irish whiskey is phenomenal, and it’s down to a number of factors. Most of the growing Irish whiskey markets are well-established Scotch strongholds. Scotch has driven an appetite for high-end whiskey, but nowadays choice is king. Years ago, for example, America didn’t have too much choice… Scotch or beer was pretty much it, but these days with the plentiful supply of Irish whiskies, the consumer gets to choose. Secondly, the age demographic has changed, moving from middle aged men that like a snifter to young 28 to 40 year olds enjoying Irish whiskey in cocktails or on the rocks. The next 10 years will be very much ‘foot to the floor’ as we say here in Ireland, but Irish whiskey is a long game player. It takes 12 to 21 years to produce our current range of Knappogue whiskey, so we will stick to the principles that have served us well over the past years.