Almost by accident, John Little built a business around his ability to sniff out great mature whiskey for his award-winning Old Scout brand. But what happened when other people got in on the act and those sources dried up? We find out. . . .

John Little never intended to go into the whiskey business. He ran a number of ventures in West Virginia with his father-in-law Tag Galyean before founding Smooth Ambler in 2009 to make craft gin and vodka. But when they came across casks of quality mature bourbon that nobody else wanted, they saw an opportunity. According to Little: “A lot of people start businesses and they start sourcing and they create a brand, and if it goes really well maybe they build a distillery. Ours was the opposite story”. The result was Old Scout, a range of sourced mature whiskeys. They quickly built a reputation, winning awards and selling in unexpectedly large quantities. But success brought its own problems as good mature whiskey became harder and harder to source, and the Old Scout brand nearly disappeared. In 2016, Pernod Ricard took a majority stake in the company, with Little staying on as CEO. Since then the company has stabilised, producing a range of whiskeys from bought-in new make and spirits distilled by the team at Smooth Ambler. We talked to Little to find out more. . . 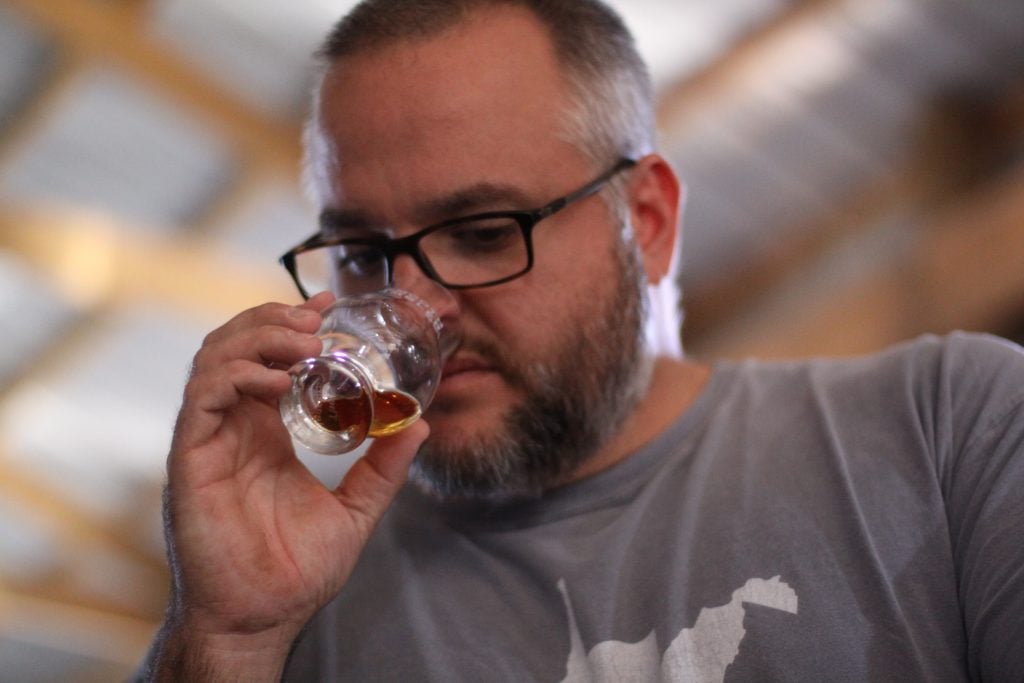 Master of Malt: How are things in West Virginia?

MoM: When did you set up your distillery?

JL: We had the idea in 2008, my father-in-law and I were in a separate business together. We were trying to showcase what we love about living here in West Virginia: clean water, clean air, really wonderful people. It’s a cheap place to buy land so putting some sort of facility here was great. We’re an eight hour drive from 70% of the US population because we’re so close to all these big cities. We looked at making clothes and doing a customer service centre and making furniture. One day my father-in-law saw an article in Time magazine that talked about the growth of the distilling business. Ten days later there was a conference in Louisville Kentucky and that kind of set us on a path to where we are today.

MoM: Were both of you keen whiskey drinkers before?

JL: At the time I was drinking a lot of vodka and some red wine and that was pretty much it at the time, and a little bit of whiskey. Our original business we started off was making vodka and gin. All those craft folks, everybody was trying to figure out how to do the shortest amount of time without any sort of profitability! With vodka and gin you can make it today and sell it tomorrow. When we first started we were making vodka and gin and making whisky whenever we had time; whisky wasn’t the focus. We did that for a while and then realised that vodka sells for one of two reasons: it’s either priced very well or marketed very well and ours was neither. 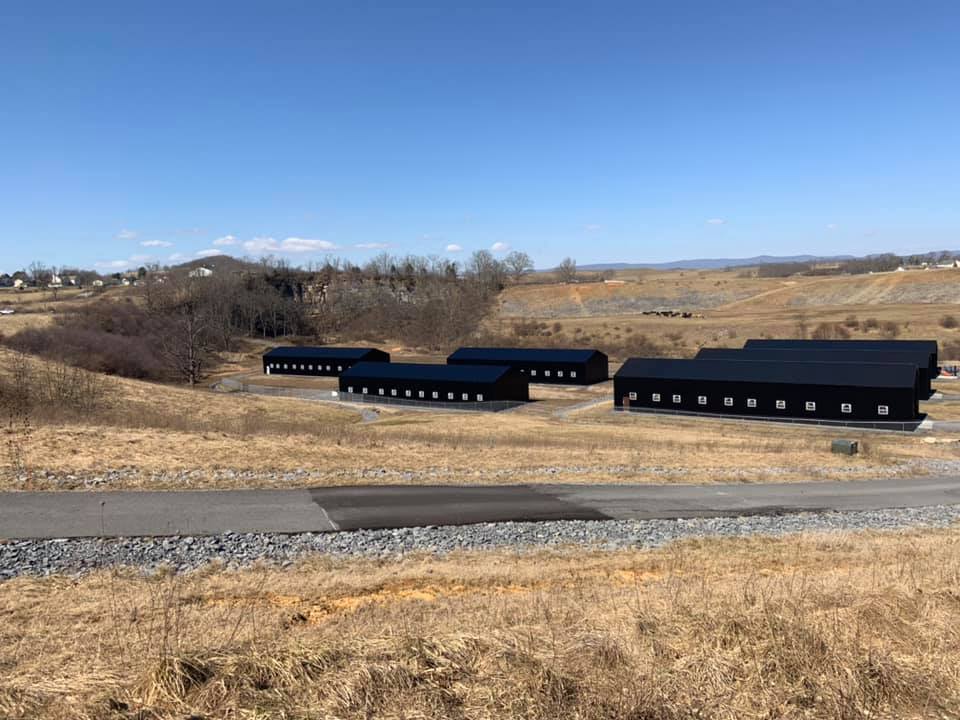 MoM: How did you get into buying casks of mature whiskey?

JL: In 2010 we realised that we needed another still to be efficient. We went to buy a still in Kentucky and I met Richard Wolf. He is a broker, he sells barrels for a living. At the time, late 2010/ early 2011, the bourbon business was much different than it is right now. There was bulk inventory available from probably six or seven different places. And we tasted through some of that. I think the tenth or eleventh sample that we tried was this high-rye mash bill from MGP [Midwest Grain Products of Indiana]. As soon as I nosed it I thought ‘yeah, this is what I’m looking for’.

MoM: Where did the name Old Scout come from?

MoM: How important is it to be honest about where your whiskey comes from?

JL: I want to make sure that we’re being open and honest in running our business, whether it’s about this or anything. That’s the way we try to live our lives and certainly that’s the way we’re going to run the business. I remember we won World’s Best Single Barrel in 2016 [at the World Whiskies Awards] with a single barrel of MGP and people were upset because we didn’t make it. A reporter, Mark Gillespie, asked me about it and I said ‘look, let’s be honest, MGP did the heavy lifting, I just made it available’. We have never lied about it, we have always told people the truth. 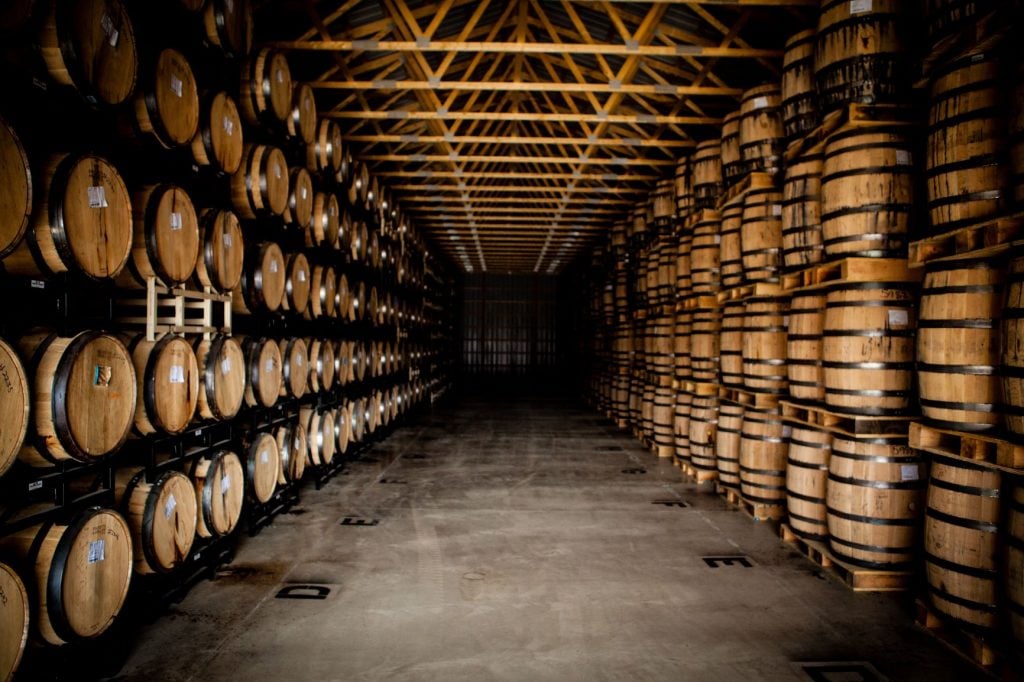 Inside one of the warehouses

MoM: And now that the American whisky boom has happened is it harder to get these whiskies or are they just a lot more expensive?

JL: Well, both! The ability to be able to buy whisky from other people, that went away quickly, in two years, maybe from 2011 to 2013. There just wasn’t stuff out there, people saw what was happening so fast. Investors were buying barrels and trying to flip ‘em. And that’s really what screwed us, right? Well, a lot of things. We made a lot of mistakes early on right, we just didn’t know. Like we bought a bunch of whisky, at one point in time we had about 3,800 barrels, early on. We were tiny – our first still was 175 gallons and we had a little bitty business and we have 3,800 barrels and I thought ‘God, this is going to take a lifetime to sell!’ Turned out it took about three or four years! Our business was booming – Old Scout was just going crazy and the plant was expanding and we were adding people and it was enabling us to do all sorts of other things. We kept thinking there were some deals out there, or strategic partnerships that we were going to make that would give us access to more whiskey. They never really materialised.

MoM: How did this shortage affect the business?

JL: The ability to buy those barrels had gone away. We grew that business explosively from 2011 to 2016, and in 2016 we stopped selling Old Scout Ten, Old Scout Rye and Old Scout Bourbon. We took our three biggest sellers off the market because we just didn’t have the inventory. In 2014, we started buying whisky from MGP but instead of buying it in an aged format we bought it as new-made contract. That whisky that we bought is now just coming available for us at the end of last year. When we first started sourcing Old Scout it was all five years old. Then we went for three years without selling it. From 2016-19 we didn’t have any Old Scout except for a little bit of American Whiskey. And then just last September we bought out some more Old Scout (Revenant) Five Years Old.

JL: No, I can’t taste any difference. When we started selling Old Scout it was five years old, the same age as what we’re selling it right now. The problem is that it aged up. So it was five years old and then it was six years old and then it was seven years old. Well then at the end, when we stopped selling it, some of that whisky was eight, nine, ten years old. We changed it from ‘Five’ to ‘Six’ to ‘Seven’ but by the time we got to ‘Seven’ we were big and we had a lot of distribution so we didn’t want to change it to an ‘Eight year Old’ and we’d have some Seven and some Eight so we just understated the age. We were putting eight, nine, ten year old juice in a seven year old bottle. So if you drank Old Scout in 2016, or whatever was leftover from 2016-17 you were drinking an eight, nine or ten year old product. And if you taste that aside the Old Scout that we’re putting out you say ‘well, it’s good but it’s as good’ because it’s a five year old whisky compared to an eight or nine year old whisky. That’s one of the issues that we have but with Old Scout I didn’t really see a way around it right, unless we waited another four years which is something that we just couldn’t do. 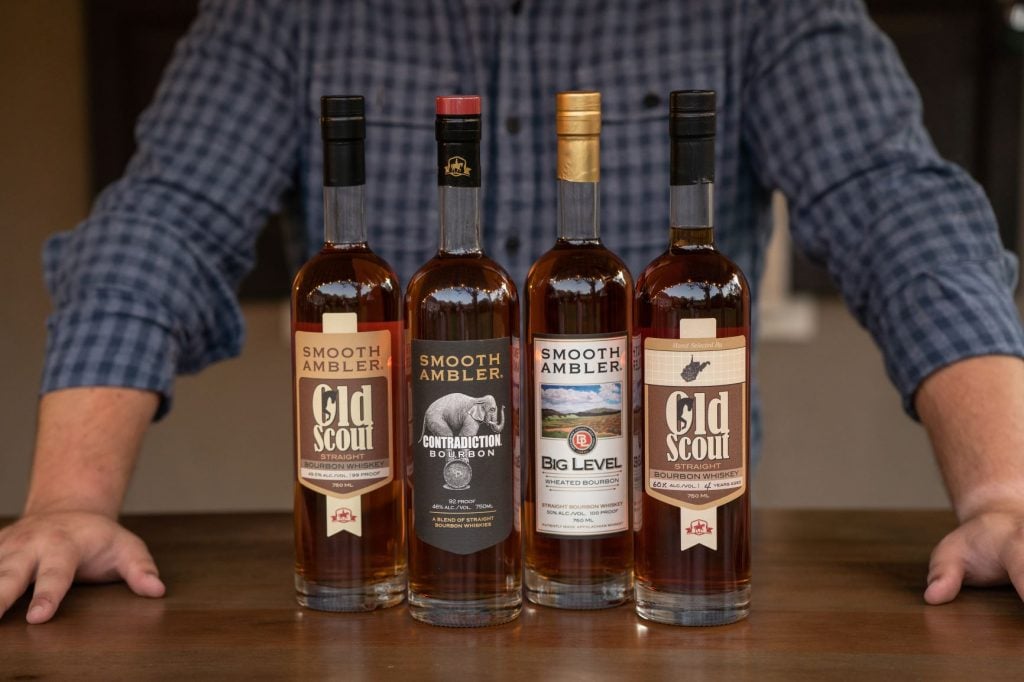 MoM: Have you been distilling your own whisky as well and maturing it alongside Old Scout?

JL: Yeah, we do it for Big Level, which is 100% house-made. We think of our business now in three ways: the stuff we make, Big Level and some other products that aren’t even out yet; the things that we don’t, which is Old Scout; and then in 2013/14 we created a brand called Contradiction, and it’s a blend of things that we make and things that we don’t. That’s where the name came from. We used to primarily make a wheated bourbon, that’s what Big Level is. It’s about a third of what we make and two-thirds sourced. So a wheated bourbon mixed with a bourbon made from rye.

MoM: How has it been working with Pernod Ricard?

JL: There have been some growing pains, mostly from figuring out how a small brands fits in among the big brands. But they have made us a better business, that makes better whiskey, is safer, and more efficient. And they are as much like family as any corporate business can be. We’re proud of our relationship with them.

MoM: And do you still do a vodka or was that left behind?

JL: We stopped selling vodka in 2015-16, and stopped selling gin in 2017. If you go into a store and you have ten minutes of their time, and you only have three things to show them, what do you show ‘em? You show them the three biggest sellers and they were always whisky. So gin was sort of forgotten about. But our gin was delicious and we still have people all the time begging us to make it again. Our response is always ‘well if you had been buying a whole lot more back in the day we wouldn’t have stopped making it!’

MoM: How has the EU/US trade tariffs affected your business?

JL: We’ve had to change our prices on everything, in order to be competitive in the EU and UK. Trade wars, as far as I can tell, are bad for everybody. But you know, I love the market there. London is one of my favourite cities to go to. The best bars in London just also happen to be some of the best bars in the world.

MoM: What are your favourite ways to drink your whiskey?

JL: I’m pretty simple, at home I’ll make bourbon and ginger ale. In a bar I’m going to be pretty basic too. I’ll probably drink it in an Old Fashioned. One of my favourites is a drink called the Brown Derby. A mixture of bourbon, grapefruit and honey, it’s named after a Los Angeles diner that was shaped like a hat, a brown derby [take a look at the picture on Wikipedia].

Smooth Ambler whiskeys are available from Master of Malt.

Cocktail of the Week: The Brazil Basil Smash