Henry Jeffreys
No Comments on Five minutes with. . . Claire Warner of Aecorn

Continuing our Dry January coverage, we talk to Claire Warner, co-founder of Aecorn, the non-alcoholic aperitif from the people who brought you Seedlip, about the burgeoning category, medieval recipes and her views on the competition.

We met with Claire Warner at the newest outpost of Soho Italian deli, Lina Stores, in the former goods yard behind King’s Cross station in London which is now bursting with bars and restaurants. It’s an appropriate choice of venue because Aecorn, a non-alcoholic drink from the people behind Seedlip, is designed to be drunk with food. Londoner born and bred, Warner is an industry veteran having spent 15 years at LVMH working with Belvedere vodka. Aecorn comes in three varieties, Dry, Aromatic and Bitter. The latter two varieties work something like amaro or vermouth, being designed to be mixed; you can make a so-called NOgroni (see what they did there?) with equal parts Seedlip and the two Aecorns. Dry, however, is particularly good drunk neat and chilled as a wine alternative. It’s far more delicious than any non-alcoholic wine that I’ve tried having great acidity, texture and depth of flavour. Over a few glasses, Warner told us a bit more about it. 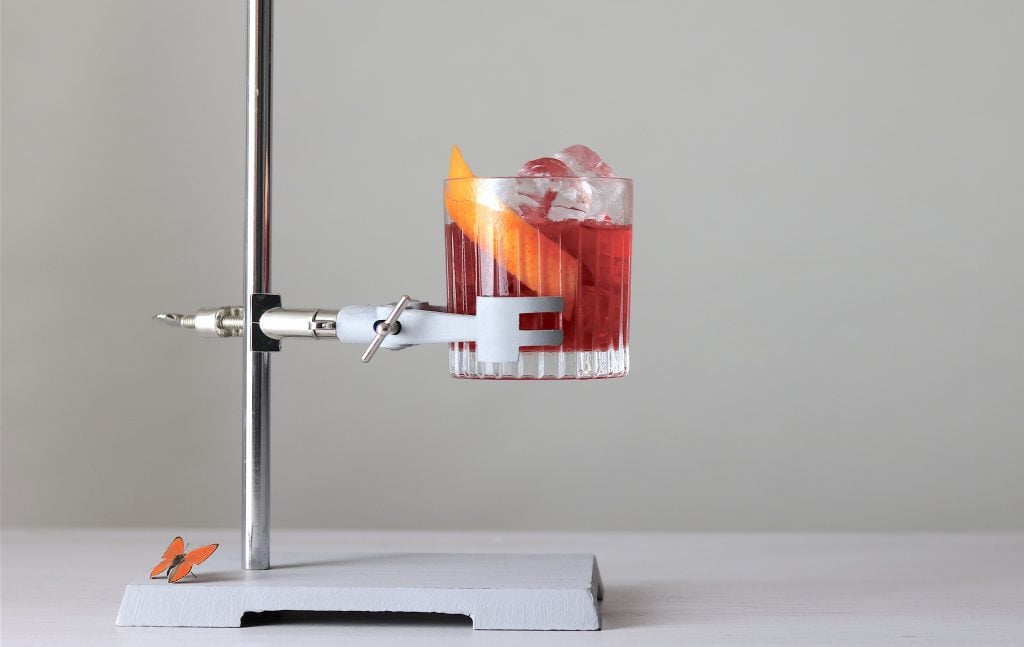 Is that a Negroni? No, it’s a NOgroni

Master of Malt: Where did the idea for Aecorn come from?

Claire Warner: I was really frustrated by how little there was to drink with food specifically when you’re not drinking. And having seen how well Seedlip really articulated that problem, we felt that there was a natural opportunity for us to create something that really was more than non-alcoholic wine. I joined 18 months ago to realise this new brand that would work specifically with food. So we spent some time looking in some old books, and found two things that were interesting: one was the use of verjus in the Middle Ages in the UK when we had lots of grapes, and then also this recipe for acorn wine that we found that was being used as a digestif as it aids digestion. And putting the two things together and thinking actually there’s a real opportunity for us to create a range of products that are inspired by European aperitifs, grape-based with the addition of botanicals to work with food.

MoM: How long did it take to develop?

CW: It took about a year. The whole process. And the liquid development part in particular, I think we take for granted how alcohol works when it comes to stability and extraction and things like flavour profile. We really began with first of all finding English verjus, which was very difficult because there’s not a lot of excess grapes in England. We had to really work hard to find a grower that actually only grows grapes for verjus, so we’ve been very, very lucky. And the verjus gives us a lot of the same sort of mouth feel, structure – the sensation of wine, perhaps – in the mouth.

MoM: Can you explain what verjus is?

CW: Verjus means ‘green juice’ and it is essentially the juice of unripened grapes. We use Chardonnay, Pinot Noir and Meunier that grow in Sussex. And we press them before they change colour, so that we get a lot of beautiful acidity and quite a lot of tannins as well. And we press just before veraison when the grapes are just starting to change colour, so we get some sweetness too. So we get a nice balance between acidity and sweetness. And then we add the botanicals to give us the sort of flavour that you would expect from something that would work with food. In the case of this, we’ve got lots of green herbaceous notes, a little bit of salinity as well, lots of astringency from black tea and the grapes that we use, so all in all it’s a really sort of dry and fresh, green, herbaceous drink that you could have with food. And then the Aromatic is much more, aromatic, and it’s got vanilla and kola nut and clove and cassia, so really rich and indulgent flavours that work at the end of the meal. 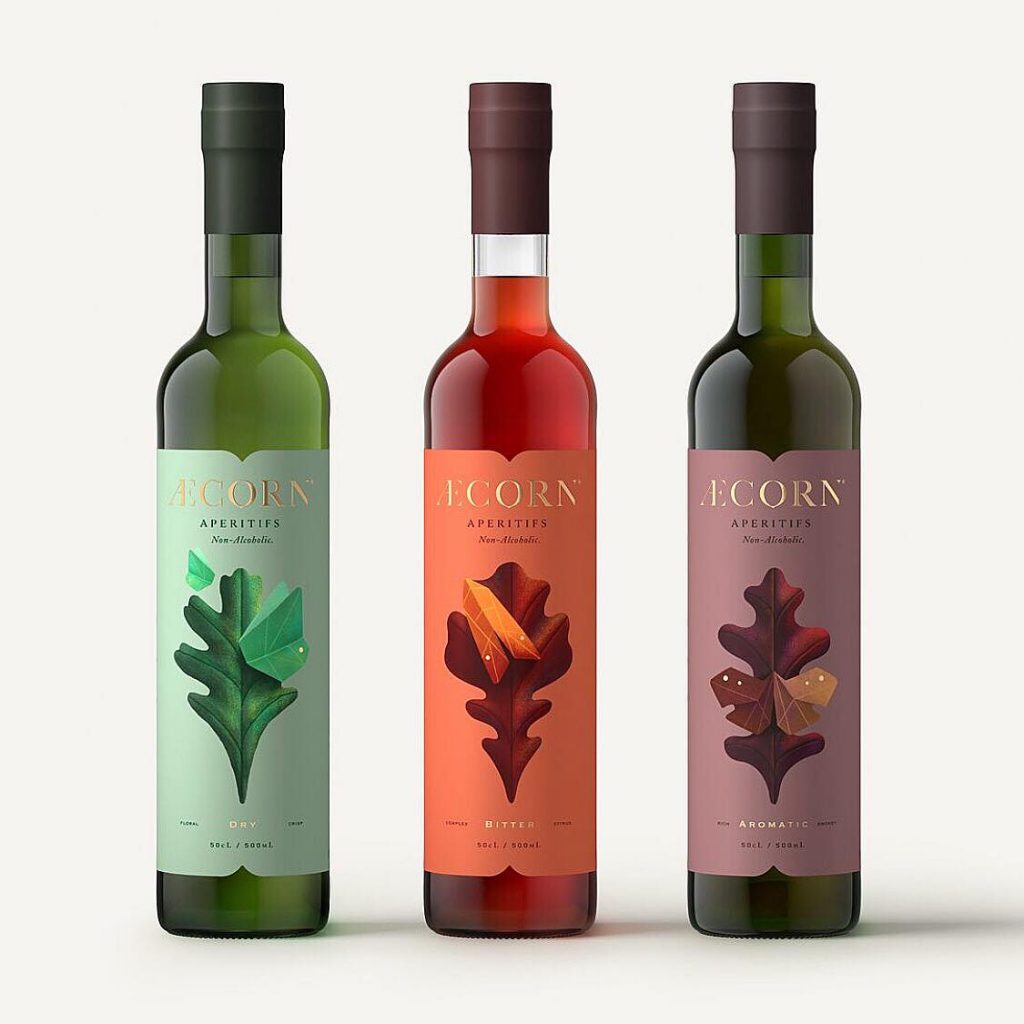 MoM: There are three varieties aren’t there?

CW: There’s three and the third is bitter, which is bitter, and behaves much more like the traditional Italian bitter liqueur, so lots of orange, grapefruit, gentian. And then what runs through all of them is the eponymous acorns, so we do use acorns for some of the bitterness and some of the tannins as well. And tannins are super important for something that doesn’t have alcohol, because it creates that sort of same structure in the mouth as you would expect from wine.

MoM: It’s quite a new category, do you think there’s masses of untapped potential here?

CW: I think we’ve just scratched the surface with what’s possible. Unlike many new innovations in the spirits world, it is really driven by consumer demand. It’s the consumer that’s really wanting something grown up, sophisticated, complex that they can have in a bar environment or in a restaurant.

MoM: Do you think it’s more of a drink for the on-trade?

CW: I don’t. The demand has been driven by the consumer in the off-trade and that’s certainly where Seedlip started its journey, with it being launched in Selfridges and we also were launched in Selfridges. But I think as more bars and the on-trade really recognise that there’s a demand for great non-alcoholic options, we’re seeing the on trade adopt Aecorn. Of course, Seedlip has been around for four years now, so it started out with Seedlip and now there’s a proliferation of non-alc options, the on-trade are absolutely getting on board with this as something the consumer is looking for. I think in the future we want to become almost ambivalent about the alcohol content and really focussing on flavour as the key driver for people who are interested in food. So foodies are a really great target for us, people who just love food, love flavour, love eating out, love entertaining and yes if there’s something for those people who are not drinking, Aecorn is the solution.

MoM: Have you been pleased to see how many rivals you have these days? Do you think that’s all good for the category?

CW: There are a lot. And of course back to your earlier question, is there opening up an opportunity? I think that’s evidenced by how many new brands are being launched, it feels like there’s sort of one a second. I think now because the consumer’s demanding of new experiences, then absolutely, there’s new competitors coming into the marketplace. I would say that there are some great options and there are some ‘less than great’ options, and unfortunately for a very new category, you know what’s important for us is that we maintain our quality credentials because as the pioneers of this category we have a responsibility to ensure that the consumer gets a great experience every time they come to Seedlip or Aecorn. So that for us is super important, the stability factor, the consistency factor – to make sure the liquid tastes as great as the day when you opened it to the day when you finish the bottle. 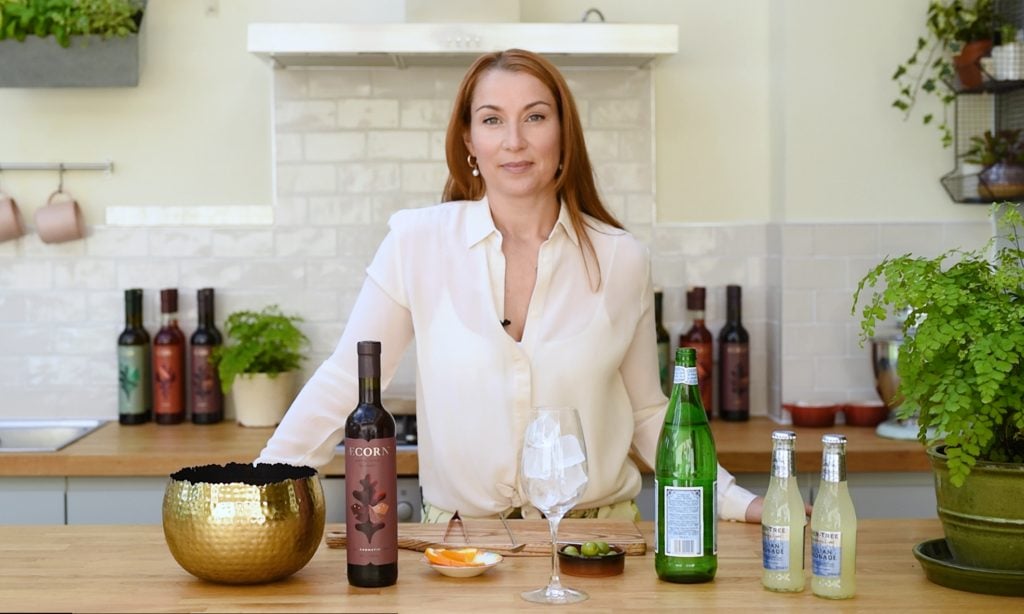 MoM: Tell me a bit about Diageo, because they now have a majority stake in the business. That must give you a lot of muscle behind you?

To quote Ben, ‘it really puts the wind in our sails’ and you know, to have the world’s largest spirits company believe in this category also underscores your earlier question about the opportunity I feel, so yes, absolutely, it’s wonderful to work with them.

MoM: The price is quite high, considering you don’t have duty or anything like that on it. Is that a deliberate positioning thing?

CW: It’s interesting that it’s a question that is asked frequently. For us, we start with a very expensive base in verjus that’s pretty rare – I mean there’s only one verjus producer in the UK. So our cost of goods are elevated and we use incredibly high quality ingredients because there’s no hiding place in something that’s non-alcoholic. The quality hopefully should shine through in the delivery of the flavours and all the ingredients that we’re using. We also, in order to extract in the best way, alcohol is used for some of the ingredients earlier on in the process, so there is a cost involved in the alcohol we use further up the supply chain. So all in all, it contributes to the price point. It’s not as though we’re deliberately elevating the price in order to take all of the margin. It’s actually that the costs of making something delicious, complex, non-alcoholic and stable has a cost.

MoM: What next for Aecorn?

CW: It’s really just to kind of continue building the brand in the right way, working with people like Lina Stores and all the other kind of great bars and restaurants that we have in the UK, continuing to really work with our grocery partners such as Ocado and Waitrose, to ensure that the consumer can access Aecorn anywhere in the UK. And then to work collaboratively with Seedlip, so the NOgroni is a really great example of that sort of cross-brand collaboration which has been super successful.

What we learned at Armagnac Academy

Check out our winter spirits sale!