In this final issue of Tales From The Isle everybody was very much in the mood for the upcoming football extravaganza. You must know about the huge sports competition that’s now upon us and that everybody has been talking about all around the world – that’s right, it’s the The Ultimate Ardbeg Distillery Swamp Football Tournament!

Ardbeg Day is celebrated all over the world, not least at the distillery on Islay as part of Fèis Ìle. It’s also fair to say that when Ardbeg do something, they do it properly, so there’s an awful lot to tell you about here. I’d packed my yellow and blue havaianas and a Brazuca football, but there’s always still time for a beastie or two as well…

Easily the best football commercial of the summer so far.

There’s a World Cup in Brazil coming too, obviously. You can tell because mainstream lager cans are gold (like an expensive promo Auriverdes), bottled water has ‘a touch of coco pineapple’ and chocolate peanuts now only come in yellow, green and blue. As I mentioned in my Ballantine’s Brasil post a while back though, Scotland and Brazil have a long history when it comes to the World Cup so even if the Scottish team aren’t off to South America this summer, perhaps ‘world cup Scotch’ releases/days aren’t completely mental. Auriverdes, of course, means ‘gold and greens’, which is a name used to refer to many of Brazil’s sports teams including their iconic footballers. Before we dive into all the excellent football and whisky related action and today’s chilling tale however, I should share something else with you quickly. We appear to have become ‘glamorous’ page 3 models:

“Oh bollards!”
(If you weren’t on Islay then this will make more sense if you’ve read the blog post from Bowmore Day, or if you click on the image for a larger version where you can read the caption.)

Naturally, as this is Ardbeg’s distillery day, the tale I’m going to share is that of the encounter with the Beastie up at Airigh Nam Beist (the ‘shelter of the beast’). It’s said that one night when three workers from Ardbeg’s night shift were sent into the hills above the distillery to investigate what was blocking the water supply, they returned with a yarn that few would believe. The fact that it took three men to check a watercourse points to a fear already held in days past when it came to said hills, but none could ever have expected what they claimed to have discovered…

Upon approaching the small, secondary loch that lies downstream from Loch Uigeadail (itself meaning ‘dark and mysterious place’) they heard a strange, guttural bleating and felt obliged to investigate. A ram stuck in the bog, perhaps? Their suspicions seemed to have been confirmed as they found a head with what appeared to be a pair of ram’s horns struggling at the edge of the water in the half-light. Downing their lamps they helped the animal struggle free before an ungodly stench filled the air and the creature stood to it’s full height – some eight feet or so – and stood up naturally upon two legs! It was covered in peat but both thick fur and bone could be seen between tooth and claw, and that smell, still filling the air, it seemed to turn the very air they were breathing into a poisonous fume. Letting out a blood-chilling roar the beast looked deep into one of the poor distillery worker’s eyes before disappearing into the night. The three men returned, visibly shaken to their very cores, and the poor chap who’d supposedly locked eyes with the abomination is said to have died within a week of the horrific encounter.

Of course, if this had happened after 2001 – after Tom Bombadil had moved to Islay because Peter Jackson had him deported from New Zealand during his re-writing of Tolkien – then ol’ Bombadil probably could have stepped in before things got all serious.

I only mention it because we actually found Tom Bombadil’s house the other day.

Alright, it’s actually the barbecue hut at the house we’ve been staying in since Friday. Nice. It’s at the end of the garden where we’ve been taking our festival bottling shots for the last couple of days, including this Ardbeg Auriverdes:

It’s much closer to the simply outstanding Ardbeg 10 Year Old than many of the more zany special releases in recent years. The difference here is that some of the bourbon casks used had specially toasted ends that are said to add some mocha notes into the proceedings. The name, of course, is not just a reference to Brazil, but also to the gold whisky and classic green bottle.

6,660 (careful, nearly the number of the beast!) of these beauties have been produced. Here’s Ben’s comprehensive tasting note from back when we received a gold bottle (an Auriauri?) and immediately cracked it open to try some a few weeks back:

Nose: Smoked bacon, Tarry ropes on a not-long-dry seashore. Loads of Vanilla. Pomegranates, Fizzy-sweets (refreshers, Sherbet Lemons) and Lemon-zest. Not convinced I’d have got Mocha, if not for the autosuggestion, but it’s definitely there now I think about it.

Palate: Initially sweet, restrained, more of that bacon, but this time it’s been cured with Muscovado sugar and maybe a touch of Juniper? Progresses through the inevitable onslaught of peat, but it’s there in a slightly different way – more ‘high’, medicinal phenols than we’ve come to expect with Ardbeg. From the palate alone, I’m not even sure I’d peg this as Ardbeg – I might be tempted to go two distilleries further down the coast…

Overall: It’s good. Funnily though, as the spirit’s not being bombarded with finishes/extreme cask-techniques the difference between this and the 10yo is strangely pronounced. There are palpable elements of Bowmore, and Laphroaig in this dram, whilst it does absolutely retain the overall Ardbeg character we know and love. To my mind that’s a good thing.

How much is that bottle worth then?!

If you’re wondering how we think the Auriverdes holds up against the other releases this week, we reckon it’s up there with the Lagavulin and the Kilchoman. It’s lovely, lovely stuff. The good news is that we’re getting a proper allocation of these on the site soon so keep your eyes peeled around the 20th(ish) June as they probably won’t last too long!

This particular ‘beist’ was a bit bullish, but we managed to get a couple past him.

One of the first things we noticed as we pulled into the Ardbeg car park was the chap selling Arbroath Smokies. Iain Spink was pulling them out of the smoke that was billowing from a bourbon barrel and an Oloroso Sherry cask – it was a suitably impressive start to the day that made Ben in particular a very happy boy.

Meanwhile The Blueswater from Edinburgh were doing their thing on stage, belting out a truck-load of my favourite songs such as Spoonful and Chain of Fools. Shit hot, and we’d only just arrived!

A truck-load of The Blueswater.

Ben and I then took our place at the Knock Out Tasting – guess the vintage of the Ardbeg expressions in front of you aided only by some football trivia clues. Now, if you read the Ballantine’s Brasil post mentioned above, you’ll know that I like a bit of football me. In fact, I even claimed in that post to be a bit of a Statto, something I now very much regret. All I had to do was get the year that Luis Figo signed for Real Madrid correct and we would have won. Never did like that Luis Figo (not true).

Yeah, so Ben wouldn’t let me cheat either… The other two were right though.

The disappointment was luckily short lived (although I’ll still justifiably never fully live it down) as we soon bumped into a poochie! (Something a Fèis Ìle trip wouldn’t be complete without.) An awesome little Shiba Inu poochie at that…

Shortie may actually have perished, but long live ArdDoge!

We even caught up with the award-winning Head Coach and Manager of the Ardbeg team who was more than happy to sign our Brazuca.

Throughout the week Ardbeg also ran a competition where they hid footballs around the island and you had to try and find them. Now that almost sounds familiar…

As the day wore on there was still the small matter of the The Ultimate Ardbeg Distillery Swamp Football Tournament still to come, where the winner would receive the Ardbeg Peat Football World Cup! We decided that what they probably needed and wanted was somebody to check the pitch prior to the final watering…

A “Keep off the grass” sign would be fairly redundant here.

Don’t know what all the fuss is about, it’s like a bowling green. Sort of.

The overall winners on the day should consider entering the Swamp Soccer World Cup later in the summer. It’s sponsored, naturally, by those peat bog lovers from Ardbeg. Here’s the nonsense they’d have to look forward to expertly narrated:

“We can’t imagine what awards the ‘weird game’ has actually won, unless they give out silverware for almost drowning in stupid.”

Well, that’s about it for another year – I’m sure we’ll do a whisky round-up in a single post at some point but right now I’m off to the Isle of Man for the TT. Oh, I almost forgot, it also wouldn’t be a trip to Fèis Ìle without at least one of these:

Until next year Islay!

Master of Malt @MasterOfMalt
1 hour ago
#BurnsNight is perhaps the best excuse we get all year to splash out on a seriously good bottle of Scotch, which is why we’ve rounded up this delightful range of festive fancies. https://t.co/y2yu0JcoGX
View on Twitter
0
0

Master of Malt @MasterOfMalt
4 hours ago
This week on the Nightcap, big stories from @BuffaloTrace and @bigdropbrewco plus more #BurnsNight stuff than you can shake a stick at.

Master of Malt @MasterOfMalt
7 hours ago
Make a splash in your drinks cabinet thanks to Mermaid #Gin from Sweet Little Drinks! Seriously, the bottle is literally shaped like a mermaid. 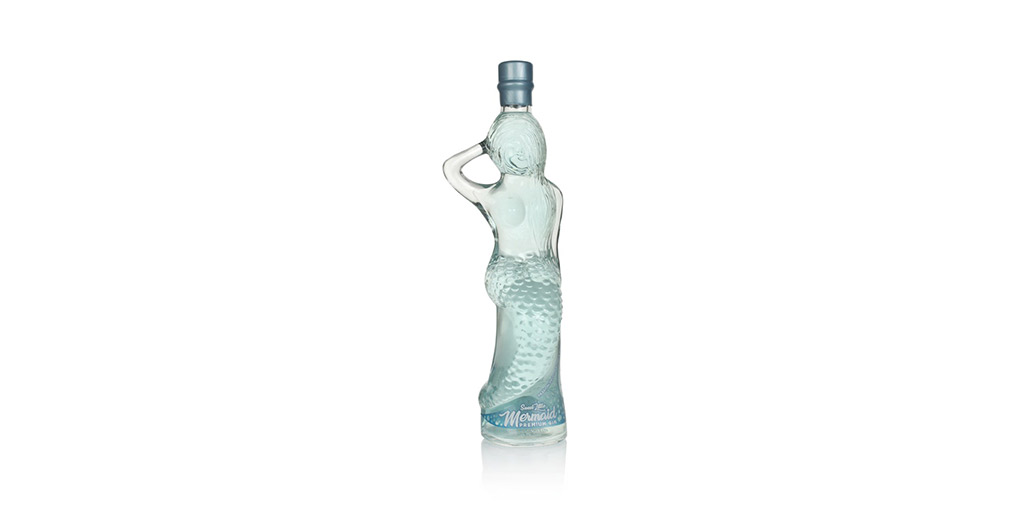