Hang on to your hats because there’s a new whisky film coming to a screen near you. On the eve of the national release of The Amber Light, we talk to its creator Dave Broom about Scotland, music and, of course, whisky. Sláinte!

There’s been a few whisky films recently, The Golden Dram and The Water of Life both came out this year, but according to Dave Broom, The Amber Light (released 22 November) is does something a little different. Rather than being about how whisky is made, Broom said:  “What we wanted to do with the film was look at whisky as a cultural product rather than just going through the process. We looked at the story of whisky and its ongoing relationship with Scottish culture. That’s myth, legend, literature, poetry, song, music etc. All the way from the early, early days right up to contemporary times.” That’s a lot to get into an hour and a half.

So rather than the usual industry stalwarts, Broom and director Adam Park have spoken to writers like Ian Rankin and Alasdair Gray, as well as musicians such as Rachel Newton, James Yorkston and King Creosote, for their views on whisky and Scotland. This link goes back a long way: “The earliest references to whisky and whisky consumption come in Gaelic poetry which is effectively song,” Broom told me. As he puts it, whisky is “part of the heartbeat” of Scotland, “it is absolutely integral to Scotland’s identity and I think it’s played an incredibly important role in helping to be the fuel for artistic and creative enterprises through the years. So whether overtly or whether sitting there in the background: whisky is part of our story. It has a positive, and occasionally negative part to play, and we’re not scared to go down the dark side either.” 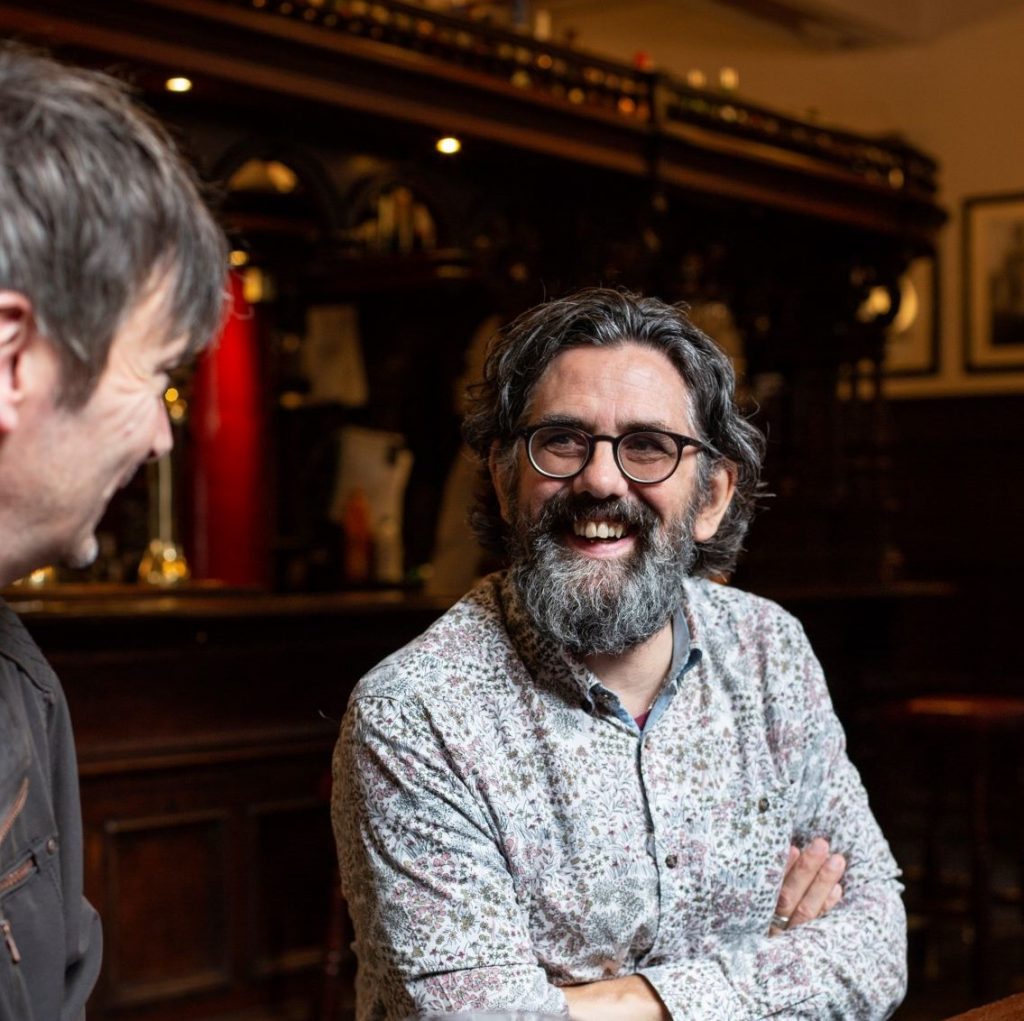 He thinks that the Scotch whisky business hasn’t and doesn’t always make full use of this cultural depth beyond rather cliched images of tartan and stags: “I think you can find companies, and it doesn’t matter what size they are, who maybe don’t get the importance of place, people and location, and see the depth and the resonance that whisky has and the role that whisky plays within communities, for example. And then you have other companies, including, I would argue, the biggest of them all [Diageo], who really do identify that and really do understand that and want to maintain that and build on it.” He went on to elaborate on this point: “I think the firms who have perhaps gone down more of a pure marketing route with whisky are the ones who perhaps are struggling at the moment, in a world where the nature of whisky has changed and is changing rapidly. Because if you look at Japan, America or any other country in the world who is making whisky, the first thing they are saying about their whiskies is, ‘this is where it comes from and we’re not Scotch. We are doing this and that and it’s different’. I think Scotch, mainly because of its dominance of the market, hasn’t necessarily had to do that and if it has done it it’s maybe done it in a casual way. But it’s a real motivation for consumers these days; knowing where something comes from.”

Broom, who I am sure needs no introduction to readers, has been writing about his subject for, as he puts it, “a ridiculously long time!” I asked him what had changed most in this time: “When I started writing about whisky there were 70 distilleries operational in Scotland. By the end of this year it’s probably going to be 140. So that’s the biggest change. There was one distillery in France, there are now a hundred distilleries in France making whisky. And there was nowhere making it in Australia, if you know how many distilleries there are in Australia these days. The manner in which whisky has become a global phenomenon is incredible.” And this global spread of whisky looks set to continue with Pernod Ricard opening a single malt distillery in China. Indeed, Broom is off to China in a couple of weeks time. “If China does really take off,” Broom said, “then there won’t be enough whisky in Scotland to be able to cope with demand there.” Broom thinks it’s understandable, therefore, that the big boys in Scotch whisky are betting on vast new markets like China and India by ramping up production. 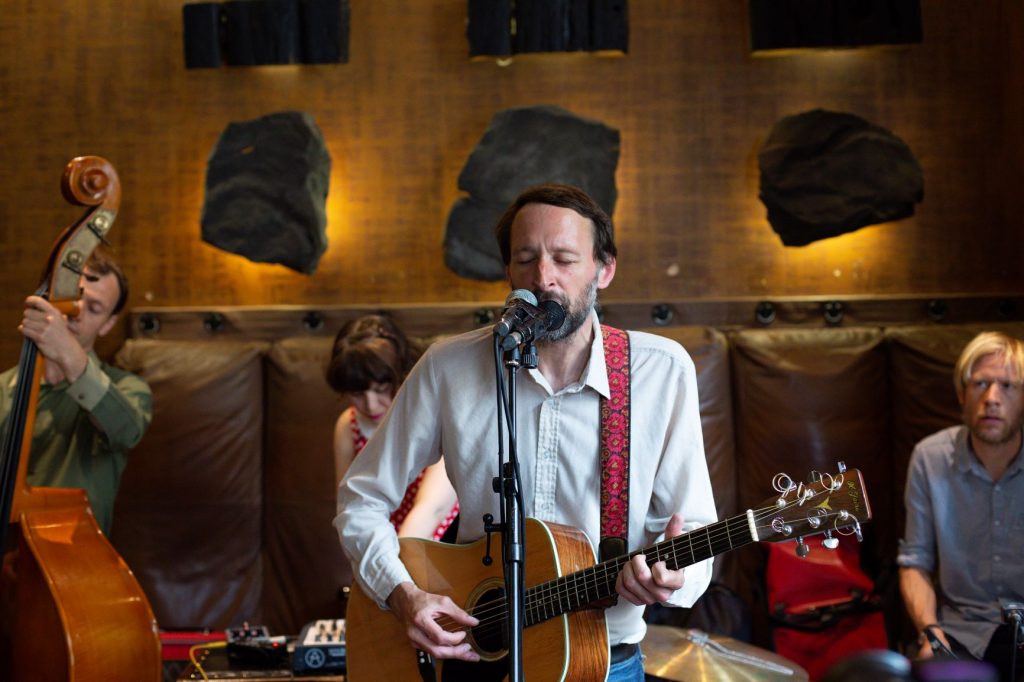 But he isn’t entirely sanguine about the future. “At the same time I am concerned because I’m not noticing existing consumers drinking more, I’m noticing existing consumers drinking less, if anything,” Broom said, “so they’ll have a glass of wine one night and they might have a glass of whisky another night and they might have a gin and tonic the night after. So people aren’t just whisky drinkers anymore.” Growth isn’t limitless and at some point, the market will contract. “Who will flounder?” Dave wondered,  “I think of the new ones, the ones who haven’t worked out what makes their individual distillery standout in an incredibly crowded marketplace. It takes a long time and a lot of money to build a brand and a distillery. The ones who really think about it from the word go in terms of quality and in terms of character are the ones who will be better placed to weather future storms. Those who just kind of do cookie-cutter distilleries and make a whisky whose style is similar, if not indistinguishable, from other larger players in the market are the ones who will suffer.”

After such seriousness we turned back to the rather jollier matter of the great world whisky community without whom The Amber Light would not have been possible. The film was crowd-funded because, as Broom joked, “we didn’t have any money ourselves. There is a sense of community within the whisky world and people, if people had not put their hands in their pockets this film would not have been made and we’re incredibly grateful for the fact that people did.” So are we.

The Amber Light is released on the 22 November. See here for venues and special screenings featuring a Q&A with director Adam Park.