For anyone who has so much as casually glanced at our interwebsite, Ron de Jeremy is clearly a product we love. We love it so much so we’ve blogged about it; emailed our beloved customers to alert them to its very existence; and even spent a weekend with Ron Jeremy himself at RumFest (a day in which we observed hundreds of people clearly not sure whether or not they should admit to recognising him).

The point is this: celebrity-endorsed things are super cool. Amongst our favourite items include Kevin Costner’s Oil-and-Water Separator, Danny DeVito’s Limoncello, Santana DVX (it’s so crisp)… 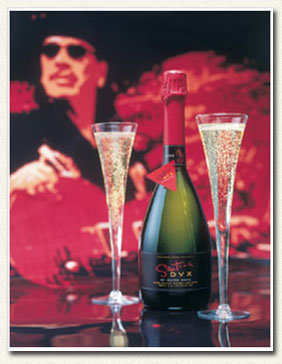 Santana Champagne, from him to you…

To the untrained eye this is the most nonsensical piece of inanity that’s ever been. It’s vodka, packaged in a crystal skull, made by Dan Aykroyd (the same Dan Aykroyd that starred in Blues Brothers, Ghostbusters and scores of other brilliant films). There is some logic to the crystal skull though, as when you dig a little deeper it turns out that Dan is really into spiritualism and believes in a thing he calls “the invisible world”, where otherworldly beings are a “form of reality as valid as normal reality”.

Here’s an image of what he does when he comes across these otherworldly beings: 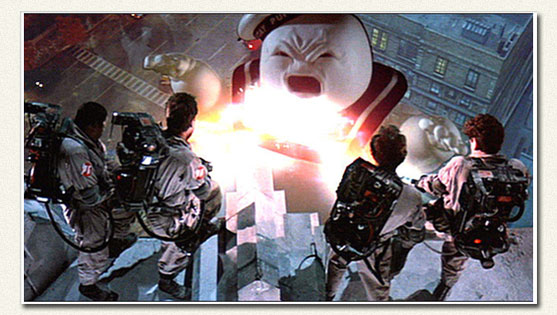 Another important aspect of this is that it has nothing to do with Indiana Jones and the Kingdom of the Worst Sequel Ever Made. You know… the one where there are aliens and Indy survives a nuclear blast in a fridge. That one…

The crystal skull legend, however, does hold some truth. In fact, 13 crystal heads have been found around the world, from the American southwest, to Tibet, and they date from between 5,000 and 35,000 years old. They are rumoured to offer spiritual enlightenment to all who possess them, and Dan Aykroyd knew this and used them as a symbol of spiritualism, filling them with delicious vodka. The project came about after Dan and his friend, the artist John Alexander who designed the bottle, had been researching the legend of the crystal skulls. 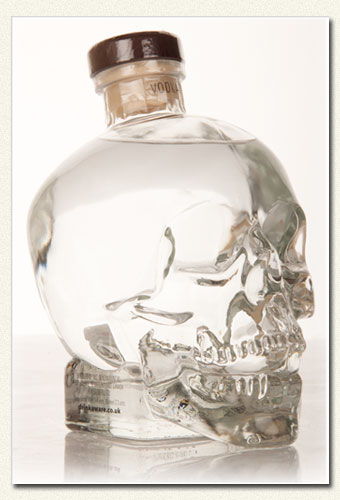 Instantly, for its sheer bonkers nature and the fact that it involves Dan Aykroyd who ranks high up on our list of awesome, this joins the hallowed ranks of epic celebrity products like Steven Seagal’s energy drink “Lightning Bolt” and David Lynch’s organic coffee. 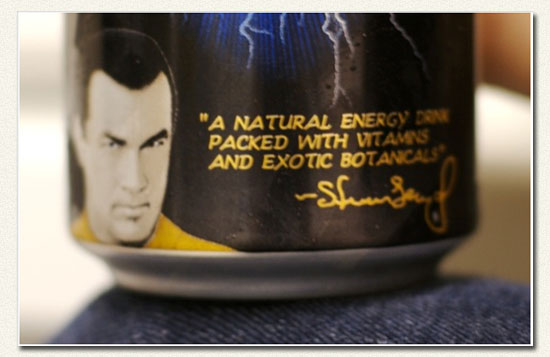 “You guys think you’re above the law, well you ain’t above mine. “

Perhaps the best thing of all is the fact that Crystal Head vodka is a “proper” vodka. It’s made in a very painstaking manner, being distilled four times and diluted with pure Newfoundland water. It’s filtered through 500 million year old crystals known as Herkimer diamonds and it’s not only additive-free, it’s also Kosher-certified! Finally, it’s packaged in glass made by the Italian company, Bruni. The result is a fabulous little vodka, that not only looks amazing but tastes sublime too (one of the creamiest, purest vodkas we’ve ever tasted, and that’s saying something).