In the early 2000s, Compass Box turned industry heads with the launch of a 100% blended grain Scotch whisky called Hedonism, the first of its kind. Twenty years and more than 100 whiskies later, the team has released Hedonism Felicitas – a tribute to the legendary bottling that launched the brand. Here, founder John Glaser reflects on two decades of whisky-making…

It’s hard to imagine the modern Scotch whisky industry without Compass Box. Ever since its inception, the company has sought to take the category in directions others daren’t – challenging Scotch whisky convention with different uses of oak, advocating for greater transparency in whisky, and, of course, reimagining what blended whiskies could be.

“Launching our business with Hedonism was widely seen at the time as unusual, because so few Scotch whisky companies bottle 100% grain whiskies,” Glaser said. “I am hopeful that over the years, we have shown people how delicious good quality Scotch grain whisky can be and as a result, Hedonism has become a signature whisky for us.”

This desire to think differently is reflected once again in their latest bottling, a combination of three grain whiskies – Port Dundas, Strathclyde and North British – each distilled in a different decade. “Hedonism Felicitas is intended to convey the good fortune, happiness and gratitude we feel having met and worked with so many remarkable people,” whiskymaker James Saxon, who led the project, commented. 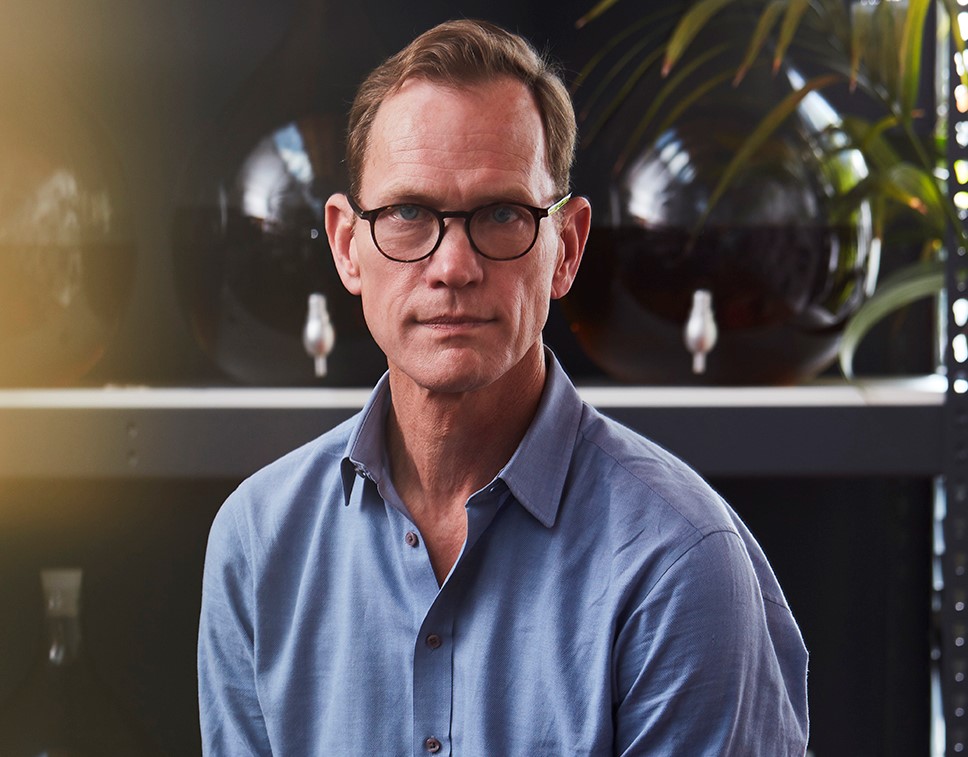 On October 23, 2000, Glaser began blending whiskies at his west London home. Today, the business boasts two blending rooms in London, 20 international staff, independent stocks of maturing whiskies in Scotland, and more awards for innovation than any other Scotch producer. As Hedonism Felicitas hits shelves (and sells out almost instantly), we caught up with Glaser to chart the rise of Compass Box from the inside…

Master of Malt: Congratulations on two decades of Compass Box! Could you talk about what the company was like when you first launched Hedonism, and how that initial set-up compares to today?

John Glaser: Thank you! At times, I do struggle to believe it has been 20 years. When Hedonism Batch 1 emerged from the bottling line, ‘the company’ was just me. I’d create blends from my kitchen table in west London, writing my recipes in a little notebook. The ‘office’ moved to a basement property underneath a hairdresser in Marylebone before we created our blending rooms in Chiswick. From a team of one, there are now nearly 20 people lending their energy and creativity to Compass Box. Back in 2000, I’d be in contact with both brokers and distilling companies about stocks which isn’t so different from now. That being said, I was only making one whisky, whereas today we need to source supplies for eight regular releases. Many more casks go into each release, too, whereas the original Hedonism comprised just two casks. The idea that we can always improve appeals to me a great deal – that intention to make things better has very much stayed the same.

MoM: Across experimenting, finalising a blend and releasing the end result, is there any aspect of the development cycle you enjoy more than the rest?

JG: Every stage of making a whisky has its fascinating moments and is rewarding in its own way. I still love coming across a parcel of whisky which is truly delicious, one for which so many ideas arise. However, the biggest ‘thrill’ comes when we know we have found the recipe for a new product; there is nothing more we wish to do to make it better. It’s fantastic to taste the liquid at this stage and say, “We’re really going to make people happy with this. People are going to love it.” 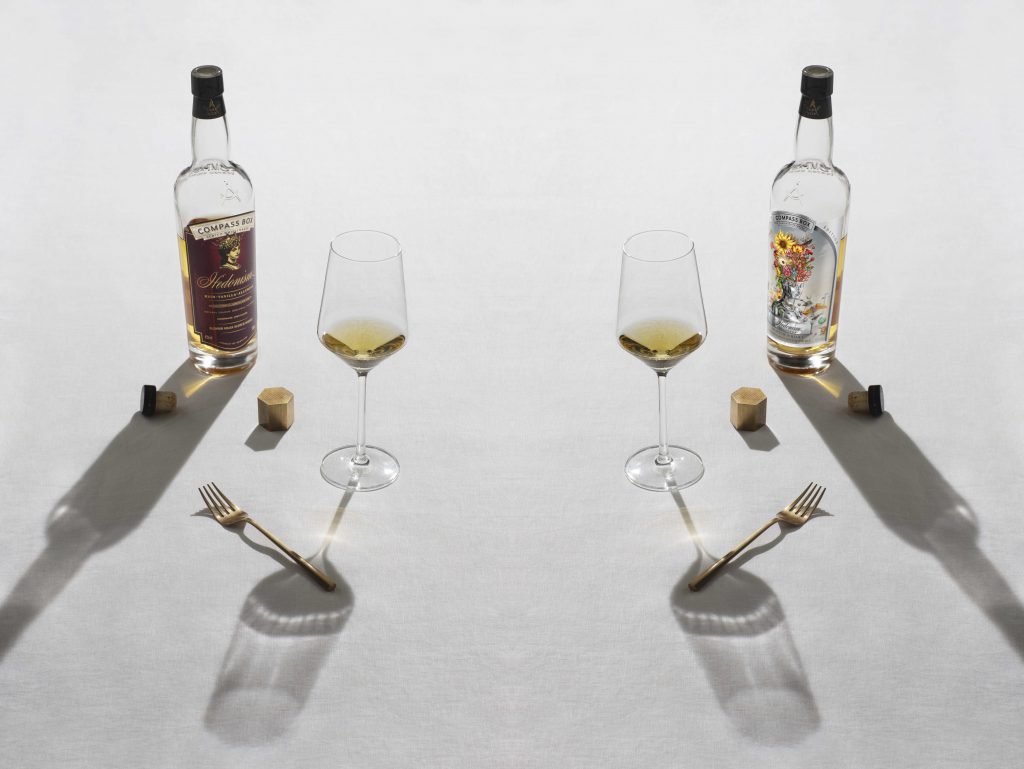 Compass Box Hedonism (left), and the new Felicitas bottling which is sadly sold out

MoM: Hedonism Felicitas pays tribute to the whisky that originally launched the company. When you were developing it, did you set out to create a specific flavour profile?

JG: We did not start with a specific flavour profile in mind, other than to keep it within our defined ‘tramlines’ of what a Hedonism-style grain whisky is (namely, a vanilla-driven style and a softness on the palate). For any limited edition Hedonism, we want to capture the compelling richness and sweetness of aged Scotch grain whisky so, for Felicitas, it was a question of sourcing stocks that would ensure we could achieve that. Parcels came in and were removed over the eight months it took us to agree the recipe. We were very happy with five barrels of aromatic and silky whisky from the Strathclyde Distillery, but it wasn’t until we included the sherry butts of whisky from Port Dundas Distillery that we struck on the necessary richness. Then it was about adjusting the bottling strength to ensure the whisky carried itself in the right way.

MoM: Looking in, the company has accomplished so much in those 20 years. Could you share one or two of your most memorable highlights?

JG: There have been so many. One of the early highlights was the famous whisky and beer writer Michael Jackson giving me our first award for whisky innovation in 2002. He called me the enfant terrible of the whisky world, which I took as a compliment. That was the first time I felt that the whisky ‘industry’ was taking Compass Box seriously. Years later, after a staff tasting at the original Milk & Honey bar in New York, Sam Ross used Compass Box whiskies I’d left behind to create the Penicillin cocktail. If Compass Box were somehow to go away tomorrow, the Penicillin cocktail would live on. It’s nice to know we played a small role in the creation of a contemporary classic in the cocktail canon.

The Compass Box range is available from Master of Malt.