Henry Jeffreys
No Comments on Cocktail of the Week: The Pink Lady

If you’re sick of wall-to-wall pink for Valentine’s Day, then look away now, because this week we’re shaking up the pinkest thing in the known universe. Pinker than the Pink Panther, pinker than a pink shirt from Thomas Pink, Pinker even than the Pink herself, it’s the Pink Lady!

It has nothing to do with the Pink Ladies from Grease, but the Pink Lady is named after a musical. A show called The Pink Lady ran on Broadway before the First World War and it must have been a hit to have a cocktail named after it. The Pink Lady cocktail, however, would have to wait until Prohibition before is became a certifiable hit. The key ingredient, grenadine, is not only a pinking agent but it’s useful for disguising the taste of bad gin. Since its 1920s heyday, the Pink Lady has has fallen out of fashion. It’s seen as a rather kitsch drink. Jayne Mansfield, famous for her luridly decorated Los Angeles home known as the Pink Palace, was a fan.

Originally, a Pink Lady would have been a very gin heavy cocktail. In Harry Craddock’s 1930 Savoy Cocktail Book, it’s basically neat gin (he specifies Plymouth) shaken with a tablespoon of grenadine and an egg white. Fierce! But by the 1940 and ‘50s it had evolved into something extremely sweet and somehow cream had crept into the recipe. That’s a step too far but nevertheless a properly-made Pink Lady should slip down a little too easily. 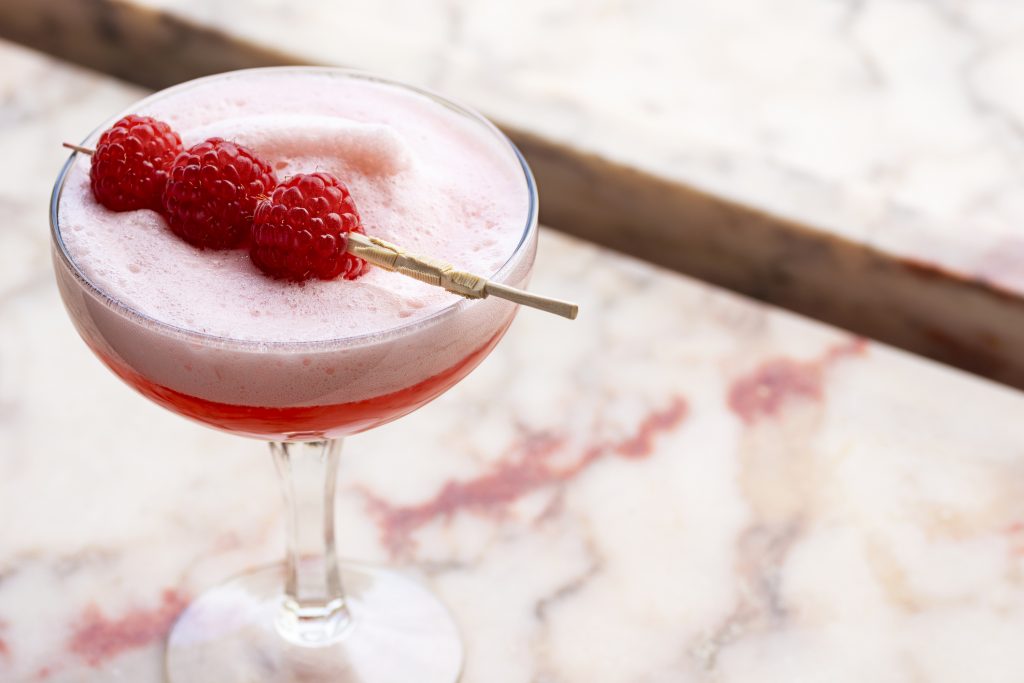 The perfect version should fall between Craddock’s (too) basic recipe, and the more baroque constructions that came later. In David A. Embury’s The Fine Art of Mixing Drinks, the Pink Lady comes under variations of the sour. The key thing is the lemon juice which freshens it up and stops the grenadine becoming cloying. Embury includes applejack (American apple brandy sometimes made with the addition of neutral alcohol) in his recipe, something taken up by later drinks writers including Eric Felten and Richard Godwin. Very nice but today I’m just sticking with gin. In this case Bathtub to give it a bit of Prohibition glamour. If you want to do a light Charleston while shaking, then that’s all to the good.

The results are absolutely delicious. Pink is having a bit of a moment, what with pink gins, pink wines and, err, all the other pink things. If it’s pink, it sells. So, I think the Pink Lady is long overdue a revival, don’t you? Here’s how to make it.

How to make a Pink Lady

Dry shake all the components hard, add ice and then shake again. Double strain into a chilled coupe or Martini glass and serve with a maraschino cherry or a raspberry.

You can always make your own grenadine, see this recipe.