Cocktail of the Week: The Penicillin

Adam O'Connell
No Comments on Cocktail of the Week: The Penicillin

This week we turn our attention to one of the great modern cocktails and the ultimate smoky Whisky Sour: the Penicillin cocktail!

I’ve been thinking about pineapple on pizza a lot recently. Mostly because it seems everybody else has been doing the same. It’s somehow the most divisive culinary conversation of our time (a 2017 YouGov poll found that 29% of people hate the idea. Not dislike it. Hate it.) and its bizarre and brilliant creation continues to amuse.  You see, the controversial pizza style was invented in 1962 in Canada. By a Greek immigrant called Sam Panopoulos. Who was inspired by Americanised versions of Chinese meals such as sweet and sour chicken. So he put a South American fruit on an Italian dish. Which then became to be known as a Hawaiian. What a ridiculous species we are.

This trail of thought made me realise that one of my all-time favourite cocktails, The Penicillin, is also a cross-continental innovation. The Scotch whisky-based serve was invented by an Australian, Sam Ross, in a Manhattan bar, Milk & Honey. While working at the iconic New York bar back in 2005, Ross (now the owner of Attaboy) began riffing on a Gold Rush, which is essentially a Whisky Sour with honey in place of sugar. A recent shipment of Compass Box whisky prompted him to swap bourbon for blended Scotch whisky as the drink’s backbone before he added fresh lemon juice and homemade honey-ginger syrup. What took the drink to the next level, however, was his decision to float some peaty whisky on top.

What he created was The Penicillin cocktail (a name that’s a nod to medicinal associations ginger, honey, lemon and whisky have), a terrifically smoky Whisky Sour that’s surprisingly easy to make. Which is one of the things I love about it. Ross managed to do something remarkable, create something truly delicious and yet brilliantly simple. It’s what cocktail innovation should be all about. What Ross didn’t realise until later is that he’d also created that rarest of things: a modern classic. The Penicillin cocktail was, for a short time, a New York secret. It wasn’t long, however, before the cocktail started popping up on menus all over and by 2016 cocktail historian Robert Simonson was calling it “the most well-travelled and renowned new cocktail of the 21st century,” in his book A Proper Drink. 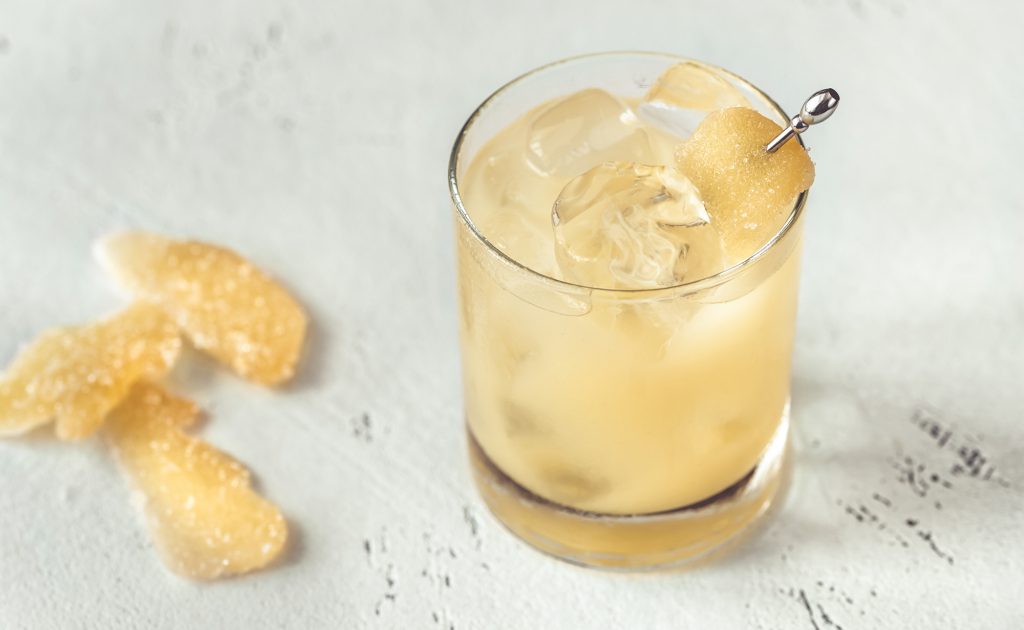 It’s not often you get to see peated whisky shine in a cocktail, but it does here

The secret to the Penicillin cocktail’s success

The Penicillin cocktail’s popularity seems inevitable looking back. It appeared on the scene as pre-Prohibition era serves were making a comeback and whisky cocktails began to cement themselves in drink culture. The profile was delicious and familiar enough to be inviting to those who wouldn’t usually imbibe whisky-based cocktails, but also complex and just strange enough to appeal to those who desired innovation.

Whatever category you fall in, it’s worth noting that, as with all spirit-forward serves, your Penicillin cocktail is only as going to be good as the whiskies you use to make it. If you want to go truly classic, the Compass Box combo of Great King Street Artist’s Blend and Peat Monster works a treat. Personally, my go-to is the mellow, creamy, sweet, fruity and ever so slightly smoky Black Label, which comes into its own in a Penicillin cocktail. For the peated whisky, you can go for any number of classic Islay bottlings, but the delicately sweet and a measured maritime note of Aerolite Lyndsay brings a classic Islay vibe without going overboard on the smoky elements so I’m using it. Don’t be afraid to play with the ratios of the peaty whisky. If you’re a cautious person, 5ml will be a subtle introduction. On the other end of the scale, 25ml should put some hair on your chest.

In the Difford’s Guide edition of the cocktail (which is excellent. Big-ups), the recipe calls for combining ginger liqueur and honey, which is simpler and less time consuming, but also more expensive than what Ross’ original recipe called for, a homemade honey & ginger syrup. So, I thought it was worth breaking down how you make one of those too. Begin by combining 250ml of honey with the same amount of water and one peeled and sliced piece of ginger root (six inches is about right. Stop laughing) in a small pot and bring to a boil. Reduce the heat and simmer for 5 minutes, before refrigerating the syrup overnight. Give it one final strain and discard the solids and you’ve got your syrup. Now let’s combine it all together with some Scotch and fresh lemon juice! 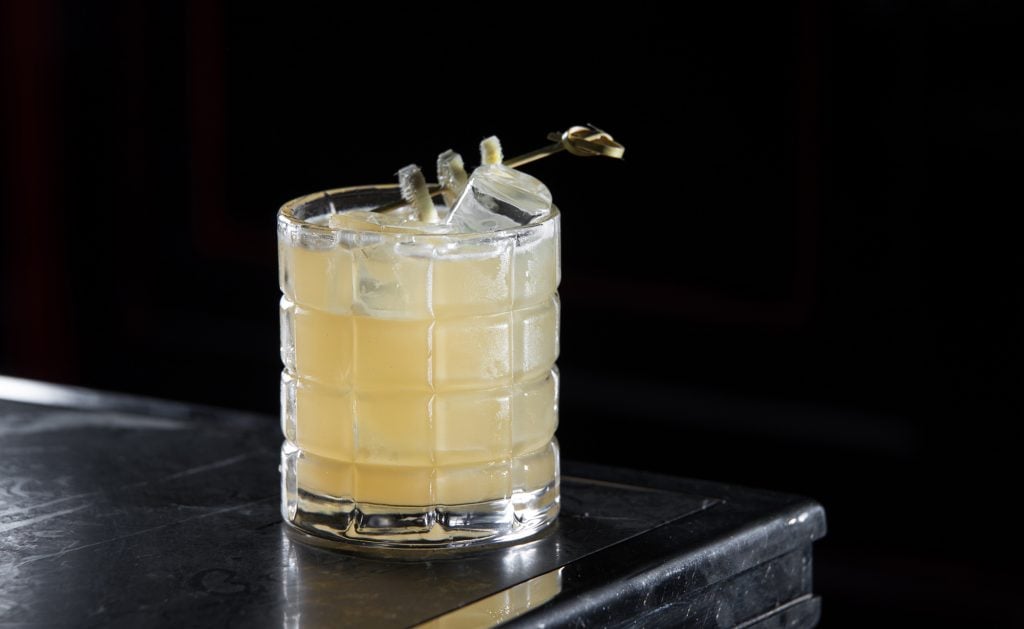 How to make The Penicillin cocktail:

Combine the blended whisky, lemon juice, and honey & ginger syrup into your cocktail shaker. Fill it with ice and give it a good hard shake, then strain into a chilled rocks glass over a large piece of ice. Then, very gently if it’s your first time, pour the smoky whisky slowly over the back of a spoon so it floats delicately on the top of the drink. Garnish with candied ginger on a skewer and enjoy!

Easy cocktails to make at home

What on earth is new make spirit?