Henry Jeffreys
No Comments on Cocktail of the Week: The French Martini

Today we’re rolling up the sleeves of our suit jacket à la Hall & Oates to make a cocktail that’s not particularly French and not really a Martini. It’s the French Martini!

Often the word French is appended to things to make them seem more sophisticated or sexy than they really are. French fries are actually Belgian, French kisses were invented in Dunstable (fact!) and have you ever seen French toast (or eggy bread as we used to call it when I was growing up) in France? Which brings us on to this week’s cocktail, the French Martini. It is, like most cocktails, an American creation. It was invented or at least popularised in New York City by a man with possibly the least French name ever, Keith McNally.

McNally was a big noise in ‘80s and ‘90s New York (and still is). Such a big noise that The New York Times described him as: “The Restaurateur Who Invented Downtown.” Just as the French Martini isn’t very French, McNally isn’t American. He was born and raised in Bethnal Green. After a stint as a child actor in London, McNally came to New York in 1975 and opened a series of French-inspired restaurants such as Pastis, Cherche Midi and Augustine. His most famous venue, however, was Balthazar which became the hippest joint in town when it opened in 1997 and the French Martini was the trademark cocktail. It quickly crossed the Atlantic and found a home among the Cool Britannia crowd at the Met Bar in London. Balthazar itself arrived in 2013 with a branch in Covent Garden.

You don’t get more 90s than the French Martini, or rather, could it be any more ‘90s? It’s not only made with vodka but pineapple juice too. It’s part of the wave of so-called Martinis that were all the range back then like the Pineapple Martini, the Appletini, the Espresso Martini etc. etc. The French part comes from the addition of Chambord, a French raspberry liqueur with packaging so elaborate that it looks like a medieval incense burner, or, for Monty Python fans, the holy hand grenade of Antioch. 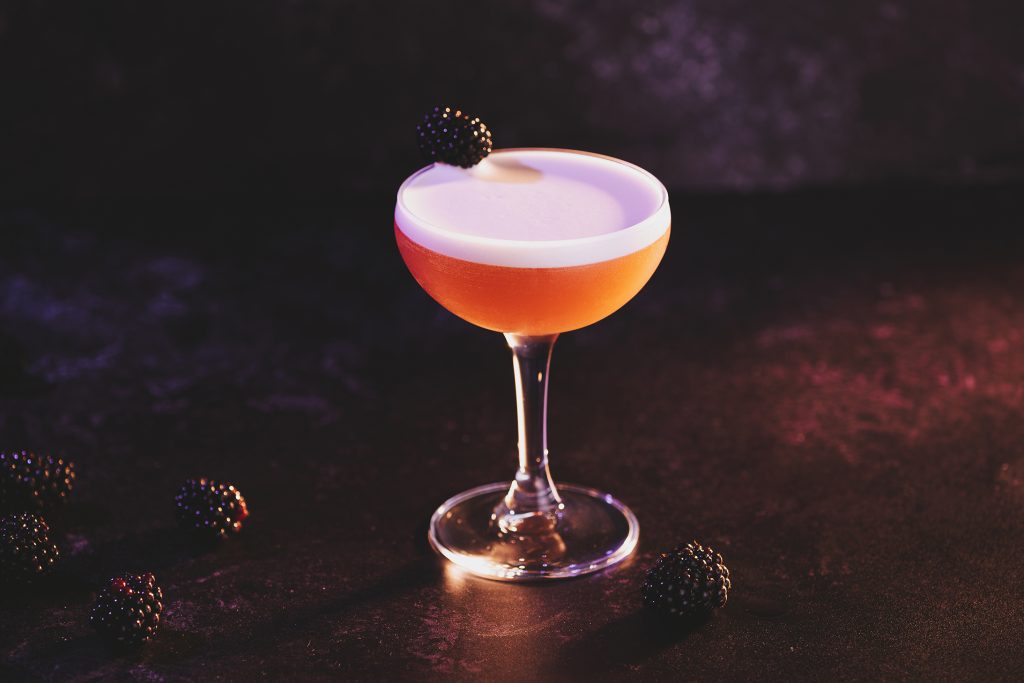 How to make a French Martini

A squeeze of lemon helps temper the sweetness but still it might be a bit sugary for some so this week we’re using a fiery peaty whisky instead of vodka, Laphroaig 10 Year Old. According to Simon Difford, this variation is actually known as a Le Frog. See what they did there? Vodka or whisky, however you make it, make sure you’re dressed appropriately. We’re thinking baggy grey Armani suit like Richard Gere in his prime, and don’t be afraid to roll the sleeves up a little. Nice. Right, that’s enough preamble. Let’s make a smoky French Martini:

Pour all of the ingredients into an ice-filled cocktail shaker and shake hard for eight seconds. Strain into a chilled coupette, garnish with a blackberry or raspberry and serve.