Cocktail of the Week: Sangria

Henry Jeffreys
No Comments on Cocktail of the Week: Sangria

This week we’re making a fancy take on a Spanish summer classic. A blend of red wine, lemonade, and all kinds of other things, it is, of course, Sangria!

Normally for this weekly slot we add a definite article to the cocktail eg. the Dry Martini, the Screaming Orgasm etc. but to call something the Sangria just sounds ridiculous. Perhaps because Sangria is such a relaxed sort of drink. All you need is red wine and then you just add to it: lemonade, fruit, brandy, whatever takes your fancy.

The Spanish have all kinds of delicious red wine-based summer thirst quenchers which fulfil a role much like Pimm’s, but without all those Wimbledon/ Henley/ jolly hockey sticks-type cultural associations. There’s tinto de verano – meaning dark wine of summer – which is a blend of red wine and lemonade. By lemonade I mean the sort of synthetic 7-Up style stuff that we call lemonade in England, not the homemade thing containing real lemons that American children sell in films for 25c a cup. 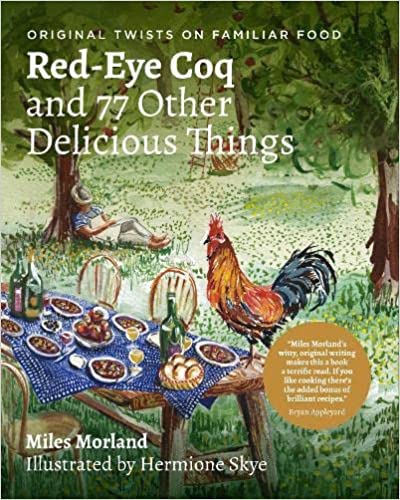 Then there’s something called a Calimocho which I discovered from Jason Wilson’s newsletter Everyday Drinking, which is well worth subscribing to. It’s usually made from equal parts wine and Coke but Wilson’s version is fancier. It’s a blend of two parts Spanish red, ideally a Rioja crianza (meaning aged in oak), with four parts Coca-Cola, half a shot of Grand Marnier, and a dash of Angostura bitter. It sounds a bit revolting but, Wilson writes, “you will be surprised (and perhaps disturbed) by how well an oaky Tempranillo blends with cola.”  If you think about it, red wine combined with the sweetness, spice and citrus you find in cola isn’t so far off the taste of mulled wine.

Moving away from Spain, I like to make an Italian-inspired red wine cocktail. It’s essentially a Bicicletta but made with red wine instead of white. Ideally you should use a light slightly bitter red like a Dolcetto, Barbera, Valpolicella, or a cheapish Chianti, not your finest Barolo. Such wines work beautifully with the bittersweet flavours of Campari. I like to make it with equal parts Campari and red wine, stirred with ice and topped up with soda water. It’s great for using up wine that’s been open a few days.

Sangria, however, is the daddy of all red wine-based summer drinks. The name comes from the colour, ‘sangre’ is Spanish for blood. The beauty of it is that it can be as fancy or as basic as you like. When I was a teenager in Barcelona trying and mostly failing to learn Spanish, mainly because I had a Danish girlfriend, we used to drink cartons of Don Simon Sangria in the park. You can just mix red wine, fruit juice, and lemonade, and nobody is going to complain. Or you can posh it up a bit, as with the version below.

The recipe comes from a cookbook called Red-Eye Cock and 77 other delicious things by Miles Morland. He’s not a trained cook, or indeed bartender, just someone who in his long life has learned a thing or two about delicious things. He’s also a wonderful writer and I’d highly recommend buying a copy. 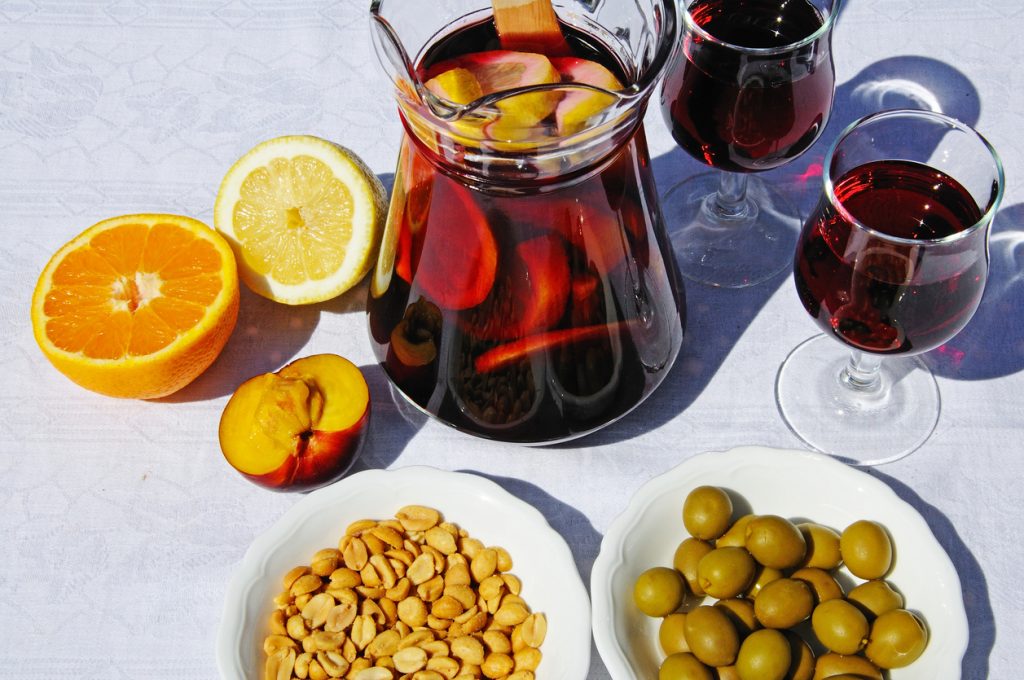 The recipe comes from the Ritz in Madrid where Morland was staying having biked across France and over the Pyrenees. Motorbike that is. I’ll let him tell the rest of the story:

“I arrived just after noon, dirty and travel-stained from the road. An immaculate doorman unloaded my panniers and took my bike off for a good cleaning. I checked in, showered, put on clean, crisp clothes, and looked at my watch. It was two in the afternoon. The Americans would not be arriving till five. I sauntered down to the Ritz’s elegant garden, parked myself in the shade, opened a book and, it being a hot day, ordered an inoffensive jug of Sangria. At four I ordered a second jug. It was cool and refreshing, not too much of the fruit salad that tourists restaurants put in Sangria.

The afternoon drifted by, the book was excellent, and at 5:30pm there was a cry from arriving Americans, ‘Hey Miles, buddy, how you doing?’ I jumped to my feet to greet them and suddenly realised that my legs were buckling at the knees. I was going down, Titanic-style. I was literally legless. I grasped my chair and sat down quickly before I did face-plant across the Ritz lawn.”

So that’s a pretty fearsome drink. In the book he refers to it as ‘Sangria Paralitico.’ You’ll be pleased to know that Morland had a cold shower and was able to join his guests for dinner. But he couldn’t forget the sheer deliciousness of that Sangria: “I emailed the Ritz Madrid, for the attention of the head barman. How did he make his Sangria? The next day an email in Spanish came back with the recipe, “Una bottle de Rioja, una copa de conac…”  You may think Sangria is a debased drink, cheap wine, fruit salad, cheap fizz… That’s what it usually is. But not at the Madrid Ritz. Here’s the English translation of the recipe.”

And without further ado. How to make the perfect Sangria, Ritz Madrid-style.

How to make the perfect Sangria

Pour the wine, brandy, and Cointreau into the jug over the ice. Add the orange chunks giving them enough of a squeeze to release some juice, top up with ginger ale, stir and serve in long glasses. After three glasses don’t attempt to stand up.

£16 million Ardbeg cask: a source of pride for everybody?